Queen Elizabeth will soon be meeting with Prince Harry and Meghan, Duchess of Sussex to review the Megxit deal they made a year ago. According to a royal expert, Her Majesty is willing to allow Harry to return for “major royal milestones.” However, she reportedly wants to clip her grandson’s wings first. 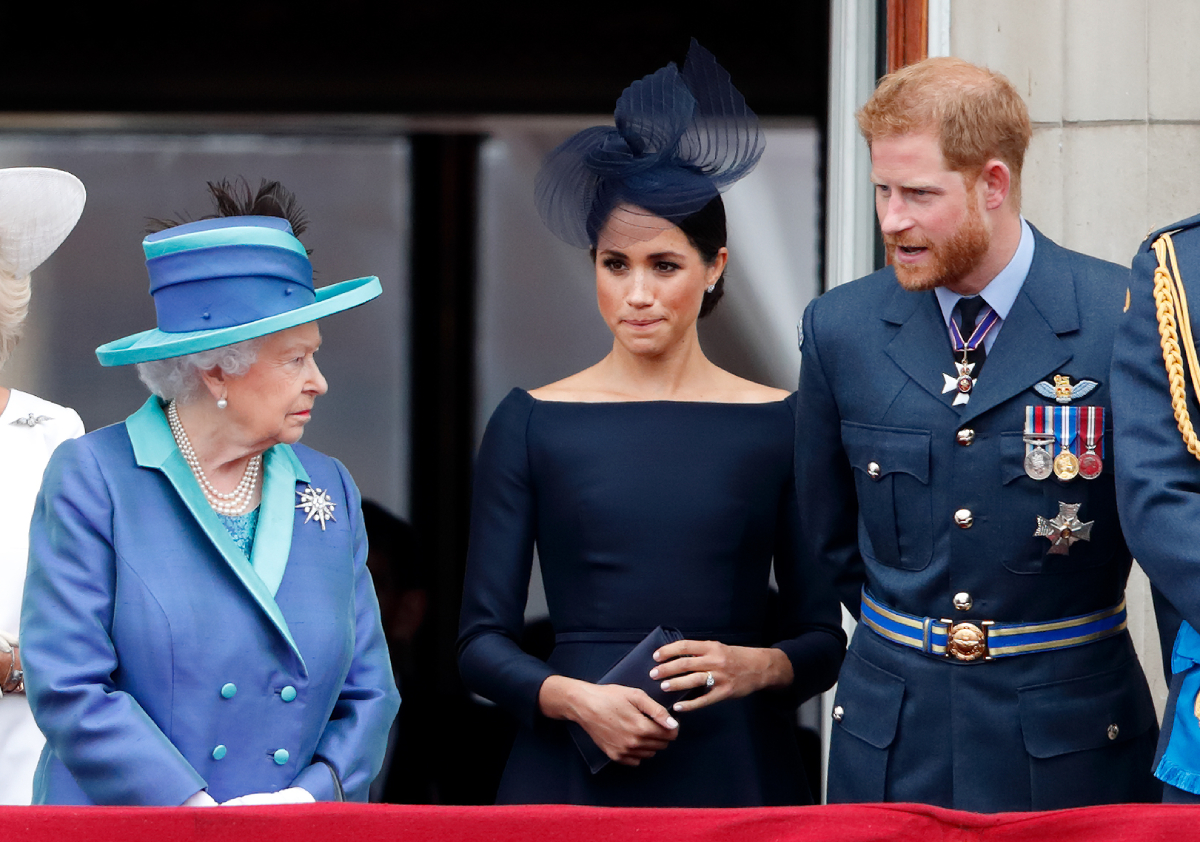 According to Express, when Harry and Meghan meet with the queen they are expected to ask for an extension. Royal expert Russell Myers claims that the couple wants more time to reevaluate the Megxit deal. This is because they weren’t able to launch their platforms this past year due to the pandemic.

Since March 31, Harry and Meghan have been living a private life in California away from the royal family. They also dropped their HRH titles and are earning their own money. The royal expert said that Harry and Meghan “just wanted to create a whole new sphere in what it meant to be a royal.”

Now, Myers says that the Sussexes want to renegotiate their deal so they can get something “better.”

“I think they’re hoping for a renegotiation of their deal,” Myers explained. “It was a big thing at the beginning of the year when they negotiated the Megxit deal. They kind of wanted one foot in, one foot out of the Royal Family.”

Myers noted that Harry and Meghan weren’t happy with how the royal family was treating them. At the same time, they wanted to make a lot of money and create a different platform for themselves through their deals with Netflix and Spotify.

The Duke of Sussex’s honorary military titles are in question

Myers believes that Harry will return to the UK in the near future so he can try to negotiate “a bit of a better deal” for him and his wife. When the Duke and Duchess of Sussex first stepped down as senior royals, the 12-month review was thought to be a way for the couple to return to The Firm if they wanted to.

However, things have changed since then. Now that they’ve purchased a $14 million mansion in Montecito, California, and have signed two huge deals with Netflix and Spotify, Harry and Meghan’s return to the royal family doesn’t seem likely.

There are still some unresolved issues that Harry and Queen Elizabeth need to address. Most notably, there is still a huge question about the Duke of Sussex’s honorary military titles. His appointments, including Captain General of the Royal Marines, are currently on hold for one year. But that is set to expire in March.

Soon, Queen Elizabeth will have to decide what happens to those titles. And, if Harry doesn’t get to keep the titles and duties, who will take them?

Queen Elizabeth is expected to ‘clip the wings’ of Prince Harry

When the queen does review the Megxit deal, she is expected to “clip the wings” of Prince Harry, Myers told Express. He says that Her Majesty will not ban her grandson from returning to the UK for major royal milestones. However, he says that they have to have a deal in place that works for “both parties.”

“Harry is a very popular member of the family however they do want to clip their wings a little bit,” Myers explained. “They have launched this juggernaut persona, they’re very, very popular in the states. They’ve been signing these big-money deals and it needs to work for both parties. I think that will be the main crux of these meetings that are coming up in the future.”

Myers says that there is already “a lot of water under the bridge.” But, he believes that tensions are still running high. He recalled that Harry and Meghan’s announcement was a bombshell because they didn’t tell Queen Elizabeth, Prince Charles, or Prince William in advance.