Nationals MPs are drafting a plan to add destinations to the $1.2 billion federal scheme to slash the cost of flights to major tourist hubs, in a revolt against the narrow list of travel options.

The federal MPs are furious about rules that limit the half-price flights to 13 regions and offer only one destination each in Victoria and NSW, setting up a test of the coronavirus rescue package when Parliament resumes on Monday. 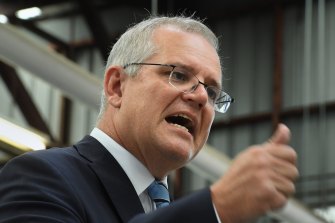 Prime Minister Scott Morrison says the government is open to adding regions to the scheme.Credit:Kate Geraghty

Prime Minister Scott Morrison acknowledged the demands on Friday by saying he would look at adding other locations to the scheme, which promises to save tourism jobs by subsidising 800,000 cheap flights to be taken by the end of September.

Saying they are “livid” that some regions have missed out, Nationals MPs intend to meet on Monday to bring pressure to bear on Mr Morrison and Nationals leader Michael McCormack.

“It has the right intentions but the wrong rollout,” said Nationals MP Pat Conaghan, whose electorate of Cowper includes Port Macquarie and Coffs Harbour on the NSW north coast.

“We should be looking at other regional locations in NSW.

“And the scheme doesn’t provide anything for regional and rural residents. The 800,000 release has been city-centric.”

Victorian Nationals MP Anne Webster said she was disappointed for regional destinations such as Mildura and the Sunraysia district in her electorate of Mallee.

“It is one of the hardest hit in restrictions and border lockdowns,” she said of her region. “Once again we miss out on support – that’s terrible.”

Dr Webster said regional Victoria had been hit hard by state government restrictions, putting an obligation on Premier Daniel Andrews and his ministers to contribute more to tourism. 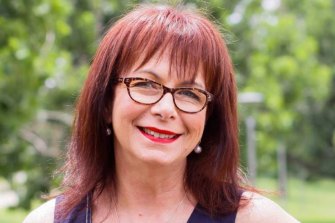 “It’s quite distressing, really, that so little effort has been put into regional areas that are heavily reliant on the tourism dollar,” she said.

The federal subsidy is meant to lower prices for flights to regions including the Gold Coast, Cairns, the Whitsundays, the Sunshine Coast, Alice Springs, Launceston, Broome and Kangaroo Island.

But the Morrison government has been criticised for naming only one Victorian destination, Lindsay Fox’s Avalon airport near Geelong.

“It is not fair, and we are disappointed,” said Acting Premier James Merlino. “You only have to look at the numbers. Five in Queensland, three in Tassie, two in the Northern Territory, just one in Victoria.”

The only destination in NSW is Merimbula on the south coast, a key town in the marginal electorate of Eden-Monaro, which Labor holds and the Liberals want to win at the next election.

Customers can book the tickets between April 1 and July 31 for flights to be taken by the end of September.

The government says it will cut the price of about 46,000 fares every week. It plans to monitor airlines to make sure they do not raise prices to take a profit rather than offer a discount.

Former Nationals leader Barnaby Joyce said the scheme should use a points system so more regions could gain the benefits.

Mr Joyce, who represents New England in regional NSW, said the scheme also needed incentives for “region to region” travel rather than cutting prices for flights out of the major cities.

“I’m glad they’ve signalled they might contemplate changes,” he said. “I’m not knocking it – I think it’s a good idea that could be made better with a few improvements.”

Mr Joyce said western Queensland destinations such as Longreach and parts of inland NSW depended heavily on tourism during some seasons.

Labor tourism spokesman Don Farrell said the federal plan did not offer enough help when the tourism industry had been seeking $7.7 billion in assistance.

“Tourism operators outside of the Morrison government’s 13 chosen discount fare destinations will still struggle just to survive and will still be forced to lay off staff,” he said.

The government is open to adding regions to the scheme but is not talking about adding to the 800,000 tickets or the overall cost.

“As other locations, we think, can become part of this scheme, then we will look at that, and we’ve already indicated that right from the outset,” Mr Morrison said on Friday.

“But the places we’ve picked, at this point, are really those who are most disproportionately impacted by the closing of international borders.”

The Nationals push does not appear to be gaining traction among Liberal MPs, who praised the policy and said it had to put a priority on tourist destinations suffering the most from the halt to most international flights.

Victorian Liberal senator David Van said choosing Avalon was the right decision and the state government could fund more tourism if it believed other regions were left out.

“There is nothing stopping the Victorian government putting its hands in its pockets and adding other regions,” Senator Van said.

The package includes another $130 million for travel agents to help them deal with customer refunds, on top of $128 million in December, but this is also causing concern because some agents have received more than others.

Mr Conaghan, a key advocate for travel industry assistance in Coalition party room debates, said some agents were unfairly treated because their assistance was measured by their GST rather than their turnover.

The Nationals MP is seeking a top-up for those agents on fairness grounds.