No hard feelings! Bachelor Nation’s Robert Graham shared his support for ex-girlfriend Becca Tilley after she revealed her relationship with Hayley Kiyoko.

The “Scrubbing In” podcast host, 33, confirmed on Friday, May 20, that she and the “Girls Like Girls” singer, 31, were in a relationship, writing via Twitter, “3rd time’s a charm 🌹 So so happy 🥰.” Tilley’s message came just hours after the premiere of Kiyoko’s Bachelorette-themed “For the Girls” music video, in which she made a cameo appearance. Moments later, she shared a video featuring highlights from their relationship on Instagram, writing, “Hard to say if this is a hard or soft launch, but it is a launch ❤️ #95p.” 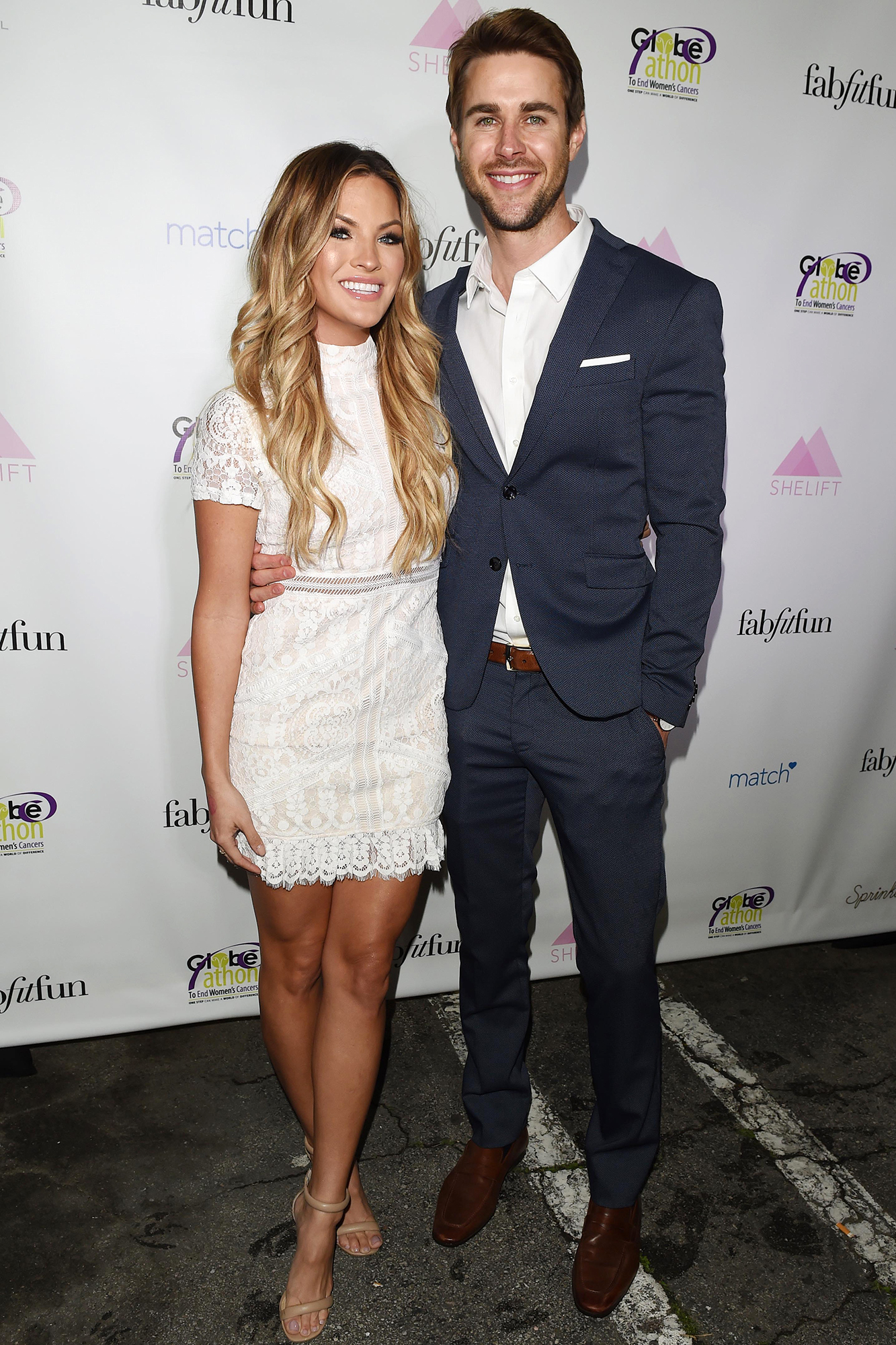 Graham, 38, was one of the many members of Bachelor Nation who shared messages of happiness and support in the comments of Tilley’s post. “YESS!!!” the Afterparty executive wrote. “I love this so much ❤️❤️❤️❤️❤️.” Tilley responded with a single red heart emoji.

Tilley, who competed on both Chris Soules and Ben Higgins‘ seasons of The Bachelor, confirmed she was dating Graham in a December 2016 conversation with Us Weekly. The pair called it quits in May 2017 and she later told Us that it was an amicable split. “It just ended. It wasn’t like one of us cheated or there was this bitterness,” she explained in November 2017. “I still care a lot about him and there’s no hard feelings. Hopefully on either side, but I can say that for me.”

The Louisiana native began dating Kiyoko around one year later, although she wasn’t ready to share their relationship with the world for quite some time. “I just think that my relationship that I’m in is just, I like that it’s private and it’s my own,” she exclusively told Us in September 2019, months after revealing on her podcast that she was “in love” with someone. “I had a public relationship before and it just felt like I had a lot of people involved, which I know that’s why they sort of watched me in the first place.”

More recently, the chiropractic assistant stated that she wasn’t “hiding” her romance from fans. “Being private on social media is not the same as hiding. People already have an opinion on about my relationship and I haven’t even shared it,” she explained during an Instagram Q&A in February. “Makes sense why I want to protect it? But maybe one day! It’ll be our choice though.”

To celebrate the premiere of “For the Girls,” however, Tilley openly locked lips with the pop star at a video release party in Los Angeles. “Becca mentioned they’ve been together for four years and she was just ready to share it,” a source exclusively told Us about the event, adding that the happy couple were “very happy” and “showed a little PDA” throughout the night.

Everything Becca Said About Hayley Relationship Before Confirming Romance

The insider continued: “It was Hayley’s night but it became Becca’s night too because she came out publicly with the kiss.”