Prince Harry has made it his mission to try and end the stigma surrounding mental health issues, and he’s doing so by speaking out about his own experiences. Over the past year, the Duke of Sussex has been candid about the pressure and unhappiness he felt as a working member of the royal family. He’s been honest about undergoing therapy and even admitted that his own wife, Meghan Markle, suffered from suicidal thoughts and depression (via GMA). During his brand new mental health docuseries with Oprah Winfrey, Harry admitted that his mother Princess Diana’s death triggered some issues within him and that he later turned to drinking while struggling with his feelings, per Express.

Harry also called out his father, Prince Charles, for not helping him break the cycle that appeared to be evident while living the royal lifestyle. “My father used to say to me when I was younger, ‘Well, it was like that for me, so it’s going to be like that for you.’ That doesn’t make sense — just because you suffered, that doesn’t mean that your kids have to suffer, in fact quite the opposite. If you suffered, do everything you can to make sure that whatever negative experiences that you had, you can make it right for your kids. Isn’t this all about breaking the cycle? Isn’t this all about making sure that history doesn’t repeat itself?” Harry stated (via Us Weekly). Now, one royal expert is praising Harry for his work in raising awareness for mental health. 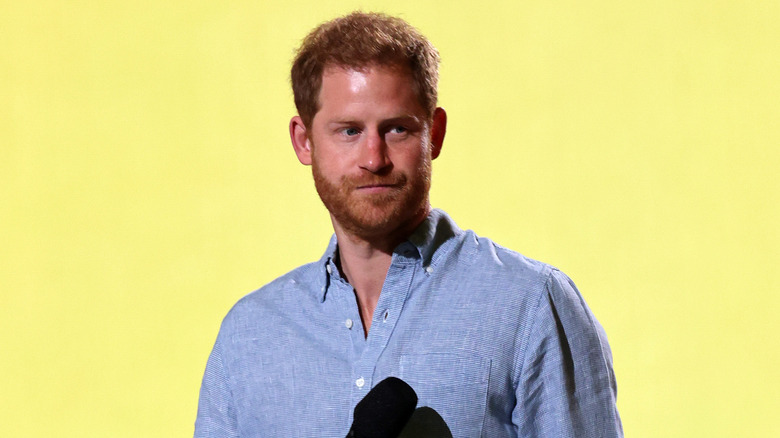 According to People Magazine, royal historian Robert Lacey is speaking out about the importance of Prince Harry’s willingness to open up about personal and private issues surrounding his own life and mental health. Lacey says that while the royal family may be uncomfortable with Harry’s comments, the docuseries “The Me You Can’t See” is doing the world a service by raising awareness. “The world is a better place for what Harry has done, but this is another blow for the British crown and royal family,” Lacey stated.

Meanwhile, journalist and mental health advocate Bryony Gordon claims that Harry has taken on “an important form of duty” by breaking the stigma surrounding mental health. “This is a man who, at the age of 12, was sent out to walk behind his mother’s coffin and console the masses outside Kensington Palace. I just don’t understand why we’re now angry with him that that might have affected him,” she says.

Page Six reports that Harry’s grandmother Queen Elizabeth has become “deeply upset” about the Duke of Sussex’s recent comments regarding the royal family and is taking it “very personally.” However, despite Harry’s remarks about his father, Prince Charles isn’t ready to cut Harry out of his life just yet. “Charles is such a gentle man and a dedicated father first and foremost. He’ll be feeling wretched. He wants to seek a reconciliation. He is not vindictive at all,” a source told the Daily Mail. Meanwhile, the royals are staying quiet on Harry’s comments for now.

If you or someone you know is struggling with mental health, please contact the Crisis Text Line by texting HOME to 741741, call the National Alliance on Mental Illness helpline at 1-800-950-NAMI (6264), or visit the National Institute of Mental Health website.