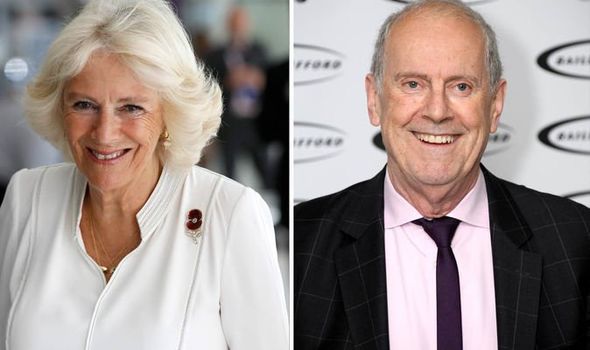 Author, ­presenter and former MP Gyles has been investigating what learning poetry by heart can do for the human brain with the Cambridge Memory Lab and other scientific bodies. It’s part of the research for his new book, Dancing By The Light Of The Moon. Over a cup of tea, Gyles talks widely about poetry, politics, Brexit, the royals and keeping sharp in old age. He also mentions his old friend and colleague David Cameron, ­currently publicising his own memoir, of which more later.

But Gyles is especially excited about the link between poetry and keeping dementia at bay.

“While researching cures for ­dyslexia, Professor Usha Goswami, of the Cambridge Memory Lab, discovered other stuff, including evidence that learning poetry by heart keeps dementia at bay,” he says.

“In a sense that’s obvious, because you look at Judi Dench, Eileen Atkins and Maggie Smith – all actresses in their 80s. They remember their lines because the brain is a muscle – if you don’t use it, you lose it. Memorising poetry is a way of exercising the brain.

“I’ve met with Dame Judi and she is hilariously funny and has been learning Shakespeare since she was a child.” 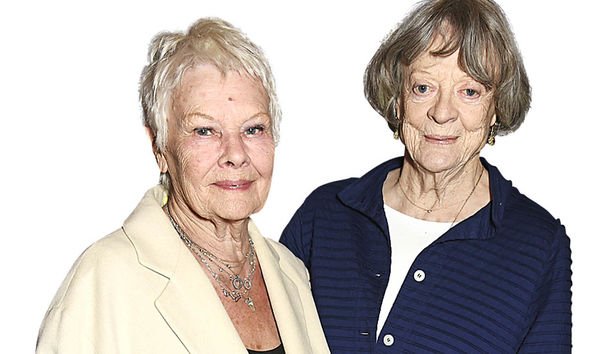 Gyles continues: “These people are my role models, as is Nicholas Parsons. He’s nearly 96 and still ­presents Just a Minute on Radio 4 in real time – there’s no editing. He too learns poetry by heart – he does a show about Edward Lear and he can recite The Owl And The Pussycat and reams of Lear poetry.”

Ever the entertainer, Gyles launches into the poem over the table in this posh London hotel. He also reveals that he chooses map-reading over the sat-nav while his wife, Michèle, drives, to exercise his brain.

“The problem with sat-navs and television is that they’re both passive activities. You’re just receiving ­information. I’ve seen all the science and navigating with a map keeps your brain sharp.”

His latest passion project, aimed at promoting reading, poetry and everything in-between is Poetry Together. And he’s roped in some big-name supporters, including the Duchess of Cornwall.

Held throughout October, the ­project will see schoolchildren and OAPs coming together for tea and poetry.

“A while ago I thought, ‘You want to make the world a better place and believe poetry is good for you. Do something about it’,” says Gyles, a grandfather of seven. 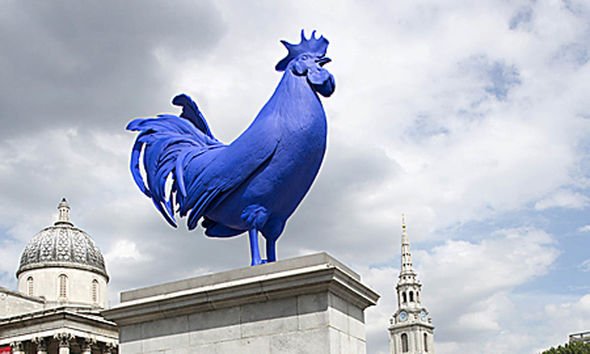 “We’ve got more than 180 schools signed up, and we’re going to have one of the Poetry Together parties in London in mid-October. I’m thrilled that Camilla will be coming because she loves the idea and has a lot of poems in her head, too.”

It was inevitable inveterate name-dropper Gyles would mention the Royal Family. He has hobnobbed with them for years and, in 2004, wrote a book about the ­marriage of Queen Elizabeth and Prince Philip.

“I’m a great fan of the Royal Family,” he says. While stopping short of calling them friends, you suspect he knows them better than he lets on.

“I can tell you that the Duke of Edinburgh reads poetry, as well,” confides Gyles. “He’s got quite a large collection of poetry in his library. He likes Ted Hughes, because he writes about nature, and TS Eliot. He’s also quite interested in psychology and reads Jung and Freud.”

The Duke, Gyles adds, is more cultured than we might realise. “You think of him as a gung-ho figure making unfortunate jokes – and he is gung-ho and sometimes, when he speaks his mind, ­people get the wrong end of the stick – but he paints and reads poetry. “Prince Charles loves poetry and The Queen certainly knows some poems.”

Gyles also contradicts news reports that the Queen and Duke have watched the TV drama The Crown.

“I can tell you that they have NOT watched The Crown,” he says firmly.

He also defends the Duke and Duchess of Sussex over recent accusations of environmental hypocrisy over their use of private jets.

“If you’re Harry and Meghan and you’re eco-friendly but for security reasons or reasons of speed or convenience you take a jet and the Press are up in arms? Oh, please,” he huffs.

“But they should rise above it. You should see the bad press George IV got! People who meet Meghan and Harry really love them and I get the impression they are doing a brilliant job. The age of ­deference is gone and they’re being written up as celebrities.”

Though a successful author, actor and presenter, Gyles was also the Conservative MP for Chester for five years until 1997.

One high-profile friend is former prime minister David Cameron. They worked at the Treasury together under John Major. 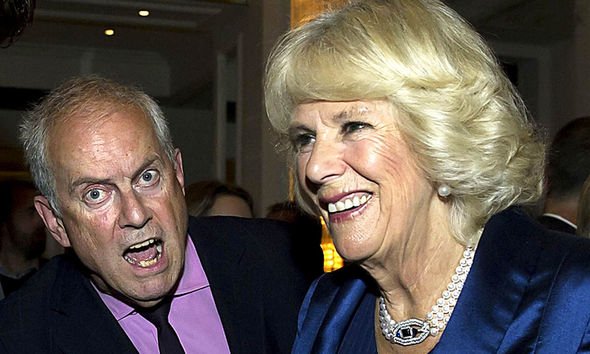 “I’m still in touch with David Cameron,” says Gyles. “Last time I saw him I asked ‘How are you sleeping, David?’ and he said, ‘Like a baby – I wake up every two hours screaming for my mother’.”

He laughs: “That’s genuinely what he said!”

Gyles’ claims to fame included introducing the Marriage Act of 1994, which allows weddings to be held in places other than register offices and churches, and as a minister in the Department of National Heritage, where he utilised the fourth plinth in Trafalgar Square.

Thanks to Gyles, works of art are still rotated on the plinth and have famously included a sculpture of the disabled artist Alison Lapper and a blue cockerel. But that wasn’t his original idea for a plinth.

At first Gyles suggested a permanent statue of any of English ­literature’s famous children’s characters, but civil servants told him it had to be a military figure.

“So then I said, ‘Mrs Thatcher in her tank in the Falklands’,” recalls Gyles. “They said, ‘No, somebody who is dead’, so we came up with the idea of temporary items.

“I would love to see Mrs Thatcher on the plinth now – she’s not a ­divisive figure any more – but I think what will go up in the fullness of time is the Queen riding her horse in Trooping the Colour.”

Gyles still harbours regret that his political career didn’t work out – especially in the quarrelsome days of Brexit. “One of the reasons I’d like to be an MP again is that I’d like to show by example through good humour and good manners that there are other ways of doing it,” says Gyles.

“What’s sad for me is that I have many friends who are MPs, including the current Prime Minister, and fundamentally I know all these guys are good people with good hearts who are meaning well.”

When it comes to Brexit, Gyles – unlike his former colleagues in Parliament – is relaxed.

“I am sanguine about Brexit because although I voted Remain I see the EU as a political organisation. It’s a system, a way of organising things – it’s not your life’s blood. There’s a case on both sides.

“But the people have voted we leave. Therefore we leave and make the most of it. Simple as that. The sun will still rise tomorrow. Daffodils will still bloom in spring.

“The bulk of my income comes from hosting awards ceremonies and therefore I am constantly meeting people outside the Westminster bubble and I find that they’re not talking about Brexit.”