Chrishell Stause’s love life has been a hot topic ever since she appeared on Selling Sunset in 2019. However, long before she became a reality TV star, Stause was a rising actor. She had a relationship with a Glee star, though Stause alleged that he cheated on her.

Stause is best known for being a soap opera actor and reality TV star. She has had a few relationships in the public eye.

In 2017, she married actor Justin Hartley after dating for over three years. However, during the third season of Selling Sunset, which was filmed in late 2019, fans watched as Stause and Hartley divorced. According to Stause, Hartley blindsided her and that he texted her about the divorce just “forty-five minutes” before “the world knew.”

A year later, Stause began a romance with dancer Keo Motsepe after they both competed on season 29 of Dancing with the Stars (though not together). However, the relationship ended in early 2021, and Stause accused Motsepe of being a liar.

Her most recent relationship is with Jason Oppenheim, who is best known as the owner of the real estate brokerage Stause works for. The couple went public with their relationship in July 2021, but they broke up just five months afterward. According to both Stause and Oppenheim, they broke up because they have different desires when it comes to family planning.

Chrishell Stause once dated Matthew Morrison, who reportedly cheated on her

Back in the mid-2000s, when Stause was not yet a popular celebrity, she dated Glee star Matthew Morrison. The two of them were even engaged from 2006 to 2007.

Stause told Star in 2010 of the reason why she and Morrison ended things: “I decided to break off our engagement because I believed he was seeing other people and just wasn’t ready to fully commit.”

Morrison himself also addressed this relationship in an interview with Cosmopolitan UK.

“When I was 27, I proposed to my then girlfriend, but I didn’t do it for the right reasons; we’d been going out for a year or so, and I felt under pressure from society,” he said (via PopSugar). “I was thinking, ‘This is the age when I should probably start having kids, so this is what I should do.’ But after I did it, I immediately felt in my heart it wasn’t right. My instant thought was ‘What did you just do?’”

Chrishell Stause alluded to this relationship on ‘Selling Sunset’ 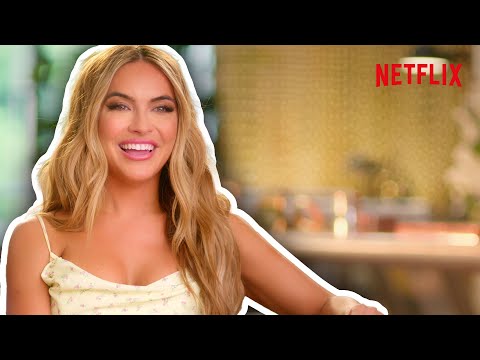 Stause did mention her relationship with Morrison on Selling Sunset, though she never referred to him by name. During the first season of the show, Stause talked about being in the wrong relationship at 25 years old.

“I didn’t know who I was at 25,” she said. “And I didn’t know what I wanted because, actually, if I ended up with the person I was with when I was 25, I would want to kill myself. Yeah, you can Google that!”