Is the secret to your favorite athlete’s success as simple as a smile? In Michelob Ultra’s Super Bowl LV ad, stars like Serena Williams and Anthony Davis prove enjoying the journey is ‘as important as the journey itself.’

“What if we were wrong the whole time?” the narrator asks at the start of “Happy,” Michelob ULTRA’s commercial for Super Bowl LV. Against a slideshow of sports success – Anthony Davis planting a kiss on the NBA Championship trophy, Alex Morgan doing the same with the Women’s World Cup – the narrator wonders if we’ve been wrong thinking “that joy only happens at the end, after the sacrifice, after the commitment, after the win. What if happiness has always been there, fueling the run towards greatness?” The commercial suggests that happiness is not a “distraction” for success, but a vital ingredient in these athlete’s rise to the top

To drive this home, the commercial features stars enjoying life, instead of spending every waking moment training, practicing, and struggling. We see Peyton Manning goofing around with his friends, Anthony Davis playing chess with his father, and Serena Williams living her full rockstar fantasy with a round of karaoke. Helping these icons enjoy themselves is Michelob ULTRA, the light beer that boasts just 95 calories and 2.6 carbs (because you still need to be conscious of your caloric intake, even on your downtime._ The uplifting spot asks if “joy is the whole game, not just the end game,” and that people should ask if they’re “happy because you win,” or do you “win because you’re happy?” On top of this, the commercial was expertly scored with A Tribe Called Quest’s “Can I Kick It,” the perfect soundtrack for this celebration of joy.

“Enjoying the moments along the journey is as important as the journey itself,” said Ricardo Marques, Vice President of Marketing, Michelob ULTRA, said in a press release. “That’s why we’re partnering with some of the greatest athletes of our generation: to remind us all that joy and happiness are not a distraction but instead, a key ingredient to winning and success.” 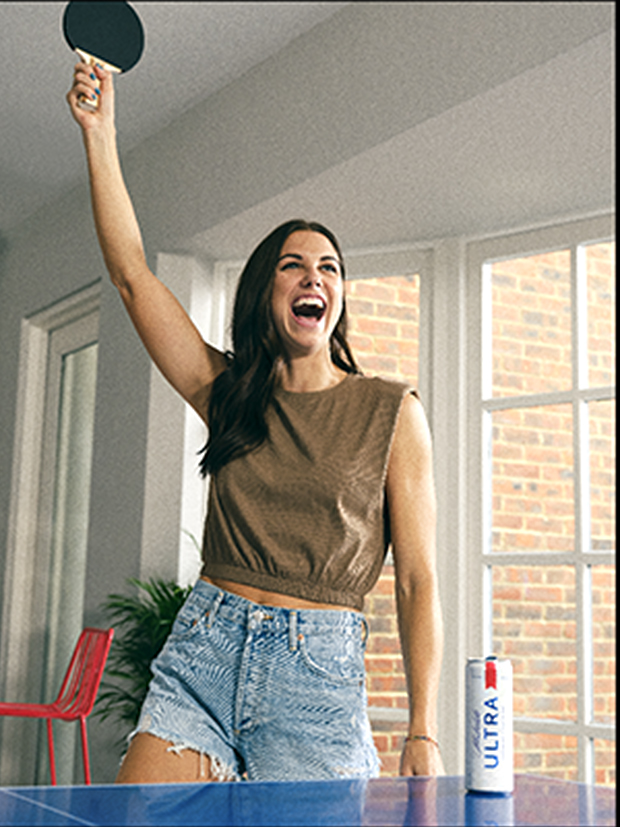 This ad is the latest in Michelob ULTRA’s “It’s Only Worth It If You Enjoy It,” one that reminds everyone that success doesn’t have to be a struggle. Wieden + Kennedy New York is the agency behind this spot, and it marks Michelob ULTRA’s sixth consecutive Super Bowl appearance. In previous spots, Zoe Kravitz delivered some soothing ULTA ASMR, and Jimmy Fallon found the “lighter side” of working out (courtesy of John Cena).