She’s making the Moak of a tough situation.

Travis Barker’s ex Shanna Moakler was seen out and about Monday after news of Barker’s engagement to Kourtney Kardashian broke. 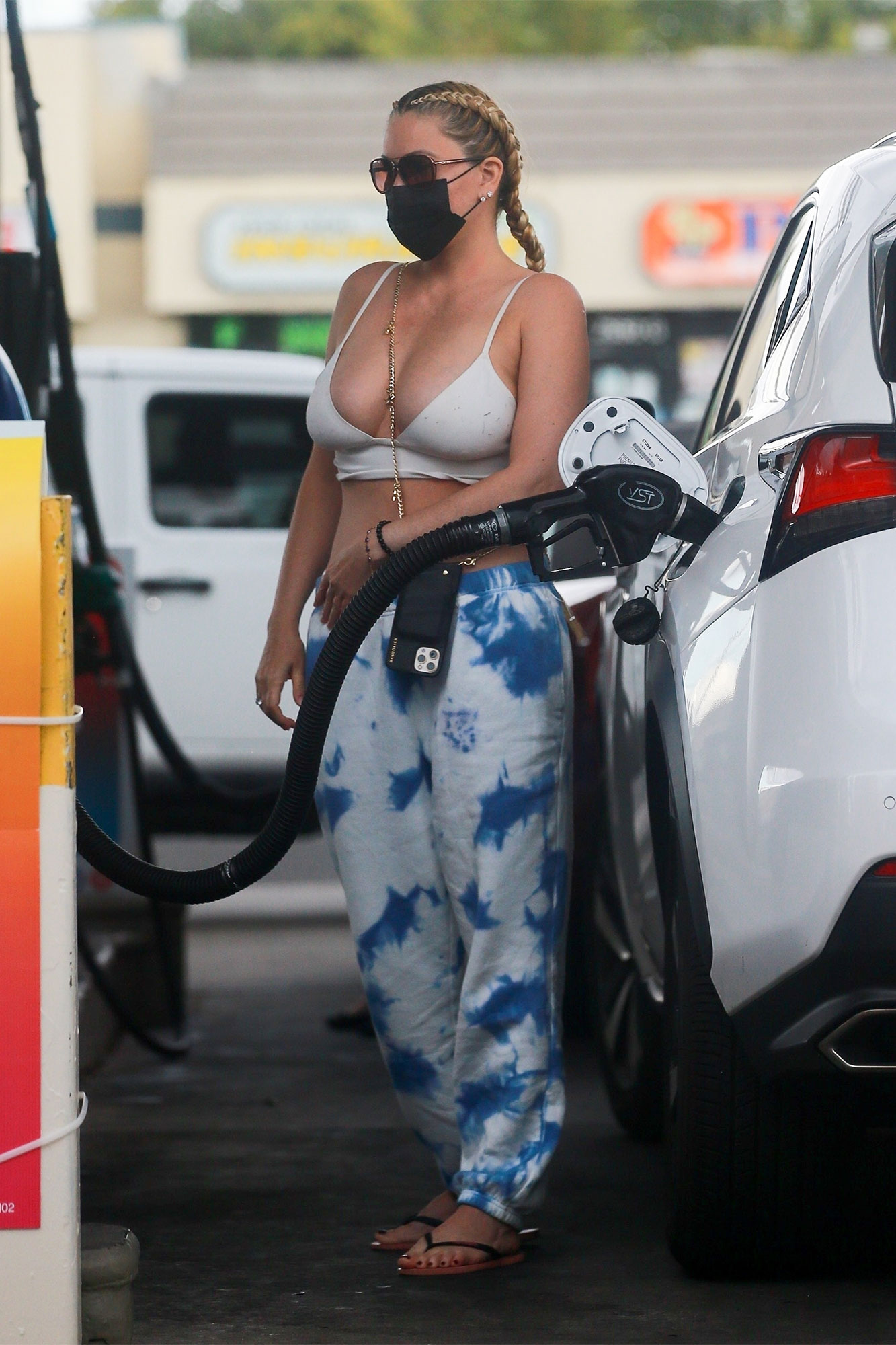 Moakler, 46, had seemingly reacted to that news by making some cryptic Instagram posts: a pair of quotes reading, “Temporarily closed for spiritual maintenance” and “Before you ask why someone hates you, ask yourself why you give a f–k.” 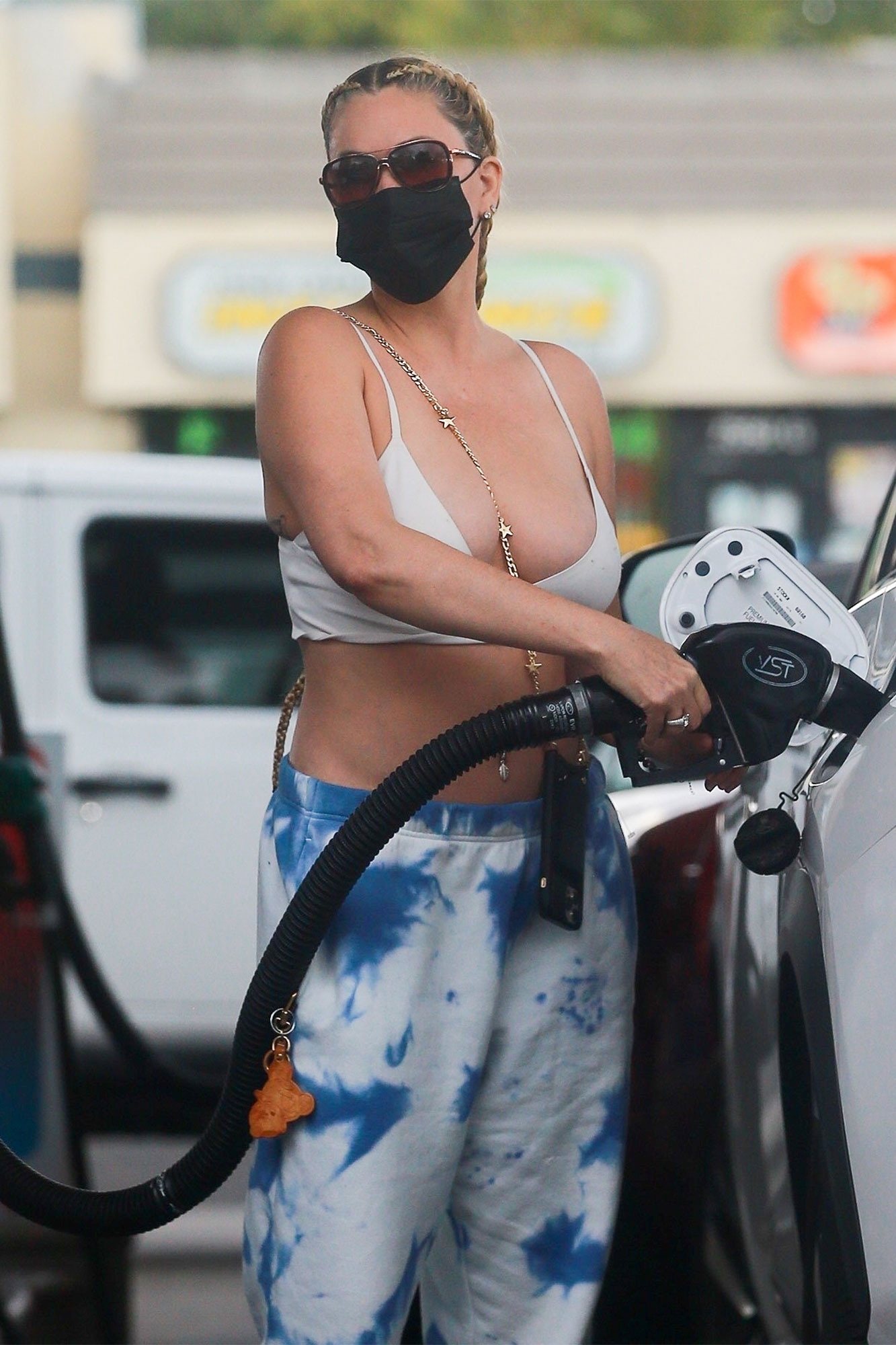 But spiritual maintenance doesn’t put anything other than metaphorical gas in the tank, and so Moakler was snapped in Los Angeles on a refueling stop. 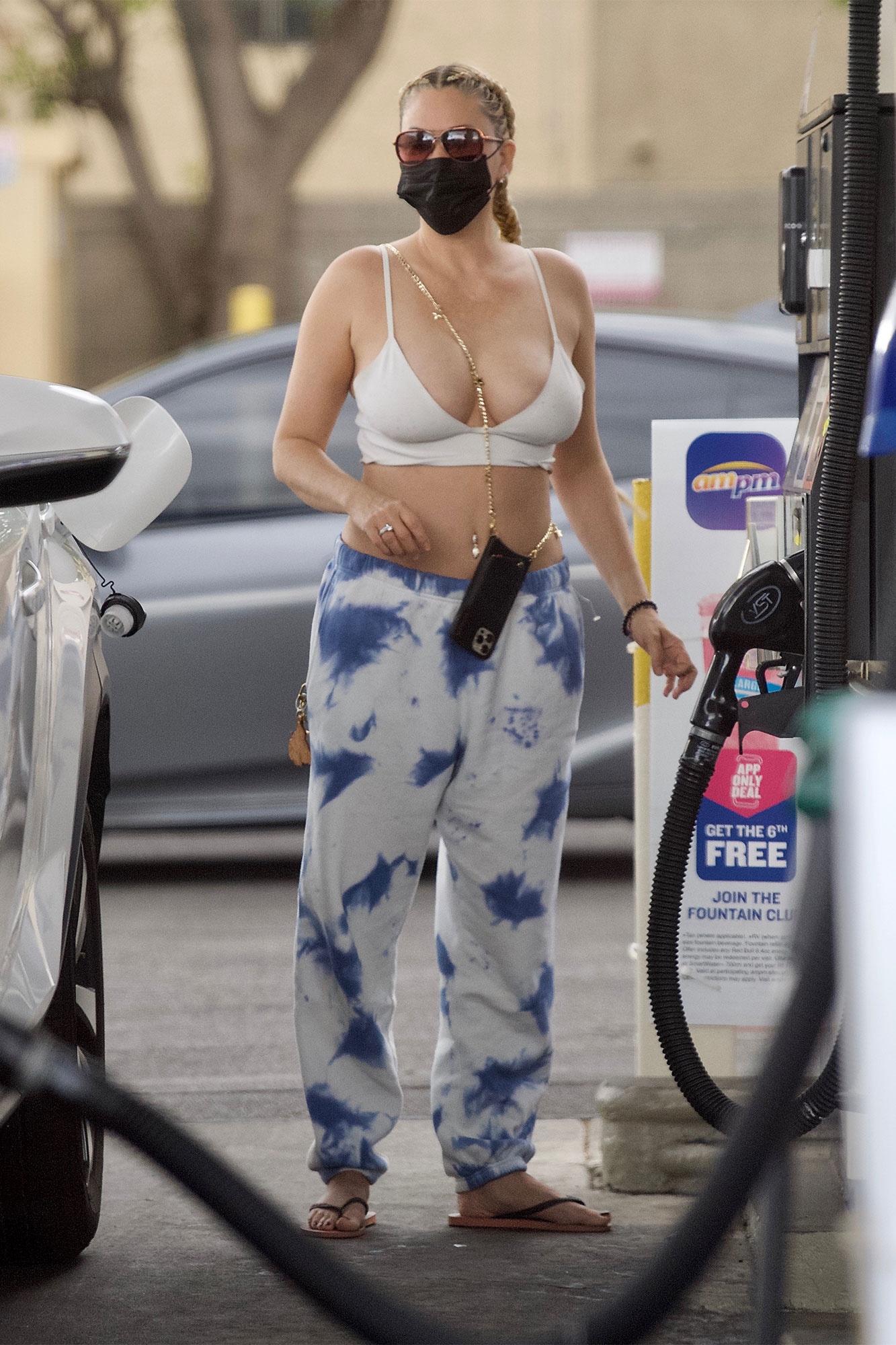 The model was clad in a skin-baring outfit of blue-and-white tie-dyed pants, a white spaghetti-strap top and flip-flops, which she accessorized with aviator shades and a small purse on a gold chain, with her hair pulled back in braids. 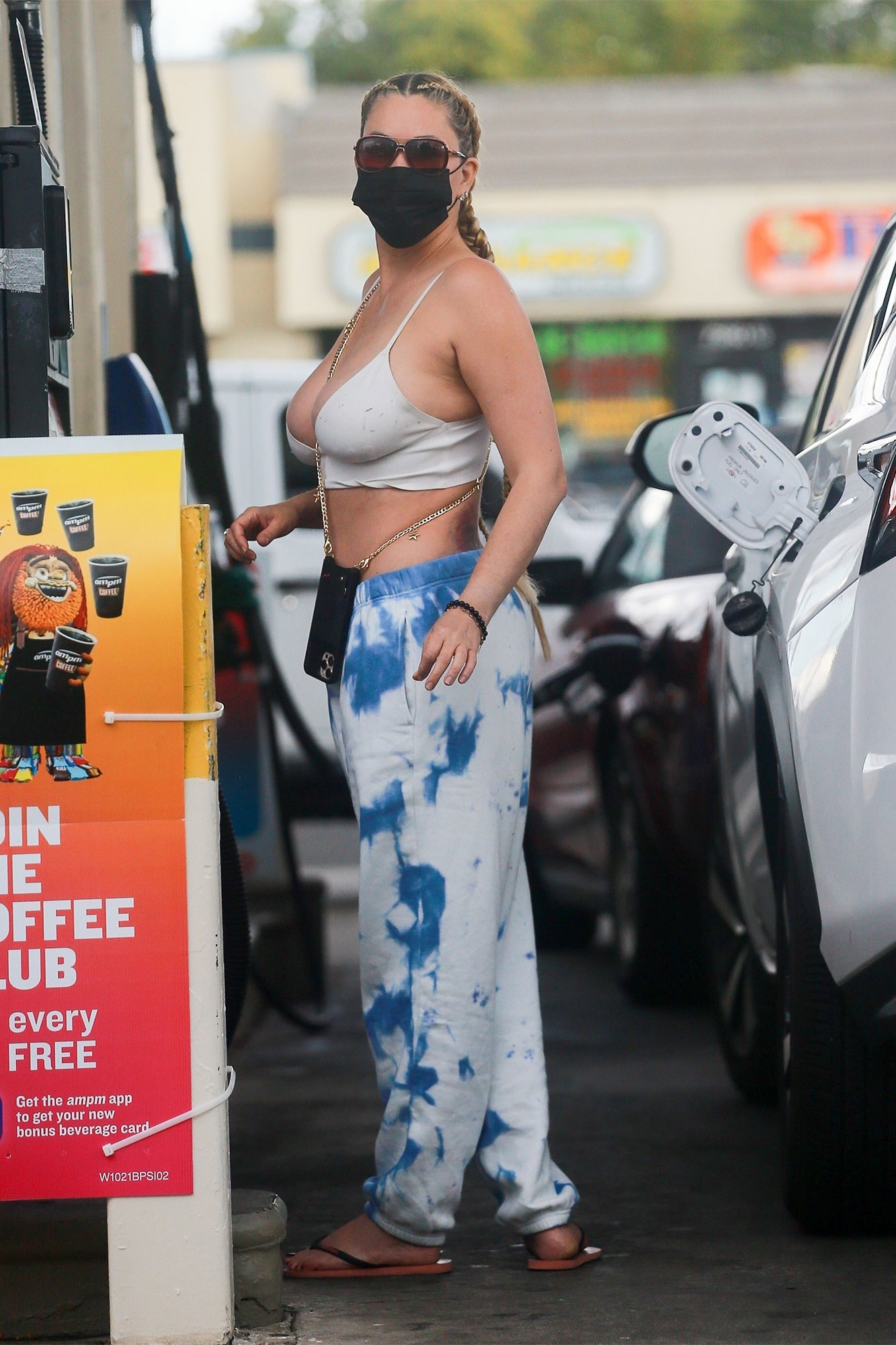 Moakler has been sending somewhat mixed messages about Barker’s relationship with Kardashian, though she went on the record as being “happy for both of them” in February. She called their heavy PDA habit “weird” in May and seemingly is at odds with her children with Barker, Alabama, 15, and Landon, 18, over the relationship, with both of them painting her as an absentee mother recently — a charge she’s denied. 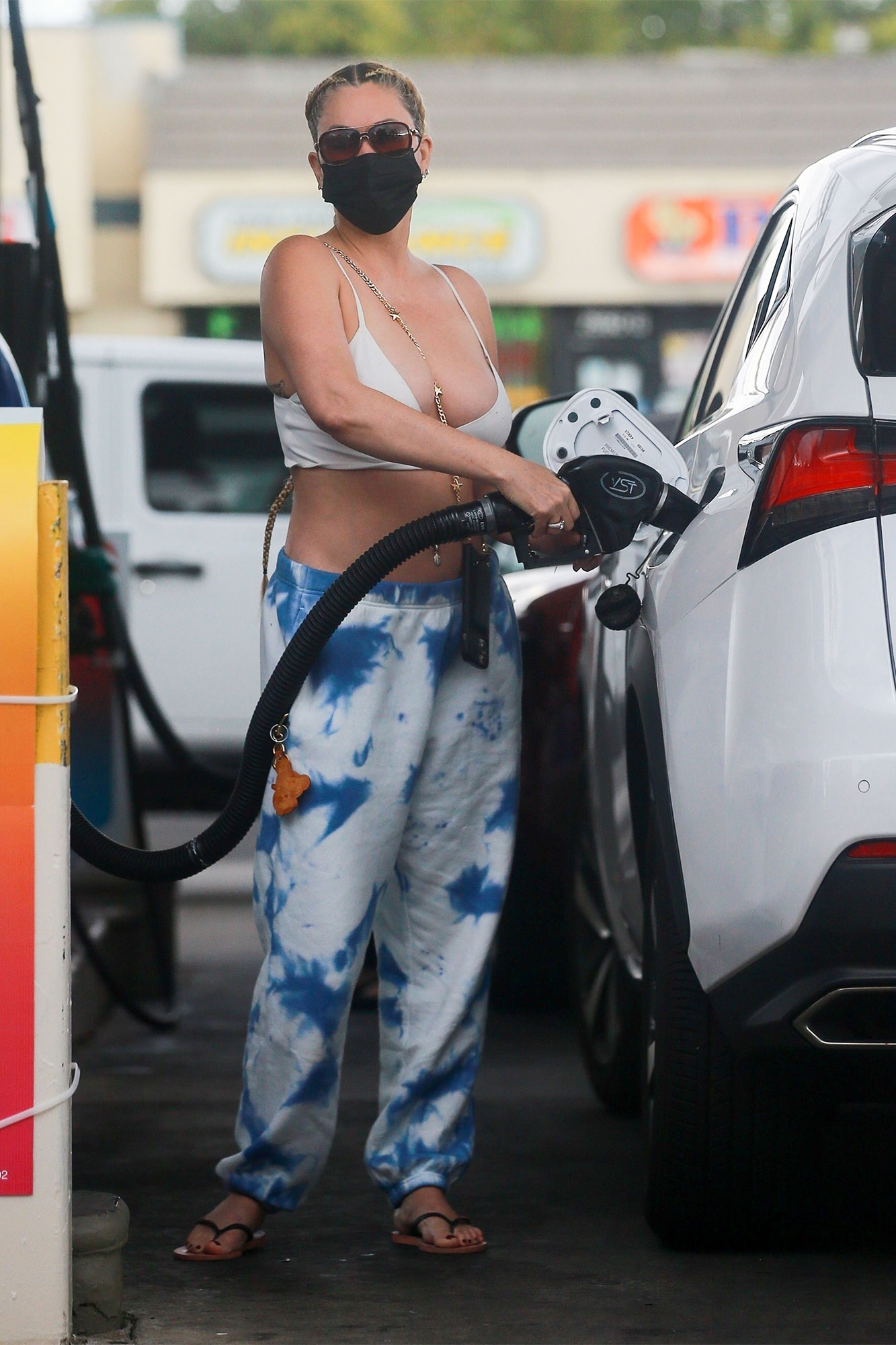 In May, Moakler claimed she filed for divorce from Barker in 2008 because she “caught” and “saw” him having an affair with Kourtney’s sister Kim Kardashian. (A source previously denied to Page Six that the alleged affair ever occurred.) 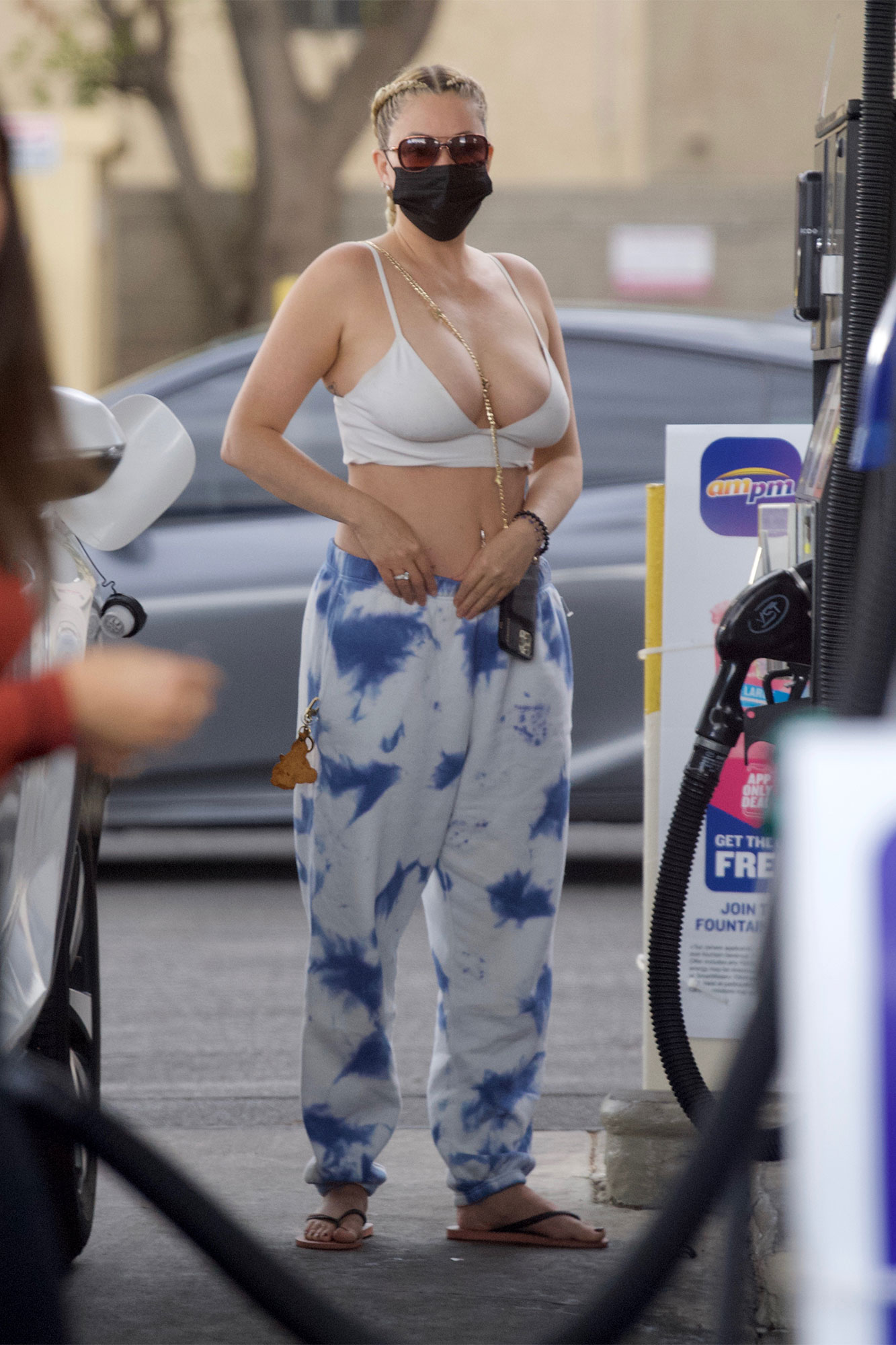 Later that month, she accused the couple of “destroying my family … twice,” claiming that her children didn’t start accusing her of being absent until “my ex started dating a certain person.” 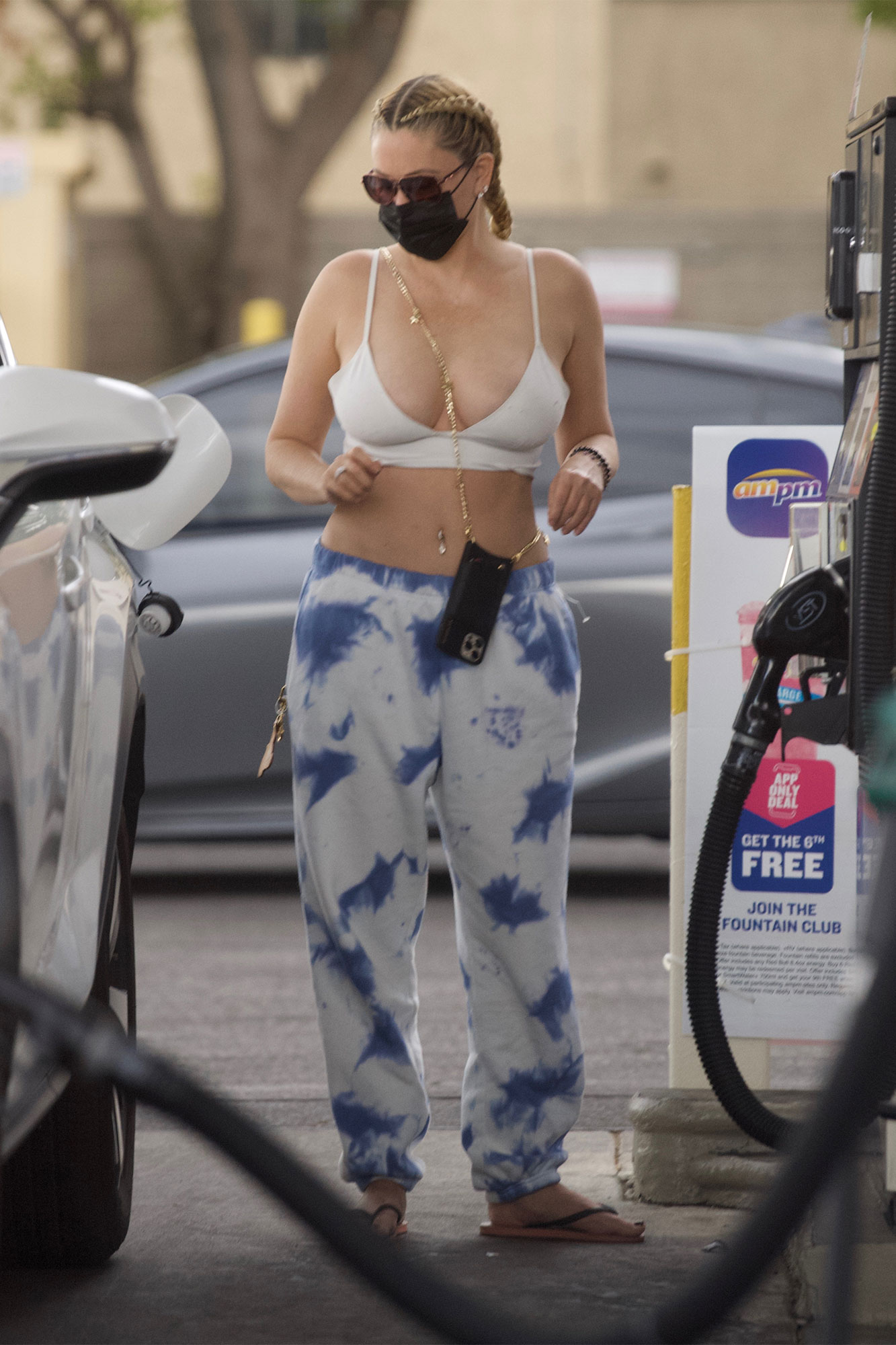 In June — the same month she launched an OnlyFans account — she admitted her children were still not talking to her, saying that it had been difficult and adding, “All I can do is just sort of give it some time so we all can heal.”

Meanwhile, she and her on-again, off-again boyfriend, Matthew Rondeau, split up again at the end of July, with Rondeau indicating that the split had happened months earlier, and adding, “I hope she finds what she’s looking for, but it’s not going to be me.”