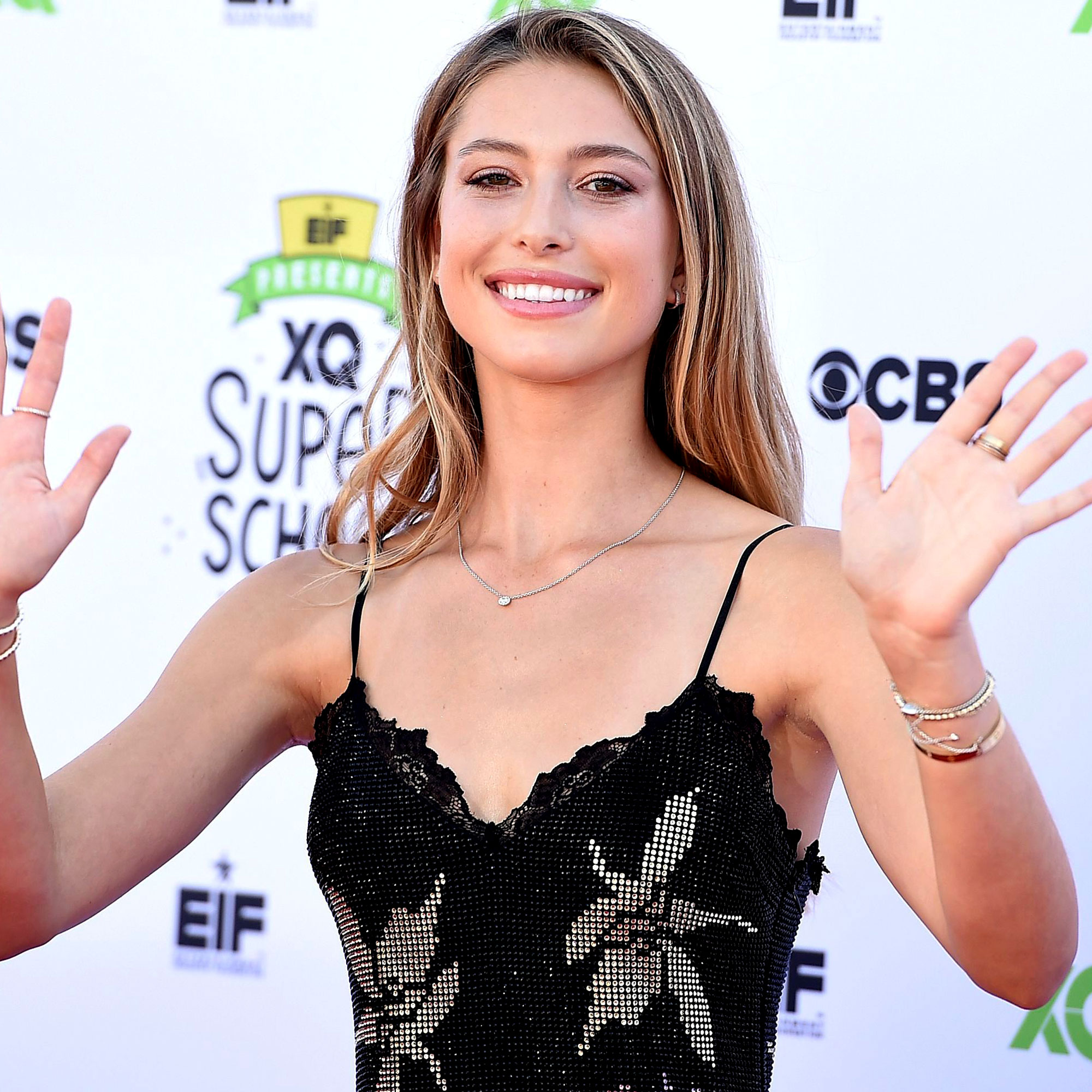 Making her debut! Steve Jobs’ daughter, Eve, is taking her talents to the runway. In fact, she strut down the catwalk, for the first time no less, at the Coperni fashion show in Paris on Thursday, September 30.

The 23-year-old model, who was joined by the likes of Gigi Hadid and Adut Akech on the runway, looked like a total natural, too. She dressed equal parts sporty and chic in a neon green T-shirt and studded mini skirt. Her ensemble was accessorized with black shell wedges, silver earrings and orange-tinted sunglasses.

When it came to glam, the equestrian had her hair styled on the straighter side, with a few beachy bends and crimps throughout. Makeup was kept to a minimum too, with a glossy lip stealing the show. 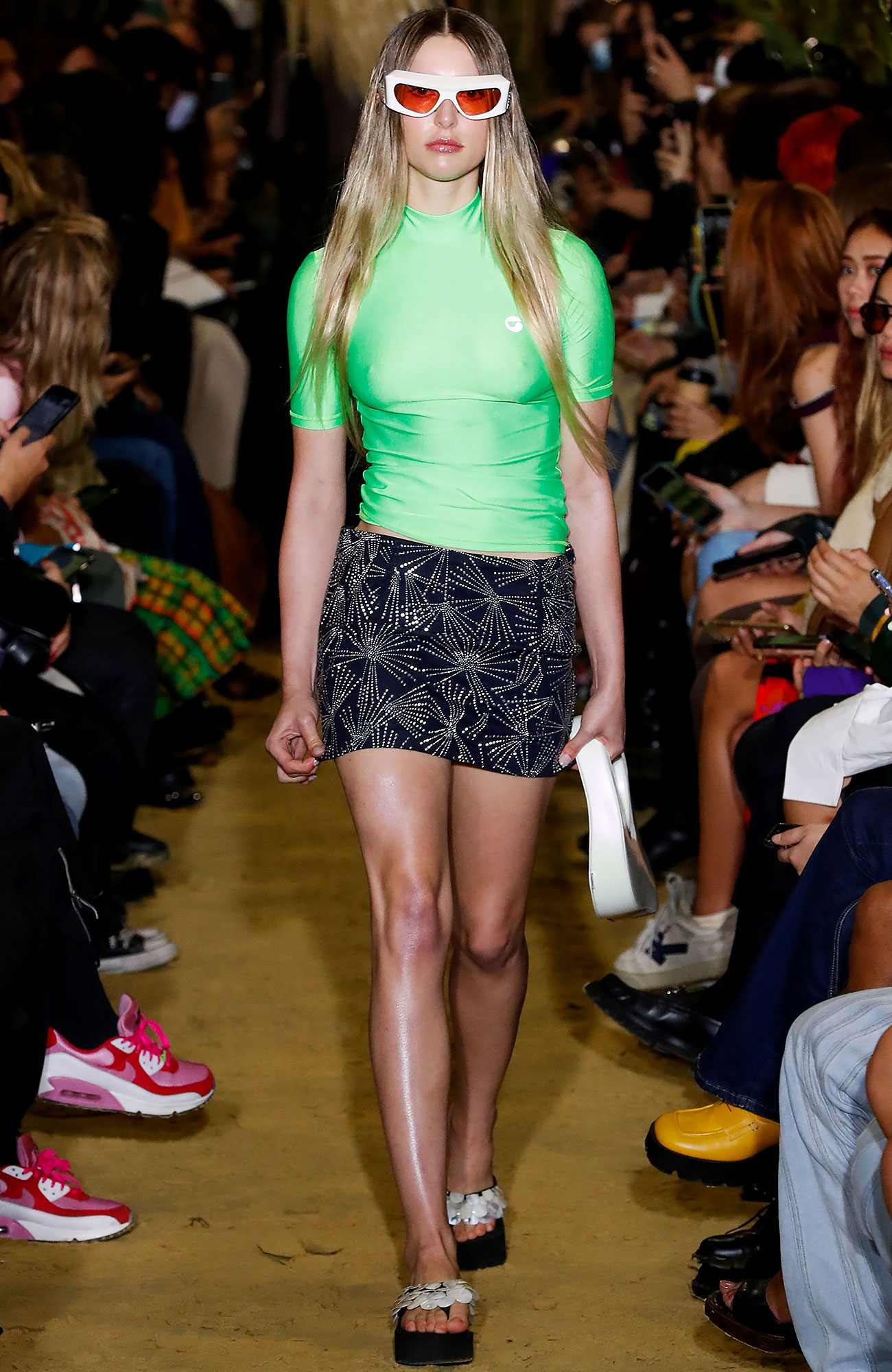 Once she changed out of her couture, Eve took to Instagram to share her appreciation for the designer. “I can’t put into words how extraordinary this collection is. It was an honor to be apart of the vision @coperni,” she captioned her Instagram post, adding a congratulations to the brand’s founder, Arnaud Valiant, and creative direction, Sébastien Meyer.

The comments section on her post quickly blew up, with fashion forces, friends and fans jumping in. Bill Gates’ daughter, Jennifer, wrote, “A vision!! Congrats love.” Valiant chimed in, “MAJOR.” Another person said, “Congrats to you beautiful eve!!”

While this was the model’s first time walking down a runway, she’s been pursuing a career in modeling for quite some time. Last year, she starred in Glossier’s holiday campaign alongside Euphoria’s Sydney Sweeney and model Naomi Smalls.

For the photo shoot, Eve stripped down and slipped into a bubble bath with a glass of wine. Her makeup was, of course, glowy and dewy — the go-to Glossier look.

“Biggest thanks to @emilyweiss & everyone at @glossier ! Go check out the collection,” she captioned an Instagram post at the time.

Eve isn’t only invested in modeling though — she also has passion for horseback riding. In a 2019 profile, Horse Sport called the athlete one of the “top riders under 25 from around the world.”

“I was first put on a pony at two years old, but did’t actually start really riding until I was about six,” she told the outlet. “I have always had a love and appreciation for animals and I think passion was evident pretty early on.”