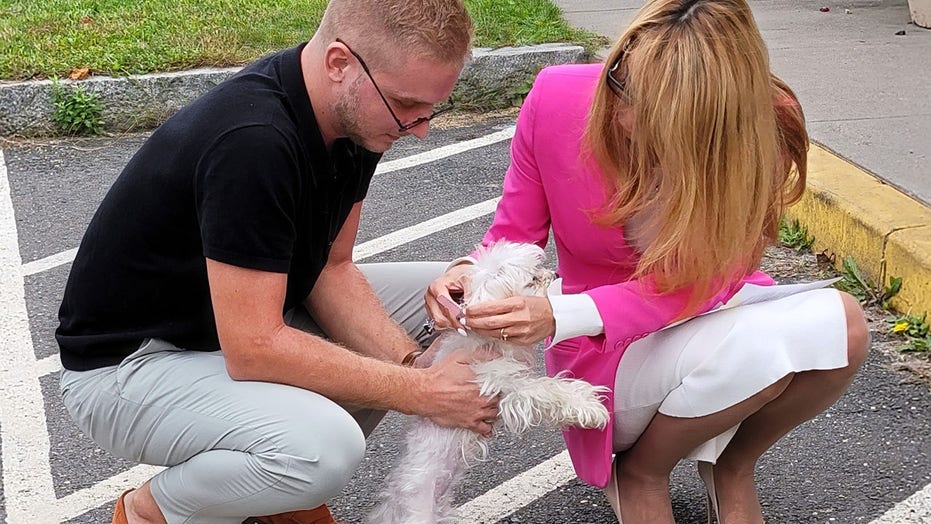 It may have taken a while, but this story has a happy ending.

Tragedy struck last February for a New York City couple when their car was stolen from a rest area in in Connecticut. The car was later recovered, but not the beloved dog that was inside the vehicle when it was taken. 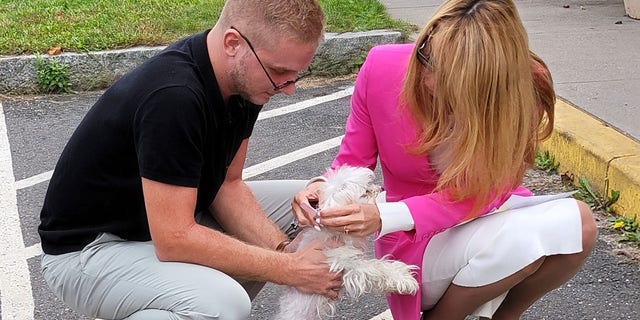 It may have taken a while, but this story has a happy ending.
(Connecticut State Police)

Fortunately, the puppy was recovered nine months later and returned to the family.

The Connecticut State Police posted on its Facebook page that Cindy, the puppy, had been reunited with her owners, Valeria and Sergi. The message included photos of the emotional family reunion.

“Bow-wow! Our followers may remember this special canine Cindy, who was taken when her family’s vehicle was stolen from a Fairfield rest area,” the Connecticut State Police wrote. “State Police Detectives located Cindy last week and today, she was reunited with mom, Valeria, and dad, Sergi. They expressed their deep gratitude to CSP Detectives & Waterbury Animal Control, which housed Cindy until today’s reunion. This is a story with a doggone happy ending!”

Valeria Karat was driving from her home in New York City in February when she stopped at a rest area in Fairfield, Connecticut, News 12 reports. While pumping gas, another car drove up and a man jumped into Karat’s car and drove off, with Cindy still in the car.

The car was recovered in Bridgeport, Connecticut, but Cindy was nowhere to be found.

Karat spent the following months visiting dog shelters in the area and looking for reports of a small, white dog being brought in. About nine months after being stolen, Connecticut State Police reportedly located Cindy in Waterbury, inside of another stolen car. Police have said arrests may be pending.

The dog showed signs of neglect and had lost weight during the ordeal, but police described her as happy and healthy.