Home » Lifestyle » Summer loving: the pick of the best podcasts for your roadtrip

In a year when live music, theatre, dance, cinema, art exhibitions – and just about anything else that involved going out and enjoying culture and entertainment – came to a grinding halt, podcasts came into their own.

An intimate artform that is delivered to your earbuds is pretty much pandemic-proof, even if many of them had to be made in makeshift studios involving closets, doonas, a mic, a laptop and Zoom in 2020. 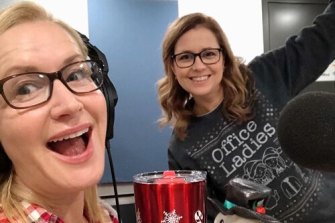 In April, the number of shows on offer zipped past the 1 million mark. And as the world was stuck at home, it was never easier for podcast fans to plug in and binge, or for newbies to get started.

But what was worth listening to in 2020? As many of us head out on the road this summer for the first holiday in a long time, here’s a guide to some of the best new podcasts – and the best new seasons of more established shows – to cue up for the journey. And after you’ve sampled each one, there’s a suggestion for another beauty to try next, along with an old classic in each genre that no podcast neophyte should be without. 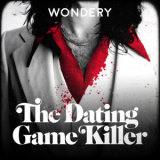 When Rodney Alcala appeared on popular TV show The Dating Game in 1978, little did anyone watching at home realise that he was a serial killer in the middle of a cross-country murder spree. The Dating Game Killer looks into how this seemingly normal, charming typesetter and summer camp counsellor fooled employers, psychiatrists and parole boards while leading a double life as a cold-blooded murderer of women and girls. And it also reveals how his appearance on TV led to his undoing and capture.

Try this next: Dirty John
The classic: Serial 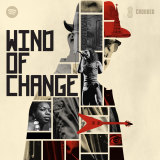 The 1990 hit Wind Of Change by German band The Scorpions has been credited as a people’s anthem that helped soundtrack the dissolution of the Soviet Union and the peaceful revolution across Europe. But what if the whole thing was actually orchestrated by the CIA? That’s what writer Patrick Radden Keefe of The New Yorker sets out to investigate in this fascinating deep dive, not just into the song and its history, but into how the US has used popular culture in general, and music in particular, to extend its influence as part of a cultural cold war.

Try this next: Dolly Parton’s America
The classic: Song Exploder 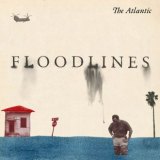 At a time when the Black Lives Matter movement exploded into the world, this series about the aftermath of Hurricane Katrina in New Orleans is a timely reminder of how discrimination and prejudice turned a terrible natural disaster into a much worse national disaster. Vann R. Newkirk II of The Atlantic does extensive interviews with survivors, while lifting the lid on everything from misinformation within the media to the incompetence of the government’s response to illustrate how racism was at the heart of the tragedy that was to follow.

You Must Remember This: Polly Platt, The Invisible Woman, (Independent), 10 episodes 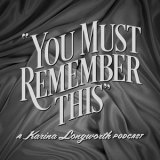 Karina Longworth has been delving into the secret history of Hollywood since 2014 in her podcast You Must Remember This, lifting the lid on Charles Manson, Marilyn Monroe and the Hollywood Black List. Her 2020 season is possibly her best, telling the story of an overlooked talent. Polly Platt was a pioneering screenwriter, producer and production designer who worked on The Last Picture Show, Broadcast News and Big. She also discovered Cybill Shepherd and mentored directors Cameron Crowe and Wes Anderson. And yet she was largely unheralded in the sexist world of Hollywood and was overshadowed by her husband, director Peter Bogdanovich. Longworth rescues her from obscurity and puts her in the spotlight.

Try this next: The Rewatchables
The classic: How Did This Get Made?

Although the US version of The Office was never a huge ratings winner when it first aired, it ran for nine years, has since become Netflix’s most watched show and was one of the few American remakes to not be an embarrassment compared to a British original. A year ago, actors Jenna Fischer (receptionist Pam) and Angela Kinsey (head of accounting Angela) scored a big hit with Office Ladies, a chatty podcast where the sparky duo dissects an episode each week, telling behind-the-scenes stories, dishing the dirt and answering fans’ questions.

Try this next: Fake Doctors, Real Friends With Zach + Donald
The classic: The West Wing Weekly 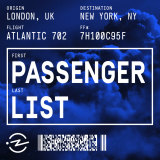 Somewhere over the ocean between London and New York, a passenger plane disappears without a trace and without a convincing explanation as to what happened. A college dropout loses her twin brother as a result, and as she starts digging through the evidence and the conspiracy theories and the backstories of the other passengers in order to get some answers, the mystery deepens. That’s the premise of this spooky and engrossing fiction series, which features the voices of Kelly Marie Tran (Star Wars: The Last Jedi) and stage legend Patti LuPone, plus stellar sound design by Mark Henry Phillips (Serial, Homecoming).

Try this next: Homecoming
The classic: Welcome To Night Vale 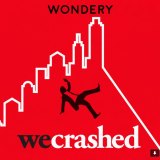 Want to hear how a company worth $US47 billion crashed to earth in the biggest business scandal since Enron? This podcast covers that particular rollercoaster ride in edge-of-your-seat detail. WeWork was an office-sharing tech start-up headed by charismatic CEO Adam Neumann, whose grand plans and rampant ambition were couched in feel-good aphorisms. He had all the trappings of a cult leader, and sure enough, the culture of the company did soon prove to be cult-like as the wheels started to fall off. The dramatic rise and even more dramatic flame-out make for gripping listening.

Try this next: How I Built This with Guy Raz
The classic: Planet Money 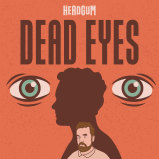 Two decades ago, actor-comedian Connor Ratliff was beyond excited to be informed that he’d scored a role in the Tom Hanks-produced mini-series Band of Brothers. But then he was called in to re-audition for Hanks himself, and after that meeting, he was dropped from the series. He was informed that he had “dead eyes”. Ratliff was crushed and the experience has haunted him ever since, but he has turned those lemons into lemonade with this podcast, which manages to be very funny while delving into not just his curiosity about what happened in the room that day, but into the nature of failure itself, and how we deal with it and overcome it.

Try this next: The Walkers Switch
The classic: Mystery Show 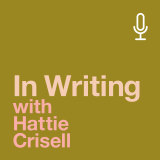 Let’s face it, interviewing writers about how they write is not exactly the most original idea for a podcast. There are plenty to choose from. But what makes British journalist Hattie Crisell stand out is that she talks to authors in the place where they write and she starts by getting them to describe their space in detail. Her combination of easy charm and sharp journalistic instincts allow her to trace every step of these writers’ journeys and tease out the minutiae of exactly how they do what they do. Her interviewees respond in kind, peeling back the layers of their process and revealing their failures as well as their successes.

Try this next: Start With This
The classic: Longform 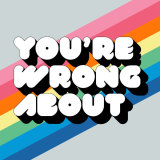 Journalists Sarah Marshall and Michael Hobbes have been hosting You’re Wrong About for a couple of years, but the prolific pair hit their stride in 2020. Whether re-assessing the Y2K Bug or Marie Antoinette, deconstructing the bizarre O.J. Simpson car chase or doing a five-episode examination of the life and death of Princess Diana, the endlessly inquisitive duo does heavy research and offers fresh perspectives on people and events that have been misunderstood or misinterpreted.

Try this next: Stuff You Should Know
The classic: Radiolab 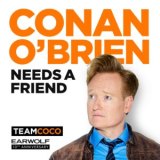 The former Late Night TV host – and writer for The Simpsons – joked that he started a podcast in late 2018 because he knew only the people who worked for him and he never had a lasting friendship with any of his celebrity guests. The sharp-tongued, self-deprecating comedian’s clout really paid dividends this year with revealing conversations with Michelle Obama, Bruce Springsteen and Hillary Clinton, along with rowdier gab-fests with Maya Rudolph, Jim Carrey and Ricky Gervais. 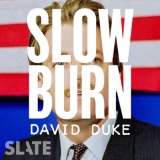 Previous seasons of Slow Burn have covered everything from Watergate to the Lewinksy affair. But 2020’s stand-alone fourth season was a highlight of the year, as Josh Levin examined the rise of David Duke from Ku Klux Klan Grand Wizard to politician in the late 1980s and early ’90s. In a year when president Donald Trump was sympathising with white supremacists and refusing to condemn race-based police brutality, the podcast’s knack for showing us how the past impacts the present was spot-on.

Try this next: The Daily
The classic: Pod Save America 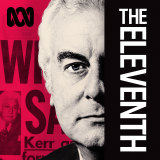 At this point in time, you might think we know everything about the dismissal of the Whitlam government on November 11, 1975. This podcast from the ABC Radio National’s Alex Mann, who wasn’t even born in 1975, proves otherwise. The stories he digs up from the archives and new revelations he coaxes from the surviving players are almost like the stuff of fiction, from the outsized personalities and political skulduggery, to the rampant sexism, the seismic ramifications of the AFP raid of ASIO, and the alleged involvement of the CIA and the English royal family.

Try this next: Days Like These
The classic: The Teacher’s Pet