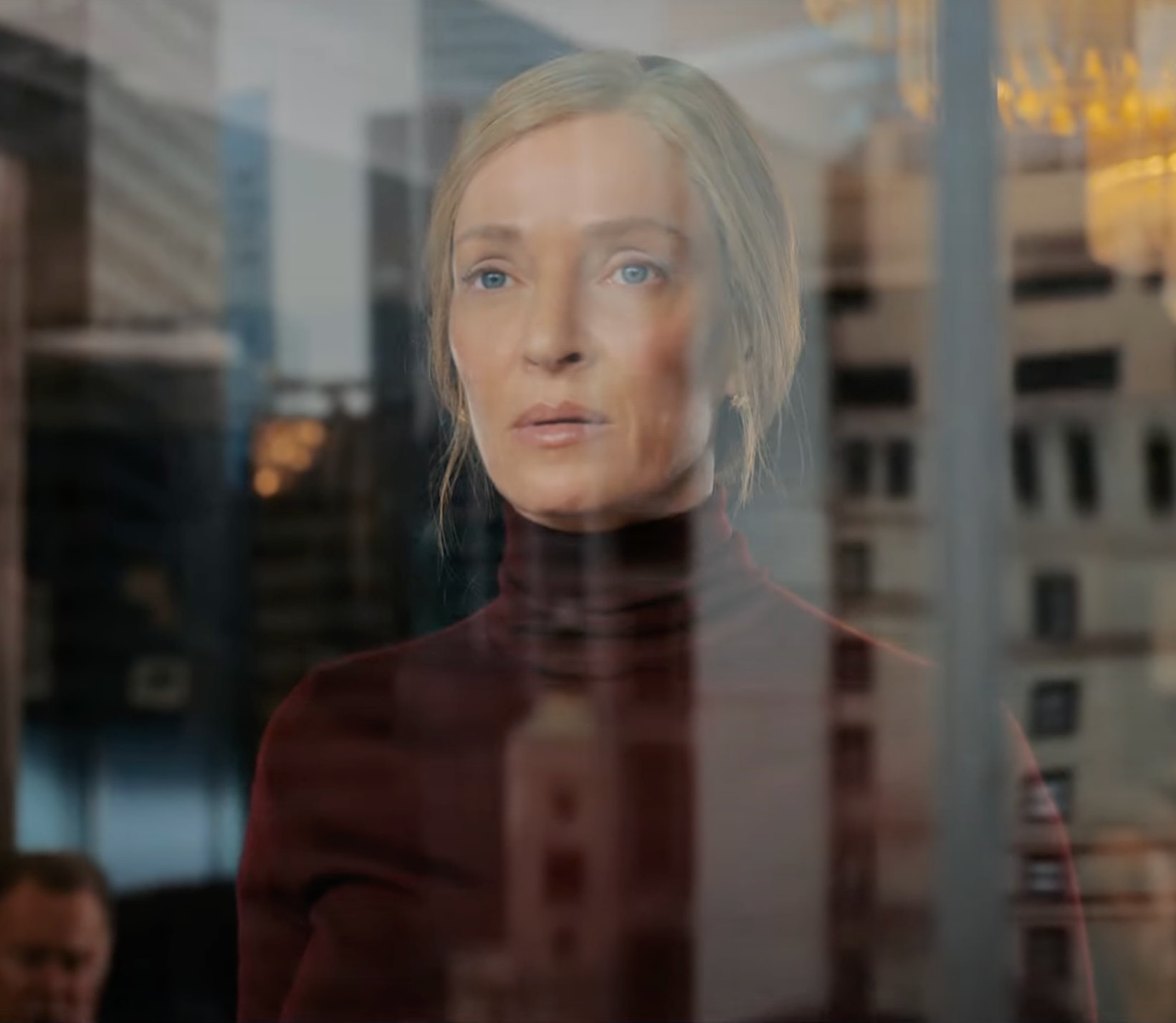 Uma Thurman is continuing her pivot to streaming, this time as a concerned mom who really isn’t so concerned at all. The new trailer for Apple TV+’s upcoming thriller series Suspicion finds the 51-year-old actor in the role of Catherine Newman, a high-powered CEO whose son, a social media wunderkind named Leo Newman, has just been stuffed into a suitcase by four kidnappers wearing rubber royal family masks. “I love my son,” she says, sitting down for a TV interview. “And I want him back.” She may very well, but she also definitely has other priorities. Away from the cameras, she tells her colleagues, “Nobody buys me as a mother. I’ll always be a CEO first.” It’s unclear what shadowy secrets she’s hiding, but the protesters carrying signs that read “Tell the Truth” are doing their best to find out as she’s urged to “play along.”

Meanwhile, the FBI and U.K.’s National Crime Agency have put their focus on four young suspects who couldn’t be more confused. Natalie (Georgina Campbell), is approaching the end of the aisle at her wedding when an agent rudely bursts in and flashes her badge. She doesn’t even get to change out of her gown before they cart her off. “I can tell you that you’ve been arrested on suspicion of conspiracy to abduct Leo Newman,” an official says as the same scene plays out with four other young Brits being questioned: Aadesh (Kunal Nayyar), Tara (Elizabeth Henstridge), Sean (Elyse Gabel), and Walker (Tom Rhys Harries).

Aadesh has made up his mind: “We’re being set up,” he tells the rest, who are equally nonplussed, when they first meet up. No one even knows why they’ve even been connected to each other in the first place. Tara offers the thinnest, and yet most likely, explanation: “We’re all British, and we were all in New York on the day Leo Newman was kidnapped.” Could it really be because the kidnappers were extremely crudely disguised as Queen Elizabeth II, Prince Charles, and Kate Middleton? We’ll just have to find out when the first two episodes drop on February 4.

Suspicion, which is based on the Israeli series False Flag, is just one of Thurman’s upcoming roles as a cutthroat exec. She’s also set to play the media mogul Arianna Huffington in Super Pumped, the upcoming Showtime anthology series about the rise of Uber.