Things took a dramatic turn in the latest episode of ‘Ted Lasso.’ In our EXCLUSIVE interview, Charlie Hiscock explains that jaw-dropping Will and Nate moment and what it means for their future.

Nate the Great entered dark territory in the September 3 episode of Ted Lasso. Kit man Will gifted Nate a jersey with “Wonder Kid” across the back from the team. While it was a nice gesture, the jersey became the very thing Nate couldn’t stand to look at by the episode’s end.

When Nate scrolled through Twitter comments and saw some mean tweets about him, he had to take his anger out on someone. He went into the kit room and threatened Will. He threw the jersey at Will and said, “If you ever do anything to humiliate me again, I’ll make your life a f**king misery.” HollywoodLife spoke EXCLUSIVELY with Charlie Hiscock about that game-changing moment between Will and Nate. 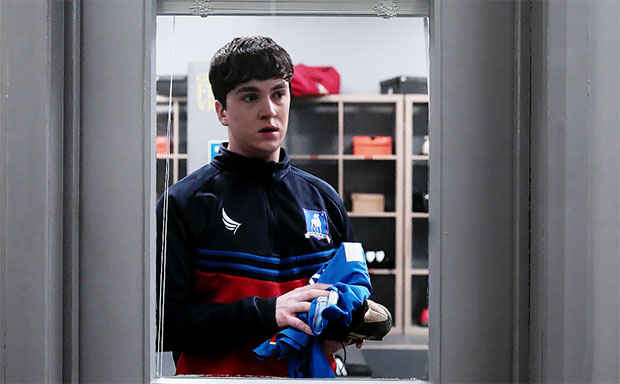 “Will, bless him. He just wants to always do the right thing,” Charlie told HollywoodLife. “He doesn’t want to tread on any toes, and sometimes that can lead him to overthinking, I suspect. And then when Nate just throws it all back in his face, especially when at first he seemed grateful for the gift that Will gave him, he must be overthinking the worst things possible. Is he gonna go to Ted and get me sacked? What have I done? I’m the worst kit man ever. I can’t believe have done this. But just for Nate to suddenly switch up like that straight away, Will’s in shock more than anything else straight away. But then, after a moment, when he’s shutting the blinds, I suspect it’s just complete sadness and realization of, oh my gosh, what have I done?”

Charlie stressed that Will didn’t mean any harm with the “Wonder Kid” jersey. “Not at all. He obviously hears the name earlier on the episode from social media. He thinks it’s a pretty cool nickname,” Charlie continued. “He just wanted to let him have it because he’s the new coach around and stuff. He’s had all of his moments. He wanted to give him a little gift, and then he just throws it back in his face. Because Nate has done the same thing. He’s been overthinking the situation and he realized, ‘I don’t want this. What is this? No, no, no, you’re mocking me.’ But Will just wanted to do the right thing. He just wanted to be nice to the poor mate.”

Obviously, this moment changes the dynamic between Will and Nate. Charlie teased that it’s going to “be intense” for these two characters going forward. “It’s almost like when you see that person from school that you’ve had a confrontation with beforehand the night before at the party or something, but you go to school the next day and see them,” he said. “It’s that awkwardness of like, ‘Oh, I don’t know what else to say to you. I don’t know what our situation is. I’ll just move along now.’ You don’t really want to try and address it, especially Will in this position because he’s lower down on the hierarchy at the club. It’s not his position to really speak to them as such. Well, he can speak to him, but not to the point of addressing the whole situation because that was Nate’s doing.” 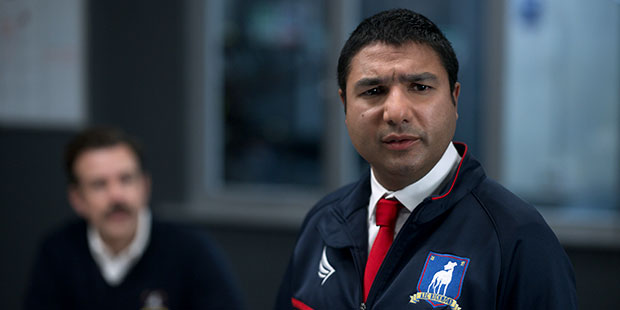 Charlie believes it would be “very, very intimidating” for Will to confront Nate about what went down. He said it would “depend on the situation” whether or not Will would defend himself. “I suspect it will be either how he’s feeling in that situation, if he’s overthought to the point of like, ‘You know what? No. I need to back myself for once.’ Or it could just be a situation of him just letting Nate walk all over him and just talk a load of rubbish about him. We shall see,” Charlie told HollywoodLife.

The Emmy-nominated series has already been renewed for season 3. Charlie has some ideas about Will’s future in the next season. “I definitely want to see more of his aspirations and fleshing him out a bit more as a human being,” Charlie admitted. “The majority of players that have been on this year, we’ve seen more of them on screen, which is fantastic. I’d like to see different dynamics between certain people that we didn’t suspect to see, like Rebecca and Will. I’d love to see that sort of situation play out because I feel like that would just be such an awkward scenario.”