My mother spent the last year of her life in a care home, suffering desperately from Parkinson’s disease. We had no help from the local authority and spent a great deal of money on what we hoped would be the best of care.

At first, we felt satisfied. She was cared for by what I can only describe as ‘down-to-earth’ Yorkshire women who could not have been kinder or more hard-­working. But many of them were older themselves and, as staff shortages increased and their wages did not, a good number found they were unable to cope and left.

Into the mix came three young Polish women. They, too, worked hard and did their best to take care of their charges, but my mother became desperate.

The young women could barely speak English. Each time I saw her, Mum would sob at her inability to communicate with those who were charged with bathing her, feeding her, performing the most intimate tasks to keep her comfortable. 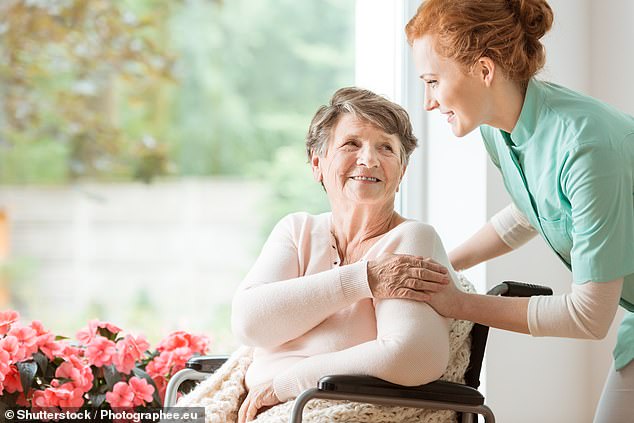 There are 1.6 million staff in social care, but more than 160,000 vacancies in a sector that is struggling as funding from local authorities diminishes

‘How, in this room all by myself, can I find someone to have a chat with when the only people who come in regularly are talking to each other in Polish? I feel completely left out.’

My father and I spent as much time with her as we were able. I complained to the more senior staff, but they, too, were overworked and stressed. Everyone meant well, but the impact on my mother was heartbreaking.

I thought of Mum this week, as senior figures warned of difficult months to come for carers and their patients alike.

As this strange, hot summer draws to a close, none of us is unaware of what a tough winter we’ll be facing. Like the darkest days of the pandemic, it’s the ill and elderly who may suffer most of all.

There are 1.6 million staff in social care, but more than 160,000 vacancies in a sector that is struggling as funding from local authorities diminishes. 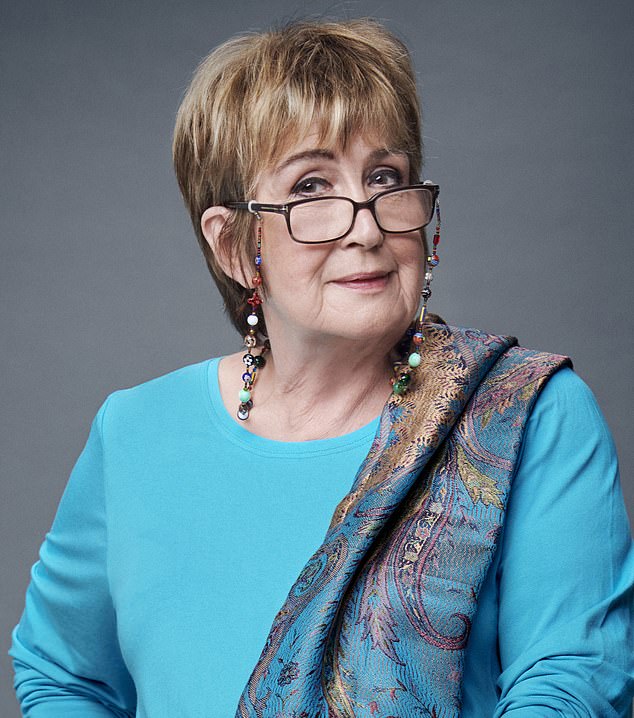 Health Secretary, Steve Barclay, plans hiring thousands of foreign workers to help care homes stay open through the winter. Jenni Murray (pictured) explains why this is not an ideal solution for the elderly population

Now the Health Secretary, Steve Barclay, plans hiring thousands of foreign workers to help care homes stay open through the winter, and wants NHS managers to recruit from India and the Philippines on ‘a mass scale’ to ensure the NHS does not become overwhelmed by Christmas.

This failure in care for the elderly is not new. But promises to improve matters with extra funding, like Liz Truss’s this week, have so far not been forthcoming.

Almost half of the 48,436 people who joined our nursing and midwifery workforce in the past year were from overseas, mostly India and the Philippines.

Yet bringing carers, nurses and doctors from other countries, no matter how well-qualified, is often far from the ideal solution.

How does a sick elderly man or woman explain their pain or their misery to someone who might barely understand the words they are using? How can they be comforted by someone who is unable to communicate and be understood?

Foreign workers coming to the NHS are tested on their ability to speak English. But, even if they appear to be reasonably capable, a strong accent or unfamiliar idiom used by either party, as my mother found, can make true communication almost impossible. She was too frail to be expected to make so much effort.

The latest proposal to ease the nursing shortage is to bring nurses to this country from Nepal, paying their way and allowing those who have qualified at home to work here automatically.

But hang on a minute. Nepal itself is facing a crisis due to a shortage of health workers. It’s on a ‘red list’ drawn up by the World Health Organisation to prevent ‘unethical recruitment’ by wealthier countries.

As leaders in the NHS warn the Government that patient safety is being compromised by phenomenal staff shortages — last year there were 93,806 full-time vacancies across the NHS in ­England, and 73 per cent of health workers have thought about leaving their jobs — the answer to this perennial problem is to train and pay nurses and carers at home.

The chief executive of the ­Royal College of Nursing, Pat Cullen, has said that we must stop the over-reliance on overseas staff and instead invest in the ‘­recruitment and retention of the domestic workforce’.

There is no shortage of young British people who are keen to train as nurses. UCAS (the Universities and Colleges Admissions Service) found a record number of 18-year-olds applied to study nursing in England in 2021.

We have young people ready and eager to step into the breach. They’ve got the energy and enthusiasm; we just need to make them aware they are valued. Maybe not by clapping every Thursday night, but by giving them enough money to live comfortably off-duty.

At 64, Madge is no longer in vogue 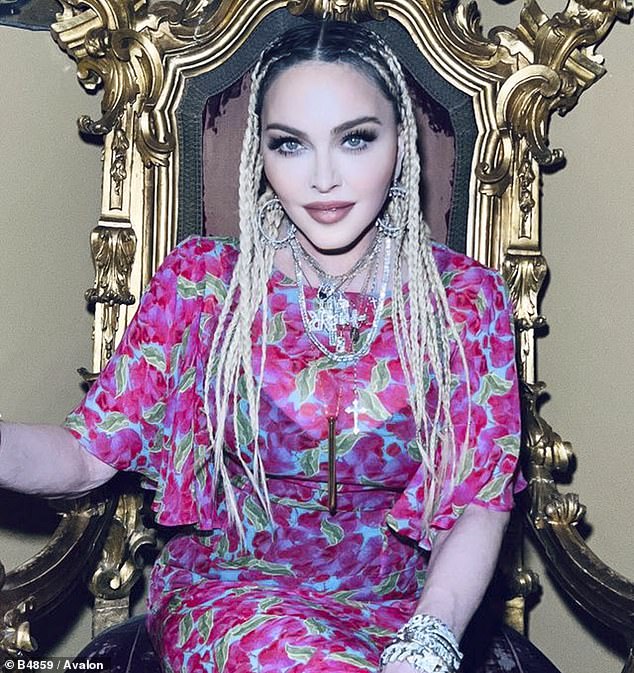 I’ve long been a fan of Madonna. I loved her music, her energy, her determination to set up her own record label to avoid industry control. She was a shining example to young, female performers. I even forgave her cocking a snook at her religion in her youth. But at 64, maybe it’s time for her to be more thoughtful about people for whom an altar and a cross mean more than a backdrop for an Instagram post.

‘Jesus Loves Me,’ she said in the caption. Not sure about that, judging by previous antics she’s filmed in church. 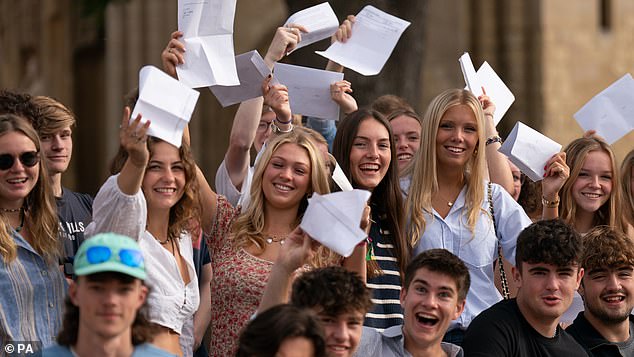 I shan’t be surprised if girls do better in GCSE results today than boys. All work and no PlayStation! And it’s impressive to stick with the demands of studying ten or more subjects. What a pity, then, that the next step is to confine yourself to three or four A-levels. I studied English, French and History. Yet there are areas of life about which I have absolutely no idea. Space travel, for example. How I wish I could understand the first thing about it! Let alone such practical skills as sewing or woodwork. So I have sympathy for calls to introduce a baccalaureate. It would have more subjects than three and skills to be learned. The broader that education is for young people, the better.

I knew my chihuahuas were crying! 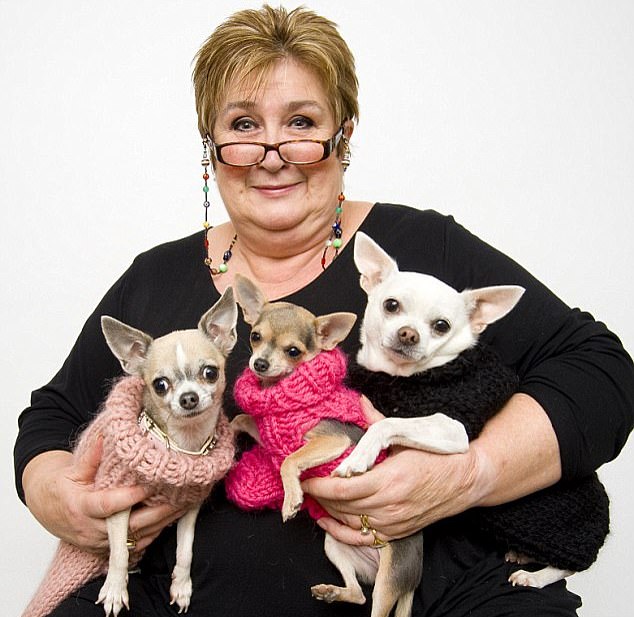 It’s strange, but I’ve often worried about the eyes of my two little chihuahua chums, Frieda and Madge.

When the third of their number, Butch, was alive, the whole pack (­pictured) would greet me wildly when I came home from a trip away. At such moments, I would be anxious about their eyes, because they seemed to be watering. Were they infected, did they need treatment?

Now, thanks to a new study that found dogs produce tears when they experience positive emotions, there’s no need for concern. They’re simply shedding tears of joy.