The World Cup rolls around every four years, a staple in the lives of football supporters around the world. It’s a regular superfestival the whole of the world seems to adore (with some notable exceptions). The present edition, being held in Qatar, four months later than usual, will likely obtain the same global fascination despite the controversies surrounding the awarding of the hosting rights to the Persian Gulf country and its regime’s questionable record on human rights and labour practices. The games must go on.

As must the publishing. Among the regular slew of new World Cup books is the rather ambitiously titled How to Win the World Cup, containing an implied promise on which author Chris Evans knows he cannot deliver. No doubt the title is a product of marketing department assumptions: you’re always going to be able to sell a serious book about football in a World Cup year; winning wins; how-to books are endlessly fascinating. Interesting and Wacky Facts about the World Cup was never going to cut it. 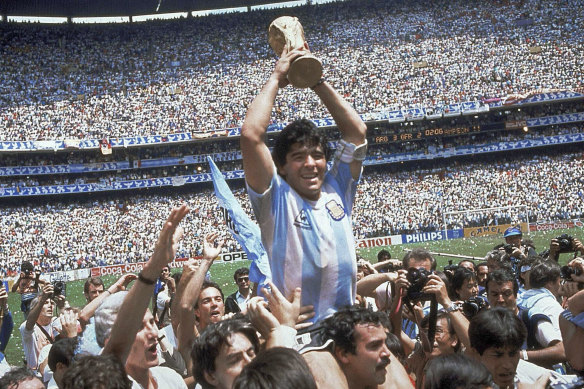 Argentina’s captain Maradona holds up the World Cup after his side beat West Germany in the 1986 final.Credit:AP

That sarcastic alternate title is not fair. Evans has assembled an impressive collection of data and research. Even as a reasonably knowledgeable football fan, I was constantly being introduced to new information about the Cup’s history. Evans also interviewed a number of major figures about their (lack of) World Cup success. But the thoughts of winning Brazilian coaches Luiz Felipe Scolari (2002) and Carlos Alberto Parreira (1994) and various others lend serious weight to the book’s authority. 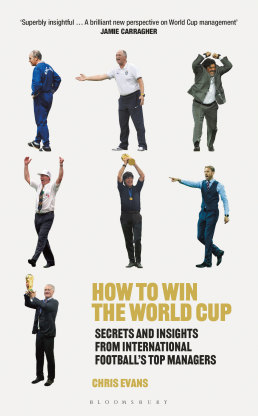 However, I am left scratching my head at the book’s purpose. If it is not to answer the intimated eponymous question, then what is it? A successful freelance journalist, Evans is no David Greenblatt, author of The Ball is Round: A Global History of Football; nor is he a Jonathan Wilson, though some aspects of the latter’s history of football tactics, Inverting the Pyramid, do seem to find their way into the book. Evans’ book contains neither historical gravitas nor in-depth knowledge of tactical innovation. It is pitched at a general level, without a deeply rooted football cognoscenti agenda.

To be fair, Evans offers a great selection of themes and insights. The chapter on the fortunes of minnows in the World Cup broaches the important question of what defines success in relation to the World Cup. You don’t have to win the Cup to have a good World Cup. Other chapters hinge on such issues as home advantage, the importance of captains, star players, golden generations, and penalty shoot-outs; each of them germane to engaged football discussion.

Yet, in almost every chapter Evans seems to be leading the reader to a definitive argument only to undercut that with a fatal “on the other hand” or “however”, after which a counterargument is put equally forcefully. It got to the point where I was waiting for this inevitable shift, already undermining the validity of the argument as I was reading it.

This is perhaps the major problem with the book: its insistent even-handedness, and its refusal to offer a thesis (whether overall or chapter-by-chapter) that fashions the author’s arguments and strategies. Knowing the author’s argumentative destination would allow readers to understand the purpose of the constant stream of facts and counterfacts. Realising very early that looking for an answer to the question of how to win the World Cup was always going to be a fool’s errand, I waited for the clue that never came and so finished the book feeling slightly more knowledgeable but frustrated and none the wiser. 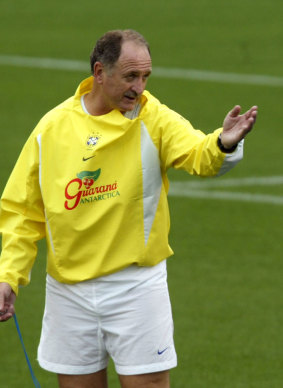 Brazilian head coach Luiz Felipe Scolari talks to his squad during a training session before his team beat Germany in the final of the 2002 World Cup.Credit:

Would Australia’s national coach, Graham Arnold, find some value in this book. Given that we have little chance of winning the Cup, the book’s failure to answer its implied question is not a problem. I daresay Arnold is across much of the book’s historical information and so would not be edified by what he reads.

Perhaps the author’s to-ing and fro-ing on the various themes might have some interest for a figure such as Arnold. What would displease Arnold (assuming his cultural cringe is as finely tuned as mine) is the absence of substantial references to Australia in the book, even in sections that focus on the Dutch former coach of the Australian team, Guus Hiddink, or golden generations. Whatever the case, I don’t think Arnold will read it.

Ultimately, the book has a target audience: sports generalists and football fans who want to know more about the history of the World Cup, and to participate in the tournament’s fascination and excitement. For them, the book has value. Football purists and intellectuals won’t be drawn to it but, as always, their attention is not the publisher’s goal.

How to Win the World Cup: Secrets and Insights from International Football’s Top Managers by Chris Evans is published by Bloomsbury, $29.99.

The Booklist is a weekly newsletter for book lovers from books editor Jason Steger. Get it delivered every Friday.

Who? What? Why are we so fascinated with these celebrities?