Home » Lifestyle » 'The Wilds' Ladies on the 'Responsibility' of Depicting Trauma, Mental Health

Leaving their mark. As season 2 of The Wilds kicked off, fans got to see the main characters battle issues outside of the island — starting with their own mental health.

Who Is Alive? Who Might Be Dead? What to Remember Before ‘The Wilds’ Season 2

“There’s definitely some responsibility [when it comes to depictions of mental health on the show] and everyone’s journey is so unique to them. But I wanted to do Leah’s justice,” Pidgeon, 25, exclusively told Us Weekly ahead of the season 2 premiere, which was released on Friday, May 6. “In terms of having scenes with Reign, these are two people going through very different things. Then there is also two actors meeting that with their own experience and the insights that they can bring to it.” 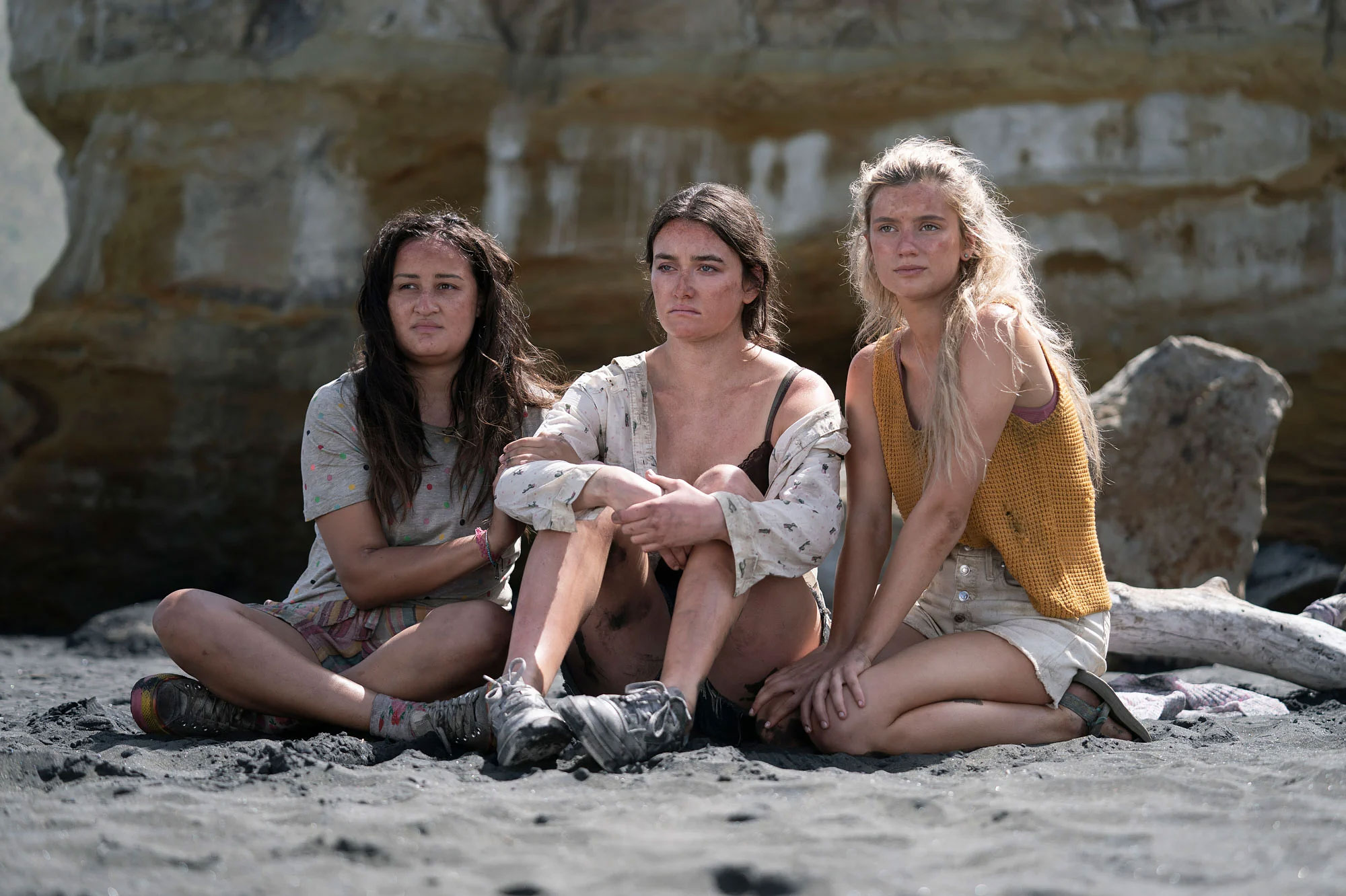 The Nowhere I’d Rather Be actress explained how working with Edwards, 25, helped their individual onscreen stories blossom. “It is just exciting to have something that had so much nuance and depth to it. To be able to see these two characters that were adversaries at the beginning of this show come together and have that commonality of struggling with one’s head space. It is satisfying and gratifying to work with such an incredible scene partner such as Reign and be able to portray a young individual struggling with mental health.”

Edwards, for her part, praised the way that the narrative brought Leah and Rachel together amid their conflicting reactions to Nora’s disappearance.

“The beauty of it all is that our characters were not friends. But to see them come together in season 2 was kind of full circle in terms of them dealing with their traumas and working together,” the Maryland native explained. “That’s a beautiful metaphor for mental health in general. We can all come together because everybody has their things that they go through. I think it’s beautiful how these two were able to connect, grow together and help each other in their mental health struggles.” 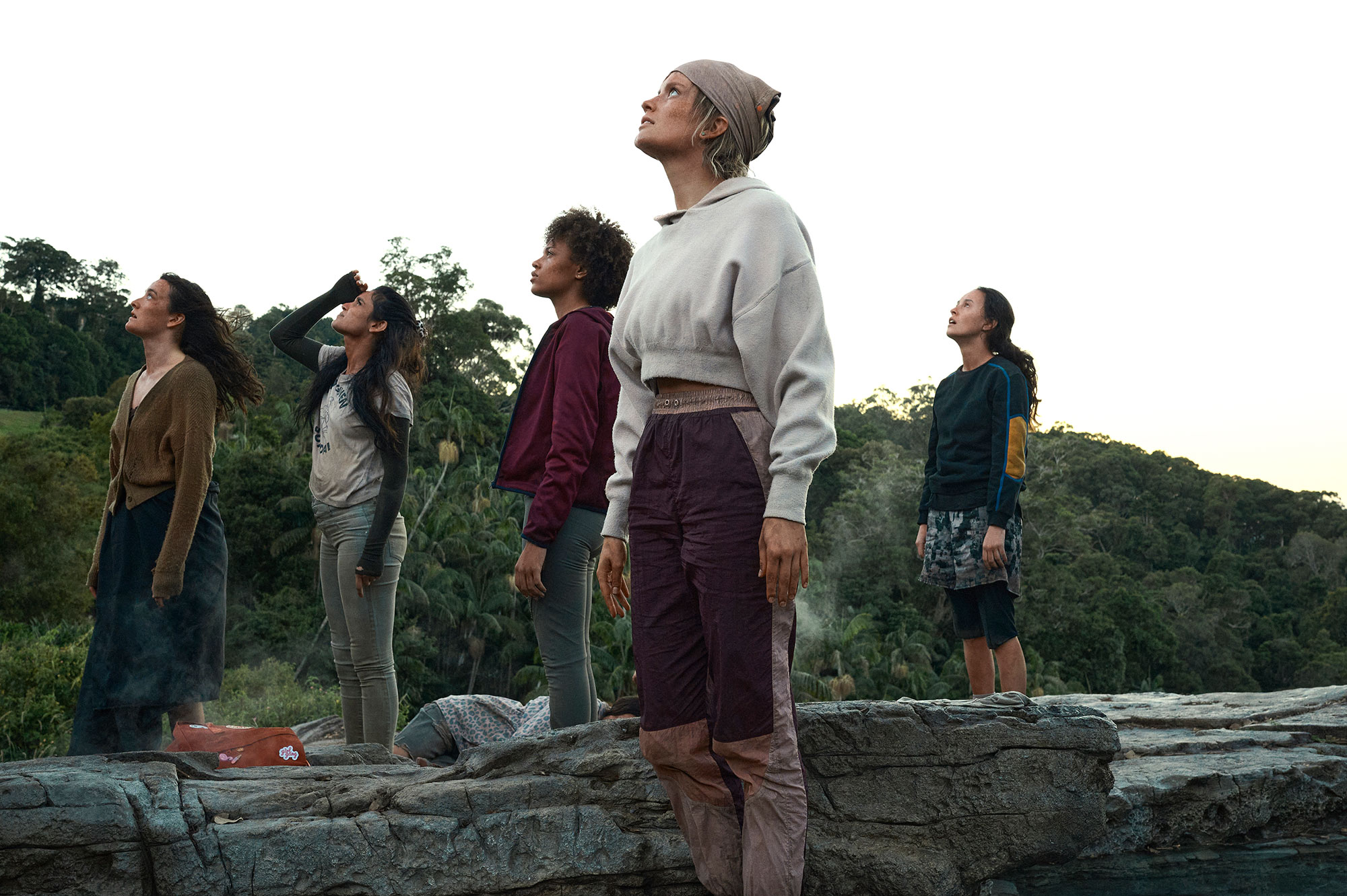 During season 2, all the girls in the group were focused on facing the ups and downs from their past trauma. For Fatin (Sophia Ali), confronting her issues meant refocusing on her friends. “Fatin is actually not any more aware or emotionally stable. The way that she processes emotions is just different,” Ali, 26, noted to Us. “She prioritized herself in a way to survive in her life and she figured out how to do that. But I think that having to care for other people is just as difficult as it is for all the other women to learn how to take care of themselves.”

Fatin taking on a new caretaker role paralleled Dot (Shannon Berry) trying to put herself first before cracking under the pressure after Martha (Jenna Clause) experienced a breakdown.

“This energy from Dot is very foreign to audiences. They don’t expect to see someone in need of help and [for her] to completely shut down quite negatively and aggressively,” Berry detailed. “It’s kind of like the flip side of Fatin where Dot has never prioritized herself. She’s prioritized other people. Now all of a sudden she’s been able to live in that space and injuries pop up for the people that she cares about. It brings up a lot of negative emotions, memories and something that she thought she left behind her that she realizes is actually still really prevalent.” 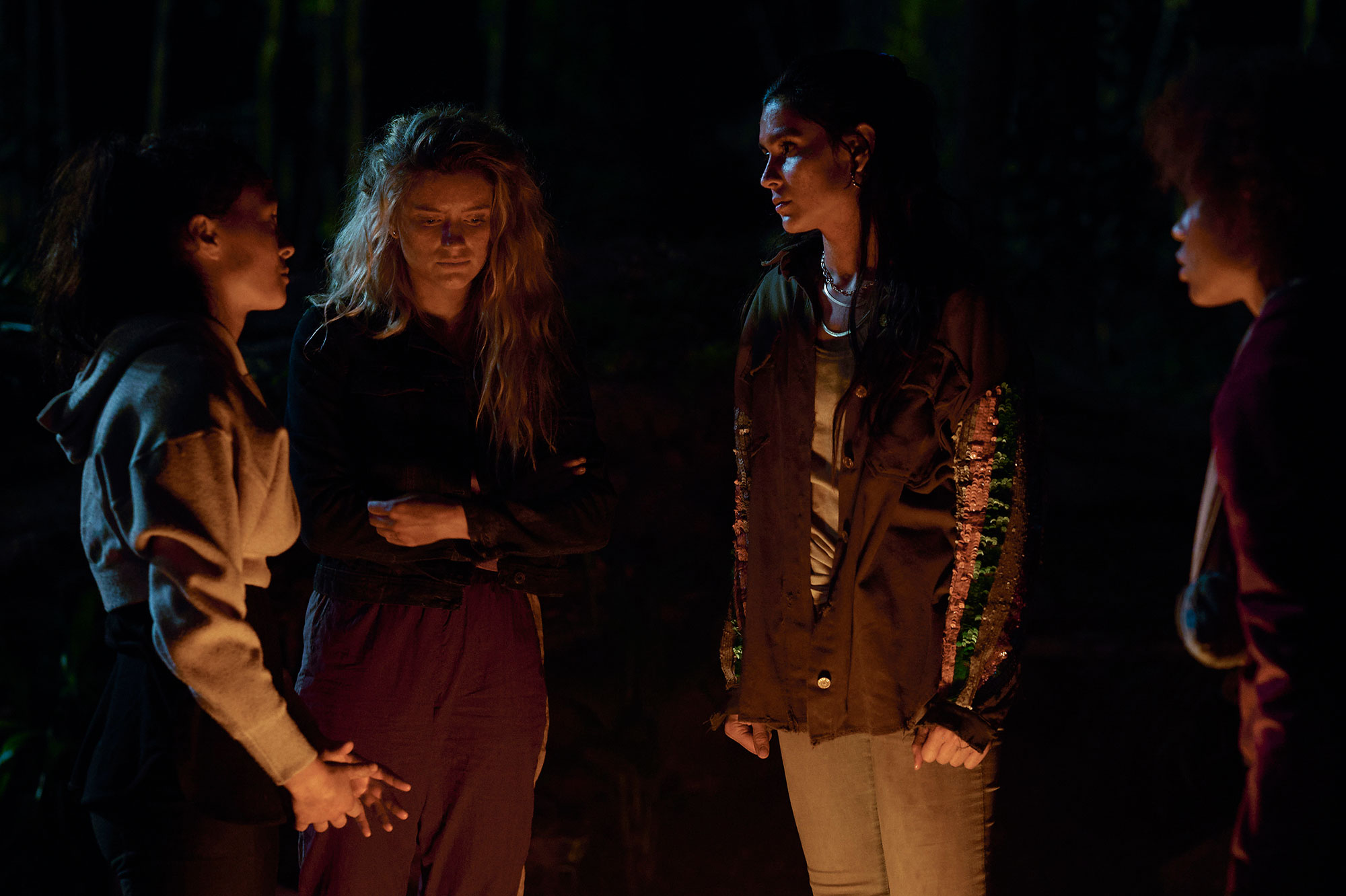 For Clause, 23, getting to push Martha’s story forward meant introducing a deeper conversation about finding support from your loved ones. “When one falls we help them up and then it’s just back and forth with all of us,” she said. “All of our strengths and all of our weaknesses are just passed around, but we’re still able to progress through all that when it comes to dealing with our mental health.”

The New York native hinted that her character still has to process her issues now that the girls and the boys are stuck on one island. “Finding new people is almost like hitting the jackpot. It’s more people working towards the same goal, but I feel like from my character’s point of view, I’m kind of hoping that she’ll gather almost a new perspective on how to view men,” Clause noted. “Because I feel like she’s very fearful of them in a sense that that is what caused her trauma.”

Ali, however, revealed that she was “scared” for Fatin now that boys would be added into the mix. “I feel like this would be too similar to society and she’ll go back to who she was before,” the California native admitted. “Although she never really got along with women, I think she has a newfound respect and appreciation for them. So I’m worried that even for maybe for a moment, she might think, ‘OK, I’m gonna go back and be this person now that there’s men around.”

Meanwhile, Erana James revealed that she was excited to see what Toni learned from the first island as she faces some “tough choices” in the future. “That [should] help guide her in this new part of her life. I suppose that’s the point of it. For them to face these challenges and learn from it,” James, 23, shared with Us. “We’re always growing and we’re always learning and she will also be making lots of mistakes as humans do.” 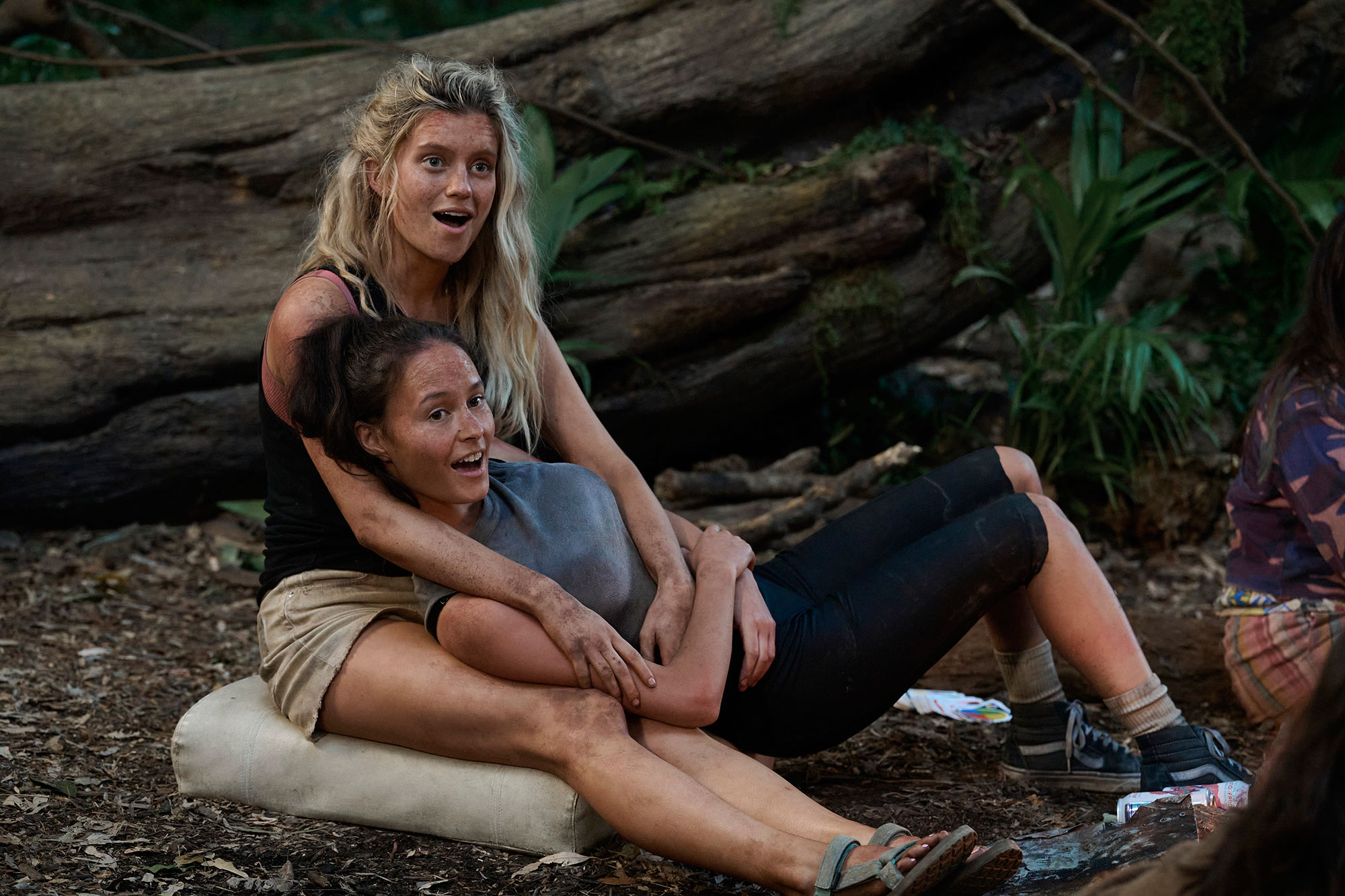 The New Zealand native also teased that there were plenty of challenges that Toni has to face with Shelby (Mia Healey). The couple broke up ahead of their extraction and things might get even more complicated now that Shelby is the next operative.

“I can only really speak for Toni, who has to do a lot of work to feel like she’s worthy of love and can be the best partner for Shelby. It’s not just about them being the best they can be, but also making sure that she’s doing right by her partner,” James explained, noting that she had “hope” for their future. “I always have hope. You have to have a little bit of hope.”

James credited fans of The Wilds for continuing to inspire such a positive outlook on the show and their characters. “Seeing the response from people, and in particular the queer community has meant just so much to all of us. The outreach, the outpour of messages and love,” she concluded. “It’s more than we could ever have wanted. They’re so amazing, so vocal and hilarious as well. I hope that they feel like we’ve done their characters justice in season 2.”

Season 2 of The Wilds is now available to stream on Prime Video.