The International Monetary Fund has backed a review of the Reserve Bank, saying the financial and economic world had dramatically changed since it was last subjected to an inquiry.

The head of the fund’s Australian mission, Harald Finger, said as most other central banks had reappraised their major policy parameters over recent years, it was time for the RBA to follow suit.

In April, the Herald and The Age revealed growing doubts about the RBA’s management of the economy before the pandemic. The RBA sets official interest rates and attempts to keep inflation between 2 and 3 per cent as part of its charter to deliver full employment while maximising the nation’s prosperity. It has missed its inflation target since 2015. 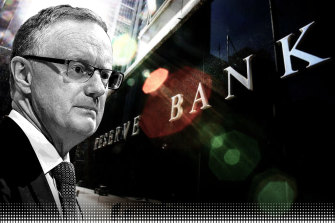 The IMF says there is a case for a formal review of the Reserve Bank.Credit:

Earlier this month, the Organisation for Economic Cooperation and Development backed a review of the RBA which would be its first in 40 years. It said not only should its overall mandate be examined but its board structure, hiring practices and communication process.

Shadow treasurer Jim Chalmers has committed Labor to a review of the bank while Treasurer Josh Frydenberg has said he is open to an inquiry, probably after next year’s election.

Mr Finger, speaking from Washington, said central bank reviews were “good practice”, especially in a period of major change in how they have operated in the economy.

“We do think it’s always good to read over the framework,” he said.

“(The RBA’s) not been reviewed in a long time and the world has changed. It’s a very different environment now than it used to be.

“You’ve very low interest rates, you have new policy tools, and a very different outlook for growth in the period ahead. So it’s worthwhile to take a look and review.”

The RBA has signalled it will keep official interest rates at their record low of 0.1 per cent until 2024. It is also engaging in a quantitative easing program under which it is purchasing $4 billion a week of government debt.

Mr Finger said the use of unconventional policies and ultra-low interest rates meant it was the right time for a review.

“The global financial crisis was a big game changer for many advanced countries,” he said. “Some went into unconventional monetary policies, including asset purchase programs, negative interest rates, and so on.

“For other countries like Australia, New Zealand, which did not have to do that, at the time of the global financial crisis, they’ve had to do it now with COVID.

“So things are definitely changing. The global environment is quite different than it used to be.”

Any review is likely to cover the RBA’s 2-3 per cent inflation target.

Westpac chief economist Bill Evans said there was a case to change the target.

Mr Evans, one of the most respected bank economists in the country, said it appeared unnecessary to hold a “long and costly” review of the RBA.

But there was a case to change the bank’s mandate, noting most other central banks had slightly lower inflation targets.

“Reducing that target to a 1-3 per cent range rather than the current 2-3 per cent range would recognise the structural changes in our economy since 1992 when the target was first adopted and align Australia with the central banks in other developed economies,” he said.

“That decision would allow the governor the flexibility to pursue his objective of lifting inflation; wages growth and lowering the unemployment rate without risking a dangerous imbalance in the housing market in pursuit of an anachronistic objective.”