Blushing bride! Meghan King, who married Cuffe Owens on Monday, October 11, looked nothing short of stunning at her nuptials. But her process of saying yes to the dress was rather untraditional.

“I bought thousands of dollars worth of dresses online — everything from traditional gowns to cocktail dresses off the rack,” she told Brides. Her add to cart order wasn’t the only departure from the status quo. She also had her hubby help out in the selection process.

“Breaking from tradition, I tried all of them on for Cuffe to see,” the 37-year-old Real Housewives of Orange County alum explained. “We both found ourselves getting caught up in expectations of tradition with the dress when I just decided to wear what felt most like me.” 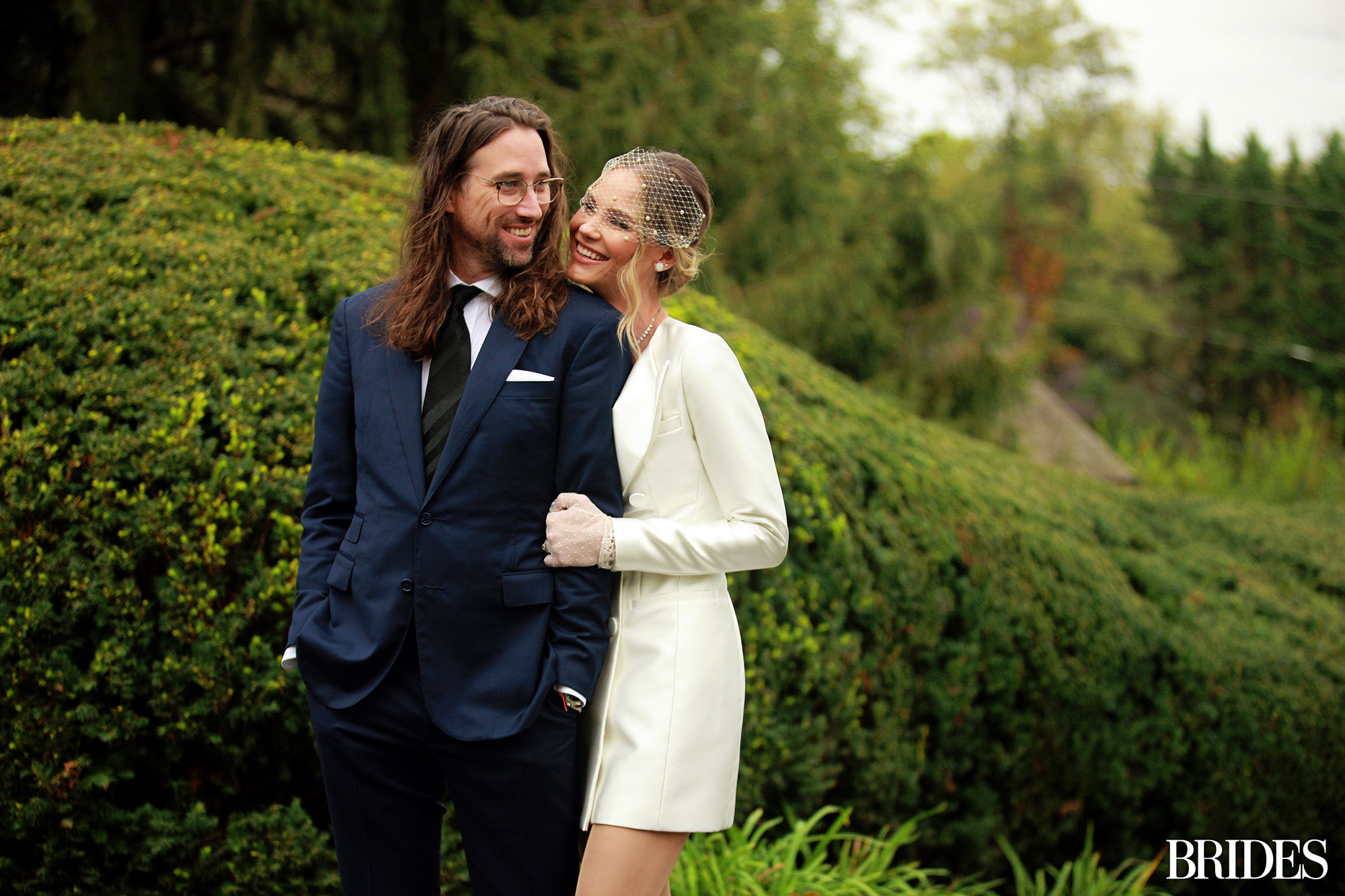 In the end, King, who was previously married to Jim Edmonds from 2014 to 2021 and Brad McDill from 2007 to 2011, went with a “mature blazer dress” by Rasario, which happened to be the first piece she tried on. “I had my dry cleaner pin back the lapels et voilá! My wedding dress was complete,” the Bravo star said.

Who Is Cuffe Biden? 5 Things to Know About Meghan King’s Husband

While the whole dress selection was unique, King stood by the tried and true belief of wearing something old, new, borrowed and blue. She donned diamond studs that belong to her sister and “classic Manolo Blahnik pumps in my favorite color, blue.” She finished off the look with a sweet veil from BHLDN, Dolce and Gabbana lace gloves and a Jonathan Simkhai cami. When it came to bling, she wore a Suz and Patrish tennis bracelet.

In the beauty department, the star wanted to “look and feel as much like ‘me’ as possible.” She added: “I just wanted to look like a better version of myself, but with lashes, of course.”

As for Owens? He donned a navy Ralph Lauren Purple Labell suit that perfectly matched King’s pumps. The attorney, who has a very long mane, treated his nuptials like any other day. “When I asked Cuffe how he would prepare for grooming on our wedding day he confidently looked at me in the eyes, smiled and said, ‘Like any other day,’ and kissed me.”

The pair had their “small family wedding” at Owen’s parents’ home. The Georgetown graduate’s uncle, President Joe Biden, was in attendance. King and Owens’ ceremony was kept on the shorter side, as simplicity was key to them.

Former ‘RHOC’ Stars: Where Are They Now?

“Don’t let anyone make it about anything other than your love for each other and the commitment you’re making to each other,” the couple said to Brides. “And, do it on your terms. If you’re lucky enough to have two families that ‘get it’ like we do, you’ve got everything you need.”