A conservation technician at an Ohio zoo recently discovered that Tasmanian devils glow under ultraviolet light.

The Toledo Zoo posted the finding on its Facebook page earlier this month, just weeks after the phenomenon was found to occur in several other mammals native to Australia.

“Biofluorescence refers to the phenomenon by which a living organism absorbs light and reemits it as a different color,” the zoo wrote on Facebook. “In the case of the Tasmanian devil, the skin around their snout, eyes, and inner ear absorbs ultraviolet light … and reemits it as blue, visible light.”

Jacob Schoen, the technician with Toledo Zoo Conservation who uncovered the finding, told the Australian Broadcasting Corporation that this was believed to be the first time the phenomenon had been documented in the marsupial.

“When platypuses were recently found to be biofluorescence, it got us pretty excited to try and discover this in other animals, especially in Australian mammals,” he said.

Schoen said he and his team were surprised when they successfully observed the occurrence on their first go. 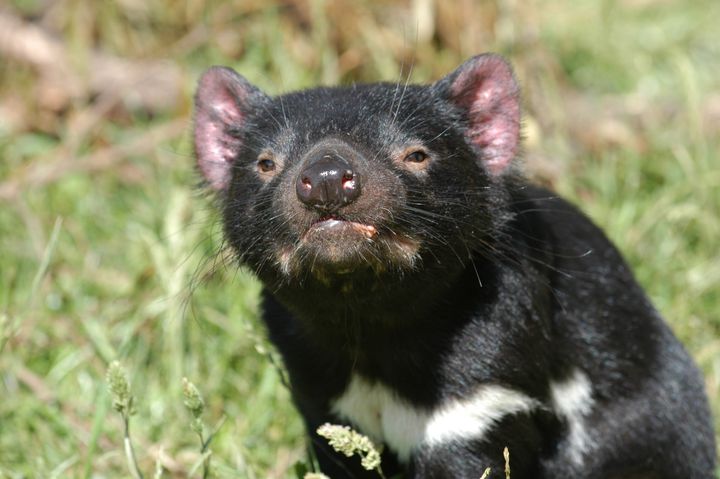 University of Kansas biologist Leo Smith, an expert in biofluorescence, told NPR it was not clear what purpose the trait served in mammals.

“It’s not something that you can necessarily come up with a really good explanation for why it might be there or what could be the advantage. Like a lot of things just evolve and they’re not good or bad, they’re just whatever,” Smith said.

Schoen said the team at Toledo Zoo was keen to do further research in the area. They have not yet drawn any conclusions about their findings.