Tori Spelling is embracing her recent glow-up with more fun selfies online, following accusations of having had plastic surgery — which she denies.

While on a flight to London, the 48-year-old managed to capture a few snaps from the cockpit while wearing a captain’s hat and teasing a bit of cleavage. 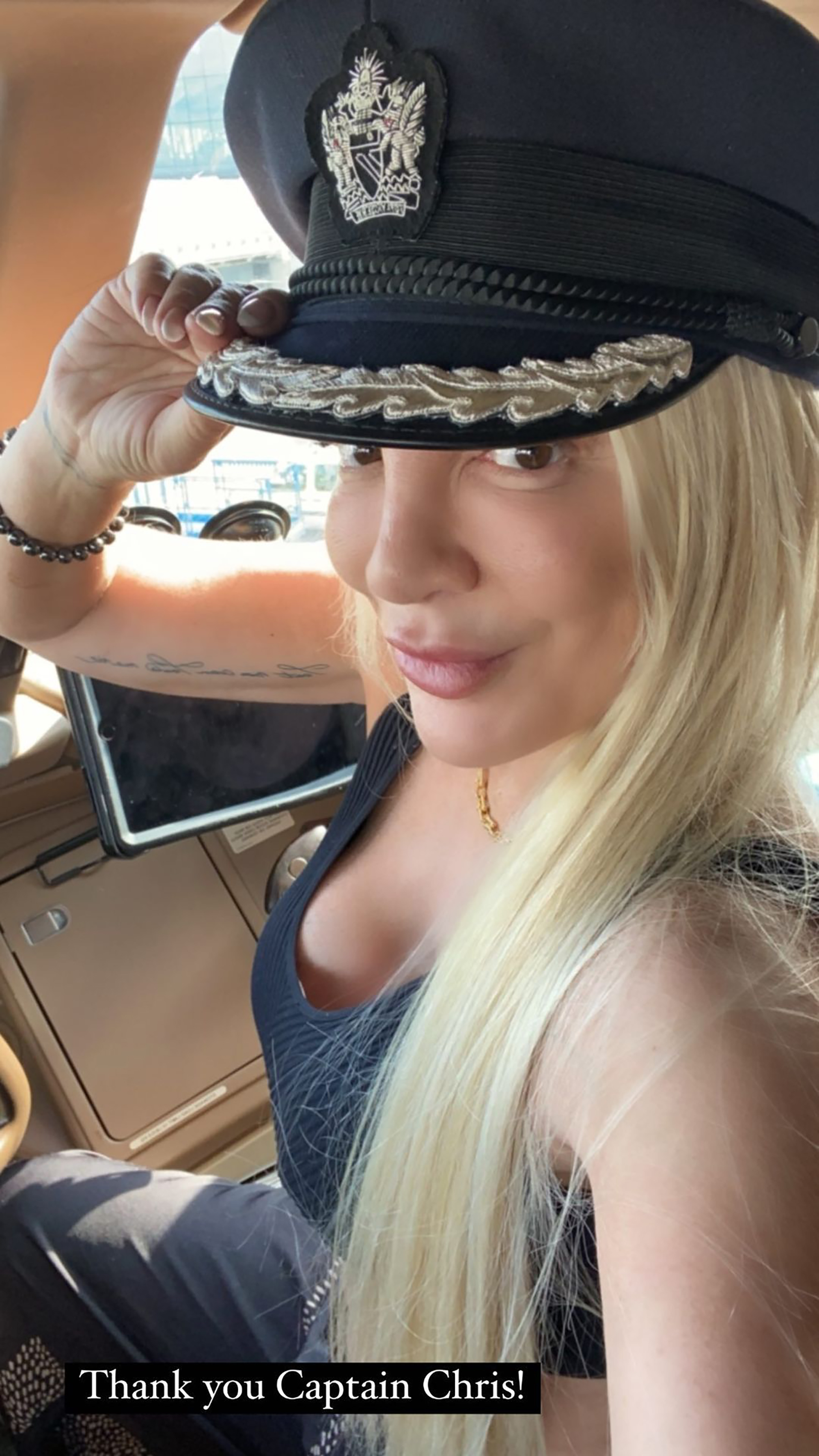 “Thank you Captain Chris!” she wrote over the pic. In a second flick, the television star was seated and handling the plane’s control wheel as she smiled for the camera.

“Captain Tori reporting for duty…” she jokingly captioned the photo. 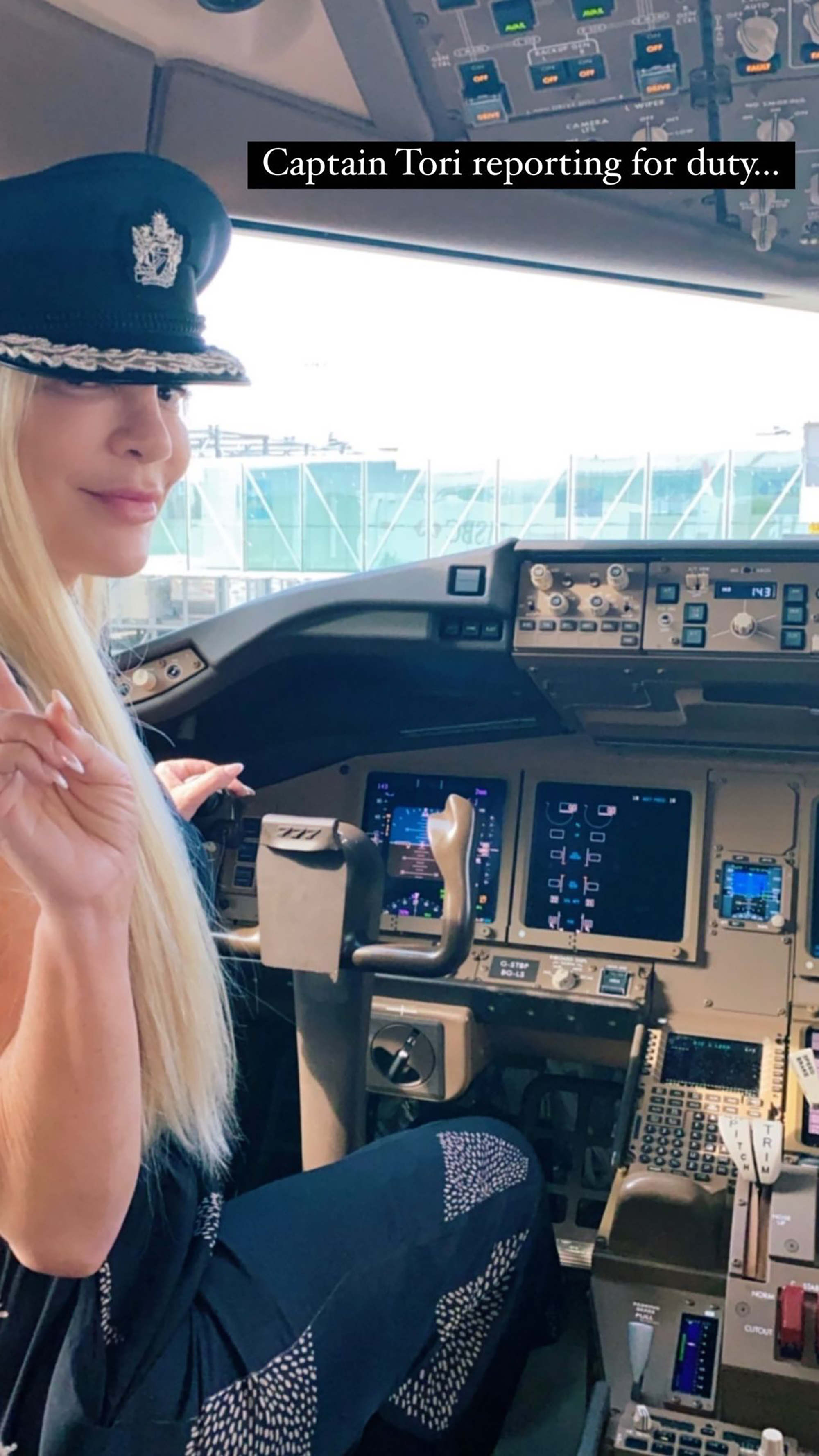 Rumors of the actress having had work done began to bubble with the release of recent photos wherein the star was instantly compared to Khloe Kardashian, attributing her new look to “makeup and skincare,” not surgery.

“First of all, I have an amazing makeup artist now. Her name is Hailey Hoff, and with contour, she does makeup like no one else,” Spelling, 48, said on SiriusXM’s “Jeff Lewis Live” Thursday. 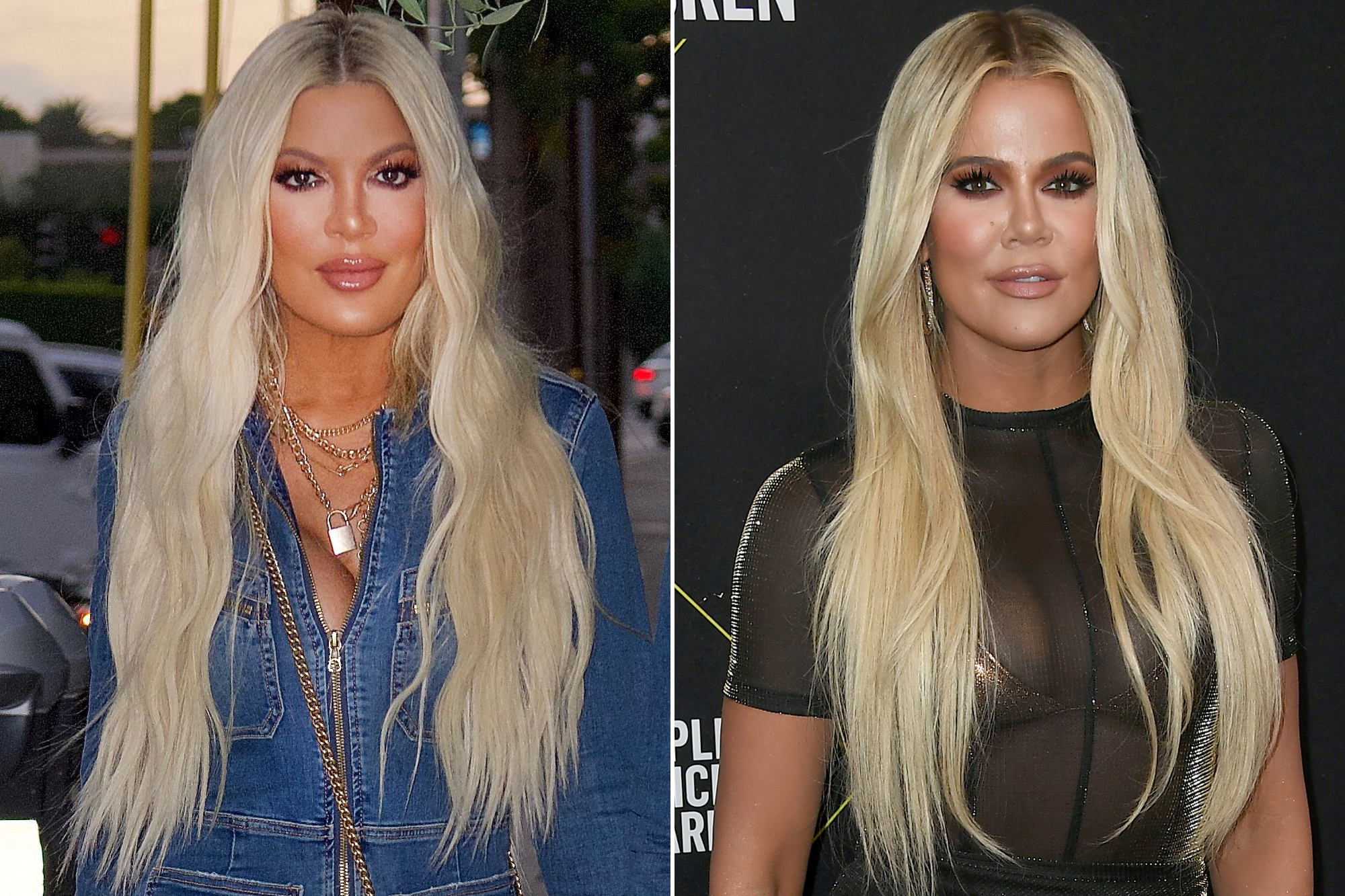 “I look completely different,” she admitted. “I look like I’ve had a nose job. Like, it’s straight now.”

She also claimed that her younger look could also be attributed to exosome therapy, which delivers RNA, DNA and proteins to other cells in the body to help with inflammation and rejuvenation.

“It may be the exosomes, too, because they said my skin looks flawless, so maybe I’m looking younger,” Spelling said, adding, “They said I looked Snooki’s age. She’s 33. I’m like, I’ll take that.”