Love that stood the test of time – and graduation! High school sweethearts who went on to get married share then-and-now images of themselves at prom and their weddings

A viral Twitter thread has seen dozens of happily married couples showing their transformation from attending prom together to getting married.

The viral thread began when Ohio-based user Sydnie Haag shared a photo of herself and her now husband going to prom and a photo of them on their wedding day to the social media platform on Tuesday, July 9.

Since she shared the sweet comparison images, countless other couples have joined in to show their journeys from attending the high school dance, to years later when they tied the knot.

After Syndie shared her now viral tweet, which she captioned ‘Prom vs. Wedding’, it accumulated over 560,000 likes, and a further 74,000 shares, with many of the images going on to be shared on Bored Panda.

Similarly, the post garnered a whopping 1,600 comments, many of which are from couples who joined in to share their own adorable photographs that see them transforming from loved-up teenagers to happily married couples. 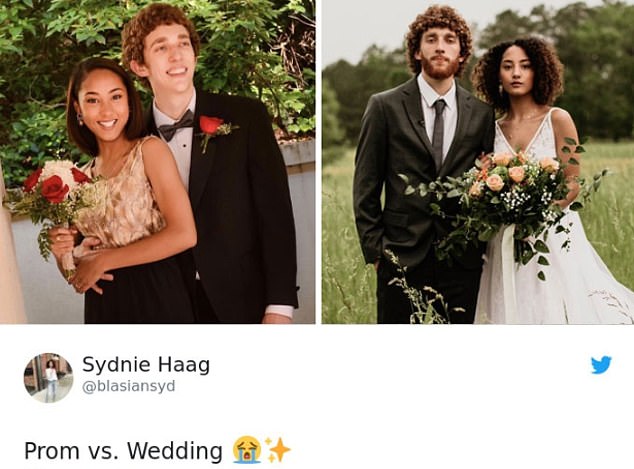 Sweet: The now viral thread began when user Sydnie Haag (pictured) shared two photos – one of her and her now husband at prom (L) and a photo of them on their wedding day (R) 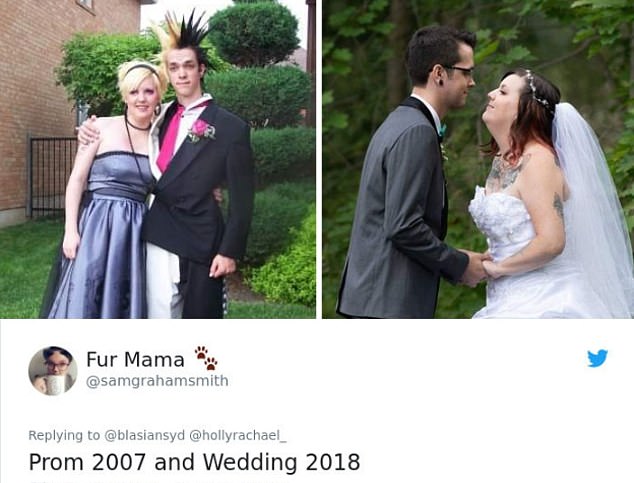