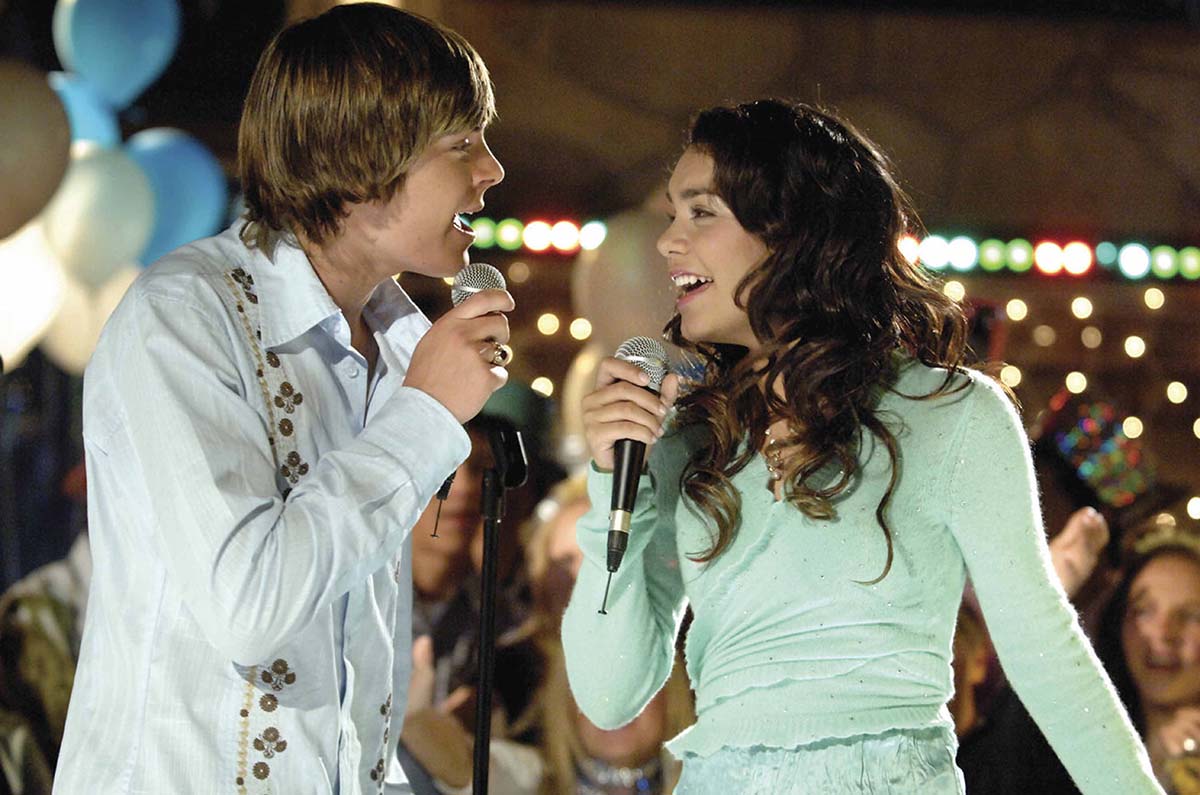 Get your head in the game! Zac Efron followed in ex-girlfriend Vanessa Hudgens‘ footsteps with a visit to High School Musical‘s East High.

The Cast of ‘High School Musical’: Where Are They Now?

“Don’t you… Forget about me ✊🏼,” the actor, 34, captioned an Instagram photo of him posing in front of the school in Salt Lake City, Utah, on Friday, July 22, referencing The Breakfast Club with his quote and pose.

The Baywatch star’s walk down memory lane comes one month after Hudgens, 33, documented her own trip to East High. 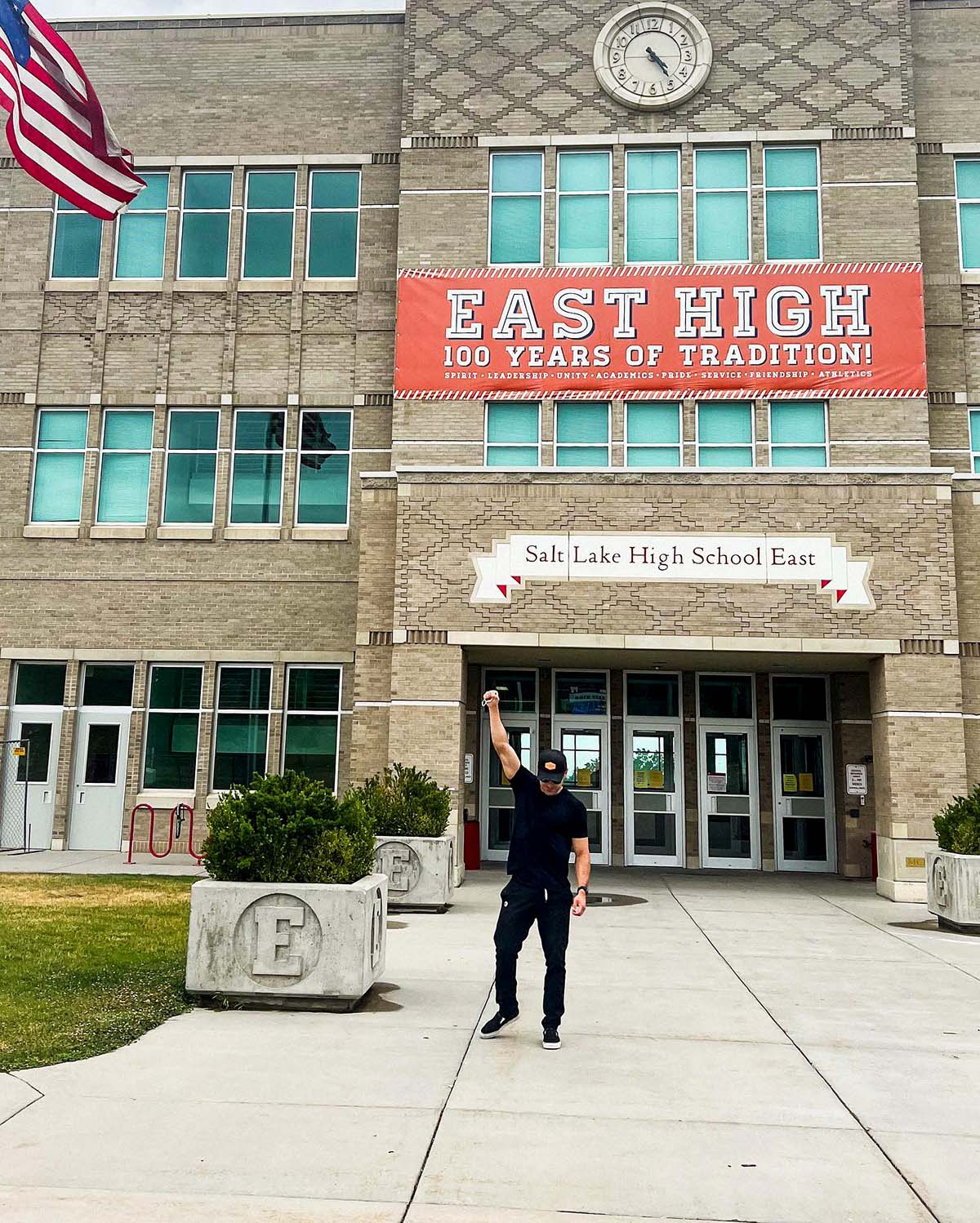 “Do you remember in kindergarten how you’d meet a kid and know nothing about them, then 10 seconds later you’re playing like you’re best friends because you didn’t have to be anything but yourself?” she wrote alongside a video of her dancing in front of the school, quoting the film.

Efron and Hudgens both rose to stardom after playing Troy Bolton and Gabriella Montez, respectively, in the franchise’s three films. The duo, who played love interests on screen, also dated off screen from 2006 to 2010.

“Apparently high school musicals have changed since 2006. Euphoria High does not do it like East High did. There’s a lot less singing, a lot more hair pulling and a lot more cleavage,” Hudgens joked after a skit where she portrayed Sydney Sweeney‘s character, Cassie Howard, before the HBO star, 24, took the stage in June. 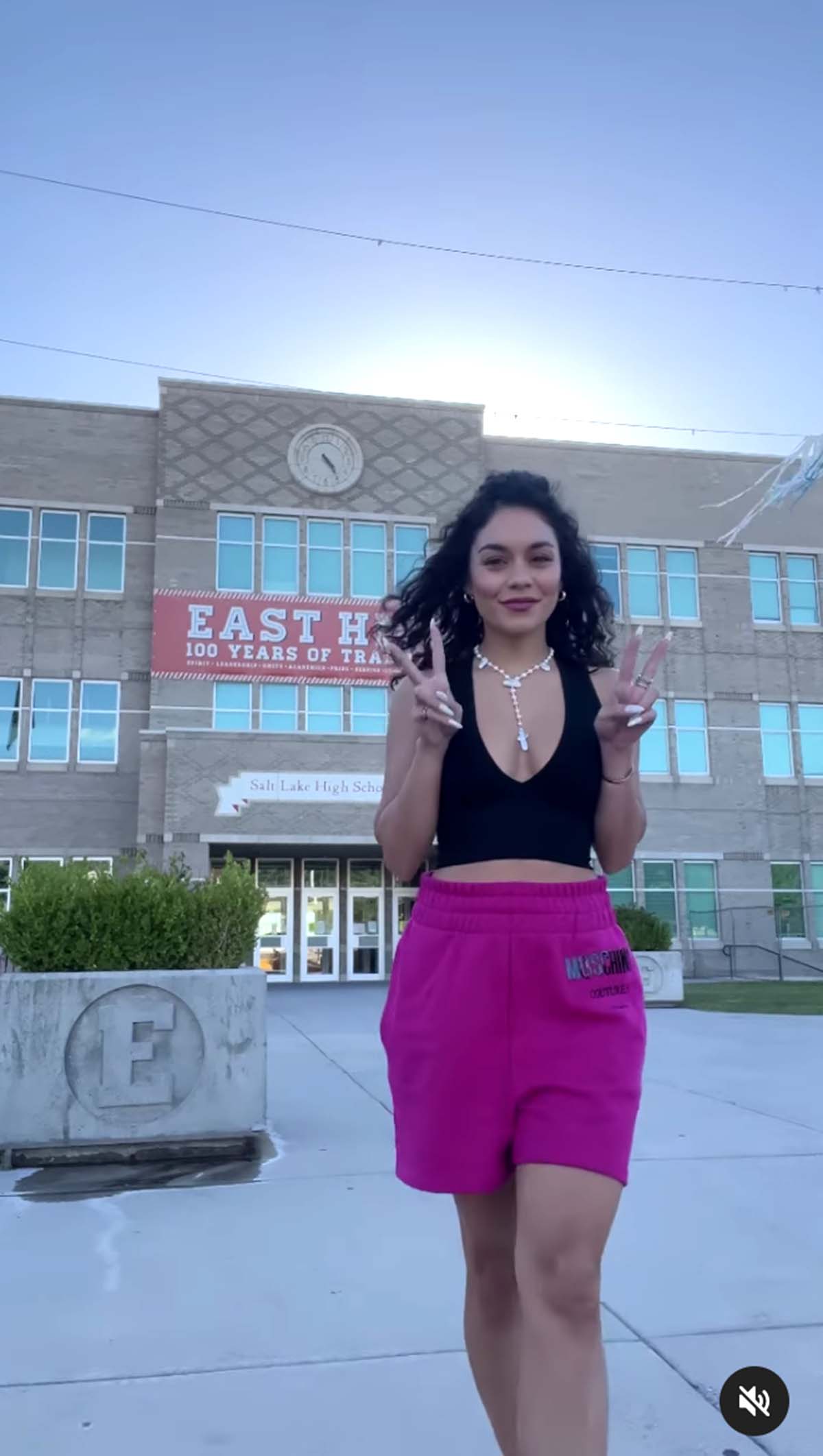 The California native, however, has previously admitted she has no plans to reprise her role in a potential fourth High School Musical film.

“It was such a beautiful moment in time that so many people do hold so close and near and dear to their hearts, that I don’t know [if I’d return],” the actress told Entertainment Tonight in November 2021. “It’s scary to mess with something like that, because it is so beloved. Someone’s got to write a script and send it to all of us, and if we like it, then who knows?”

Efron, for his part, noted that he would be interested in playing Troy Bolton again. “I mean, to have an opportunity in any form to go back and work with that team would be so amazing. My heart is still there. That would be incredible,” he told E! News in May about appearing in a possible reboot. “I hope it happens.”