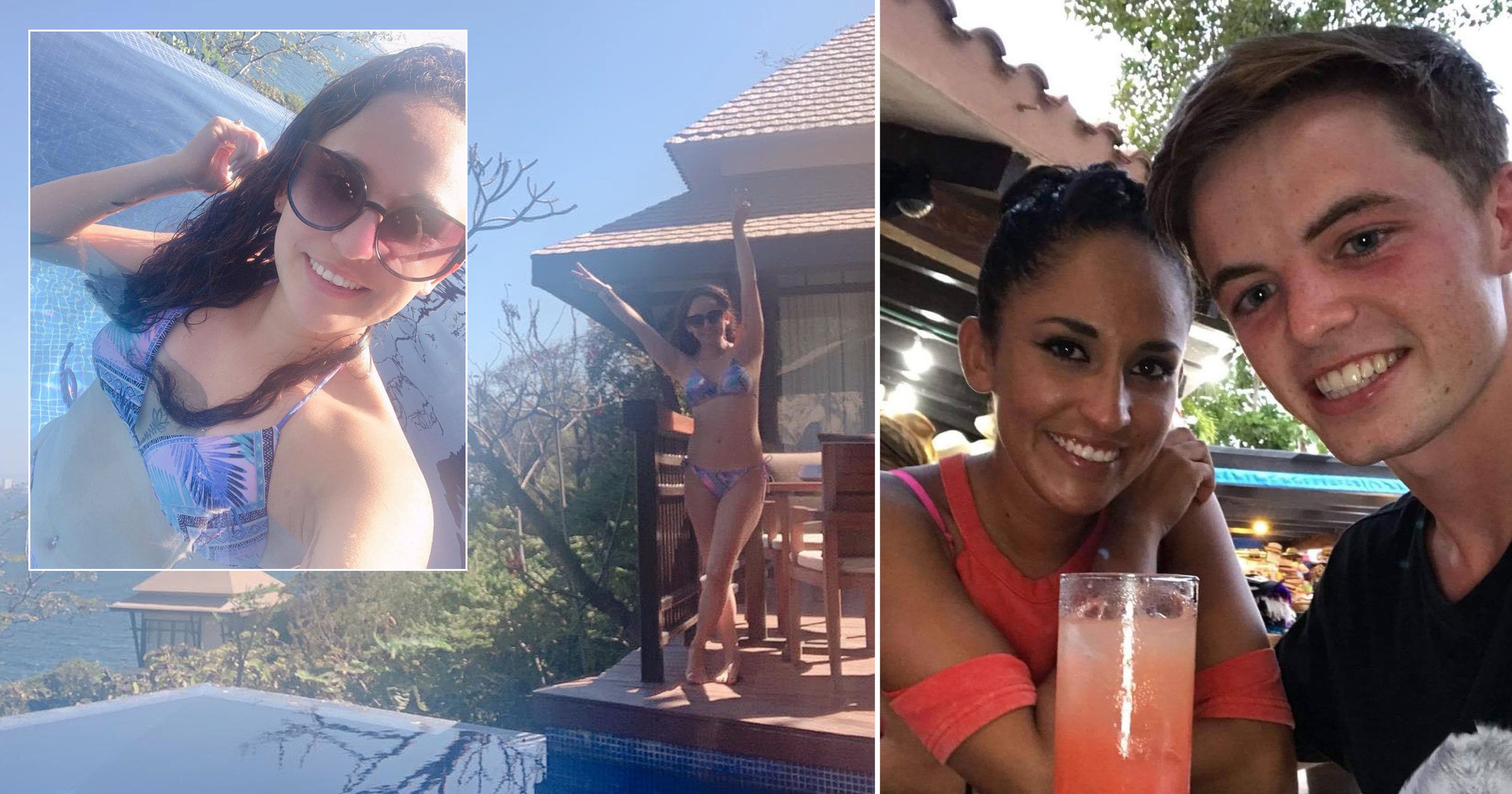 A newlywed couple who married over Zoom will spend Valentine’s Day watching a romantic movie together as they start married life 5,000 miles apart.

Andrew Bateman, from Merseyside, and Mitzi Gussman, from Mexico City, held a virtual wedding in January after the pandemic scuppered their nuptials.

They had planned to be ending their honeymoon today but Mitzi had her love’s blessing to go to a resort in Acapulco with her best friend instead.

Andrew, 22, and Mitzi, 28, were meant to get married in Mexico on July 31 last year, but the ceremony was postponed due to the global Covid-19 outbreak.

They moved the ceremony to February 6 this year, but Covid restrictions again torpedoed the plans.

Undeterred, they tied the knot online last month and will spend Sunday making pizzas and watching The Notebook while linked up on FaceTime.

Andrew told Metro.co.uk: We’re gutted we can’t be together for our first Valentine’s Day as husband and wife and we’re just looking forward to being reunited as soon as possible.

‘Hopefully Mitzi will get her visa next month and until then we are just going to make do with what we have got. On Valentine’s Day we’re going to watch a film and make pizzas on FaceTime and we’ll just want to cuddle up and be together like a normal couple, but we’ll be as close as we can be.

‘As long as we’re together in some way that’s all I can ask for.’

The couple, who have been apart since last July, chose a virtual ceremony with the bride and groom in separate places and an official calling in from Germany.

Guests wearing their wedding attire, including mothers on both sides, heard the bride and groom say ‘I do’.

The ceremony was made possible via a wedding company in Germany working in accordance with regulations in Utah, USA.

In the end, Mitzi went with her best friend after the couple were told they were not eligible for a refund.

Andrew said: ‘Mitzi said it was weird being there without me and she wants to take me back to the same place.  She said it’s very romantic and she wants us to have a nice honeymoon in the future.

‘As soon as we’ve had the wedding once it’s safe we’re going to fly back out and have the honeymoon that we’ve been dreaming of.’

The couple met in summer 2018 at the Dreams Puerto Aventuras resort in Cancun, where Andrew was on a two-week family holiday and where Mitzi previously worked as an entertainer organising activities including volleyball tournaments and kids’ clubs.

They stayed in touch, visiting each other’s families in their respective countries the following winter.

Andrew then proposed under the Eiffel Tower in April 2019.

However cupid’s arrow was obsructed by the pandemic and they have only seen each other in person eight times to date.

Andrew is currently living alone in their new home – which Mitzi has yet to see – near his parents’ house in Maghull, while she applies for a spousal visa to move to the UK, which they expect will take around two months.

They were given the option of moving the real-world wedding – planned for Mexico City – to November, but have now re-booked for July 30, 2022. Although they will be legally married once their apostille certificates arrive in the post, they still plan to hold a church ceremony and party.

The couple also spoke of their happiness as they appeared in separate video links on Good Morning Britain today. Speaking to Kate Garraway, Mitzi said: ‘I’m more happy now, the only thing we want is to stay together.’