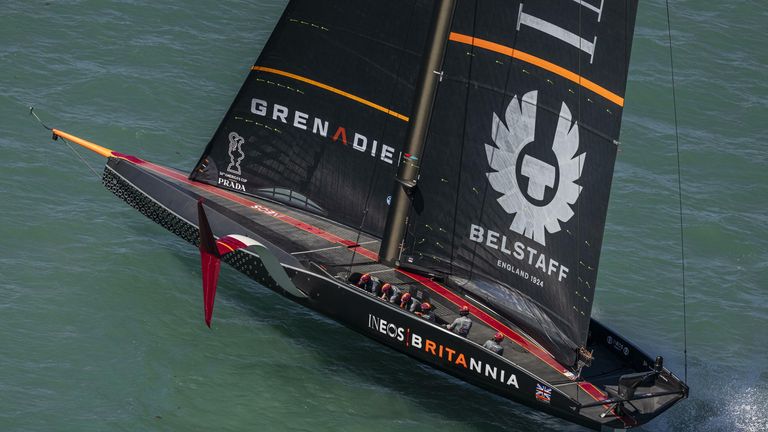 The first day of racing at the PRADA America’s Cup World Series Auckland was a challenging one for Britain’s INEOS TEAM UK, as they battled mechanical issues and were forced to retire from their second of two races.

Ahead of the action starting, British Olympian and world champion Stevie Morrison had likened this time as the chance to see “heavyweights” sparring against their opponents and sadly from a British perspective, INEOS TEAM UK were forced to throw in the towel.

After securing victory in both of their matches, New York Yacht Club American Magic lead the provisional rankings. The defender of the Cup, Emirates Team New Zealand, and Luna Rossa Prada Pirelli follow in second and third respectively, and INEOS TEAM UK sit in fourth.

The racing continues with day two which starts in the early hours of Friday morning, live on Sky Sports Mix at 2am.

With race conditions of a south-westerly breeze ranging between 15 and 19 knots, Sir Ben Ainslie was expecting some really tight racing and emotions were high as race day had finally arrived.

However, during the pre-race period against New York Yacht Club American Magic, the two minutes in which both boats jostle to get in the perfect position to cross the start line, technical problems became clear.

With seconds to go, Ainslie and his team confirmed their intention to compete, however, New York Yacht Club American Magic quickly got on top of their opponents.

They had developed a 50-second lead at the first gate and as they increased their advantage, the problems continued aboard the British boat – BRITANNIA – as they lost control on one of the downwind legs.

The result was a challenging completion of the race, with New York Yacht Club American Magic securing victory by five minutes. 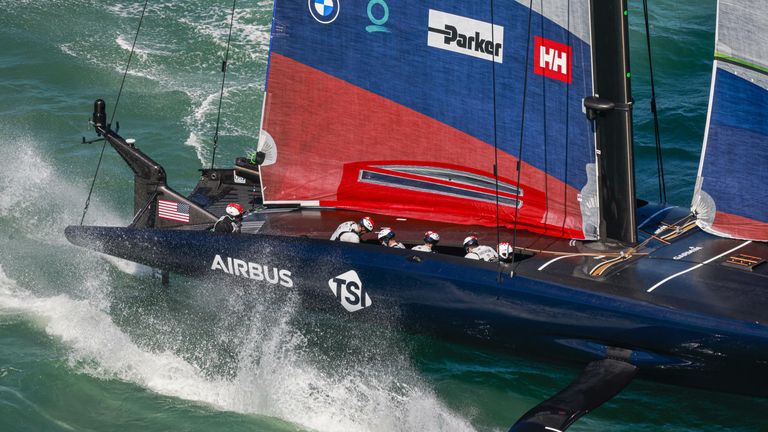 No time to lose

After such difficult scenes during race one, INEOS TEAM UK had only a matter of minutes to try and rectify the issues they’d had, before taking part in their second race of the day against Luna Rossa Prada Pirelli.

In the opening stages of the pre-start, it looked as if the British team had recovered; they entered the start box at speed and were focused.

Luna Rossa Prada Pirelli had also started on a similar pathway and with these AC75 boats having ‘safety zones’ around them, it was actually the British team who were deemed to have infringed and they commenced with a penalty against them.

"This is the @americascup…it's part of the challenge"

Time to regroup ahead of Day 2 of #ACWSAuckland tomorrow. pic.twitter.com/hbwJxgFK5C

The Italians were unfazed by this moment and instead, they accelerated away. They moved up on their foils and created a 500m lead.

In contrast, INEOS TEAM UK weren’t able to fully get into their groove and when they went through the first windward gate, Ainslie announced to the race committee that they were retiring, due to a technical failure.

The view from BRITANNIA 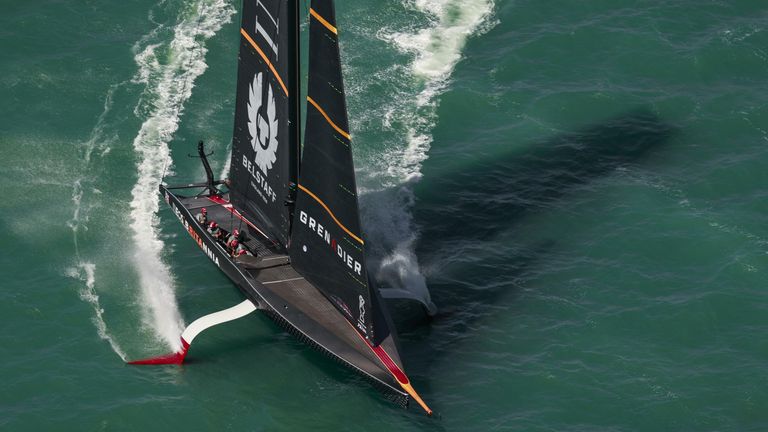 Immediately after the racing had finished, INEOS TEAM UK’s Ainslie described it as a “really tough day” for the team and a “frustrating” one.

“We were way off the pace in terms of being able to control the boat, we had some major issues with engineering and the software behind the foil cant system,” Ainslie said.

“So, we were late for starts and couldn’t manoeuvre the boat. It was a really tough day for the team.

“We were hoping in the stronger winds to have better performance than we’ve shown in the lighter airs… I think there were signs of that but without really controlling the boat that well, we weren’t at the races. A frustrating day.”

Within the protocols for the 36th America’s Cup, the foil arm and the foil cant system are one of the supplied parts for these incredible AC75 boats.

“It’s really important that all of the teams work well together on supplied equipment like this. We saw it initially in the foil cant arms and the construction of them, they were failing too early in terms of the design load,” he said. 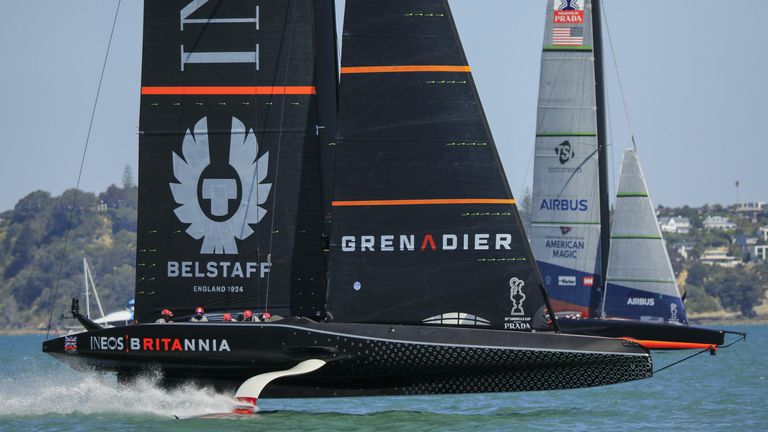 “We came together as a group of teams and managed to come through that one. With the software that goes into them, that’s pretty specific to the teams. I think we need to do a better job of sharing that really, if we’re going to get to the bottom of it.

“And, to have some resolution for a team who loses a race, or perhaps a series, through no fault of their own.

“The teams need to keep on working together. It is a frustrating thing but it’s not the only problem we’ve got, I’d hate people to think that we’re saying if we can sort that we’ll be winning everything.

“We’ve got other things to sort out but for the good of the event [it needs sorting]. It may well be another team the next round, or in the Cup match itself, and it would be terrible if the America’s Cup was decided through the foil cant system. That would be crazy.”