The British team went into the weekend’s racing knowing that they needed just one win from two races in order to secure the fastest route into the PRADA Cup final.

The PRADA Cup must be won to become the challenger to Emirates Team New Zealand in March’s 36th America’s Cup match.

The first stage – the round robins – produce a winner who progresses straight into the final. Then remaining two challengers must race again in a first-to-four points semi-final contest.

The winner of that moves into the PRADA Cup final before one challenger is left standing after a first-to-seven-points contest. 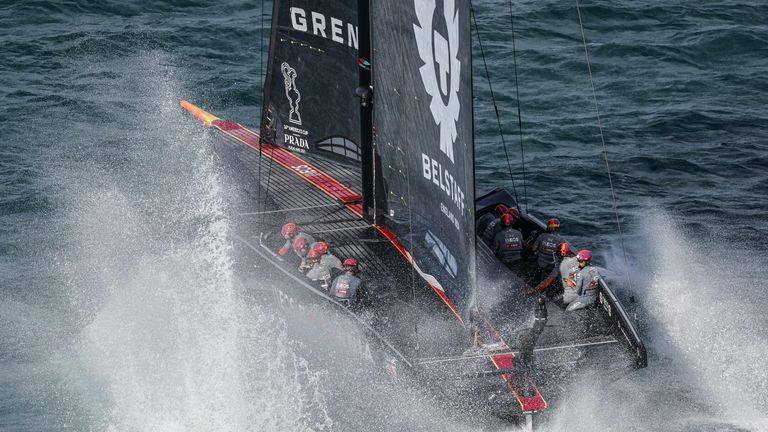 The schedule of racing for this weekend of PRADA Round Robins action had already been amended due to New York Yacht Club American Magic’s dramatic capsize.

As a result, INEOS TEAM UK and Luna Rossa Prada Pirelli Team had two schedule contests against each other and two ‘ghost races’ to complete. Sunday’s racing would be dependent on the result of Saturday’s.

The ghost races were against New York Yacht Club American Magic to allow the regatta director to award the point to the relevant other competitor.

They consisted of a pre-start sequence and an official start by INEOS TEAM UK and Luna Rossa Prada Pirelli respectively, before being suspended just a few minutes after commencing.

Ahead of the first race day, both teams were ready for a fierce battle, Luna Rossa Prada Pirelli Team’s co-helmsman Jimmy Spithill had warned fans not to be surprised by the twists and turns of the America’s Cup. Pre-race, he also pointed towards the development work his team had put in after the previous race days.

Ainslie and INEOS TEAM UK were focused on the job that they had to do. The British team’s equation was simple; win on Saturday and a place in the PRADA Cup final is yours.

With the tension crackling and nerves already bubbling ahead of the match race between INEOS TEAM UK and Luna Rossa Prada Pirelli Team, Auckland’s weather added another element to think about.

As the start time arrived, the breeze was shifting back and forth across the race course and resulted in a series of delays. The start was pushed back by almost an hour and INEOS TEAM UK also played their ‘delay card’ of 15 minutes.

The reason for that was a problem with the cunningham, one of the key controls for the mainsail, and it was something INEOS TEAM UK would have to contend with throughout their critical race.

With the wind up to 20 knots, the pre-start indicated that fans were going to enjoy some close match racing!

After productive openings for both teams, INEOS TEAM UK rounded the first gate just two seconds ahead of Luna Rossa and extended that advantage to nine at gate two.

The Italians came back with vengeance though, pushing themselves into a 19-second gain and leaving the British charge with work to do. 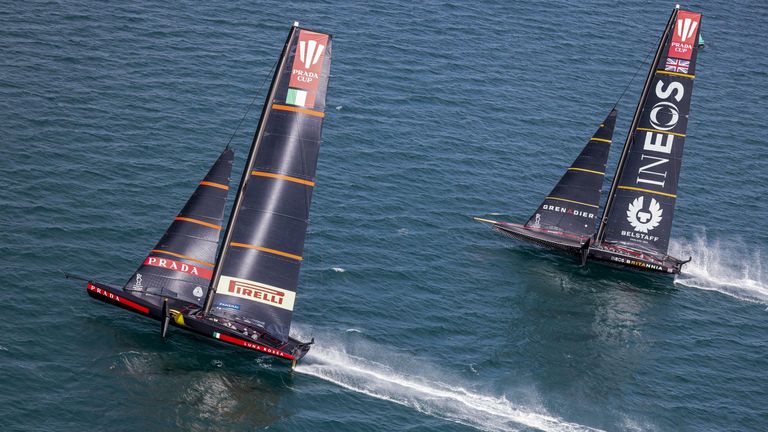 A game of cat and mouse then played, much to the delight of all watching and in total the race would finish with no less than nine lead changes.

Despite their on-board technical problems, INEOS TEAM UK again used their clear communication and nous to fend off the pressure on them and break away when it mattered.

The British team hustled, safe in the knowledge that victory would get them one step closer to their ultimate goal of ending 170 years of hurt for Great Britain in the competition and winning the America’s Cup for the very first time.

A large protest was charged against them as Luna Rossa called a protest, claiming they had to avoid the give way boat, but the umpires didn’t agree and INEOS TEAM UK flew across the finish line 33 seconds ahead. 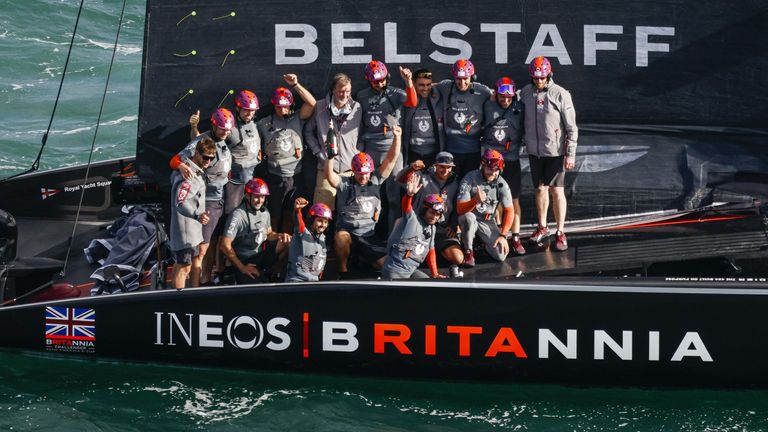 “This was one for the fans,” Ainslie said on board BRITANNIA after the team’s victory.

“That was a pretty awesome race and great to take part in, with lots of lead changes and it was neck-and-neck all the way to the line. Full credit to the Luna Rossa guys for pushing us hard.

“We had a few issues going into the race and all the time we were out here, unfortunately, so we were on the back foot and missing one of the key settings for powering the boat.

“The guys just did an awesome job getting us around the track in one piece and getting the win.”

INEOS TEAM UK now have three weeks to develop BRITANNIA and prepare for their next race day, while Luna Rossa Prada Pirelli and New York Yacht Club American Magic will be back out on the water in six days time.

Enjoy every moment of the America’s Cup challenge, live on Sky Sports. Coverage continues with the PRADA CUP semi-finals Friday at 2am on Sky Sports Mix, repeated again at 9am.

The state’s baseball stadiums will be able to welcome fans back in time for Opening Day Disneyland in Anaheim, California,

The state’s baseball stadiums will be able to welcome fans back in time for Opening Day Disneyland in Anaheim, California,