Home » Sport » Abraham and Pulisic prove there is life after Hazard as new Chelsea boss Lampard drops major hints on how Blues will line-up this season. – The Sun

How to put together a frontline with no Eden Hazard and no transfers is the biggest task for the Chelsea boss in his first season as a Premier League manager. 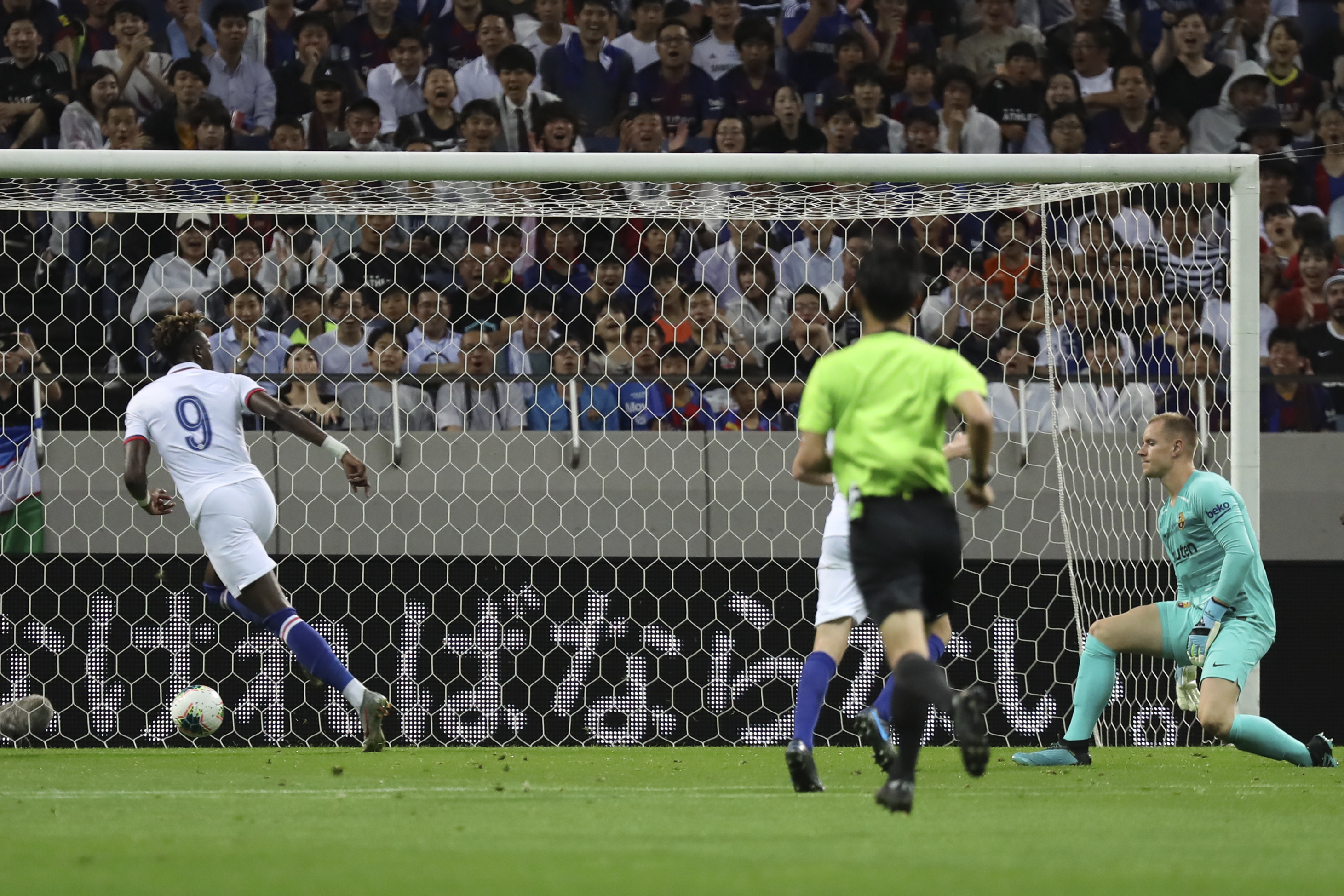 But at Saitama Stadium 2012 there was evidence that Abraham will be a handful at top-flight level after scoring regularly in the Championship.

He was wanted by Wolves on a permanent deal in January but Lampard will be delighted with him staying.

Abraham’s goal came after Jorginho nicked the ball off Sergio Busquets in dangerous territory, allowing the England Under-21 forward to smartly slip past Marc-Andre Ter Stegen and finish in one movement.

Elsewhere, Lampard gave away a few clues to how his team might look come the start of the season.

In terms of formation he looks settled on the 4-2-3-1 that he used at Derby last season.

That is the system he has used in friendlies out here in Japan, with Jorginho starting both games.

N’Golo Kante fits into the system perfectly, although the setback to his knee injury meant he did not play and headed back to Cobham for more rehab.

They have also tried a diamond and in the second half looked 4-4-2 at times with Mason Mount joining Abraham in attack.

Mount looked favourite to land the No10 role, which is where he started in both games.

Lampard cares about his players’ futures so sent Ethan Ampadu to RB Leipzig on loan to make sure he got game time.

He would not have brought Mount back Derby without giving him enough match-time to develop what he saw last season at Pride Park.

But Christian Pulisic was sorted out before the sanctions were imposed and he has shown signs of his quality since arriving after international duty.

The USA forward looked good against Barca and was a threat from the left side of the attack, going on exciting runs and getting shots away.

Lamps looks like he has a safe pair of hands with goalkeeper Kepa Arrizabalaga.

There has been no hangover from controversy at Wembley last season when he refused to be substituted.

He was down sharply to stop Rafinha twice in the second half and also denied Carles Perez at the near post.

There was nothing he could do when Ivan Rakitic belted the ball into the top corner in stoppage-time.