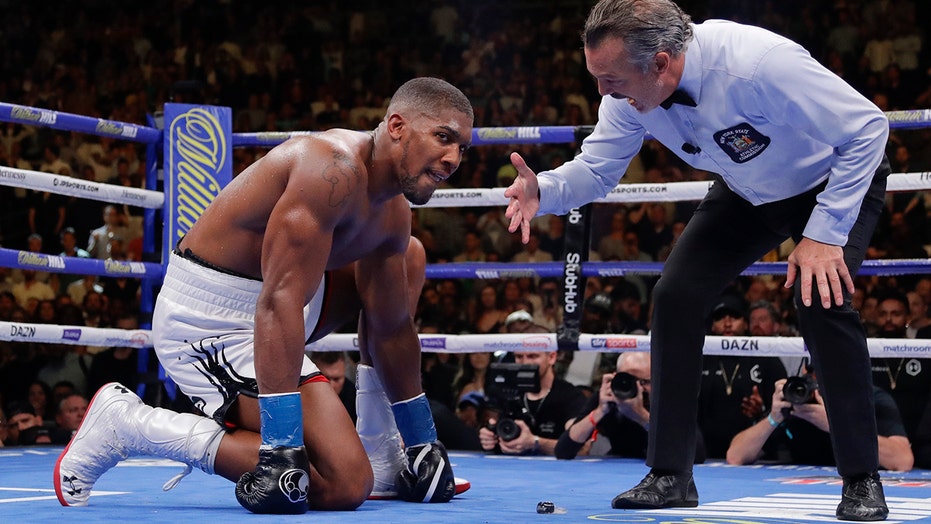 The “Drake curse” has claimed another victim.

Andy Ruiz Jr. shocked the boxing world Saturday, defeating heavily favored Anthony Joshua with a seventh-round technical knockout to complete one of the biggest upsets in the sport’s history.

Joshua came into the bout confident he would not only defeat Ruiz, but break one of the biggest superstitions in sports – known as the “Drake curse.” Joshua tweeted a photo of him and Drake in March vowing the curse would be broken.

“Bout to break the curse,” Joshua tweeted along with a picture of him and the “Scorpion” rapper.

Several people on social media resurfaced the tweet and poked fun at Joshua over the photo.

The British boxer is only the latest to fall victim to the curse.

The Toronto Maple Leafs were recently said to be “affected” by the curse after Drake was seen wearing the team's jersey during Toronto's Game 4 loss to the Boston Bruins in the Stanley Cup Playoffs.

Drake was seen wearing a Crimson Tide sweatshirt prior to the team’s defeat by Clemson in the National Championship game in January.

Drake also appeared next to McGregor before the Irish fighter’s loss to Khabib Nurmagomedov during UFC 229.

The rapper appears aware of his supposed supernatural abilities. During the Toronto Raptors’ Eastern Conference Semifinals matchup against the Philadelphia 76ers, the Raptors superfan was seen wearing 76ers shorts.

Philadelphia lost Game 7 and the Raptors moved on to the next round.