ANTHONY JOSHUA'S daily diet is enough to feed a family-of-four – but it keeps him lean, mean and a real fighting machine.

Before any big fight, the heavyweight king gorges on his regular pre-bout diet fit for a king. 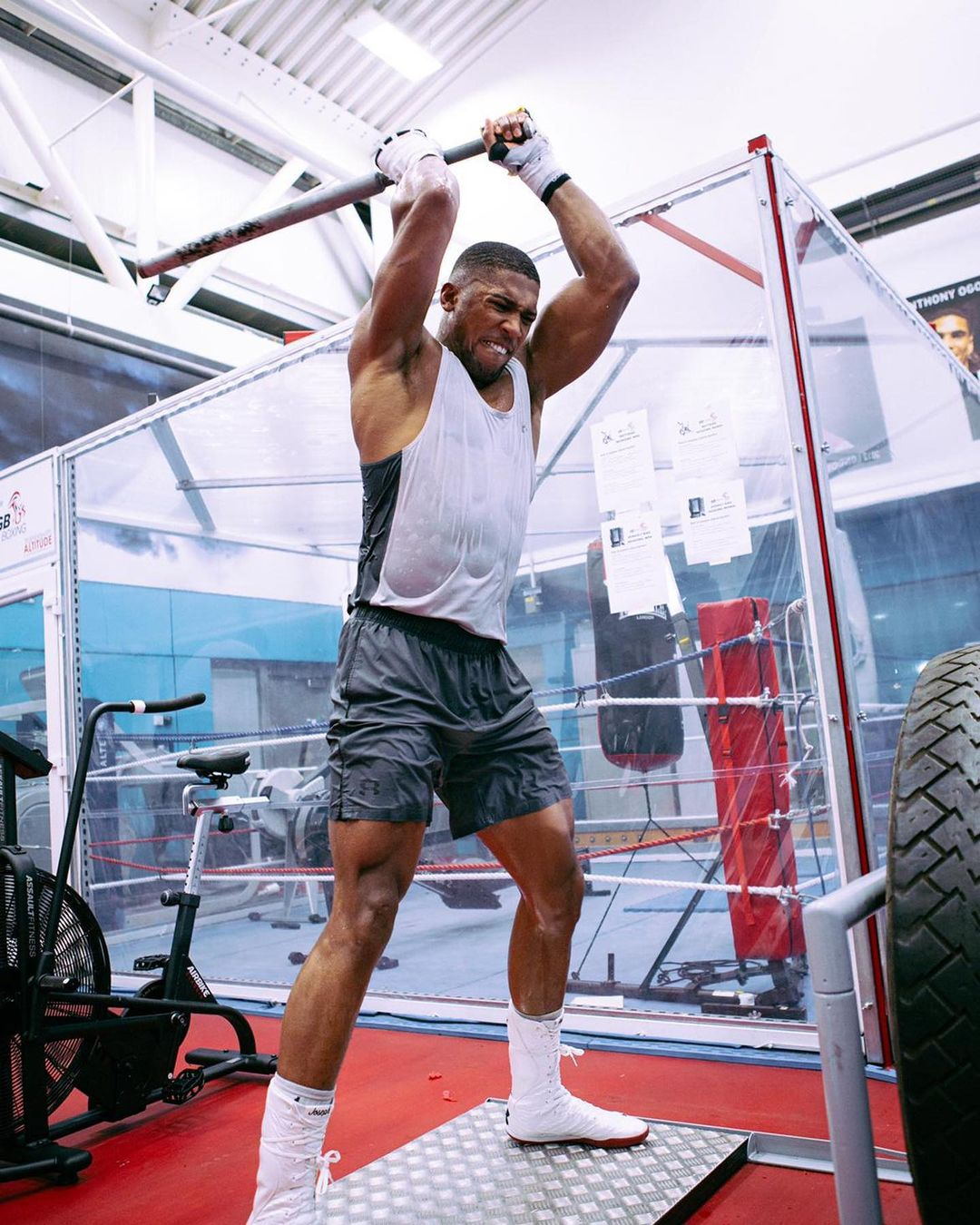 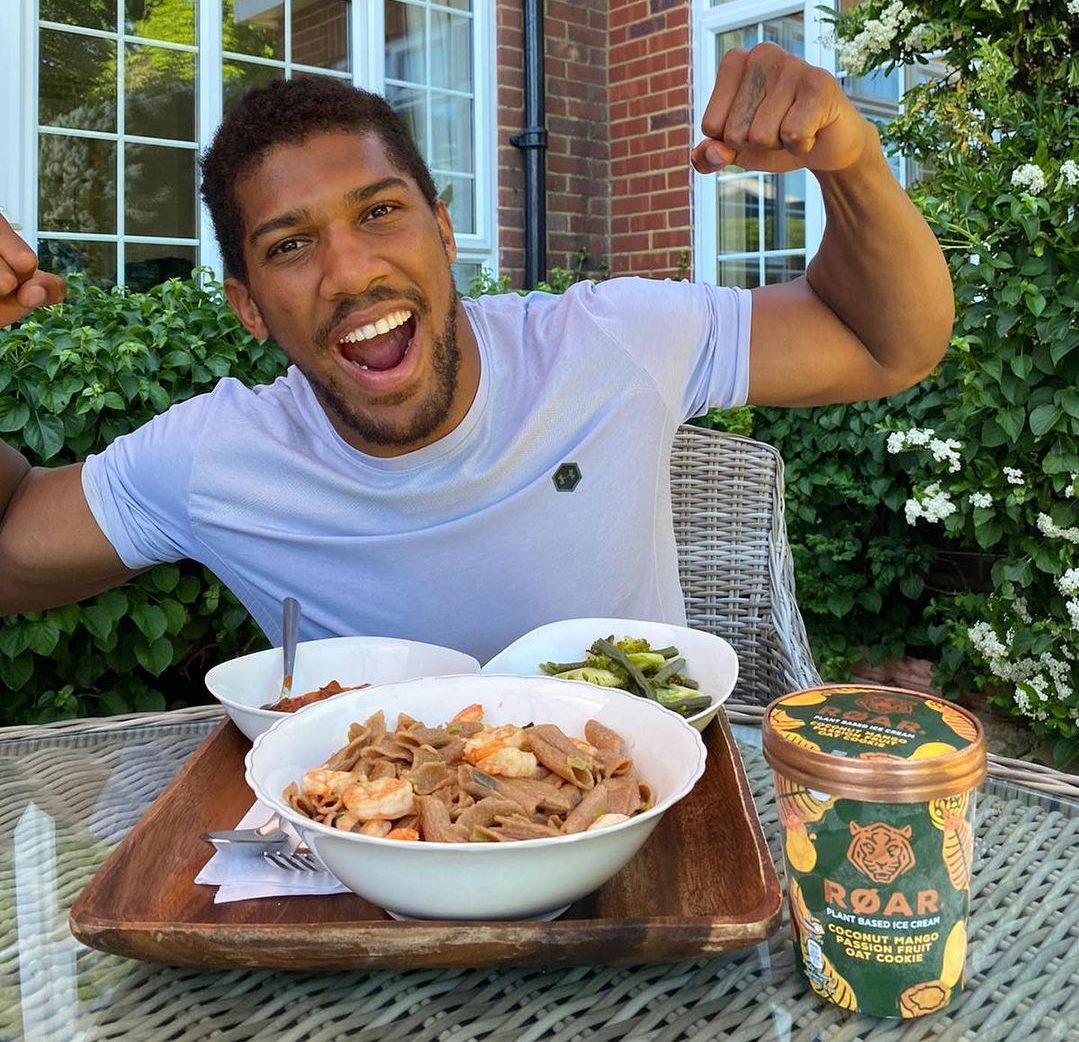 That includes between 4,000 and 5,000 calories each day for the Brit bruiser – especially in the build-up to this weekend's fight with Kubrat Pulev.

A win against the Bulgarian basher will set-up an incredible, all-British heavyweight unification fight with Tyson Fury.

AJ's bumper diet includes five eggs in the morning, among other food, two chicken breasts – the size of four regular ones – at lunch and two fillet steaks at dinner.

Joshua also has a morning and bedtime snack, maintaining a massive yet healthy mix of protein, carbohydrates and fats.

In 2018, he told Coach: "In the past, I didn't eat enough… I'd have breakfast, snack during the day and then not eat until dinner."

Ellison told The Times: "Even though he can eat a large amount of food it has to be good quality – we can't fuel him on junk.

"I’ve got a BMW 5-series estate and the haul from the greengrocers fills up the boot." 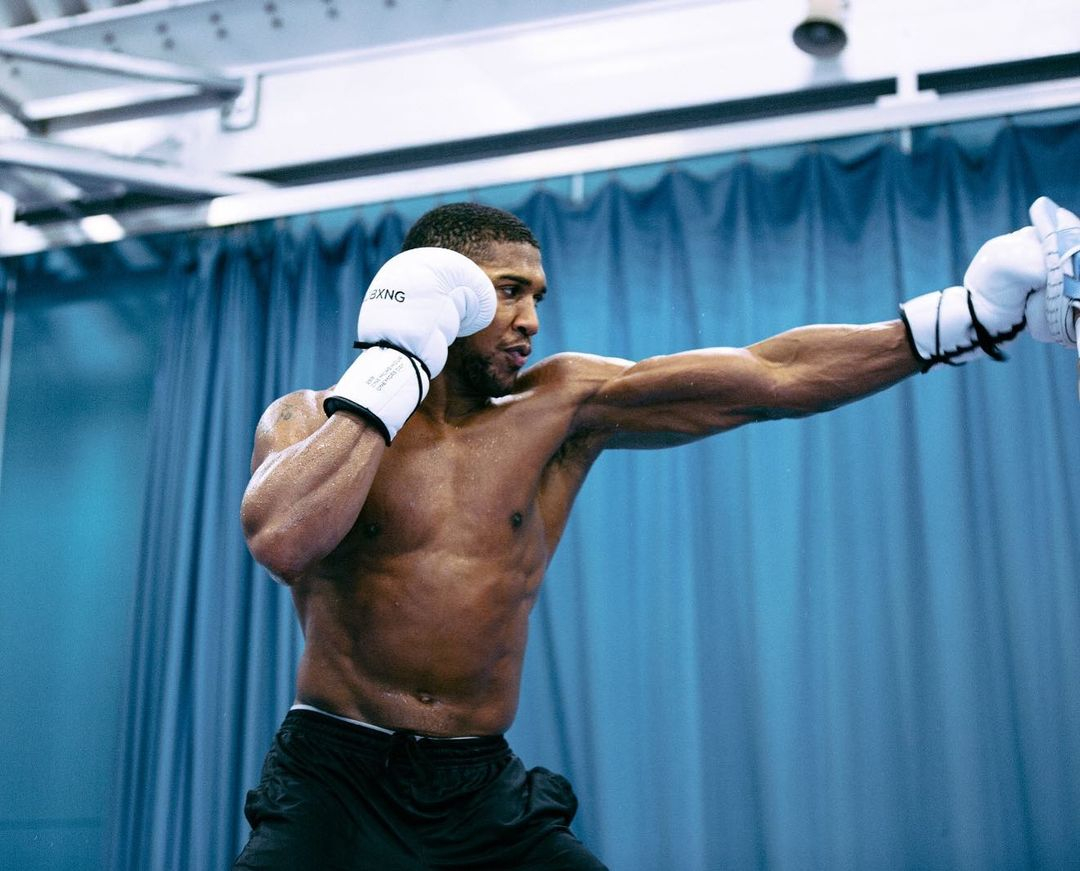 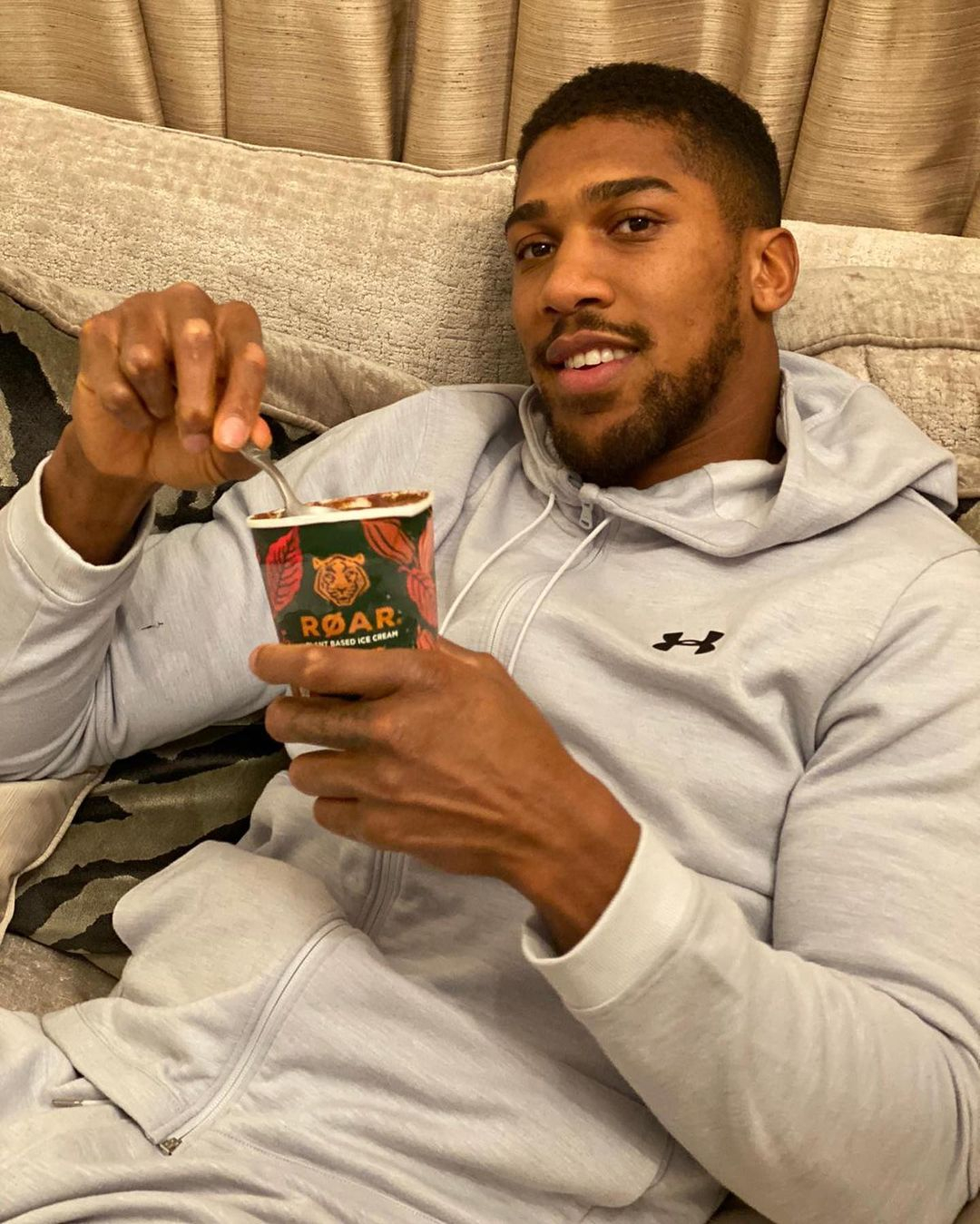 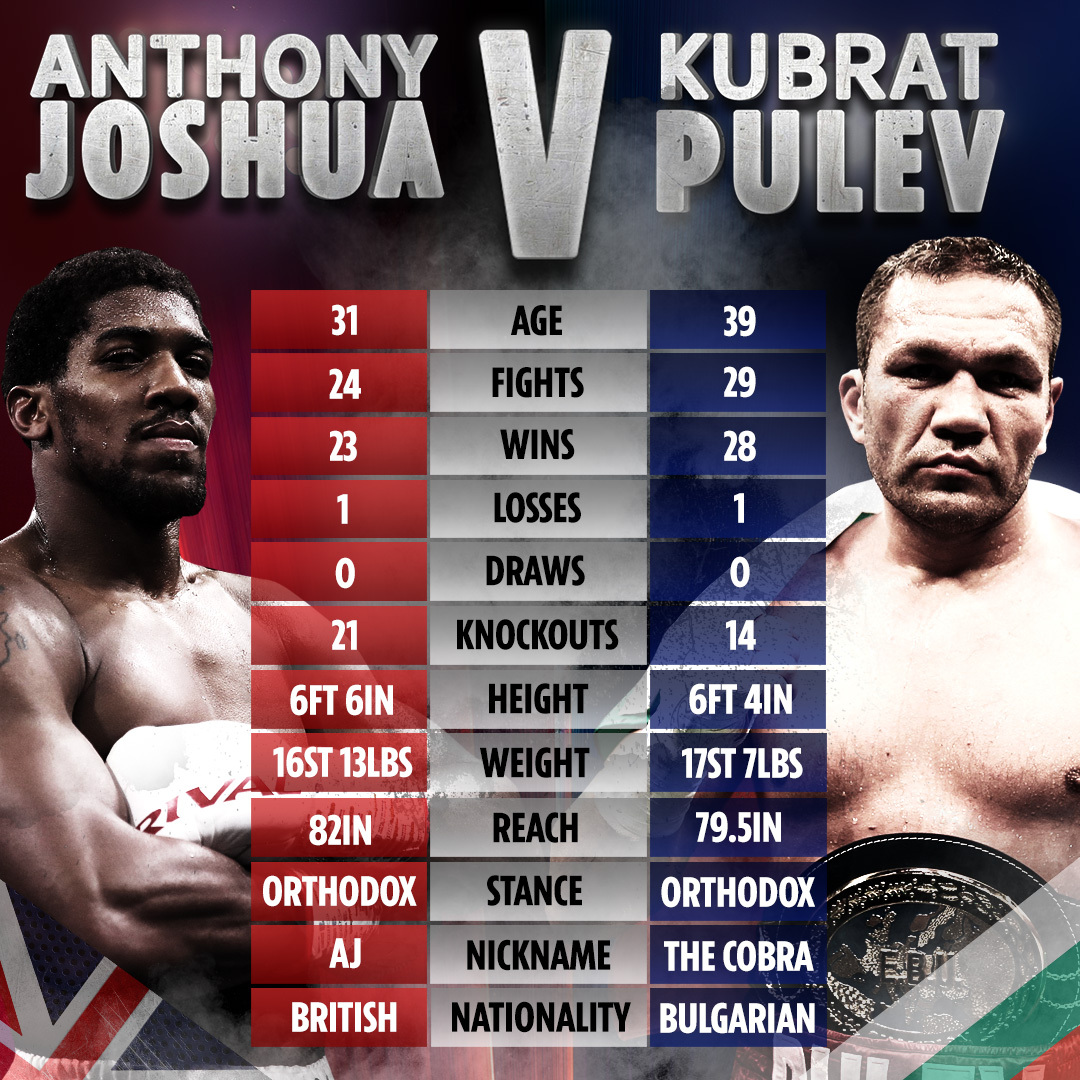 This allows Joshua, who weighs around 17 stone, to recover swiftly from the huge amount of exercise and weight training he does in the months leading up to a fight.

So, what is actually on the menu?

When he wakes up in the morning at 7.30am after his ten hours of sleep, Joshua gets his energy for the day from a selection of foods.

On some days he will train on an empty stomach as evidence suggests this can help with cardiovascular fitness.

But on most days, he starts with five eggs, fresh fruit, oats, yoghurt, milk and a selection of vegetables – even adding a smoked salmon on a bagel some days, as well.

Joshua will then have an electrolyte drink, recovery shake as well as a sandwich, salad box or pasta pot as a mid-morning snack. 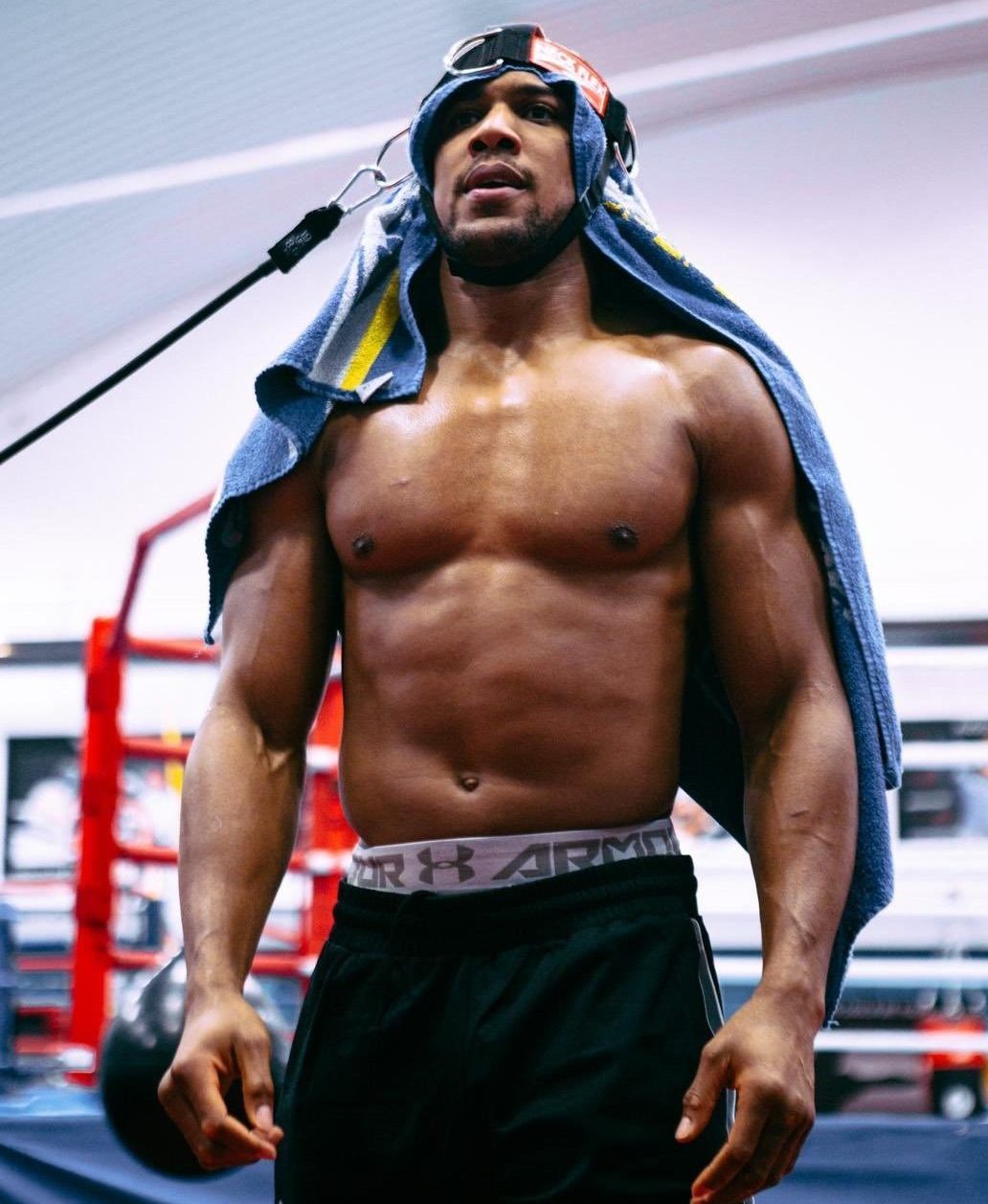 When lunch comes around, Joshua has those two giant chicken breasts with some sweet potatoes and vegetables, followed by some yoghurt and honey.

At dinner time, his team prepares him the two fillet steaks which he'll have with vegetables and either pasta, wholegrain rice.

To meet their target of calories, Joshua must also have a snack before he goes to bed.

That is a slow-release protein shake and protein bars.

Ellison adds: "If anything he has to be careful because he can easily not get enough fuel in, especially when he’s doing two, two-hour training sessions a day and fulfilling media requirements."

Last chance to get £500 interest-free overdraft with Halifax, Lloyds and Bank of Scotland

Last chance to get £500 interest-free overdraft with Halifax, Lloyds and Bank of Scotland