The club made headlines worldwide when they paid £23.7million to sign Samuel Eto'o from Inter Milan in August 2011. 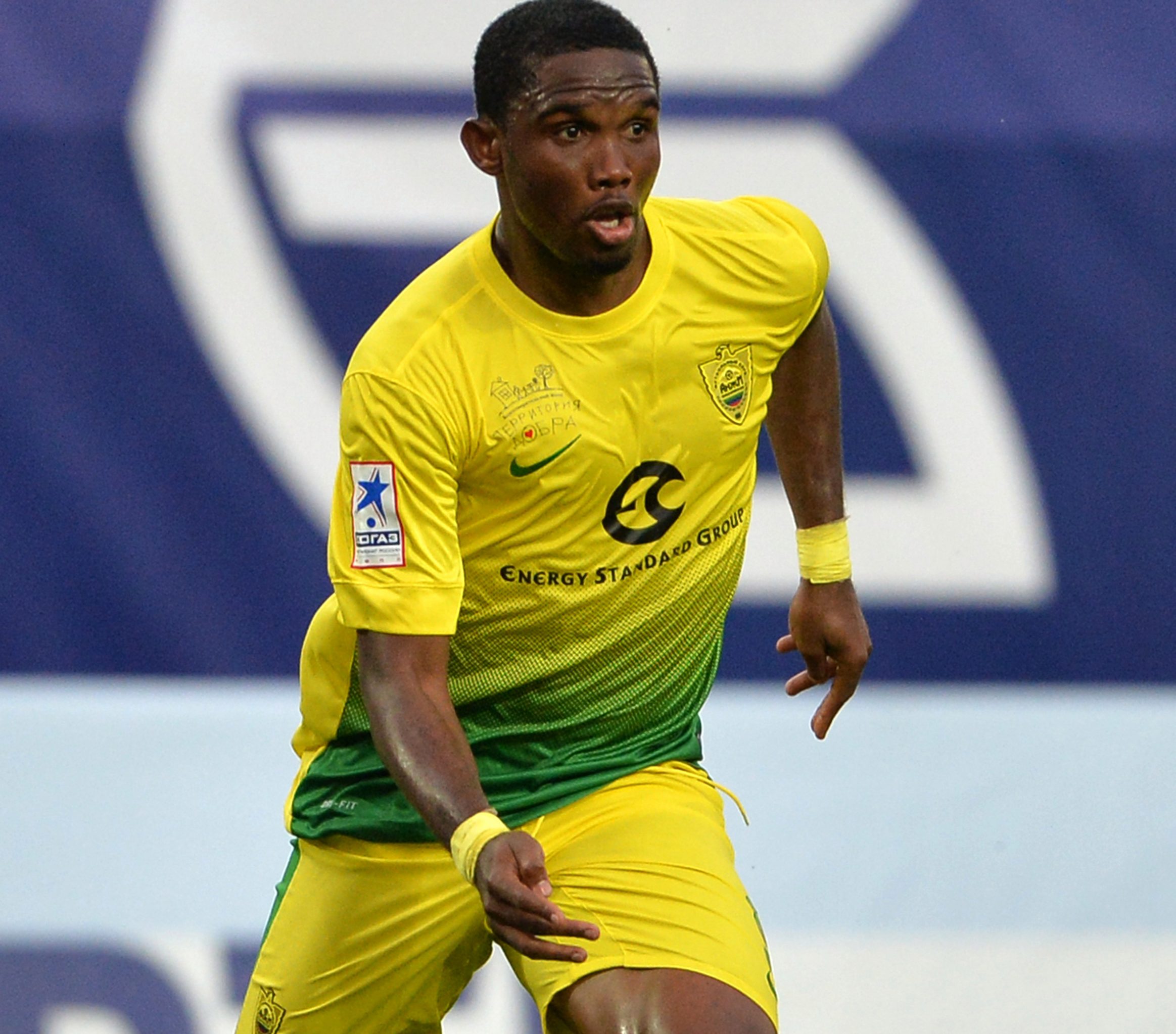 The frenzy was less about the fee and more about the rumoured £350,000-a-week wages he was been paid.

But now, according to Russian football expert Artur Petrosyan, they have "failed to be licensed for Russia's second tier" and could "lose its professional status because of huge debts".

Anzhi were taken over by in January that same year by Dagestani billionaire Suleyman Kerimov, who had achieved his wealth from oil and banking.

His first big signing was Brazilian legend Roberto Carlos, who had just been released by Corinthians in his homeland at the age of 37.

And according to Planet Football, the Anzhi owner bought him a £1m Bugatti Veyron on his 38th birthday.

In the next couple of seasons other star signings included Yuri Zhirkov from Chelsea, Christopher Samba from Blackburn, Lacina Traoré, Willian and French midfielder Lassana Diarra – all on huge wages.

Fast forward to the present day and Anzhi were relegated last season after finishing 15th out of the 16-team Russian Premier League.

In the first three years of Kerimov's reign, they finished fifth, third and then relegated in 16th.

The owner was hit hard in the pocket when one of his investments hit the buffers and he lost £5.5BILLION.

That saw huge cost-cutting, and resulted in relegation to the second tier.

They came back up at the first attempt, finished 13th the following campaign before Kerimov sold up in December 2016.

They lasted another season before losing a relegation play-off – but survived after another club dropped out of the league.

But there was no reprieve this season and the once-filthy rich club were relegated to the Football National League.