BRENDAN RODGERS is favourite to be appointed Arsenal's next manager.

That's according to bookmakers Betfair, who've priced Rodgers at 13/5 to succeed Mikel Arteta at the Emirates Stadium. 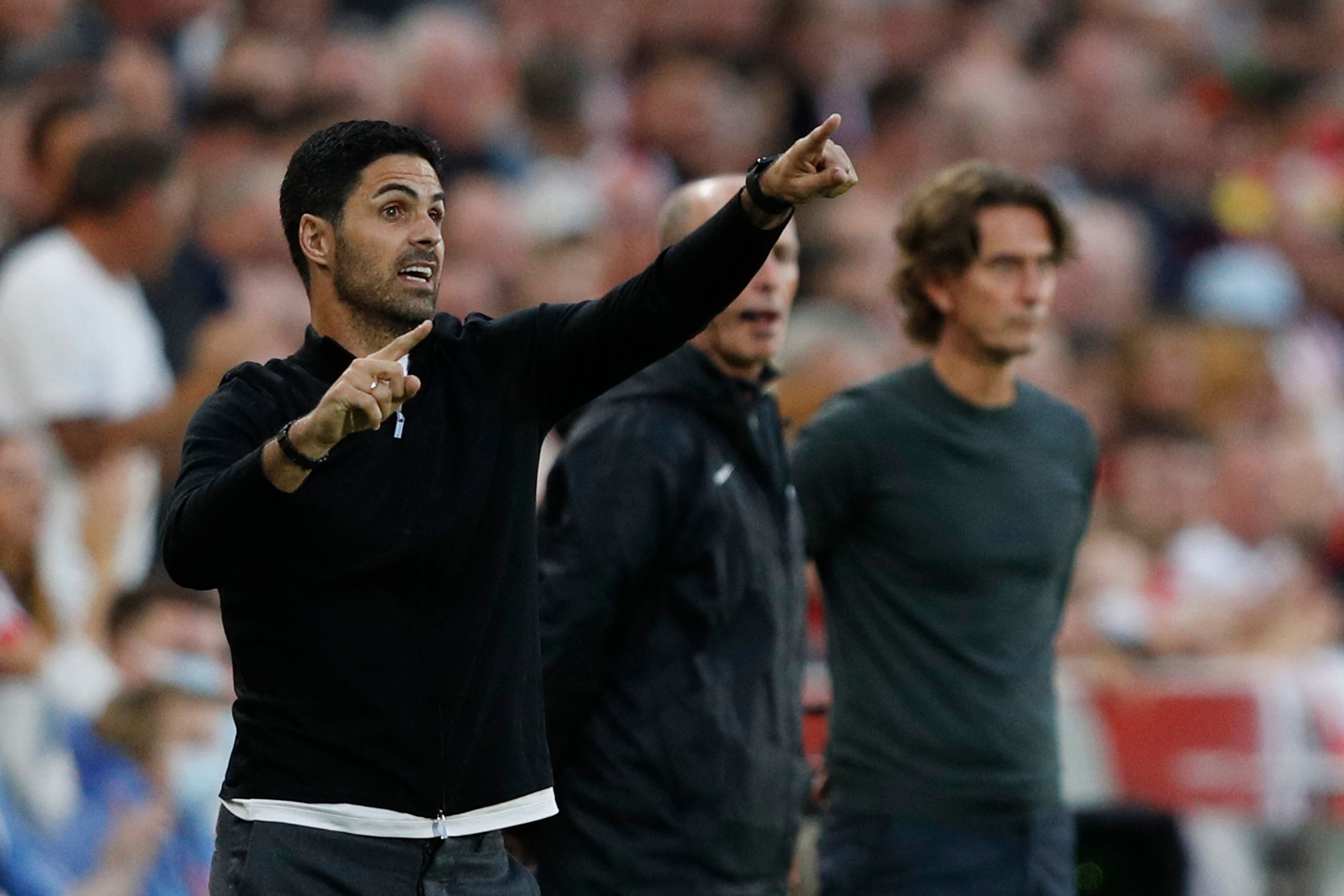 Arteta's position is already under scrutiny after a woeful opening defeat to Brentford.

The Gunners were comfortably beaten by the newly-promoted side and have ominous clashes with Chelsea and Manchester City on the horizon.

Little detail was given for the absence of forwards Pierre-Emerick Aubameyang and Alexandre Lacazette nor Willian, who posted a picture of himself training alone.

Things also took an unexpected turn when the president of Rwanda – whose government sponsors the Gunners – blasted Arsenal's "mediocrity" on Twitter.

BETTING SPECIAL – GET £50 IN FREE BETS WITH SKY BET

And with pressure now building on Arteta – attentions have turned to who could replace him in North London.

Leicester manager Rodgers is the leading contender after a significant shift in the betting market.

Rodgers was 3/1 ahead of the opening round of fixtures but is now priced at 13/5.

The Foxes leader was in the picture when Unai Emery was sacked in November 2019 but has frequently pledged his commitment to Leicester.

Massimiliano Allegri is next at 5/1 although the Italian has only recently returned to Juventus after two years away from management.

Free agent Eddie Howe is offered at 9/1 with Everton's Rafa Benitez and Atletico Madrid's Diego Simeone both locked at 10s.

Ralph Hasenhuttl is a fraction behind at 11/1 with highly-rated Atalanta boss Gian Piero Gasperini, Patrick Vieira and Paulo Fonseca all available at 14s.

The outsiders of the field are Arsene Wenger and Sam Allardyce, who are priced at 40/1 and 50/1 respectively.

*Min stake £5, min odds 2.0. Only deposits made using Cards or ApplePay will qualify. Free bets are awarded after the qualifying bet has settled, valid for 30 days, and must be used on multiples with 3+ legs. Max £20 in free bets. T&Cs apply. 18+ BeGambleAware.Org