ARSENAL loanee William Saliba has shown the Gunners what they're missing with a Man of the Match display in his second game for Nice.

Saliba joined Nice on loan on Monday for the remainder of the 2020-21 season, and has been thrown straight into Ligue 1 action by his new side. 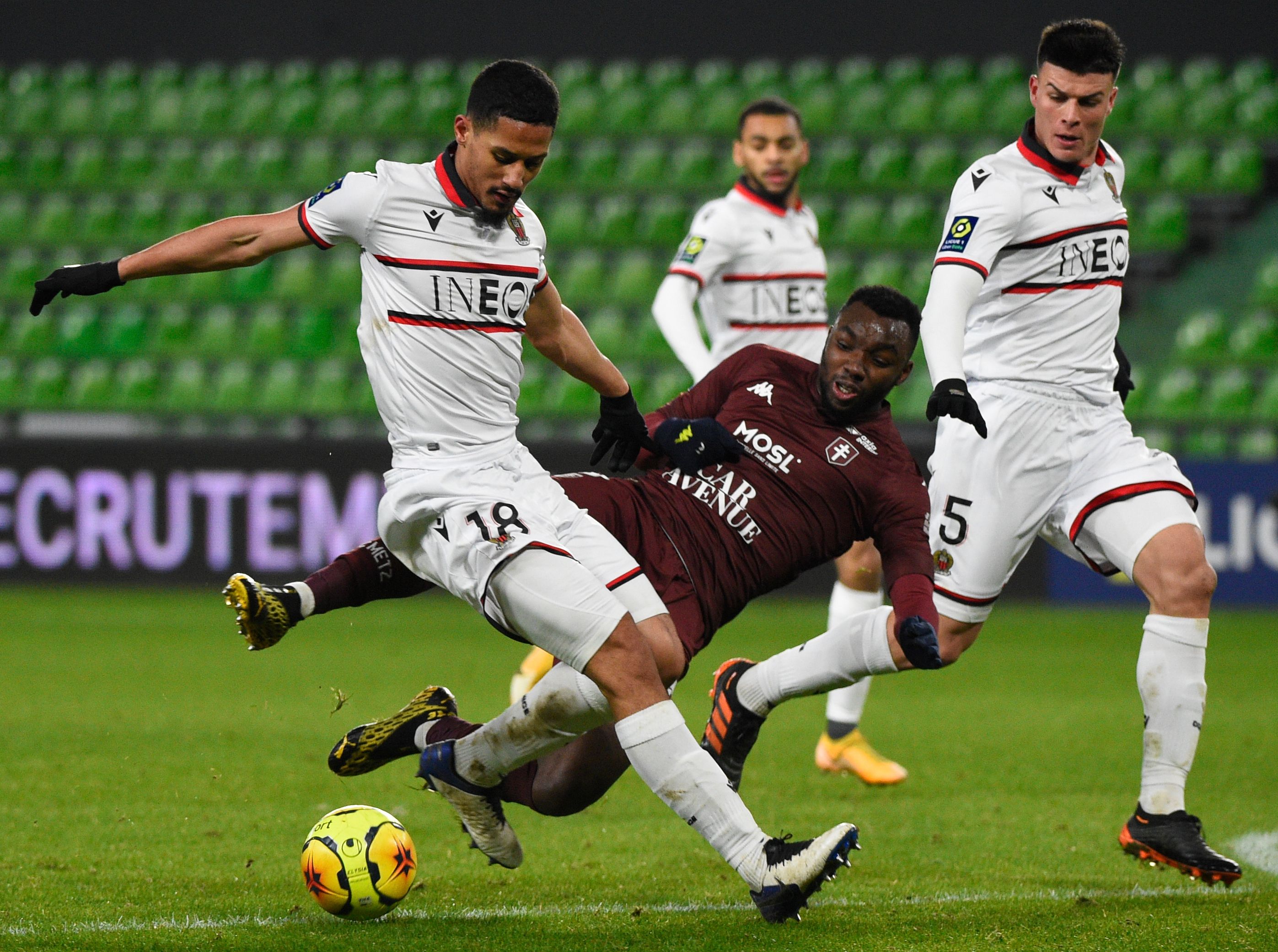 After 10 months without competitive football, the 19-year-old was voted Nice's Man of the Match in just his second start with the Eagles in their 1-1 draw at Metz on Saturday.

Nice took an early lead in the match through Gouiri's penalty but were made to settle for a point when Metz captain John Boye equalised in the 79th minute.

Starting in the middle of a back three, Saliba impressed throughout, but he may have underlined Arsenal boss Mikel Arteta's concerns after losing his man in the build-up to Metz's equaliser.

But he made up for that mistake with a last-ditch intervention on former Manchester City youth player Thierry Ambrose in injury time to ensure the spoils were shared at the State Saint-Symphorien.

His performance was in stark contrast to his debut on Wednesday, in which the former Saint-Etienne man received a 12th-minute yellow card as Nice fell to a 2-0 defeat to Brest.

Saliba will be tasked with shoring up Nice's backline during his stay on the Cote d'Azur, as Adrian Ursea's side bid to better their current position of 13th in Ligue 1.

Arsenal signed Saliba for £27m in 2019 but he remained with Saint-Etienne on loan last season before linking up with the Gunners in the summer.

However, he was soon frozen out of the Gunners' first-team plans by manager Arteta, amid concerns over his defensive positioning.

Arteta felt Saliba needed another 'transitional year' to develop after seeing his 2019-20 campaign disrupted by injury and then Ligue 1's cancellation due to the Covid-19 pandemic.

Nice have already expressed an interest in keeping Saliba beyond the end of this season.

"At the end of the 6 months, we’ll see – today he’s owned by a club called Arsenal. Everyone in June will come together and decide.

"A door is always open in life. When you have a situation where parties can talk, the doors are open. We are not there yet."