ARSENAL have been dealt another injury blow as the club announce Emile Smith Rowe has undergone surgery.

The struggling Smith Rowe, 22, will be out until at least December. 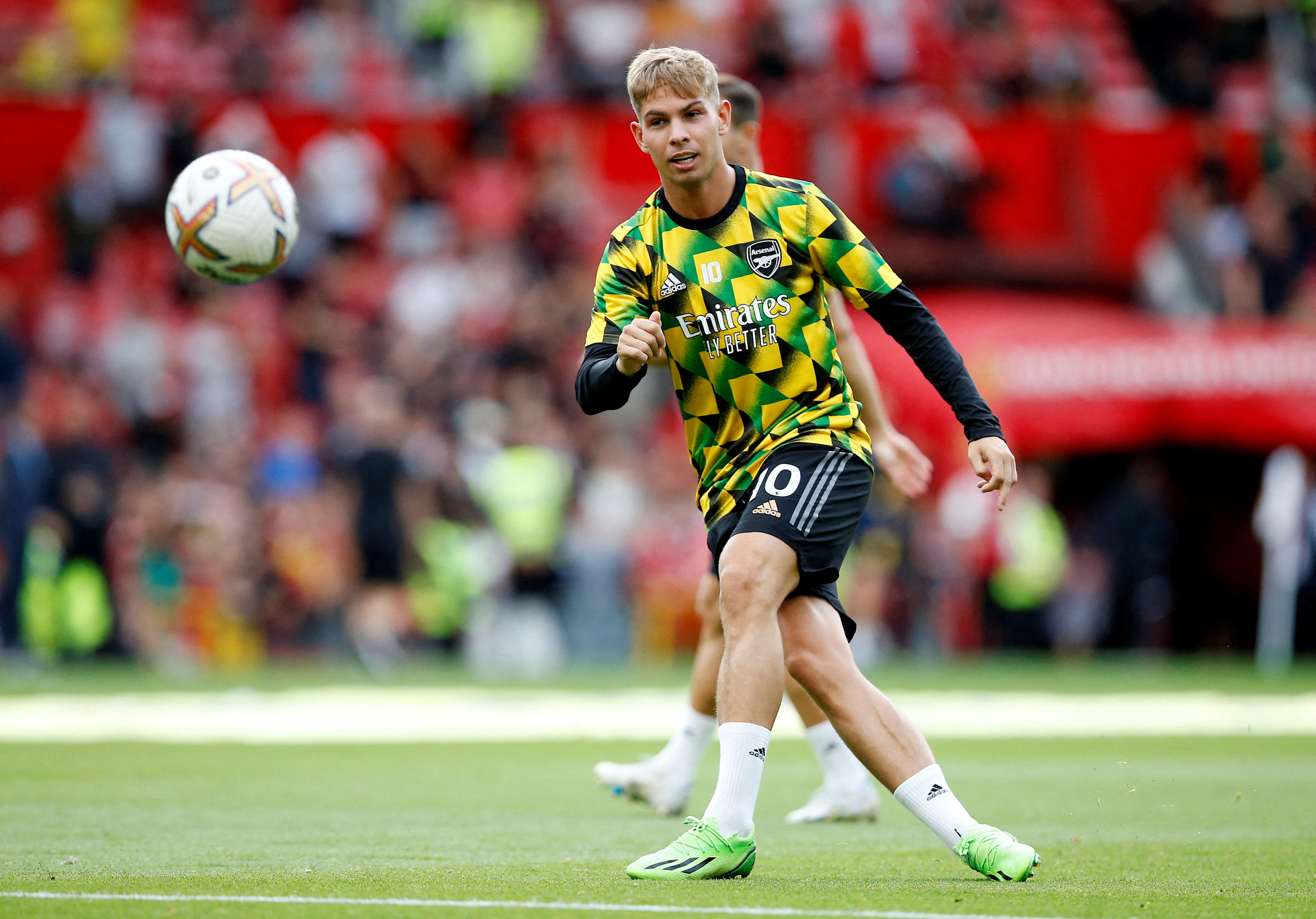 With the Prem break for the World Cup, Christmas is a realistic expectation for the midfielder's return.

It read: "In recent months, Emile Smith Rowe has been experiencing discomfort in his groin, which has limited his training and match appearances.

"Following a significant setback at our Premier League match against Manchester United at Old Trafford on September 4, and after further specialist consultations and discussions with our medical team, Emile underwent surgery to repair a damaged tendon in his groin.

"This successful surgery took place in London in the past few days and Emile’s rehabilitation programme is already underway. We are hopeful that Emile will return to full training in December.

"Everyone at the club will now be supporting and working hard with Emile to get him back on the pitch as soon as possible."

This comes as the Gunners prepare for NINE matches in October.

Mikel Arteta's squad is being stretched to its limits in the build-up to the weekend's crucial game against Tottenham.

Martin Odegaard and Ben White are being closely monitored after struggling with knocks.

And Mohamed Elneny, and now Smith Rowe, have already been ruled out for Spurs’ visit to the Emirates.