Home » Sport » Arsenal target Victor Osimhen's tragic story, from losing mum as a child to selling water in the street before stardom

IN-DEMAND striker Victor Osimhen has rocketed to the top – thanks to his supreme ability in front of goal and determination to succeed.

The Nigerian, 23, is enjoying a brilliant campaign at Napoli, where he has scored 16 goals in 28 games in all competitions alerting Premier League giants Arsenal, who have been linked with a £70million move. 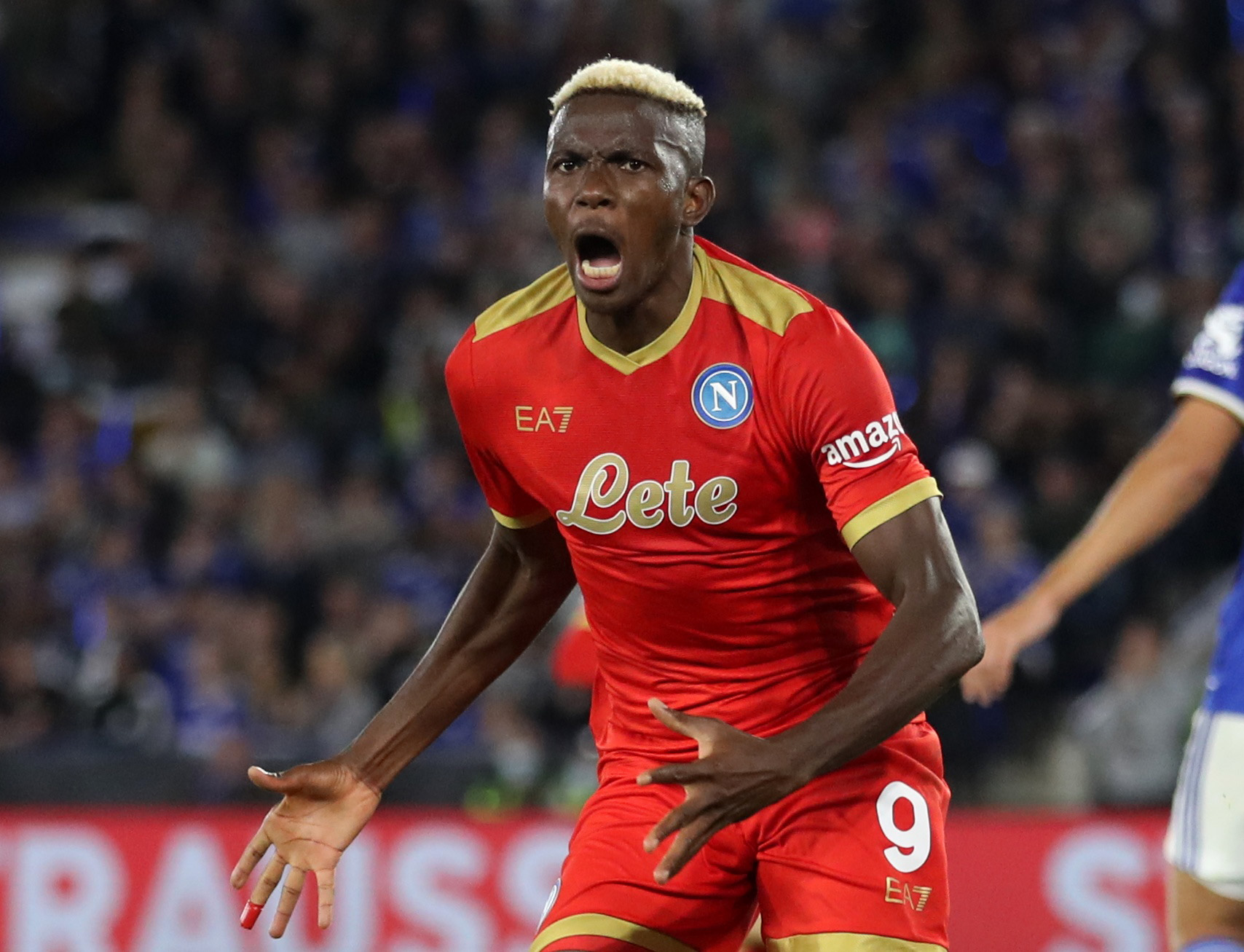 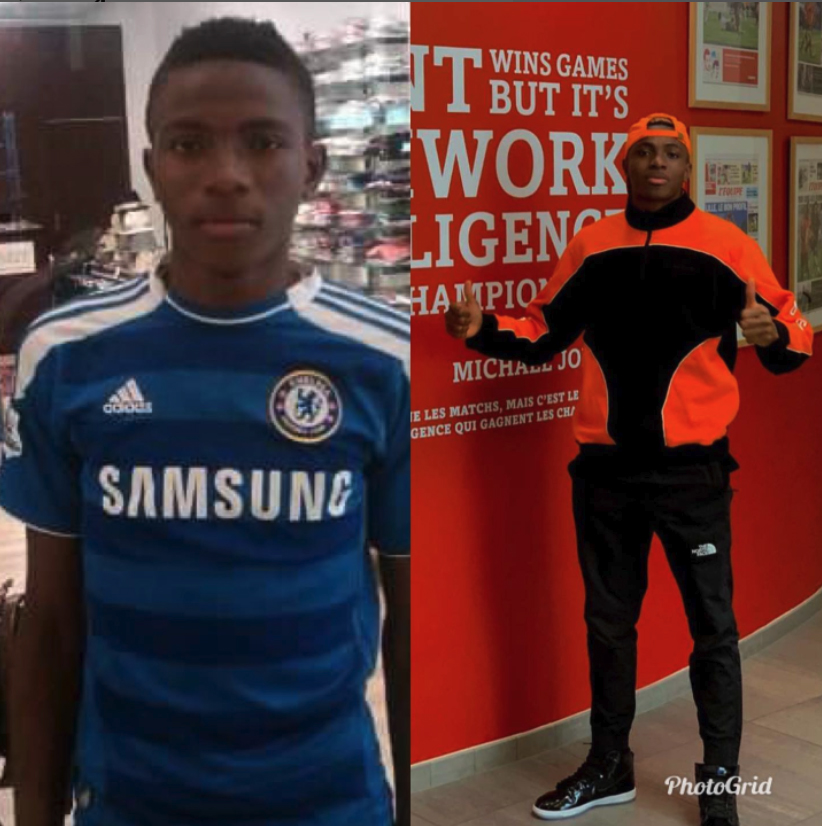 But his path to football stardom hasn't been an easy one.

Growing up in Lagos, he was left reeling by the death of his beloved mother when he was a small child.

When his father lost his job, Victor and his five siblings were forced onto the streets to help the family make ends meet.

The aspiring footballer, who worshipped Didier Drogba and lived in a Chelsea shirt as a teen, would stand in busy traffic selling bottles of water to drivers.

Osimhen was so young when his mum died, he can only remember the month, not the year.

Back in 2019, he told France Football: "I lost my mom in October, I do not even remember the year. I was small. Three months later, my father lost his job. It was very hard for our family.

"My brother sold sports newspapers, my sister (sold) oranges in the street and me, bottled water in Lagos in the middle of the traffic.

"We had to survive so we stuck together. In the evening, we were all together and we gathered the money on the table. We gave everything to our big sister and she made food and organised everything.

"Part of my life has been a struggle to survive. But that’s all I am today in the end. It’s hard to classify all that but each event has created my personality."

Osimhen's upbringing couldn't have been more different to many of his contemporaries.

He hustled in Olusosun to find ways of living and paying for his education.

To save money on clothing, he would regularly pay a trip to Africa's largest waste dump in search of Nike trainers.

"Where I grew up, people live on the other side of an open dump," he revealed.

"With my friends, we went there every Friday or Sunday to find shoes. We stayed there a long time. It was funny! We saw it as a game but when you think about it … It was always a fight.

"Sometimes you see, you found yourself with a Nike on the right foot and then you start looking for the other foot … And finally, you find the left foot and it’s a Reebok! My sister patched everything up and it was good. It was survival." 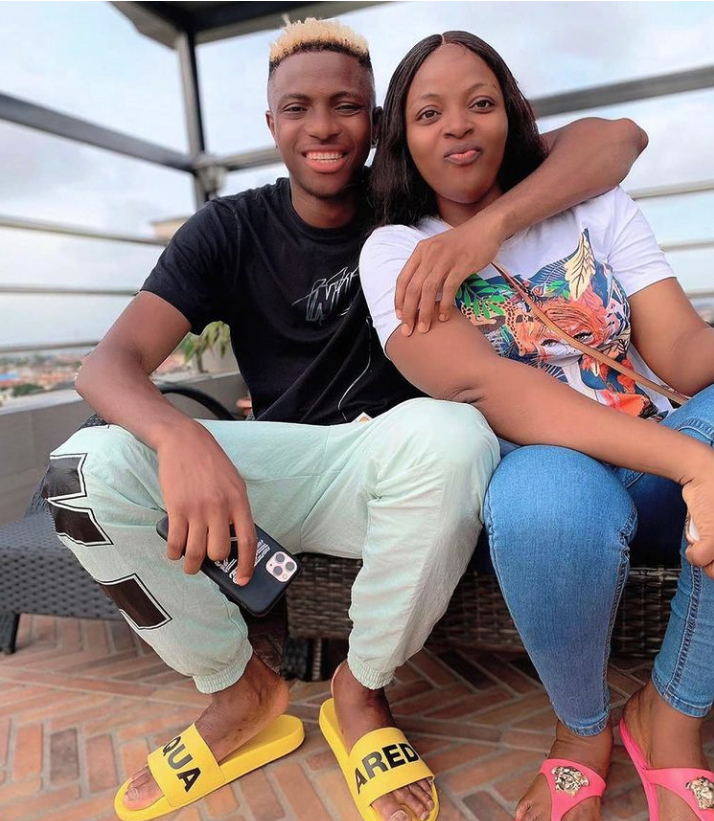 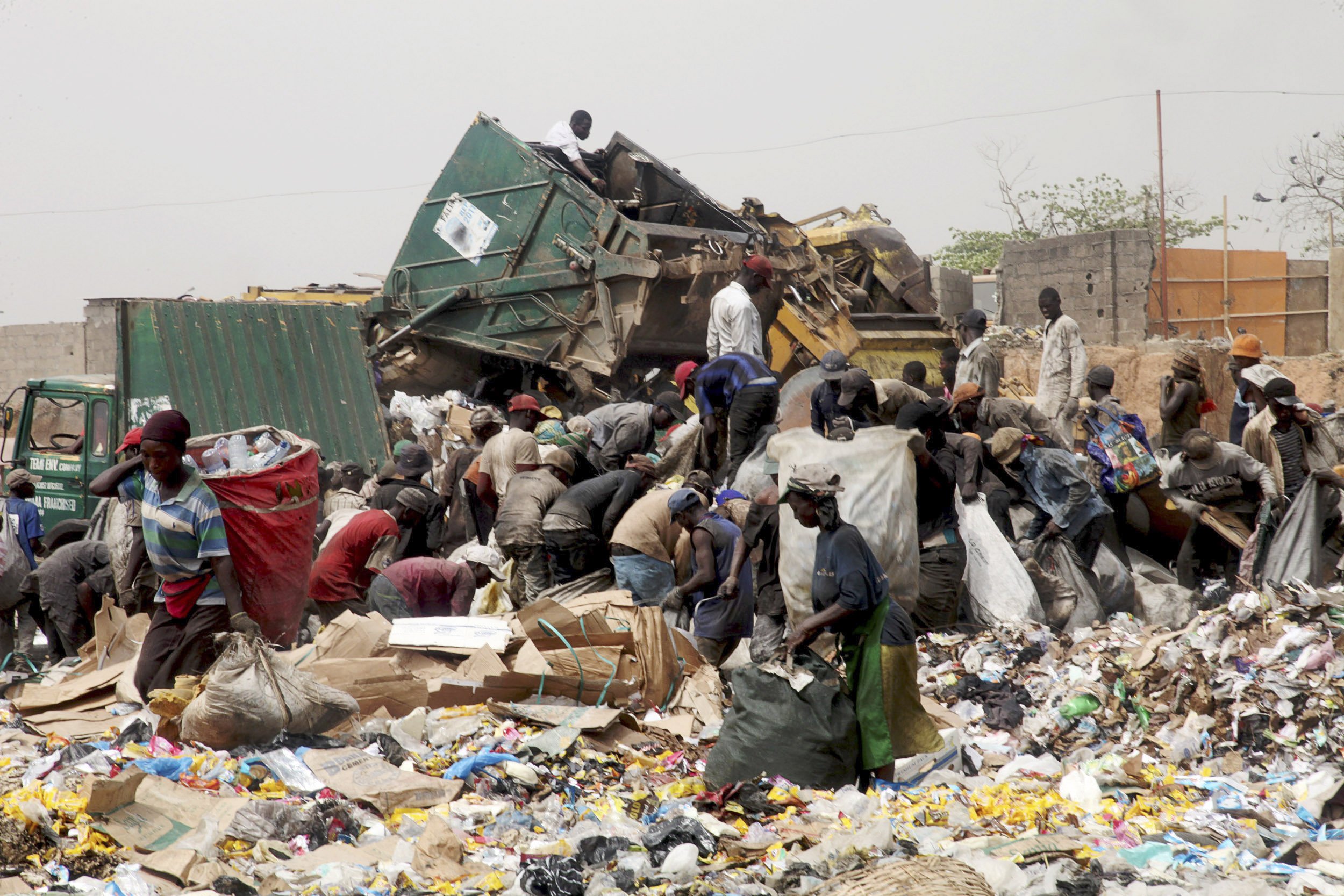 Often wearing a Blues shirt, his older brother Andrew would take him to a viewing centre where the local community would gather round a TV set to watch all the action.

Osimhen would soon find himself training with the Lagos-based side Ultimate Strikers Academy, aptly named in this case for producing one of Africa's current finest.

It would set him up for a remarkable explosion at youth level that alerted Europe's top clubs.

In 2015, aged just 15, he was invited by former Barcelona winger Emmanuel Amunike to train with Nigeria's U17s.

Already offering bags of pace and a strong physique, Amunike wasn't afraid to throw Osimhen into the deep end.

After helping his country quality for the U17 World, he led Nigeria's forward line – with some style too – in Chile.

The Super Eagles would win the competition, and Osimhen would finish as top scorer with 10 goals.

He would also win the Silver Ball for the best player of the tournament. 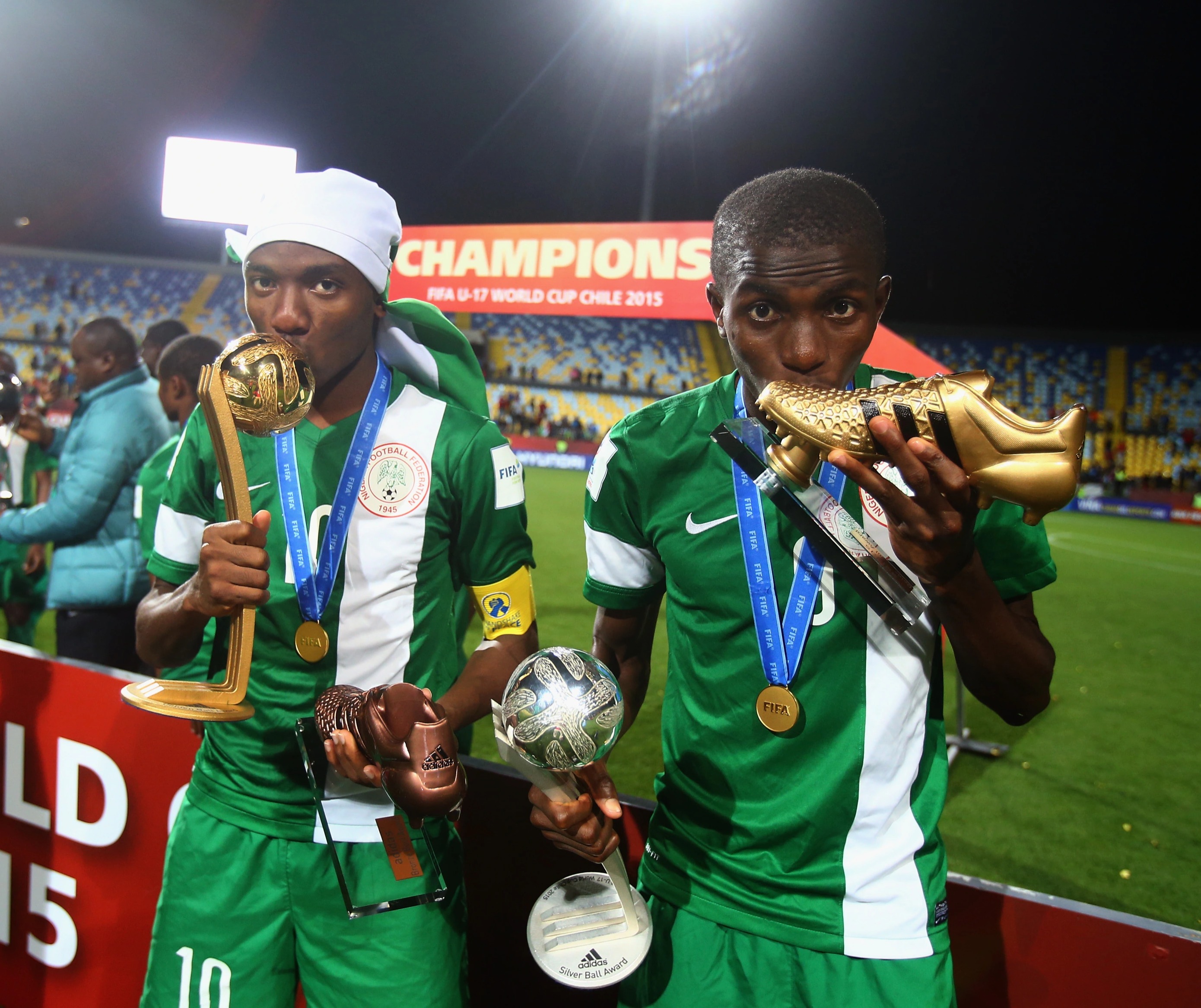 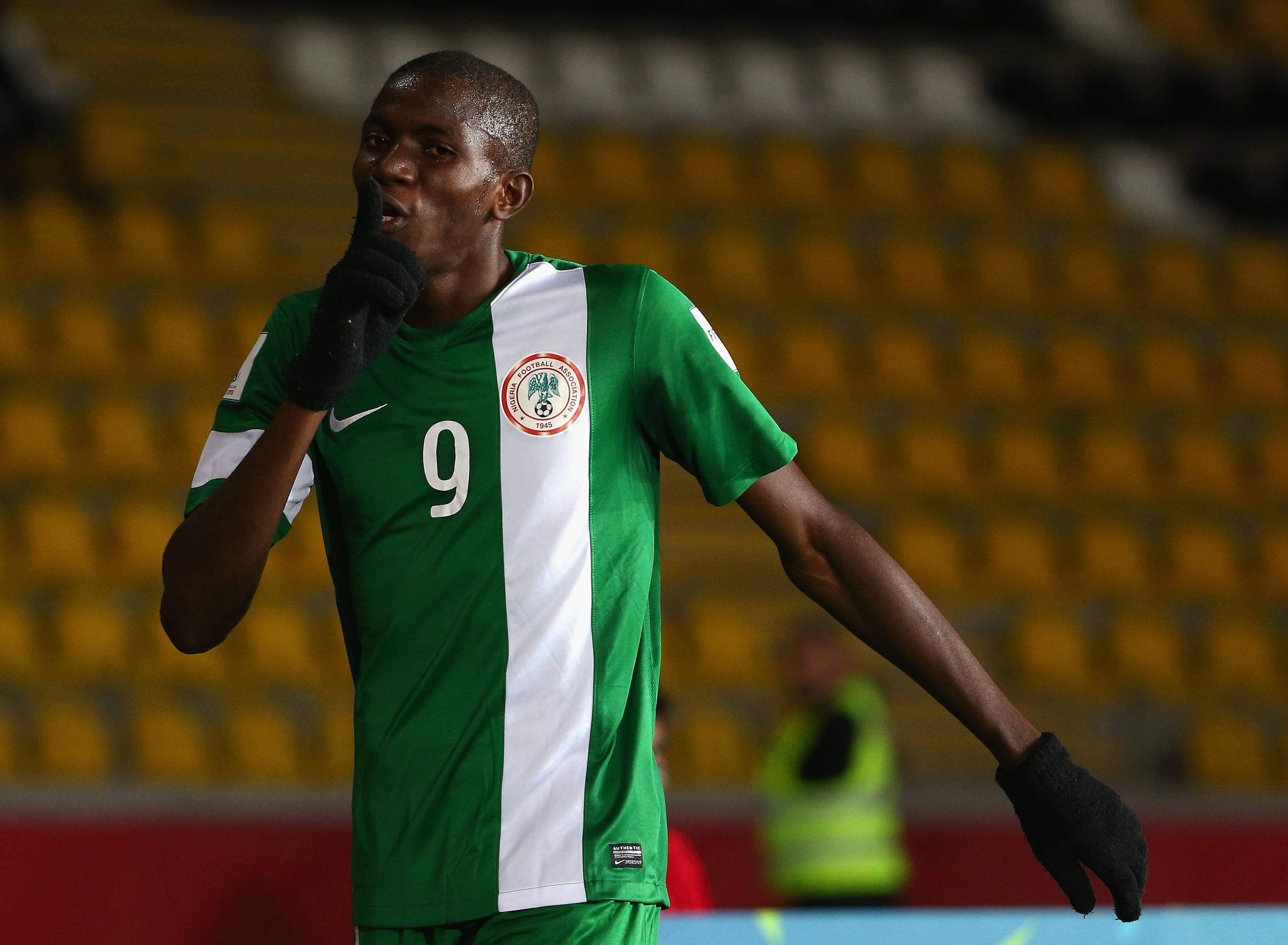 After witnessing a star being born, Europe's top clubs showed an interest in Osimhen.

Arsenal, Man City and Spurs all wanted him. But the talent chose a move to Germany, after Wolfsburg struck up a partnership with Ultimate Strikers Academy.

He admitted money played a big part, as he chose the highest offer on the table.

But it wasn't because of greed. Osimhen was desperate to provide, once again, for his family and help set them up.

"When I signed in Wolfsburg, I didn't buy anything for myself with my bonus. I immediately bought a house in Lagos for my father," he said.

"I gave money to my brothers and sisters, and today, everyone is okay in their businesses. It makes me happy to know that they have enough to eat.

"They always help me and it is normal I want to change their lives." 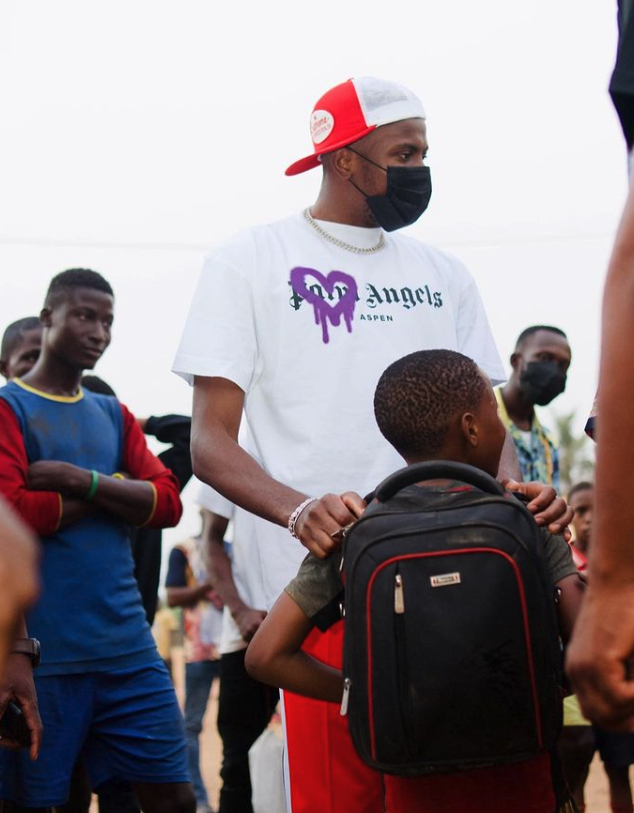 Making his name in France

Osimhen struggled for game time in Germany, with injuries and a bout of malaria affecting his form.

He was subsequently loaned out to Belgium side Charleroi, with an option for a permanent transfer included in the deal in 2018.

The move would ignite his career at club level – as he blasted 20 goals in 36 games in his only season with the club.

They did exercise their right to sign Osimhen at the end of the campaign for just £3m.

But smelling a quick profit, a month later he was sold to Lille for £20m as a replacement for Nicolas Pepe, who joined Arsenal.

Osimhen just got better and better. He scored twice on his debut in a 2-1 win over Nantes, netted his first Champions League goal against his beloved Chelsea, and was Lille's top scorer with 18 goals in all competitions. 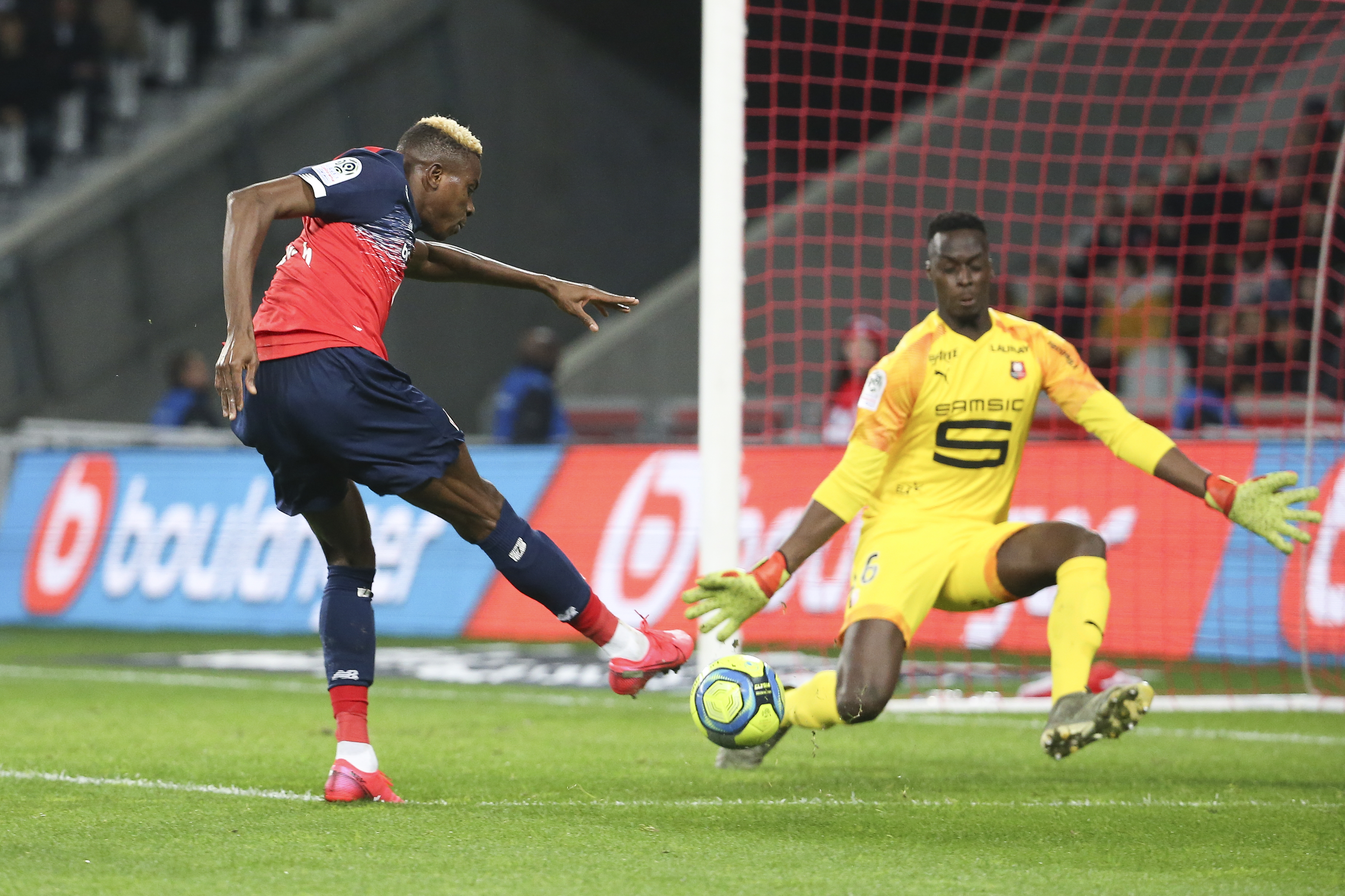 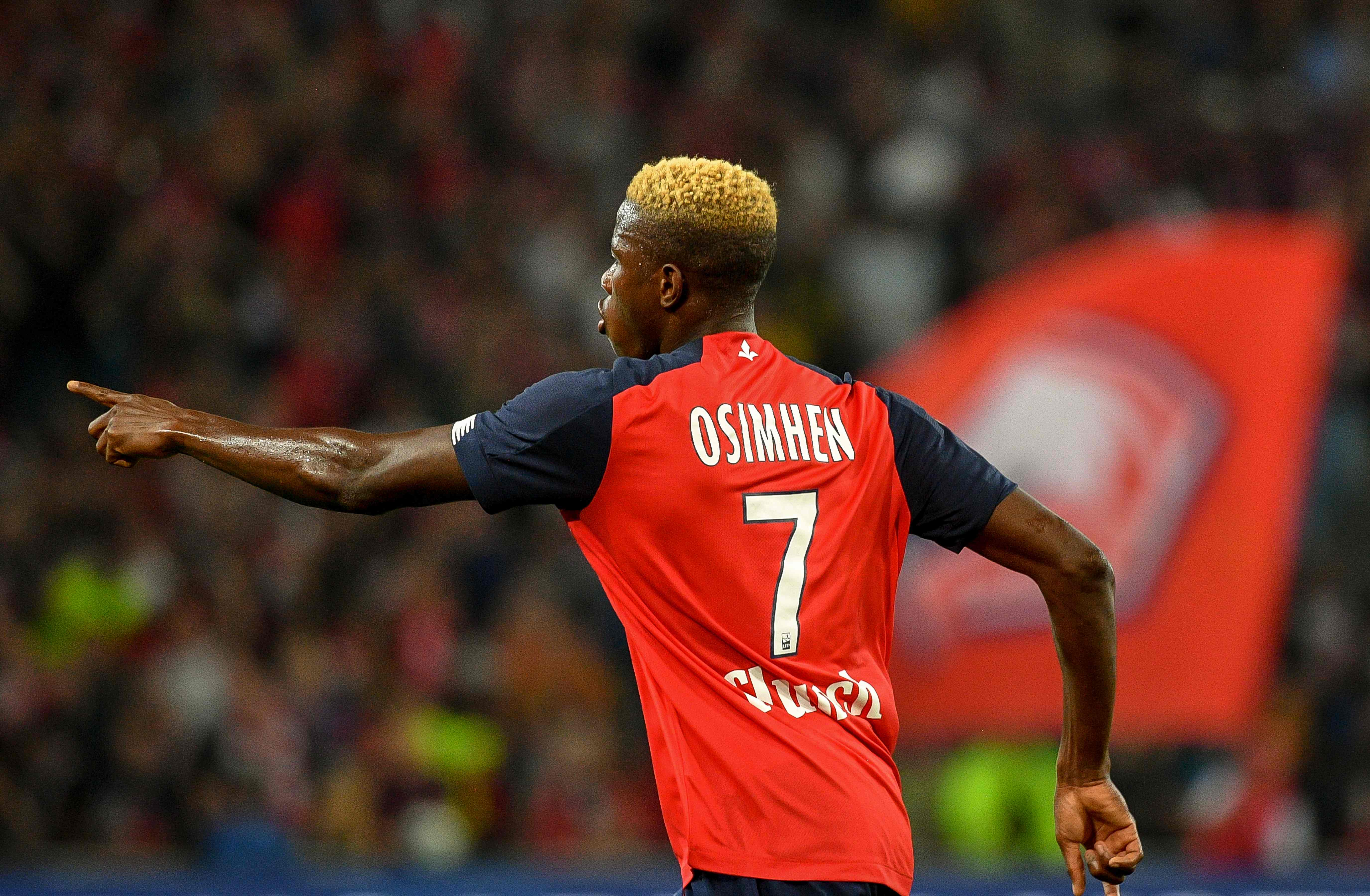 Within one season, Napoli didn't need much convincing that Osimhen was the man who could bring the glory days back to the club.

They splashed a record £70million on the forward, making him the most-expensive African footballer of all-time in 2020.

The move, though, was tinged with some sadness for Osimhen, who couldn't forget his roots.

A few months prior to completing the deal, he lost his beloved father Patrick, who had managed the early stages of his son's career.

For Osimhen, it was sad his parents weren't around to witness his amazing achievement.

But, he shared a poignant message to his followers on Twitter after the move was completed.

"Mom and dad are proud for sure," he wrote. You can bet they are with the role model Osimhen has become. 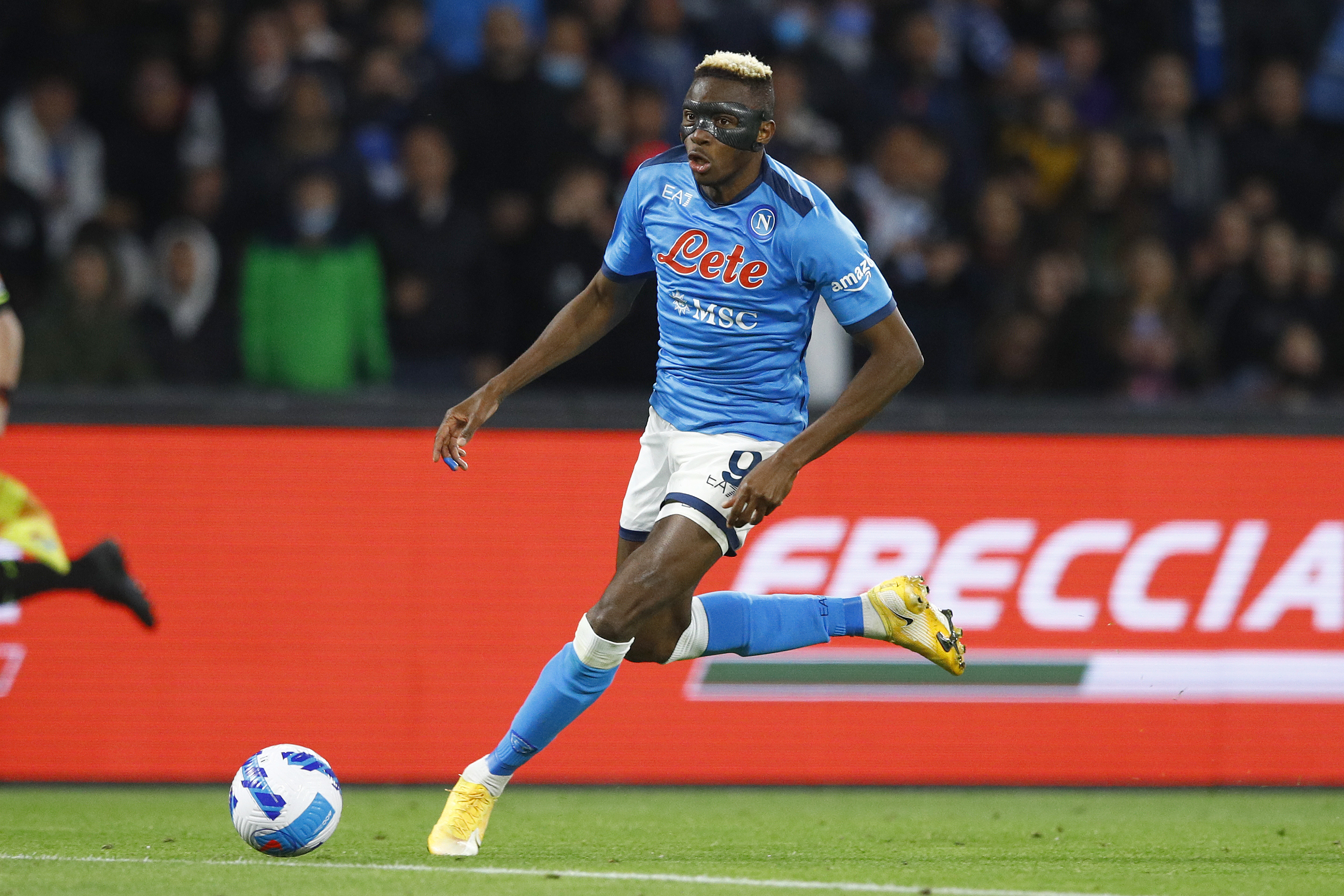 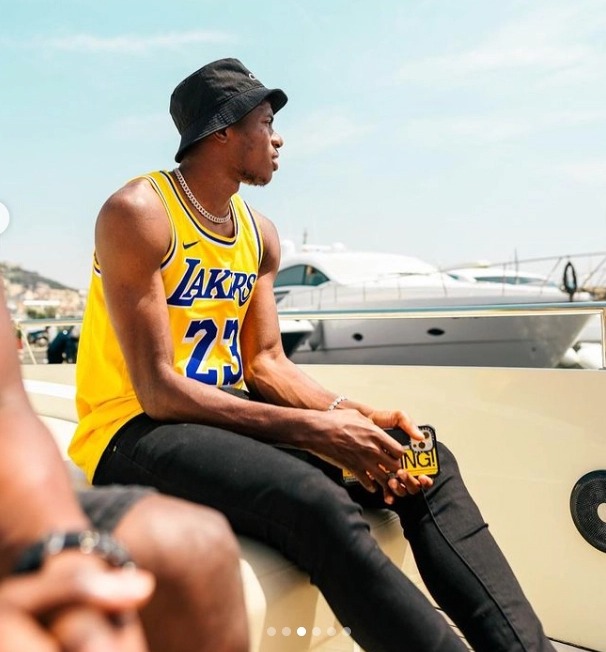