Home » Sport » As it happened: Freeman into the final, Takahashi’s marathon effort

Naoko Takahashi has pushed through one of the "toughest courses in Olympic history" to claim Japan's first-ever marathon gold.

The race was a close call. An exhausted Takahashi glanced over her shoulder at the 40km mark, with Romania's Lidia Simon just 28 seconds behind her. 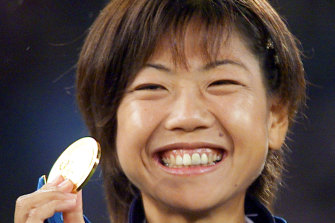 Japan’s Naoko Takahashi holds up her gold medal at the Sydney Olympics on September 24. Credit:AP

Takahashi was one of 14 women who crossed the line with a time of under 2 hours, 30 minutes, making it the deepest mass finish in women's marathon history. Among them was Australia's Kerryn McCann, who came 10th.

Standing at 163cm and 47kg, she became an instant hero – in Sydney and Japan – while grinning ear to ear on the podium clutching gold. "My goal has been achieved. I'm a little saddened … so, from tomorrow, I will have to reset my goals," she said.

Some competitors stepped outside the circle straight after their throws, immediately disqualifying themselves in the process.

The gold medal was won by Poland's Szymon Ziolkowski, who threw 80.02 metres on the fourth of his six throws, as Olympics officials did their best to mop out water from the circle.

The rain hit another event, undoing the highest jumper in history in the process.

Cuba's Javier Sotomayor, who had just made his comeback following a year-long suspension for cocaine use, took silver in the shadows of 26-year-old Russian Sergey Kliugin, who cleared 2.35 metres with ease. 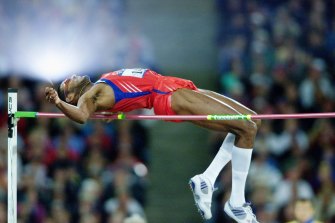 High-jumper Javier Sotomayor, who had just made his comeback following a year-long suspension for cocaine use. Credit:Fairfax

"I'm the worst jumper in the world when it's raining and cold," Sotomayor said after the event. "Had it not been raining, I could have jumped 2.38."

Cathy Freeman takes out the semi-final!

IT'S GO TIME! Cathy Freeman lined up for her semi-final in the pouring rain, despite feeling sluggish that morning. 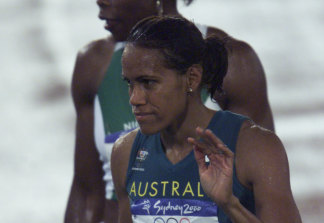 Questions swirled about the weather.

Would she be able to keep her footing? What happens if she slips? Can she run the same as she does in dry weather?

But there would be no upset.

In just over 50 seconds, Freeman qualified for the finals and, suddenly, the whole of Australia was on the edge of their seats for 24 hours.

Mexico's Ana Guevara was second, with Falilat Ogunkoya of Nigeria third. Australia's Nova Peris-Kneebone, 29, running in the outside lane, finished last and did not qualify.

She likes it. She says it makes her feel special.

"To have made the semis … well, I can't complain," she said.

In the usual Freeman style, the 27-year-old walked past media after the race without making a comment. But her coach Peter Fortune did – and there was one question on everyone's lips.

Will she wear the suit for the finals tomorrow?

Fortune said he "would not dream of interfering in the decision" but believed she might.

"She likes it. She says it makes her feel special," he says. 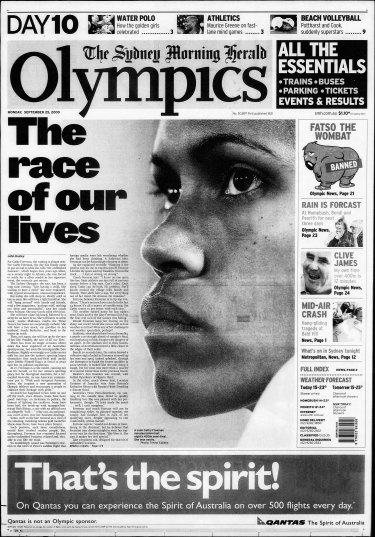