BARCELONA are the favourites to win this season's EUROPA LEAGUE, according to the stats.

The Spanish giants are currently bottom of Group E in the Champions League after back-to-back 3-0 batterings at the hands of Bayern Munich and Benfica. 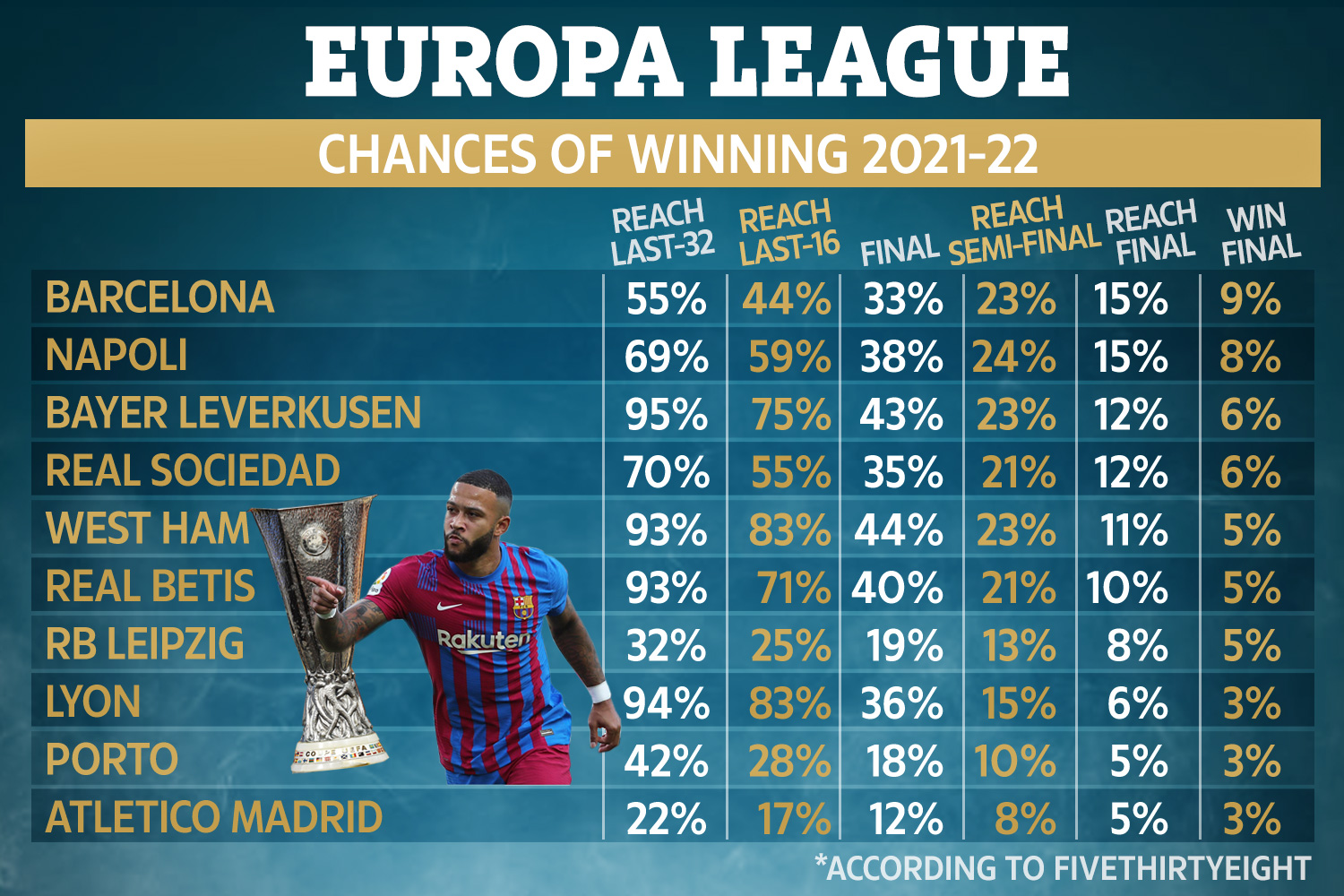 But Ronald Koeman's misery is set to be extended by the humiliation of dropping into the second tier of continental football.

According to research from FiveThirtyEight, the most-likely scenario for Barcelona now sees them finishing THIRD in their Group.

In fact, there's a 55 per cent chance Koeman's squad end up dropping into the Europa League for the first time since the 2003-04 season.

Barcelona finished sixth in LaLiga in 2002-03 to play in Europe's second fiddle competition, only reaching the last-16.

But the last time Barca started a season in the Champions League and slipped down was way back in 2000-01.

There is some good news, though.

Even though Barcelona are expected to fall into the Europa League they are the favourites to eventually win it.

According to the data, the Spaniards have a nine per cent chance of lifting the trophy, higher than Napoli (eight per cent), Bayer Leverkusen and Real Sociedad (both six per cent).

And Barcelona aren't the only current Champions League teams to feature in the top ten list of Europa League favourites.

Fellow LaLiga giants Atletico Madrid sit tenth on the list – despite boasting one win and one draw in their opening Group B games – with a three per cent chance of success.

Porto – who were thumped 5-1 by Liverpool last week – also have a three per cent shot of lifting the Europa League come the end of the season.

RB Leipzig boast a five per cent chance of glory in Europe's second tier after they were stunned 2-1 by Club Brugge immediately on the back of their 6-3 demolition at the hands of Manchester City.