Home » Sport » Bernd Wiesberger: ‘The Ryder Cup will be a life-changing experience’ Already fifteen years a professional, Bernd Wiesberger is nobody’s idea of a stereotypical Ryder Cup rookie. He has seen the winner’s circle on several occasions and lost momentum to a debilitating surgery, he’s long made friends with those on the European team but seen chance become his enemy when trying to join them. He may be unfamiliar to most at home, the quiet face in the corner of team pictures, but that makes the steeled conviction required to mark Padraig Harrington’s team, on undeniable and perseverent merit, all the more remarkable.

That virtue of anonymity is all about to change this week at Whistling Straits when Wiesberger becomes the first Austrian in history to play in the Ryder Cup. There will be no avoiding the glare of attention and the unimaginable strains of pressure that sizzle through the joints of every player to step on that first tee. “I don’t think anything can prepare you for it,” he freely admits, but he’s also determined to embrace it. The 35-year-old might not shout it from the hilltop, but he has seen most of what golf has to offer from that vantage. Nothing else, though, is quite like this. “It’s going to be a life-changing experience,” he says. “Nothing is like the magnitude of the Ryder Cup. There are nerves, but first and foremost there is immense pride. I’ll really try to let that sink in.”

Wiesberger accepts he is unlikely to take centre stage in Harrington’s plans without any grudge. He secured the final automatic playing spot on a volatile Sunday at Wentworth when twists of fortune threatened to rip away a dream he’s held since his breakout year on the European Tour a decade ago. That came at Justin Rose’s expense, with Harrington selecting Shane Lowry instead as his third wildcard, but Wiesberger isn’t shackled to any sense of “having a point to prove to anyone”. In fact, the world No 63 is distinctly amiable and gracious, determined to embrace the occasion regardless of how his own fortune unfolds. “I don’t want to just be a rookie in the dressing room sitting in the corner. I want to be a team player and a colleague and a friend in the dressing room and on the golf course regardless of if I’m playing in a session or sitting out. It was a goal of mine to qualify for many years and I want to embrace and enjoy the challenge on and off the course.”

He describes himself as “a quieter character”, almost a total contrast to the burning intensity of Ian Poulter or Jon Rahm, but a lack of fist pumps or tribal roars should not be mistaken for timidity. Nor does Wiesberger rule out a different side to his personality emerging at Whistling Straits, one that perhaps even he won’t entirely recognise. “The Ryder Cup is what every European player aspires to and, from what I’ve been made aware, it fuels a different kind of fire in you,” he says. “In a team situation, it’s natural for emotions to be high and maybe some characteristics of mine will come out in a way they haven’t before on the golf course. It’s definitely a possibility.”

His patent desire to “soak up” the occasion is also linked to the tendon that betrayed his left wrist in 2018. Wiesberger had been in contention to make Thomas Bjorn’s team in Paris and was enjoying one of the finest spells of form in his career, when an acute injury occurred unprovoked and out of the blue while practising. It took almost seven months for him to return and, from that peak, he had fallen outside of the world’s top-300, lost over 10mph to the speed of his driver, and still struggled desperately for form upon his return. He insists he always kept a positive mindset, certain that he would regain and then surpass his previous heights, but can also now admit that was never guaranteed. “I was very fortunate to come out of the other side of the injury and I had to try and not get overly frustrated with the early results [when I came back],” he says. “Sometimes setbacks are a good motivation for greater things.” 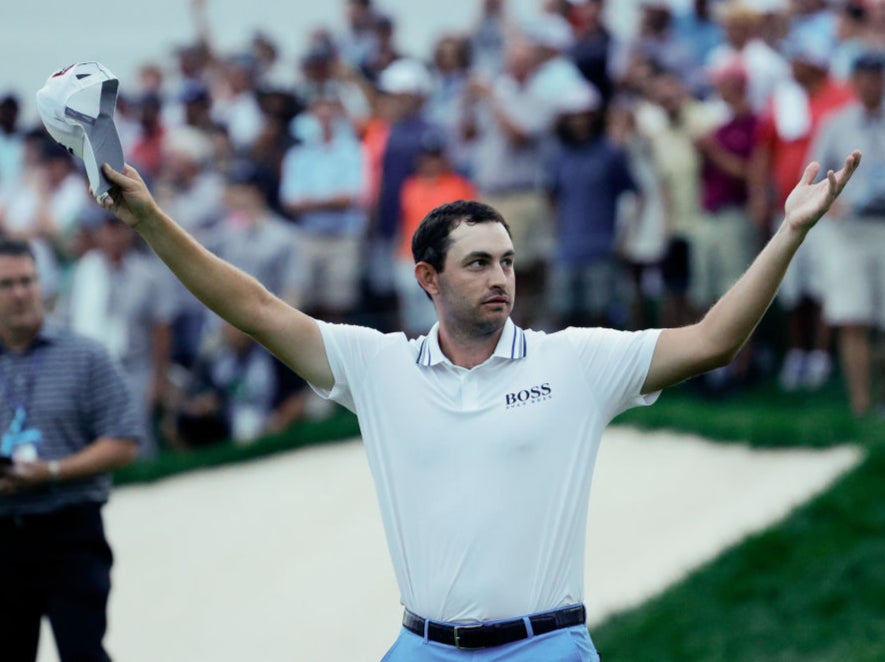 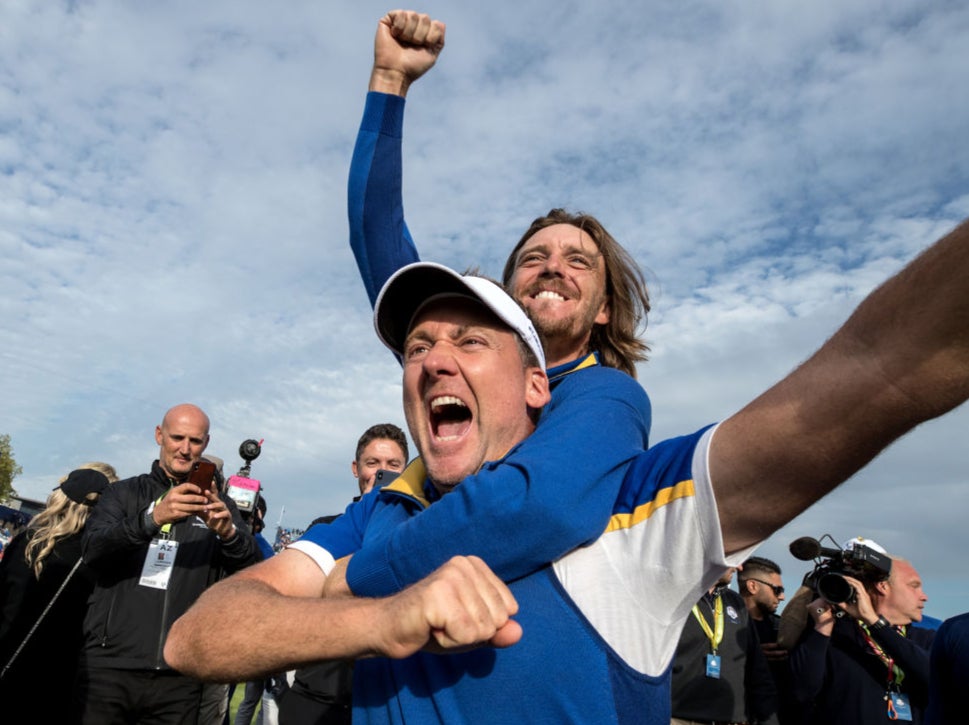 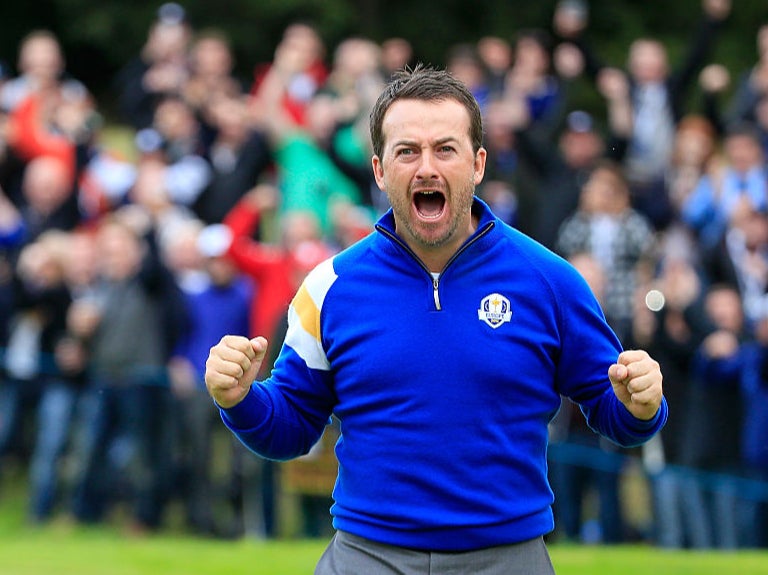 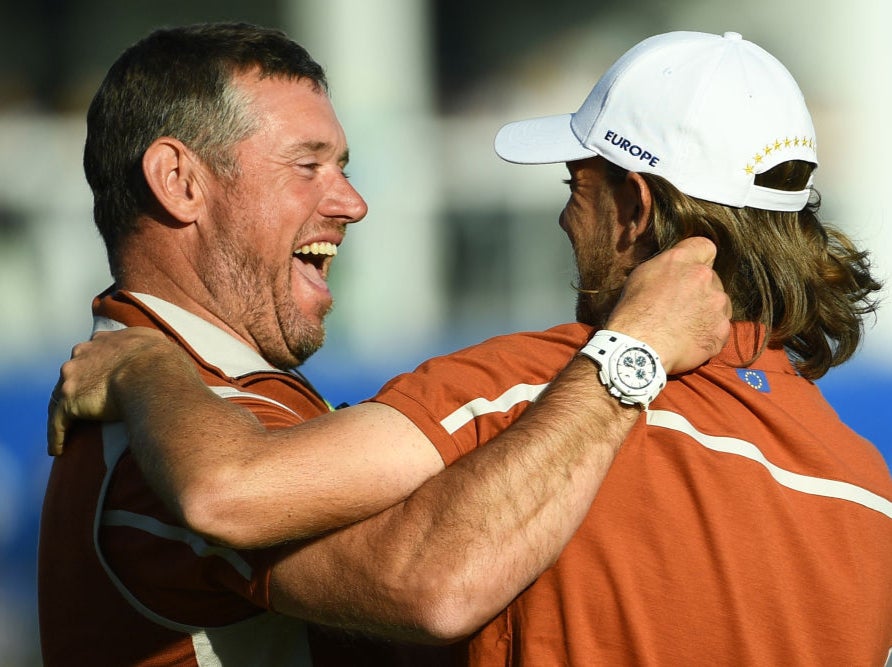 While his Paris dream was dashed, Wiesberger did still attend Le Golf National, and the celebrations on that champagne-soaked Sunday stoked his desire even further. “I’d never seen anything like that on a golf course,” he says. “It was lovely. As an introduction to the Ryder Cup on site, it was obviously great. I was able to see the team room, how fired up the players were for their game. I really wanted to experience that for myself.”

It wasn’t long afterwards that his dream hardened into reality. The following summer, Wiesberger captured a supreme streak of form, won three events in the space of six months, and secured many of the points that would ensure him of his qualification. For one of the European Tour’s sagest stalwarts, it’s an achievement that bears few comparisons and has encompassed a lifetime’s work. This is a debut that has benefitted from no fast track, but rather a slow and determined fight to reach the front of the queue. Now, it’s time to bask in a new world. “I’m going to enjoy the week,” he says. “And hopefully make it the most memorable experience of my golfing career.”