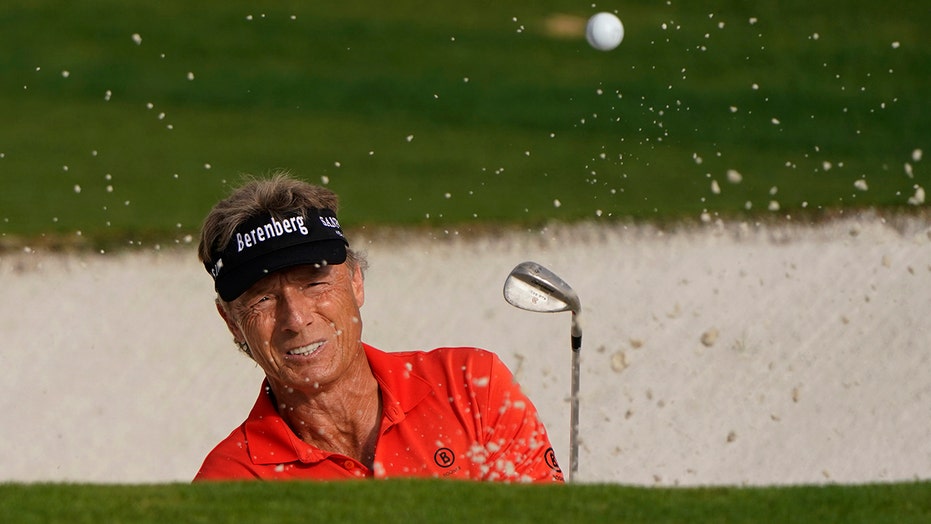 Talking to GOATs with Jim Gray

The biggest names in sports share who they feel are the most iconic players.

Bernhard Langer may not have won the Masters outright on Friday, but it’s the little victories that count more sometimes.

Langer, 63, became the oldest player to make the cut at the Masters, topping the mark set by Tommy Aaron in 2000 by just 33 days. The official cut line won’t be set until Saturday afternoon but he finished his first round with a 68 and his second with a 73, which put him at 3-under par for the tournament.

The German pro is a two-time Masters champion. He won the event in 1985 and 1993. He won by two strokes in 1985 over Seve Ballesteros, Raymond Floyd and Curtis Strange. In 1993, he won by four strokes holding off Chip Beck.

“No, it actually makes me feel older when I play with these young guys and I see how far they hit it and how short I hit it,” he said. “I like this golf course. I think I know how to get around it, even though I hit very long clubs. But it’s certainly not easy.”

Masters champions get lifetime exemptions into the tournament. But Langer said he still wasn’t sure whether the event had an age limit.

“I wasn't sure if there was an unwritten rule for an age limit for past champions to play in the Masters, so I did ask the question of Chairman Fred Ridley,” Langer said earlier in the week. “I am 63 and I am the oldest player in the field this year. He said that as long as we can stand upright and play golf, we are welcome to play, and that we will all know when the time is right to stop playing.”