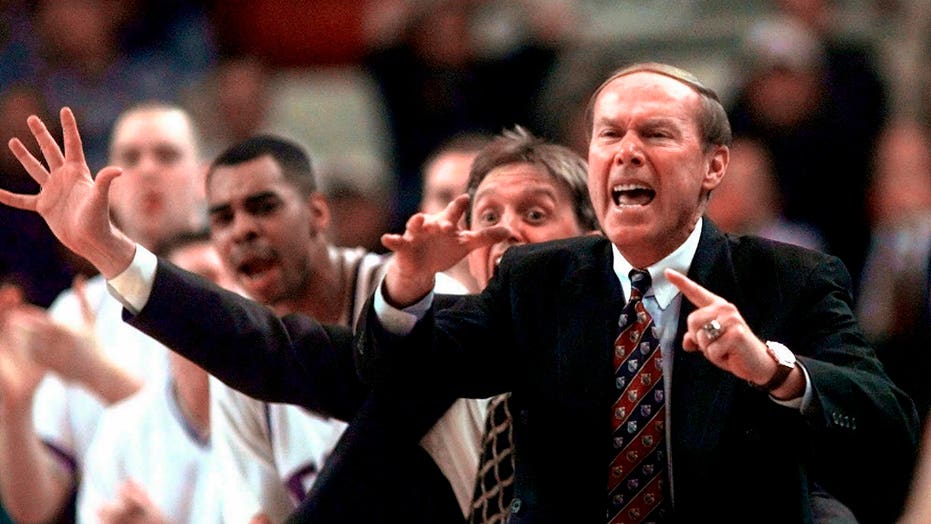 Billy Tubbs, the colorful coach with the high-octane system known as Billy Ball who brought Oklahoma basketball to prominence in the 1980s, died Sunday. He was 85.

Tubbs' family said in a statement that he battled a form of leukemia since being diagnosed in 2015. The statement said he died peacefully surrounded by family.

“Though his passing represents a tremendous loss for everyone close to him, our family is comforted by the knowledge he lived an extremely spirited life full of outstanding accomplishment in and out of sports,” the statement said.

Tubbs took over a struggling Oklahoma program in 1980. The Sooners reached the NCAA Tournament just once —- for most of those years, only the Big 8 champion went to the tournament — over the 32 seasons prior to Tubbs’ arrival and held a combined winning percentage of .471 from 1950 to 1980.

Tubbs had a 333-132 record in 14 seasons at Oklahoma and was four time Big Eight Coach of the Year. In three seasons, the Sooners averaged more than 100 points per game.

“We are deeply saddened by the passing of Coach Billy Tubbs,” Oklahoma athletic director Joe Castiglione said in a statement. “Billy is one of the most successful, popular and colorful figures in the history of OU Athletics. His passion and vision of the game defined an era of Sooner basketball and forever changed the trajectory of our hoops program."

Tubbs coached at TCU from 1995-2002 and got the previously struggling program to the NCAA Tournament in 1998. He had two coaching stints at his alma mater, Lamar, and was athletic director there from 2002 to 2011.

In 2011, Lamar dedicated the basketball floor at the Montagne Event Center as “Billy & Pat Tubbs Court,” named in honor of the coach and his wife.

Perhaps his most famous moment of all came on Feb. 9, 1989, while he was coaching Oklahoma.

The Sooners fell behind Missouri early, and fans who disagreed with a traveling call against Blaylock had thrown debris on the court. The public-address announcer told the crowd the Sooners could be assessed a technical if the activity continued.

Tubbs then took the microphone and said: “The referees request that regardless of how terrible the officiating is, do not throw stuff on the floor.”

He earned a technical from official Ed Hightower and a standing ovation from the home crowd.

He stood by his words.

“Actually, that was a true statement,” Tubbs told the Kansas City Star years later. “I just went up there and told the truth, right? That’s why they were throwing stuff on the floor.”

After his second run at Lamar, Tubbs was an active golfer. He boasted two holes-in-one, with his most recent ace coming at the age of 83 at Jimmie Austin OU Golf Club in Norman.

In recent years, he would attend basketball games at the Lloyd Noble Center and go to the media room at halftime to chat with reporters.

On Saturday night, Tubbs wore a “Cheer Like a Champion” shirt while watching the football team's win over Texas Tech.

“He was fierce competitor in everything he faced, and that was never more evident than in his final days,” the statement said.