BORIS Johnson has hit out at racists who attacked England players after their Euro 2020 defeat.

The PM has joined the FA and Met Police in slamming vile trolls for their abuse after the Lions were beaten on penalties by Italy at Wembley. 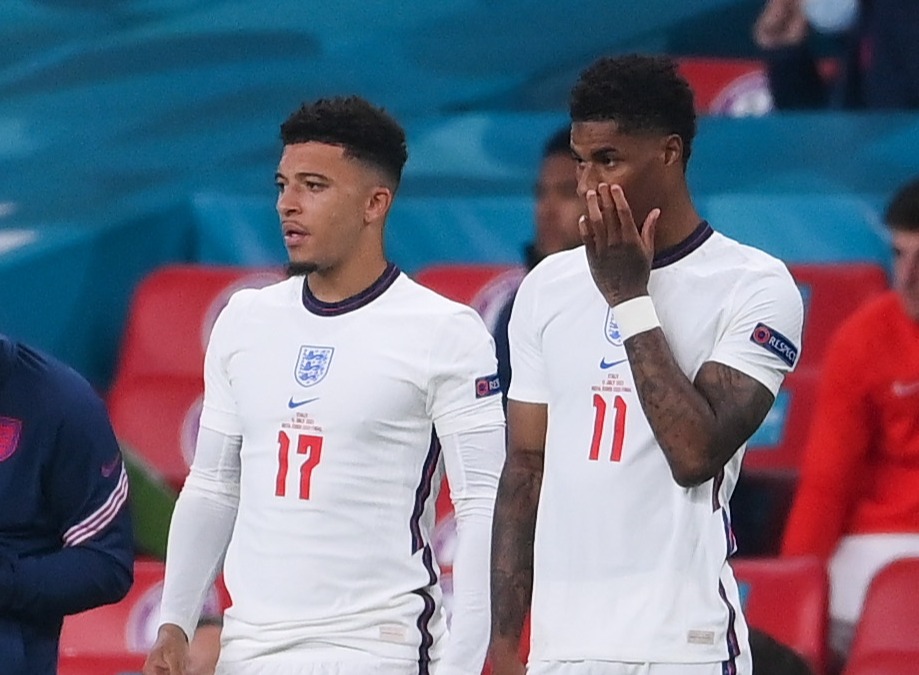 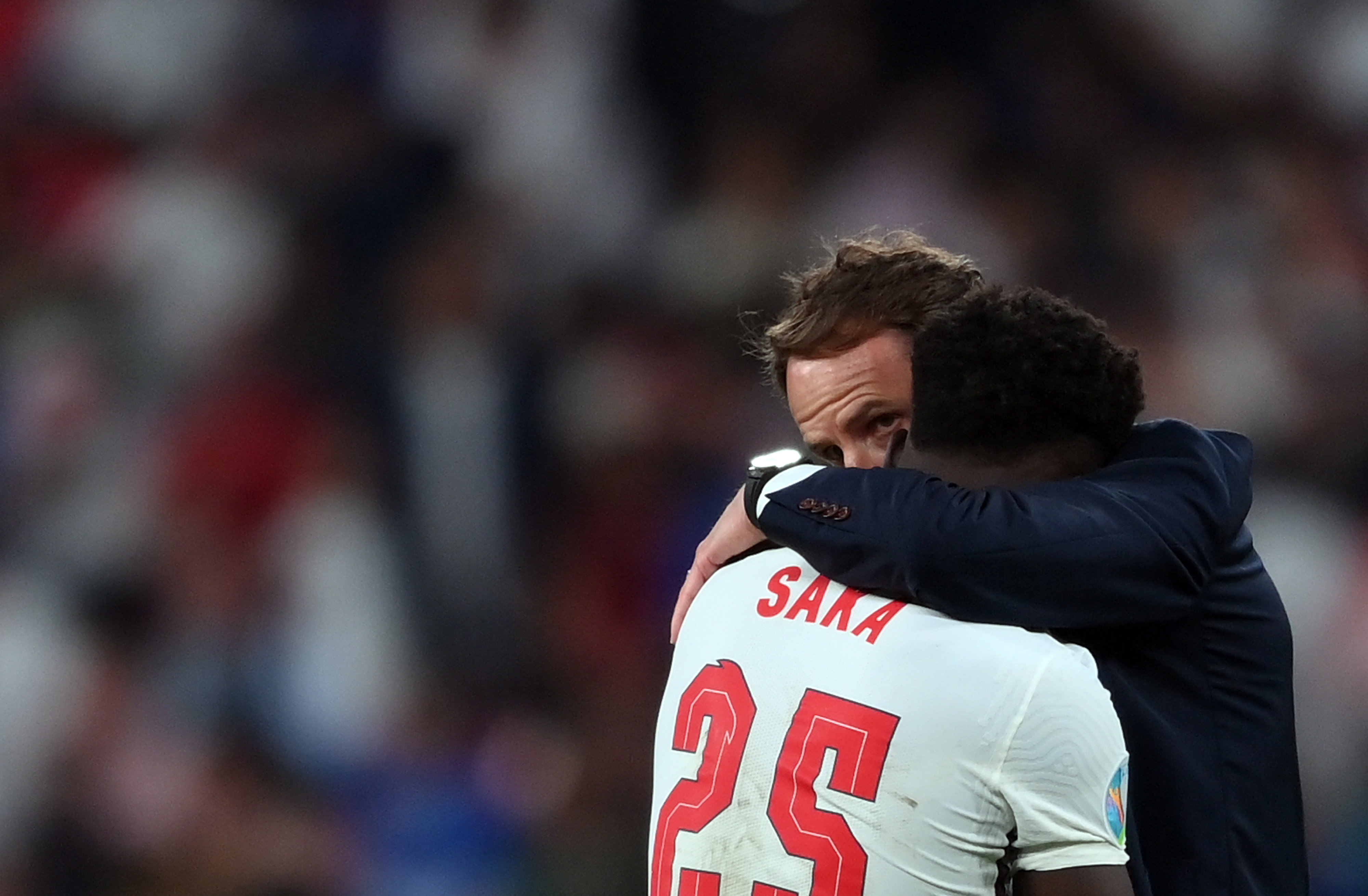 And the trio were all targeted on social media after their penalty misses.

The PM, Prince William and Gareth Southgate have now all spoken of their fury.

Mr Johnson said this morning: "This England team deserve to be lauded as heroes, not racially abused on social media.

"Those responsible for this appalling abuse should be ashamed of themselves."

The Duke of Cambridge, who serves as president of The FA and attended the game with wife Kate and son George, tweeted: "I am sickened by the racist abuse aimed at England players after last night’s match.

"It is totally unacceptable that players have to endure this abhorrent behaviour.

"It must stop now and all those involved should be held accountable. W."

And Gareth Southgate has told journalists the attacks are "unforgiveable" – and it's "just not what we stand for".

The Met Police has vowed to launch a probe into the repellent trolling.

'RACISTS MUST BE HUNTED BY COPS'

The force said: "We are aware of a number of offensive and racist social media comments being directed towards footballers following the Euro 2020 final.

"This abuse is totally unacceptable, it will not be tolerated and it will be investigated."

And on Good Morning Britain, Susanna Reid said: "They think they can say what they want online.

"Frankly, it's disgusting, and the full force of the law should be brought down on your heads."

Her co-host Richard Madeley said: "It's time we prosecute these people, it's time we saw them named and shamed, standing in a dock in a British court and hopefully sent to jail."

"Then our black stars get horrifically racially abused after the game. This is why they take the knee. This is why I support them in taking the knee."

Health Minister Edward Argar told Sky News this morning: "It was a hugely disappointing result, but what wasn't disappointing was the phenomenal performance our national team has put up throughout this tournament, and they are all heroes."

And he said he backs a police probe into the attacks, adding: "What really is disappointing is the appalling online racist abuse that we've seen members of that team suffer.

And Home Secretary Priti Patel tweeted: "I'm disgusted that England players who have given so much for our country this summer have been subject to vile racist abuse on social media.

"It has no place in our country and I back the police to hold those responsible accountable."

"However, this feeling of pride quickly turned to sorrow at the racist comments our young player was subjected to on his social media platforms after the final whistle.

"Once again, we are sad to have to say we condemn the racism of a number of black players.

"This cannot continue and the social media platforms and authorities must act to ensure this disgusting abuse to which our players are subjected on a daily basis stops now."

An FA spokesperson said: "The FA strongly condemns all forms of discrimination and is appalled by the online racism that has been aimed at some of our England players on social media.

"We could not be clearer that anyone behind such disgusting behaviour is not welcome in following the team.

"We will do all we can to support the players affected while urging the toughest punishments possible for anyone responsible.

"We will continue to do everything we can to stamp discrimination out of the game, but we implore government to act quickly and bring in the appropriate legislation so this abuse has real life consequences.

"Social media companies need to step up and take accountability and action to ban abusers from their platforms, gather evidence that can lead to prosecution and support making their platforms free from this type of abhorrent abuse."

Twitter said today it has removed over 1,000 posts within the past 24 hours which violated its policy, as well as permanently suspending a number of accounts.

England players have been taking a knee before their Euros games in a stand against racism.

The gesture just before kick-off has been used ever since George Floyd's murder in Minnesota last year.

Players and clubs also boycotted social media for a weekend in May in an attempt to force giants like Facebook and Twitter to take sterner action.

The FA pleaded with fans not to boo the players when making the stand against racism and inequality.

In a statement before the game, the FA said: "There can be no doubt as to why the players are taking the knee and what it represents in a footballing context.

“We encourage those that oppose this action to reflect on the message you are sending to the players you are supporting.

“Please respect their wishes and remember that we should all be united in the fight to tackle discrimination. Together." 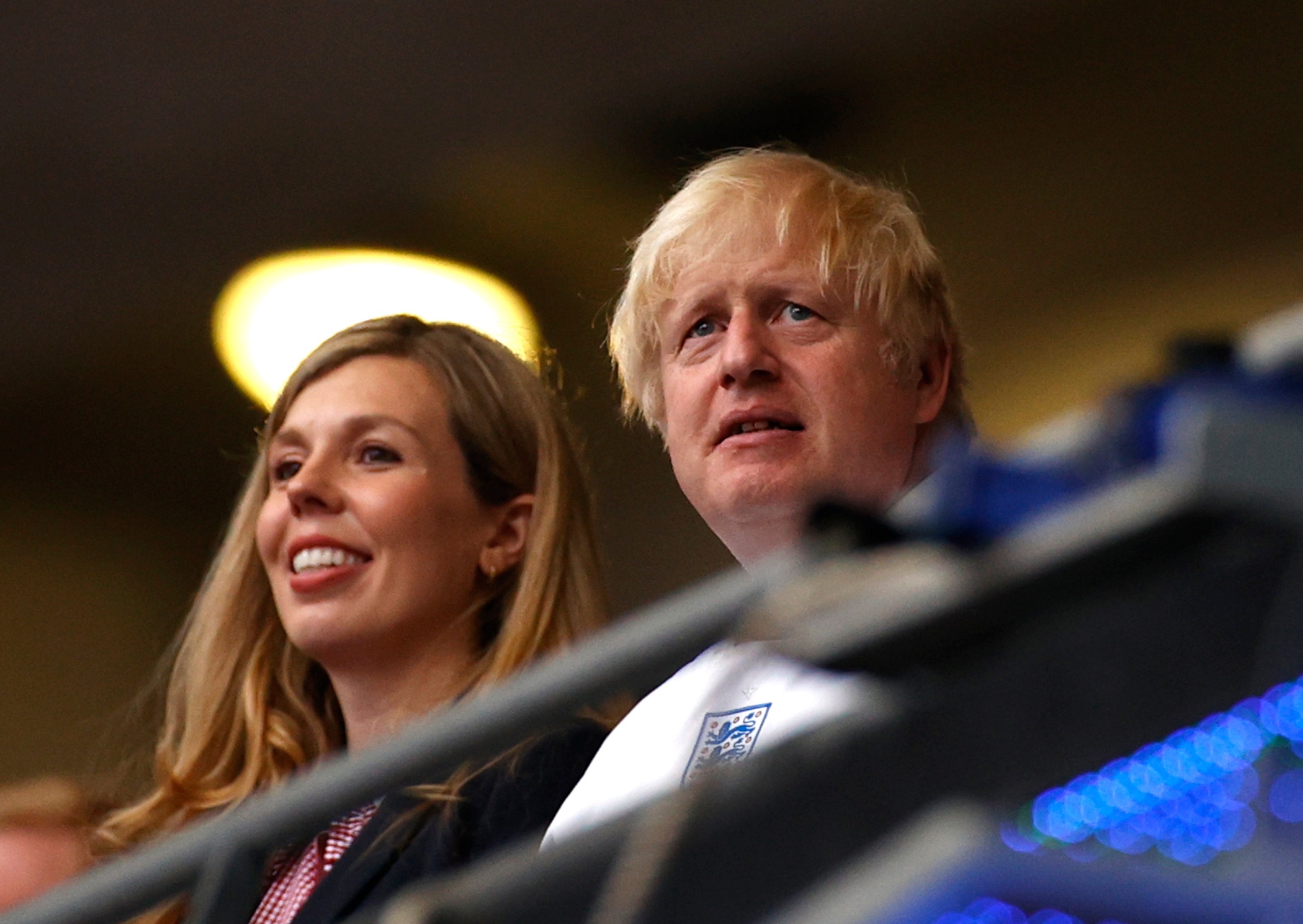 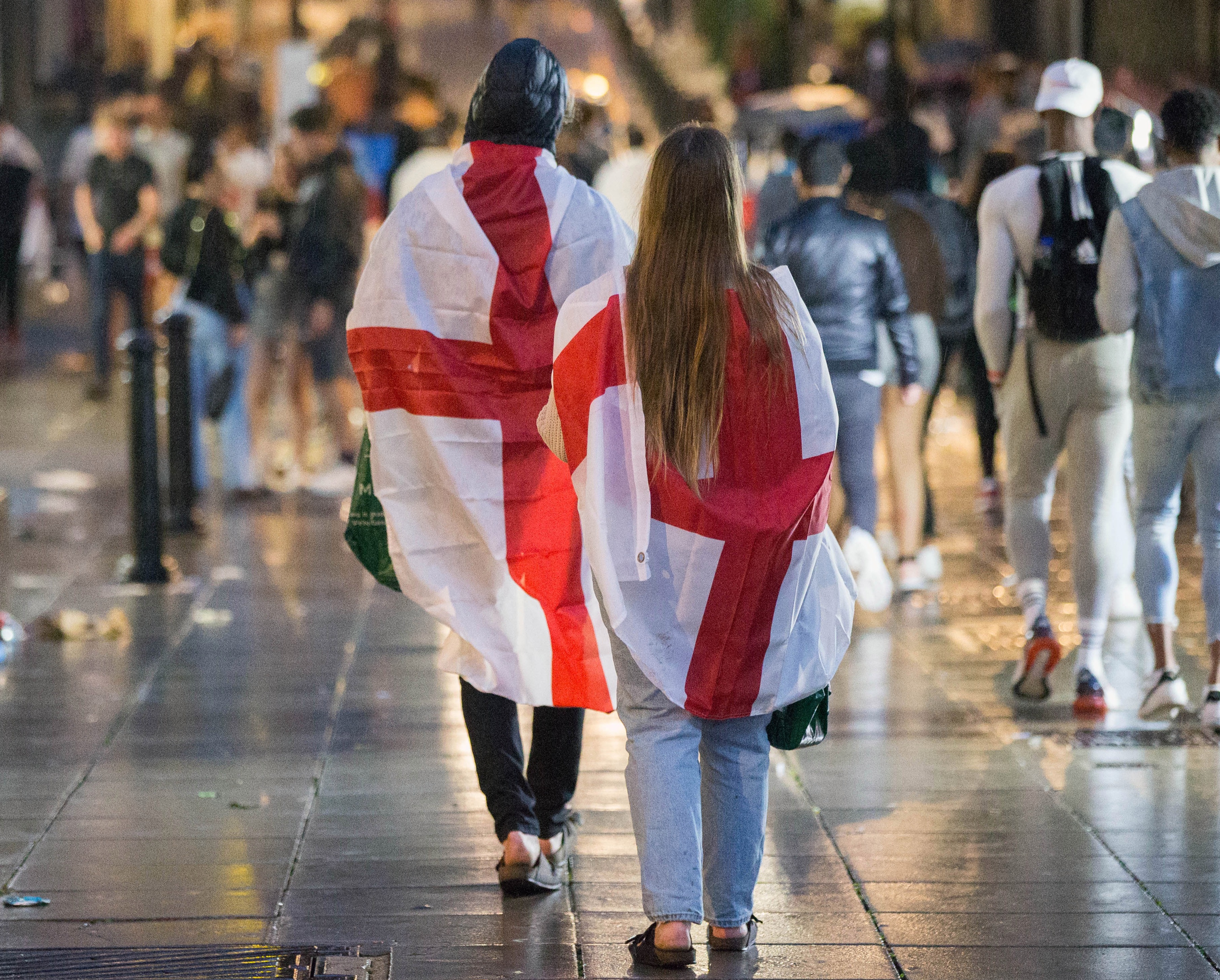 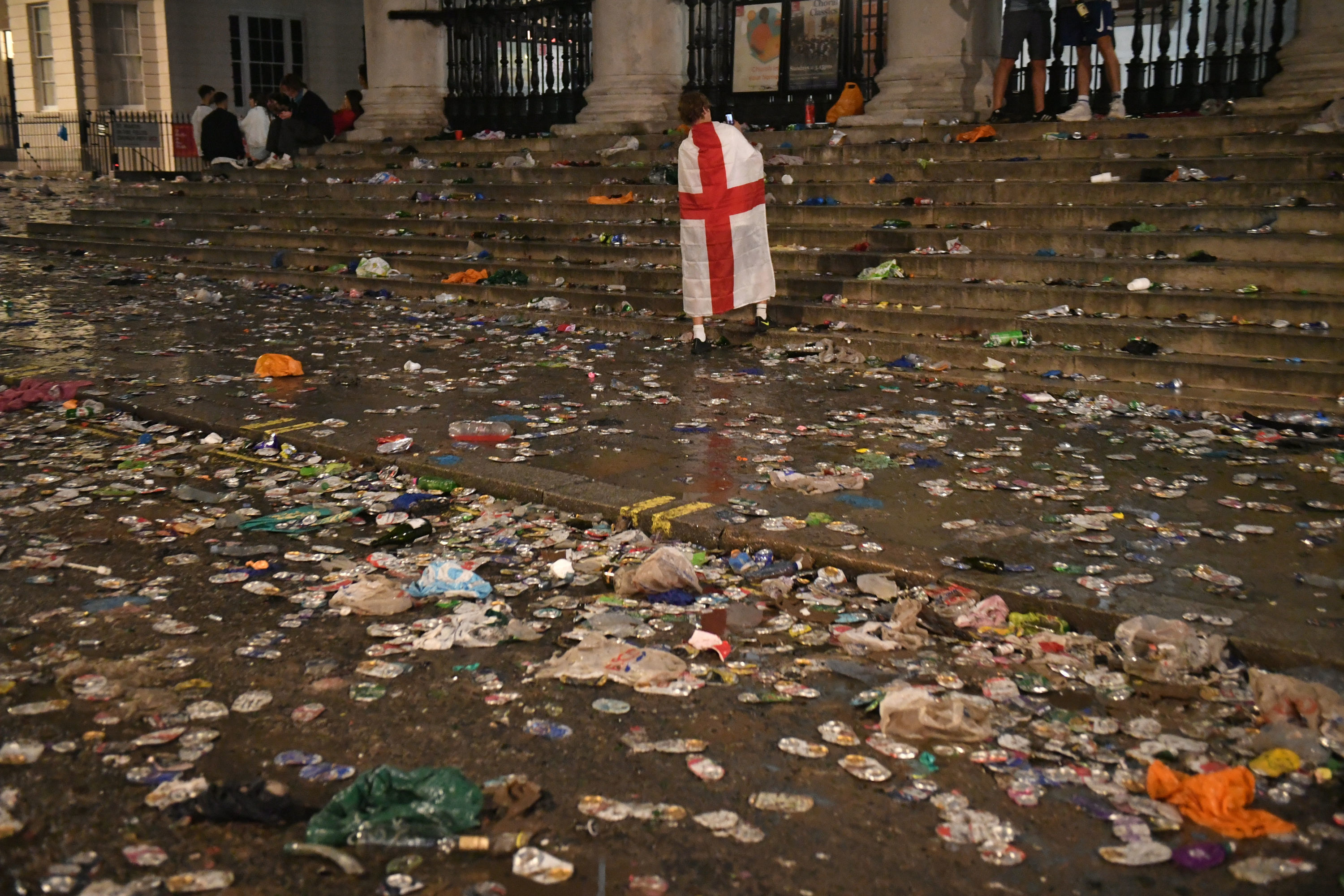