ENGLAND hero Bukayo Saka has revealed he knew he would be racially abused 'instantly' after his Euro 2020 penalty miss in a heartbreaking statement.

The Three Lions ace, 19, saw his decisive fifth penalty saved in the Euro 2020 final defeat against Italy, before being hit by a wave of vile racist abuse. 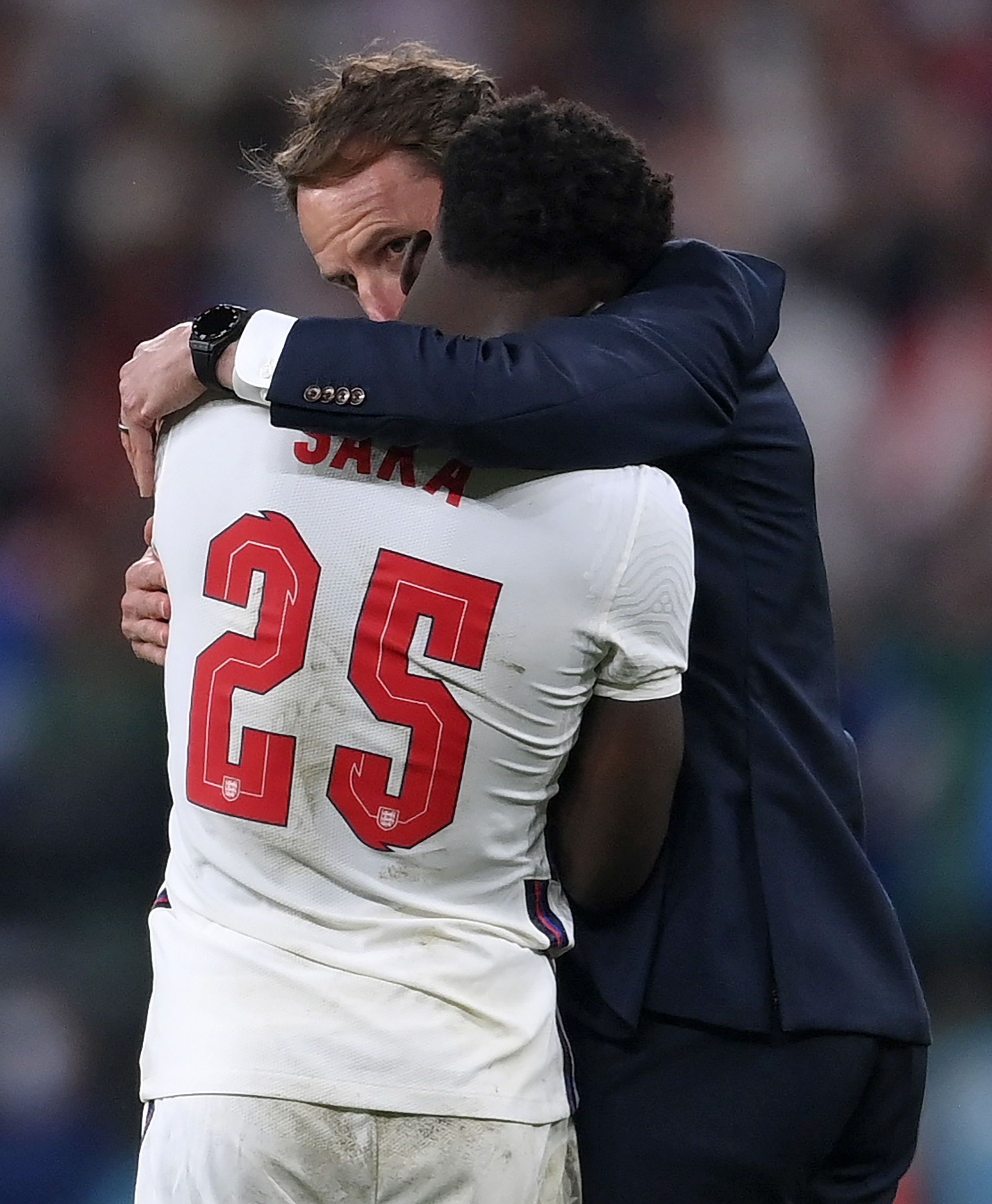 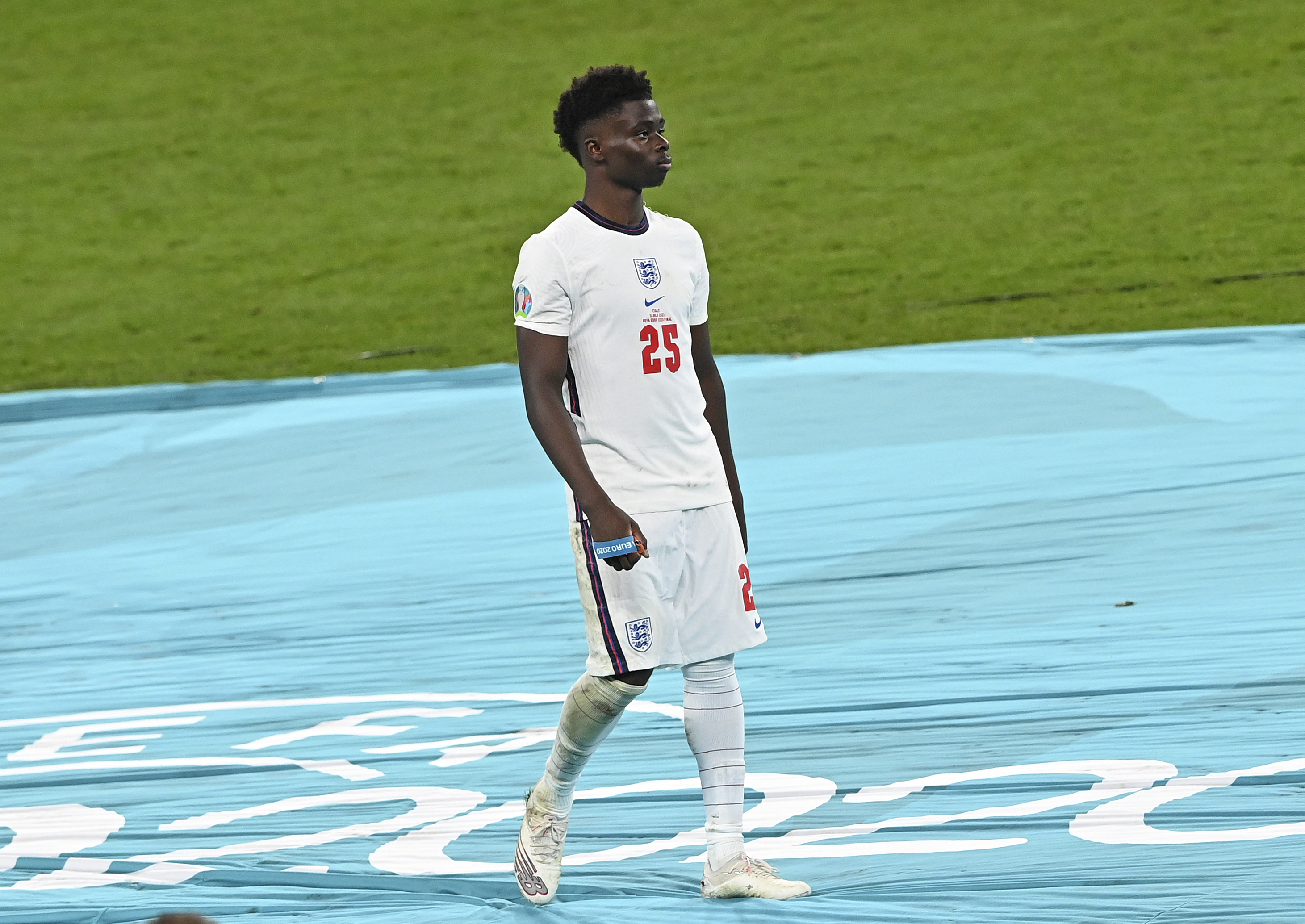 But the brave teenager has released an emotional statement saying he will 'not be broken' – despite admitting he knew he would face a torrent of sick messages as soon as his penalty was kept out.

Saka wrote: "I have stayed away from social media for a few days to spend time with my family and reflect on the last few weeks.

"This message won't do it justice how grateful I am for all the love that I have received, and I feel that I need to thank everyone who has supported me.

"It was an honour to be part of an England squad that leads by example, they are brothers for life and I'm grateful for everything that I have learnt from every one of the players and staff who worked so hard.

"To help that team reach our first final in 55 years, seeing my family in the crowd, knowing what they've given to help me get there, that meant everything to me."

There are no words to tell you how disappointed I was with the result and my penalty.

On his penalty, saved by Gianluigi Donnarumma, Saka continued: "There are no words to tell you how disappointed I was with the result and my penalty.

"I really believed we would win this for you. I'm sorry that we couldn't bring it home for you this year.

"But I promise you that we will give everything we've got to make sure this generation knows how it feels to win.

"My reaction post match said it all, I was hurting so much and I felt like I'd let you all and my England family down, but I can promise you this…

"I will not let that moment or the negativity that I've received this week break me."

Saka continued with thanks to those who supported him during his tough week.

The Arsenal ace wrote: "For those who have campaigned on my behalf and sent me heartfelt letters, wished me and my family well – I'm so thankful.

"This is what football should be about. Passion, people of all races, genders, religions and backgrounds coming together with one shared joy of the rollercoaster of football."

Saka then urged social media companies to act now after he, Jadon Sancho and Marcus Rashford were abused.

His statement continued: "To the social media platforms Instagram, Twitter and Facebook, I don't want any child or adult to have to receive the hateful and hurtful messages that me, Marcus and Jadon have received this week.

"I knew instantly the kind of hate that I was about to receive and that is a sad reality that your powerful platforms are not doing enough to stop these messages.

"There is no place for racism or hate of any kind in football or in any area of society.

"And to the majority of people coming together to call out the people sending these messages, by taking action and reporting these comments to the police and by driving out the hate by being to one another, we will win.

After the wave of horrific abuse, Prime Minister Boris Johnson ordered racists to 'crawl back under their rock', adding: "Shame on you."

A number of trolls have already been arrested, including a football coach, estate agent and 49-year-old Kent man.

PM Johnson has since warned online racists will be banned from football matches after more than a million Brits demanded they be punished. 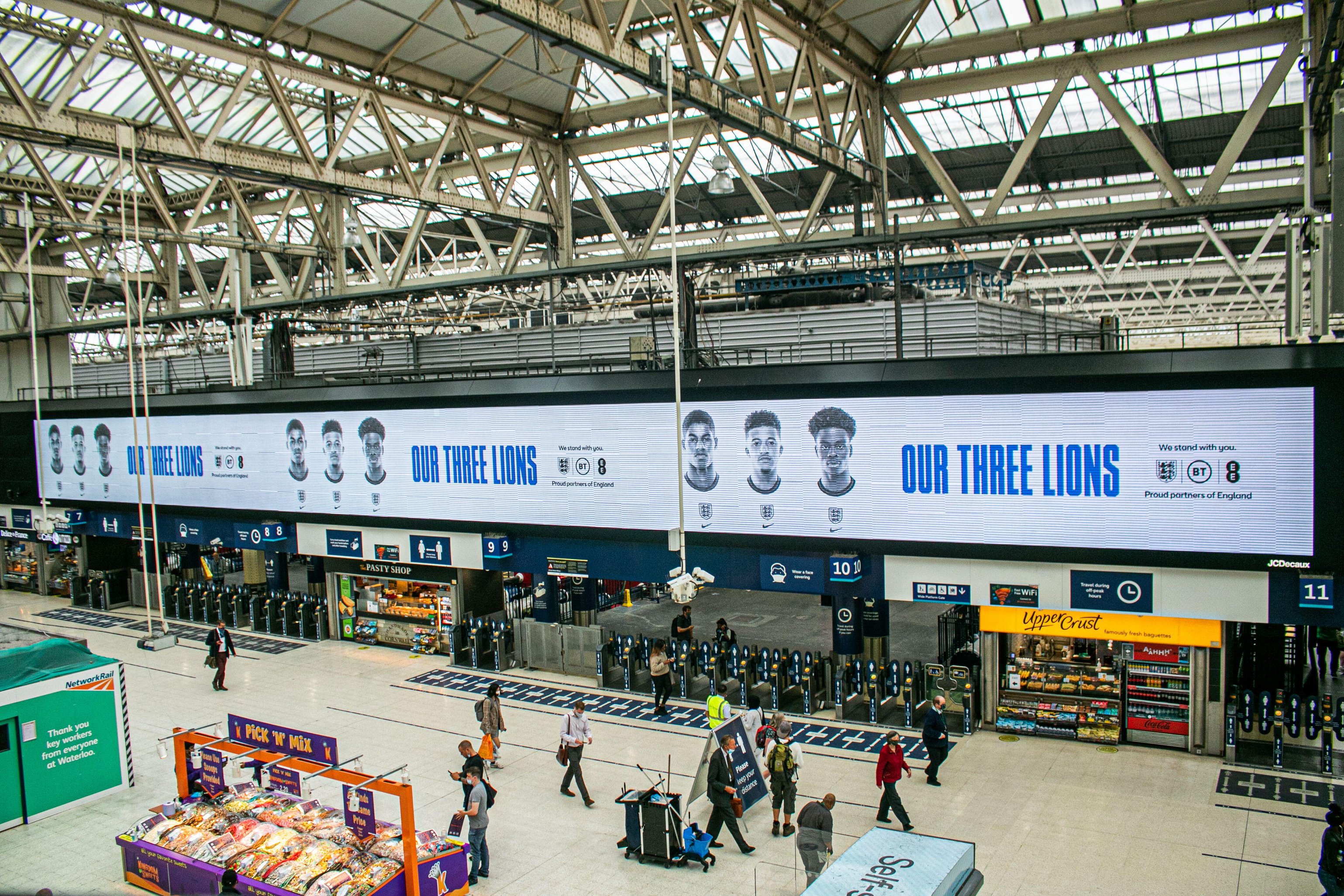