Home » Sport » Calvert-Lewin is Europe's top scorer ahead of Ronaldo, Messi and Lewandowski after lessons learned at Stalybridge Celtic

DOMINIC CALVERT-LEWIN still has the scar under his left eye as a permanent reminder of his introduction to the brutal world of men’s football.

The Everton striker, now 23, was just 20 minutes into his National League North debut for Stalybridge Celtic on Boxing Day 2014 when he was nutted in the face by a Hyde defender. 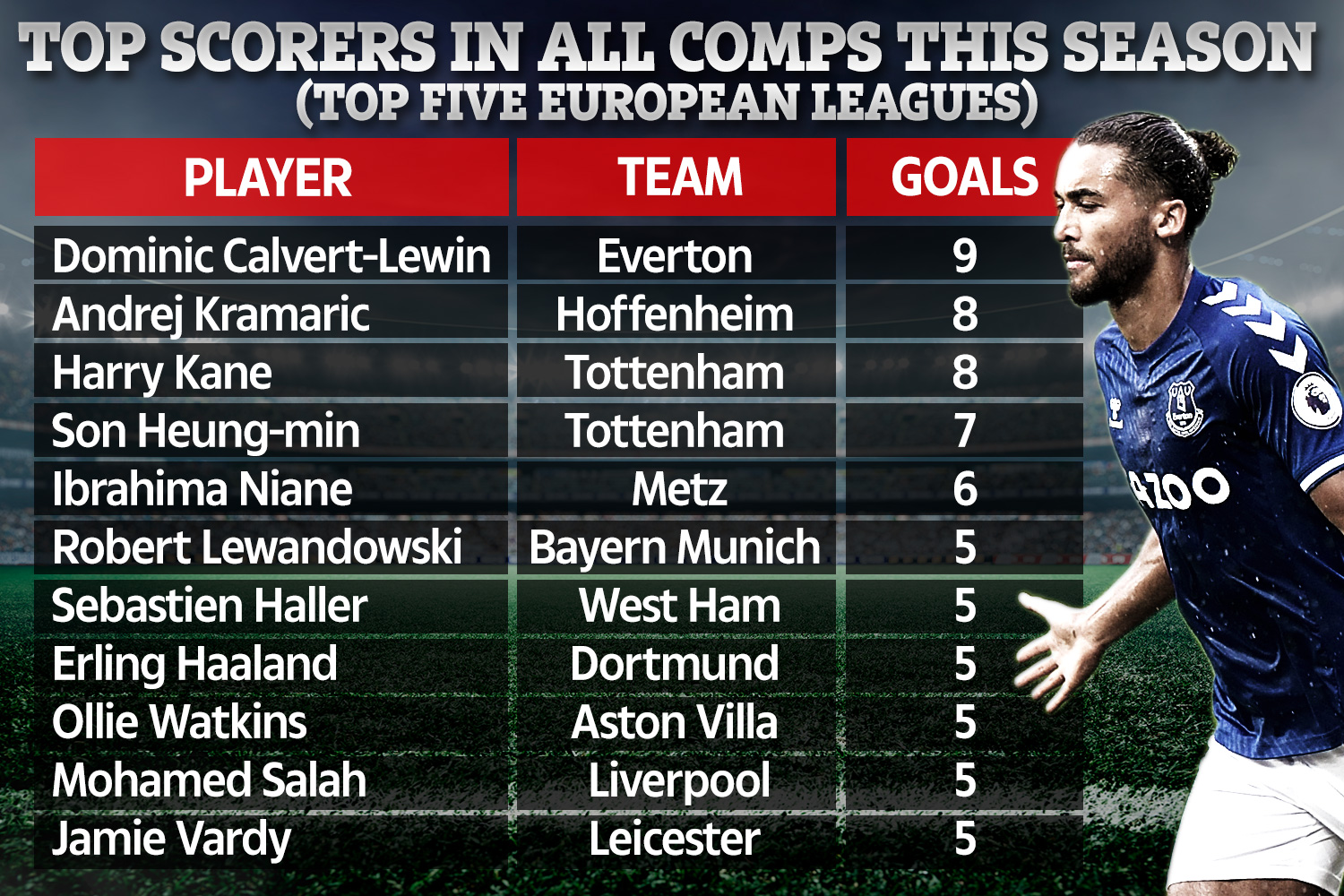 Yet rather than shrinking into his shell, Calvert-Lewin relished the physical battle he found himself pitched into.

And as the in-form star prepares to make his full England debut this week, he still thinks back to that brief spell in non-league on loan from Sheffield United.

He said: “I remember I’ve gone to flick on a throw-in and this defender has just gone ‘bang!’ and headbutted me in the face.

“I played the rest of that game with one eye closed up and I pretty much knew from that moment what was going to be required.

“But that experience was the most I’d ever enjoyed my football up to that point.

“I’ve always relished a physical battle and I actually enjoyed getting beat up because I went on to score two goals that day and it was such a good experience for me.

“It gave me a sense of what it was to play proper men’s football in front of fans and at 17 years old that was definitely what I needed to propel me forward.

“When you’re a scholar at the academy of a professional club everything is quite nice and easy. 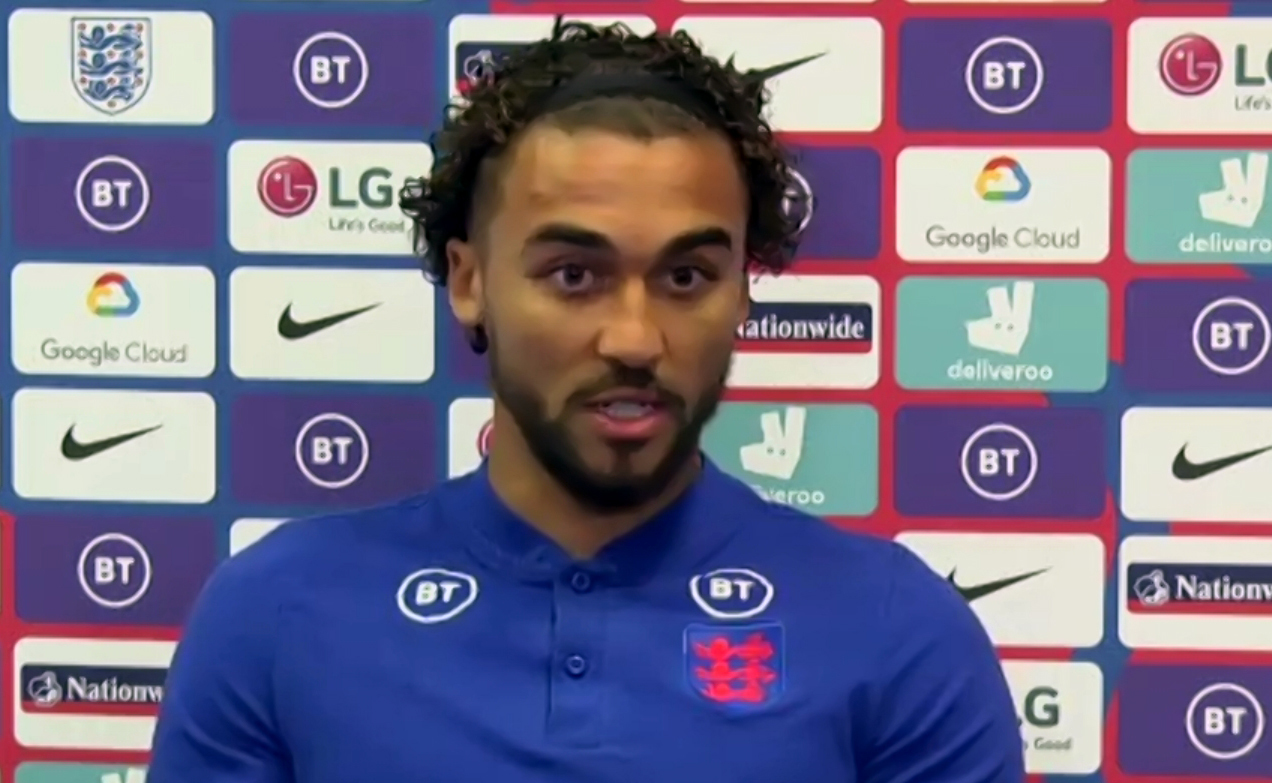 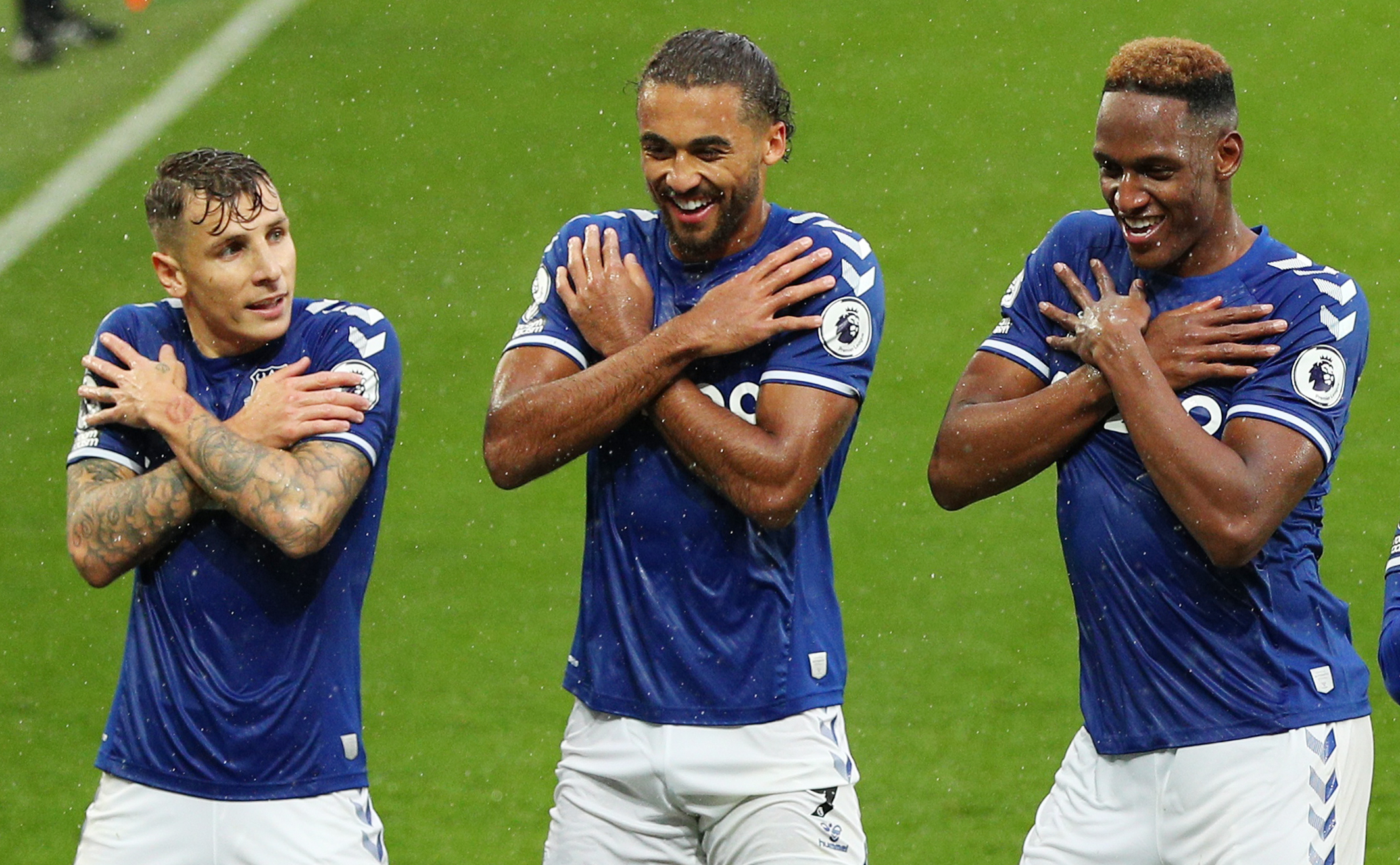 “Then suddenly you’re up against opponents who are playing to put food on the table and you realise it means that much more.

“It was a real eye-opener for me at a young age and a humbling experience.

“I’m glad I went through that because it means I don’t take anything for granted.”

He became the first Toffees player since Dixie Dean to score back-to-back hat-tricks — against West Brom and West Ham — and on Saturday the first since Tommy Lawton to score in the first four league games of the season.

But it is a more recent Goodison great who is his current inspiration —assistant manager Duncan Ferguson.

Calvert-Lewin said: “People have Duncan down as this big angry man but he’s a nice guy when you actually get up close with him.

“In terms of on the pitch, he told me to back myself more, to believe in my strength and stature and maybe be a bit nastier.

Heading is a good weapon to have in my armoury and I enjoy being a presence in the box.

“It’s a confidence thing. When I signed for Everton four years ago I was still learning and when you go under the lights of the Premier League you’re under a lot more scrutiny.

“But once you realise you can do it, you start to do it more consistently and it becomes part of your game, which I think is what has happened with me.”

Another attribute he is working on with Ferguson is his heading ability, as Saturday’s opening goal in the 4-2 win against Brighton showed.

He said: “You could say heading is a dying art in football because a lot of games are now played tiki-taka on the grass.

“But it’s a good weapon to have in my armoury and I enjoy being a presence in the box.

“If you get the cross in there’s always a chance I can head it into the back of the net. We’re always quick to pigeon-hole players and say ‘he’s a targetman’ or a ‘spin-in behind man’.

“But I think I can bring different aspects of the game and heading is one of my strengths.

“If you hang the ball up, there’s a strong chance I’ll win it and that can bring a different outlet to the team and a different way of scoring.” 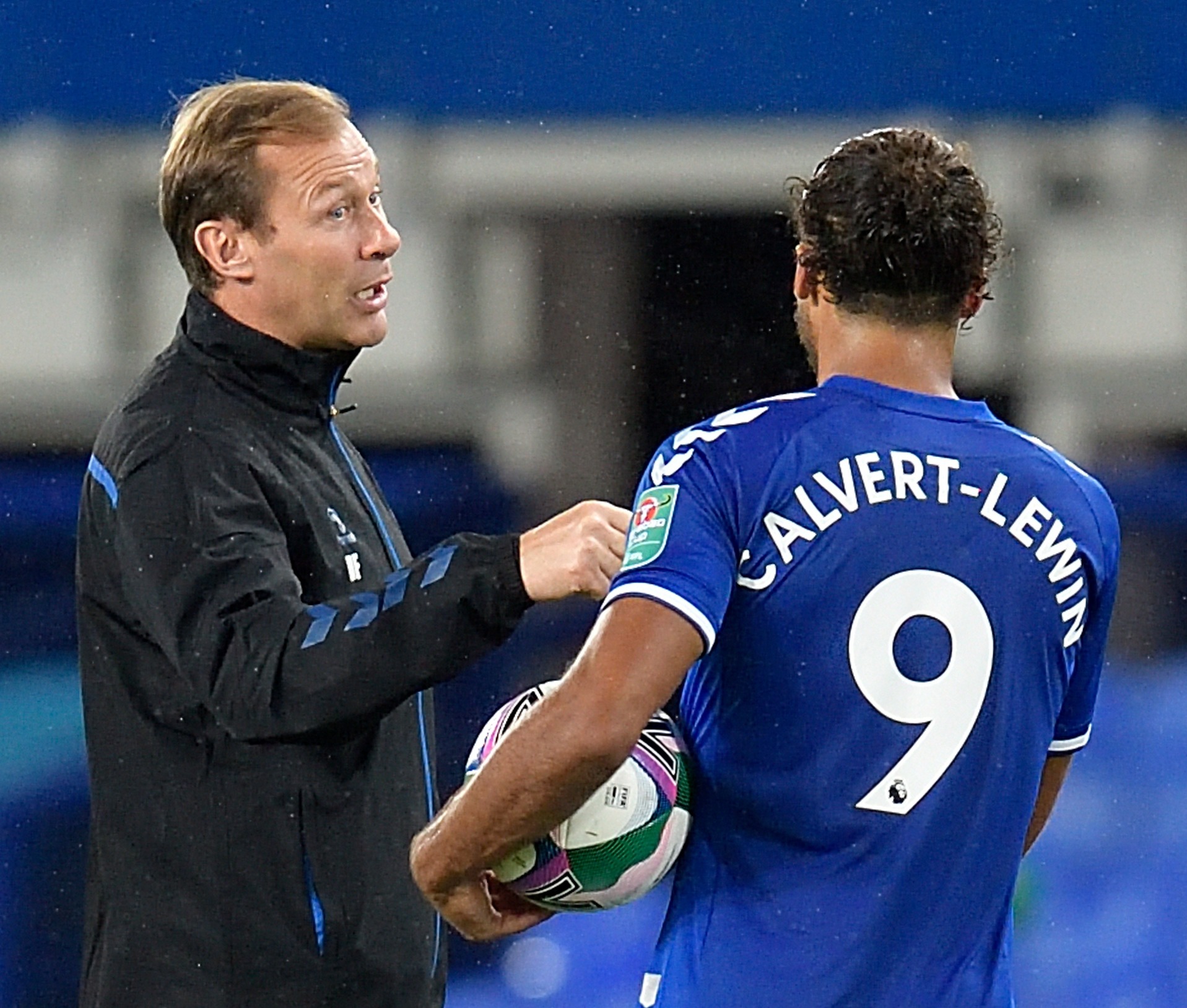 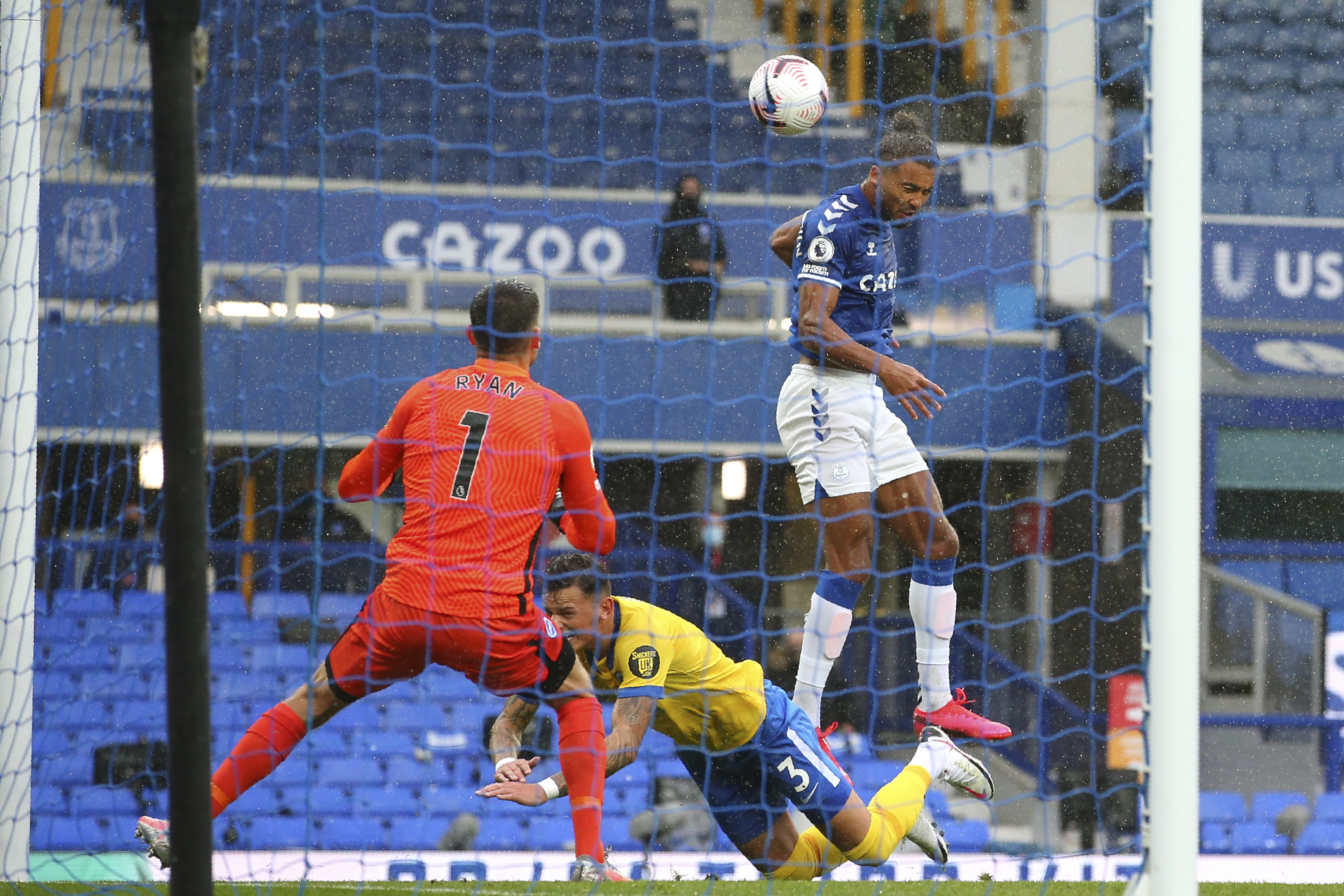 A big turning point in Calvert-Lewin’s Goodison career came at the start of last season when he was given the No 9 shirt, vacated by Spanish flop Sandro Ramirez.

He admitted: “That was a statement of intent for me.

“There have been some exceptional players that have worn the No 9 shirt for Everton and I knew what it meant and what was required of me.

“People were uncertain whether it was the right decision at the time but I’d like to think I’ve proved them wrong and now I wear that shirt with pride.”