CHELSEA landed a favourable Champions League quarter-final draw as they were paired with Porto.

The Blues have reached the last-eight for the first time in seven years. 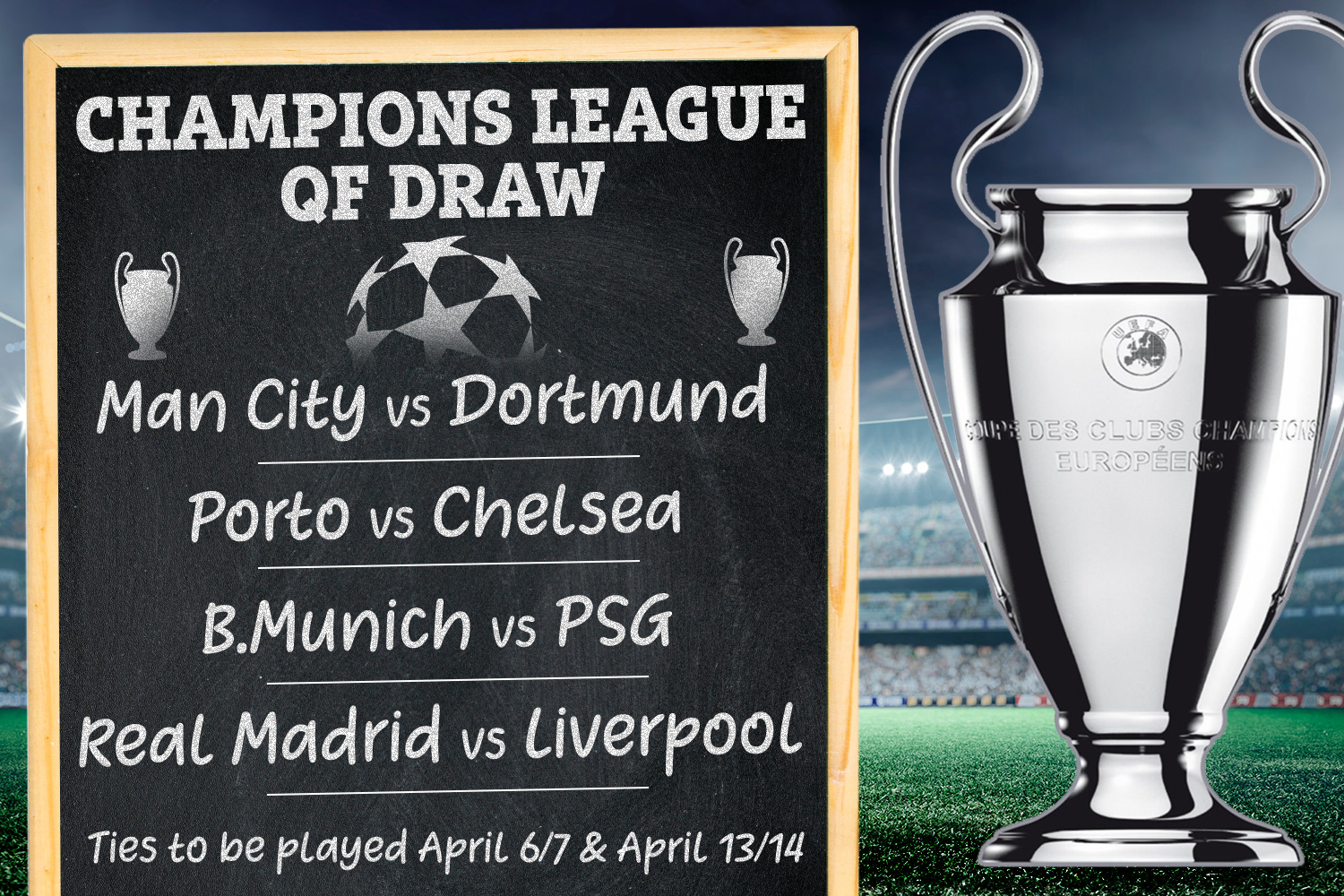 And their route to the semis has been made all the more comfortable after drawing surprise package Porto.

The Portuguese side shocked Cristiano Ronaldo's Juventus, winning on away goals in a thrilling tie to book their quarter-final place.

Elsewhere, Manchester City will take on Borussia Dortmund in a tasty-looking tie, which includes the return of Jadon Sancho to the Etihad.

In the final of the four games Liverpool, the 2019-20 champions, will face 13-time winners Real Madrid in a horror draw.

Crucially for English teams, they were kept apart in the draw meaning there is the chance all THREE could make it to the semis.

The first-leg of the quarter-finals will be played on April 6 and 7, with the return legs a week later on April 13 and 14.

The draw for the semi-finals was also conducted on Friday morning.

Bayern Munich or PSG vs Man City vs Borussia Dortmund

Real Madrid or Liverpool vs Porto vs Chelsea

And Chelsea – should they beat Porto – will play either Liverpool or Real Madrid.

The Blues famously played the Reds in 2004-05 semis – where Luis Garcia's ghost goal sent Rafa Benitez's side to the final in Istanbul, also the host of the 2020-21 tournament.

In the other semi-final, the winner of Man City vs Dortmund will face one of Bayern or PSG.

Chelsea haven't reached the quarter-finals of the Champions League since the 2013-14 season.

That year, the Blues beat PSG in a thrilling tie to reach the semis.

Having lost the first-leg 3-1 in Paris, Chelsea won 2-0 thanks to a last-gasp winner from Demba Ba.

After the scrambled goal, then-boss Jose Mourinho charged up the touchline to celebrate with his squad.

However, Atletico beat Chelsea in the semi-final to set-up an all-Madrid final.

Gareth Bale, Marcelo and Cristiano Ronaldo all scored in extra-time as Los Blancos lifted yet another title.