CHELSEA star Sam Kerr has brutally shutdown an Arsenal fan claiming she is "jealous" of the Gunners and that she should have joined them over the Blues.

The Australian strike sensation, 27, coolly hit back at the North London supporter, given that Chelsea pipped Arsenal for the title last term. 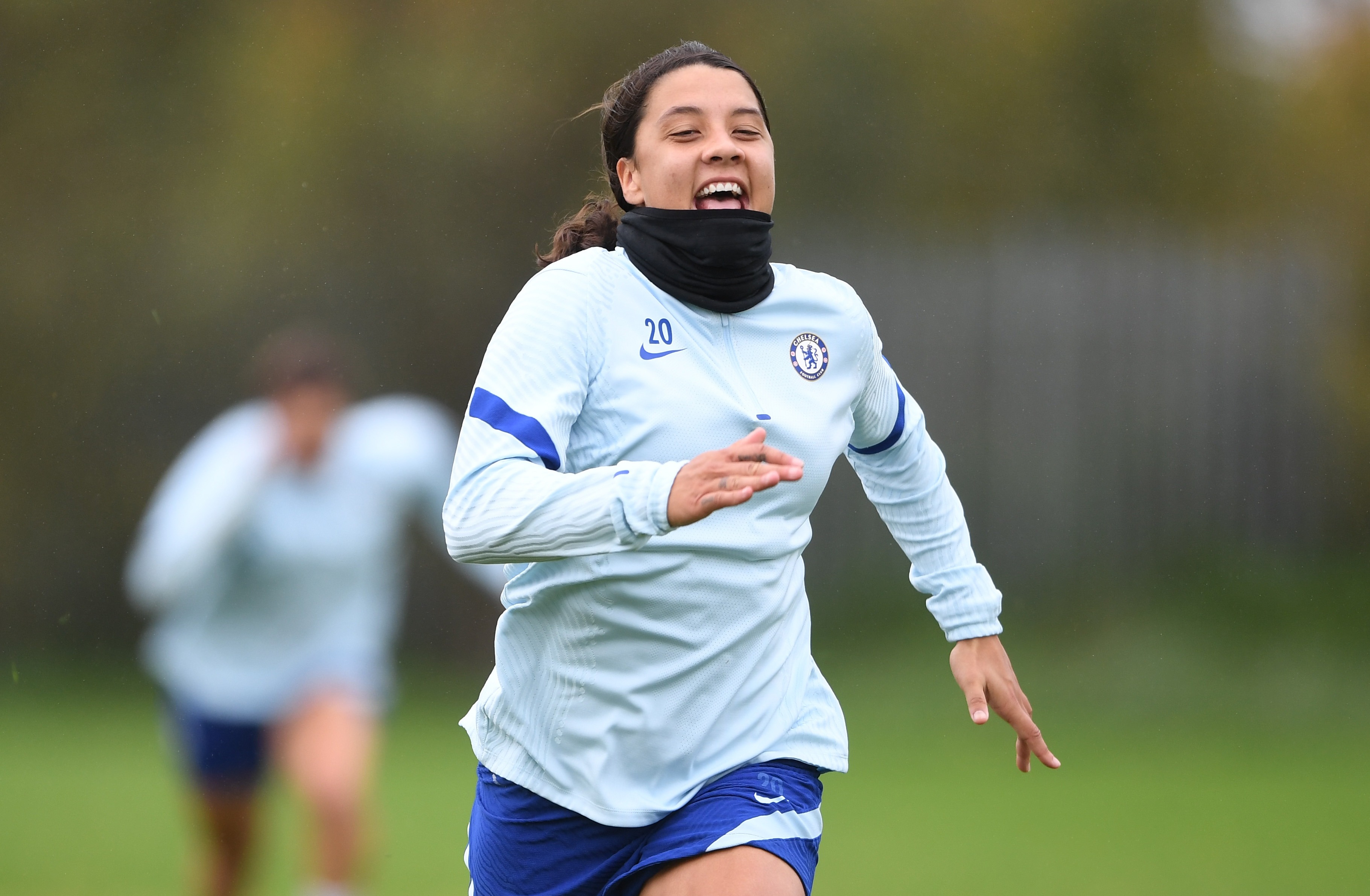 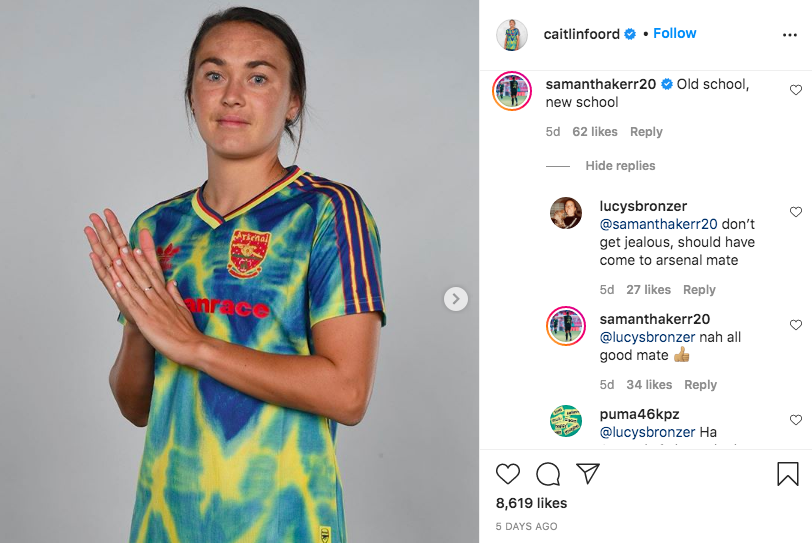 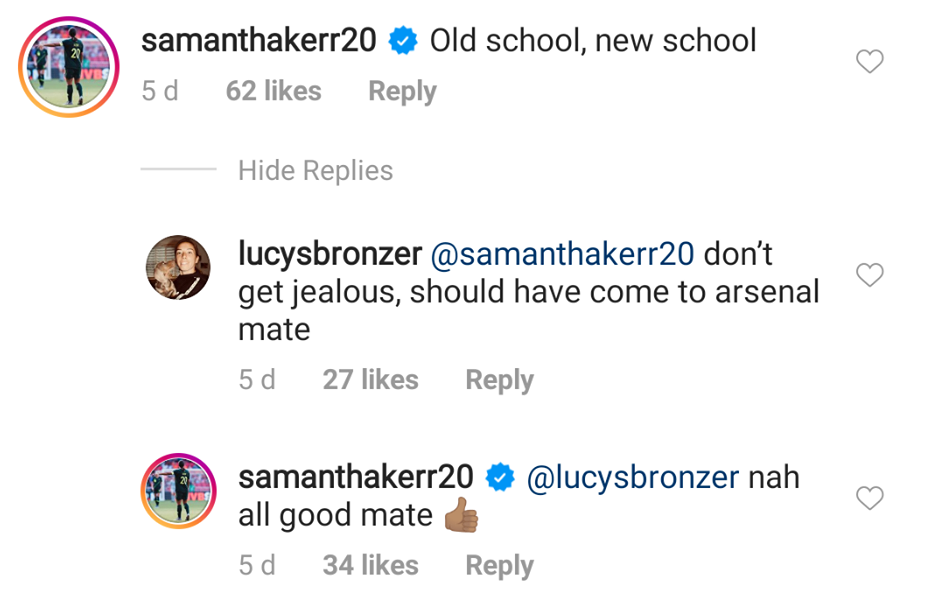 The Chelsea star has been in scintillating form this term, already hitting three goals in just four WSL games.

And according to a recent exchange on the Instagram of her Australia teammate, Caitlin Foord, she takes no prisoners off the pitch either.

Gunners forward Foord, who arrived in North London in January, took to social media to post a snap of Arsenal's collab with Adidas and Pharell Williams on the launch of a new kit.

The shirt is in homage to Arsenal's famous bruised banana away shirt, worn for two years between 1991-93 by the likes of Ian Wright.

Kerr commented on the snap, saying: "Old school, new school", to which a Gunners fan replied: "Don't get jealous, should have come to Arsenal mate."

But the Blues striker savagely KO'd the fan in just seconds, saying: "Nah all good mate" with a cheeky thumbs up emoji.

Kerr arrived in West London as part of a high-profile switch from Chicago Red Stars, in November last year.

The Perth-born ace’s two-year deal in West London is said to be worth nearly £1million – making her one of the highest earners in the women’s game.

It's no surprise that she has no regrets in regard to her transfer, given that the Blues went on to win the league in her first season at the club.

The high-flying West Londoners also equalled their longest ever unbeaten run of 25 top-flight games in a 3-1 blast of Manchester City in the league last time out – with Kerr finding the net.

Emma Hayes' side also put City to the sword in the Community Shield at Wembley ahead of this term.

The Aussie ace revealed in an exclusive interview with SunSport that she quit "hostile" social media during that time.