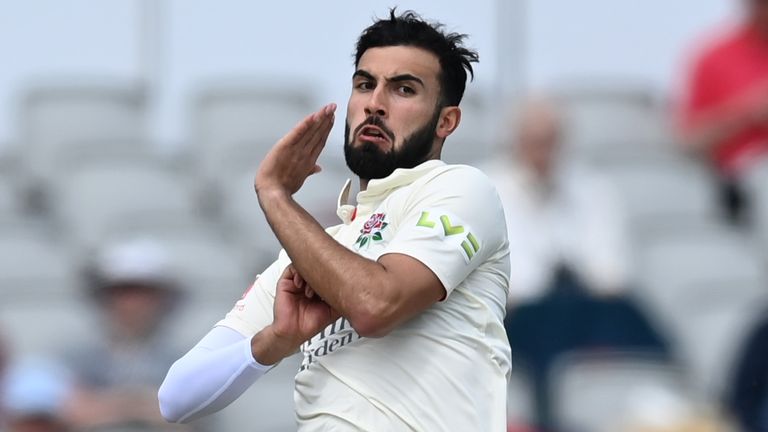 Saqib Mahmood claimed his maiden first-class five-wicket haul and Matt Parkinson struck three times as Lancashire won a Roses LV= Insurance County Championship match at Emirates Old Trafford for the first time in 21 years and first on any ground since 2011.

Seamer Mahmood (5-47) claimed two early wickets – bowling Will Fraine (6) and nightwatchman Steve Patterson (8) with high-quality deliveries – as Yorkshire slipped to 92-4, still 258 runs behind, but the visitors resisted until deep into a thrilling evening session in Manchester.

Mahmood returned to strike twice more before Parkinson (3-61) claimed the winning wicket when he had Dom Bess (46) caught at slip with 40 balls remaining in the match, with Yorkshire losing their final three wickets with the score on 271. Lancs vs Yorks scorecard

Lancashire get the early strike they were after in #LANvYOR

Lancashire’s win by an innings and 79 runs keeps them top of Group 3 and ensures they have the only unbeaten record in county cricket this term after four wins in seven games.

Dane Vilas’ men are 24 points clear of second-placed Yorkshire, for whom Harry Brook (52) top-scored on the final day at Emirates Old Trafford before he was pinned lbw by Parkinson.

Yorkshire wicketkeeper Harry Duke followed his first-innings 52 with a battling 29 from 88 balls and shared a 58-run stand with Bess for the seventh wicket before he was bowled by Luke Wood.

Jordan Thompson (14) then added 33 with Bess for the eighth wicket to keep Yorkshire’s hopes of a draw alive, only for Mahmood to have Thompson and Ben Coad (0) caught behind and Parkinson to then remove fellow spinner Bess to spark wild celebrations for the home side.

Also in Group 3, Northants took just 65 minutes to complete a seven-wicket victory over Sussex at Hove, sealing a double over their opponents having won by an innings and 120 runs at home earlier this month.

Northants resumed on 131-2, requiring another 87 runs for victory, and achieved their target for the loss of only Luke Procter (51), who was caught off Jamie Atkins in the slip cordon. Sussex vs Northants scorecard

Rob Keogh ended unbeaten on 60 from 112 balls, while Saif Zaib hit a brisk 47 not out from 43, including two sixes and five fours.

That's the 50 partnership between him and Keogh.

Northants’ third win of the campaign maintained their hopes of a top-two finish – they are third, two points behind Yorkshire – but Sussex’s chances are remote, having managed just one win in seven this campaign.

In Group 2, meanwhile, Surrey have top-two ambitions after wrapping up an innings-and-47-run victory over table-toppers Gloucestershire. 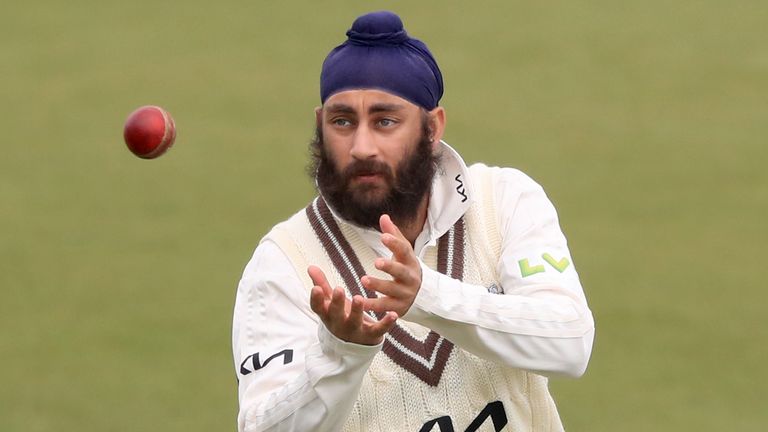 Moriarty took eight wickets in the game, six of them in the first innings as he claimed a fourth five-wicket haul in just three first-class games.

Also in Group 2, Leicestershire secured their first win of the season as Australia batsman Marcus Harris’ 185 saw the Foxes chase down 378 to pull off a remarkable five-wicket victory over Middlesex.

Leicestershire had been 159 in arrears on first innings after being bowled out for 136 but Harris and skipper Colin Ackerman, who made an unbeaten 126, shared a stand of 243 for the third wicket as Middlesex slipped to a sixth defeat, leaving them bottom of Group 2. Leics vs Middlesex scorecard

The home side suffered a few jitters, losing 3-29 once Harris was dismissed, but Ackermann hit the winning runs – having been dropped by Martin Andersson on 103 with 37 runs still required – as Leicestershire completed the third-highest successful fourth-innings run chase in their history.

Nottinghamshire were set a victory target of 309 in 74 overs but succumbed to 138 all out in 65.3 overs as spinner Danny Briggs followed his half-century with the bat by taking 4-36.

At 89-5, Notts had no choice but to abandon their quest for a fourth successive victory and they could not battle to a draw either as Briggs bowled beautifully.

The former Hampshire and Sussex man had post-tea figures of 10-10-0-2 when he had Zak Chappell caught at silly point, while he also claimed the match-winning wicket by bowling Luke Fletcher (1).

The Bears are third in Group 1, seven points behind leaders Essex and just two behind second-placed Notts, with both Warwickshire and Notts having a game in hand on Essex.

Fourth-placed Worcestershire – who are six points behind Warwickshire – secured their first victory of the season at the eighth attempt with a thumping innings-and-23-run win over Derbyshire at New Road.

Derbyshire, who resumed on 112-6, lost their last four wickets for 16 runs in 8.2 overs as they were dismissed for 128, with Worcestershire fast bowler Dillon Pennington (5-32) bagging his maiden five-wicket haul having taken 4-44 in Derbyshire’s first innings of 270 all out Worcs vs Derbys scorecard

Derbyshire are rooted to the bottom of Group 1 with no wins in seven, having lost heavily in their last three outing after starting the campaign with four successive draws.

Watch England’s first Test of the summer live on Sky Sports Cricket from 10am on Wednesday as Joe Root’s men face New Zealand at Lord’s.