CRISTIANO RONALDO has been pictured in training with a black eye and a cut to the face after sustaining an injury in his previous game. 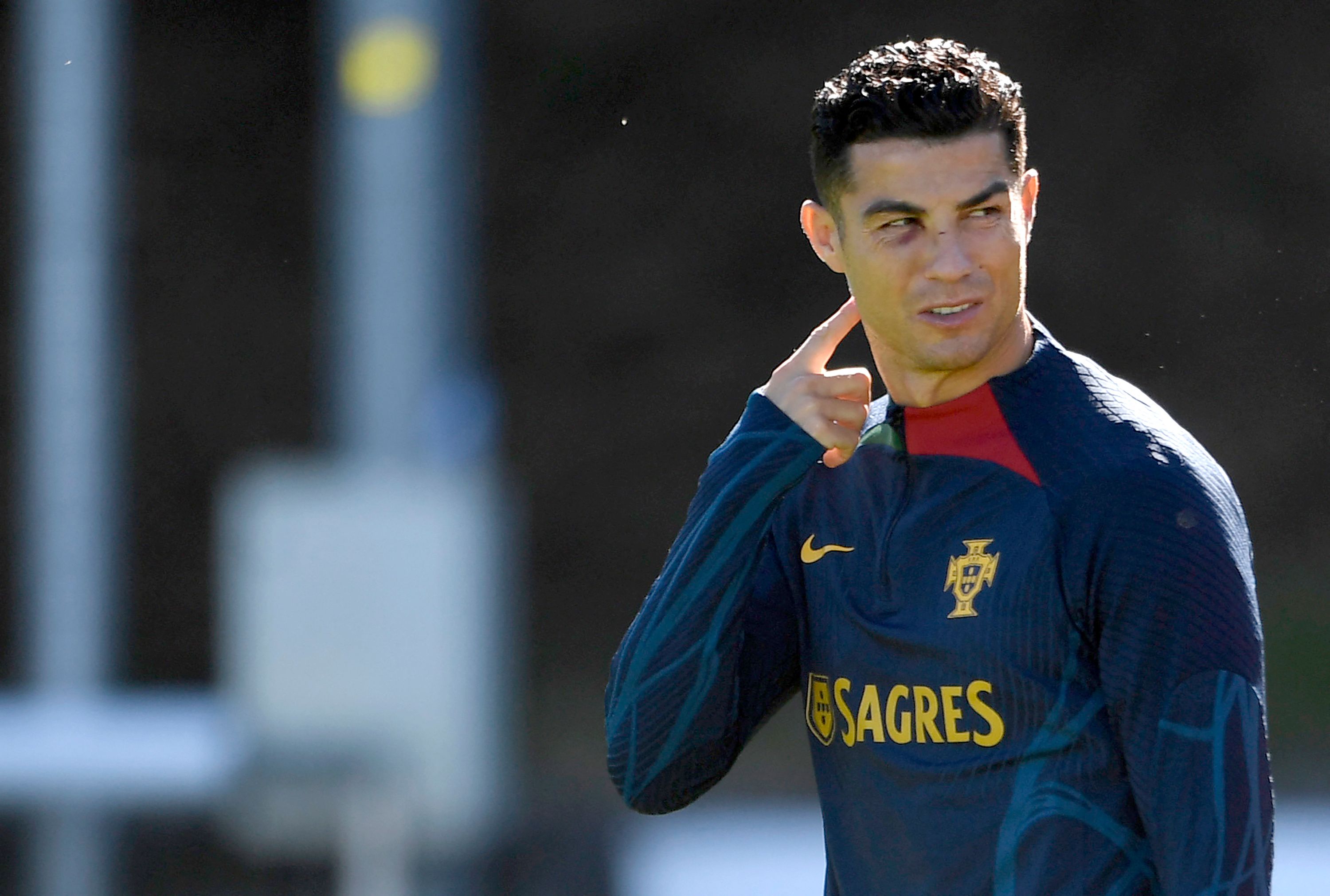 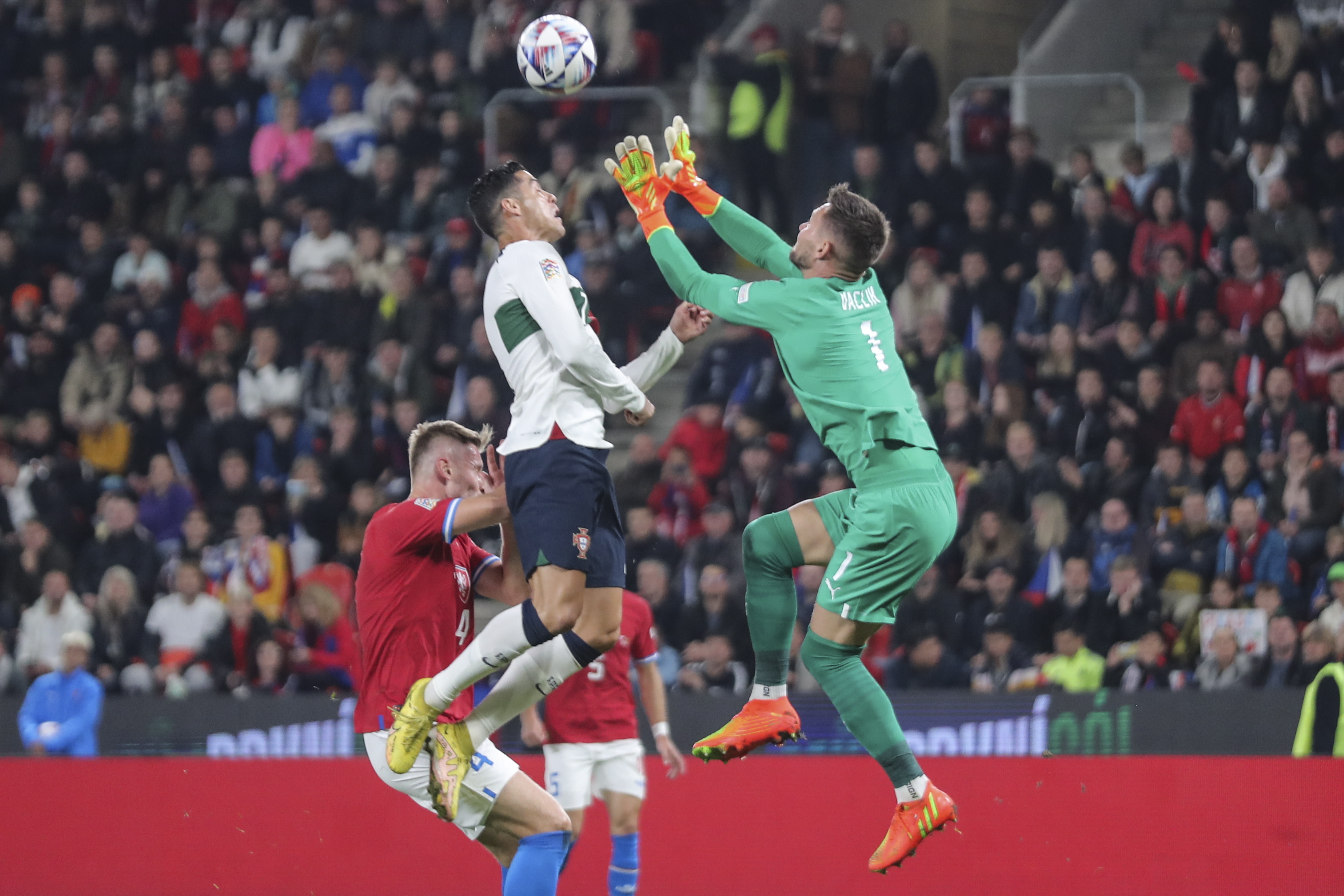 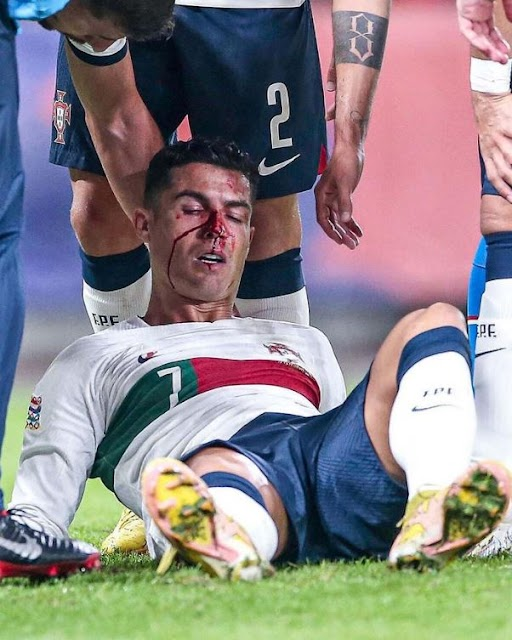 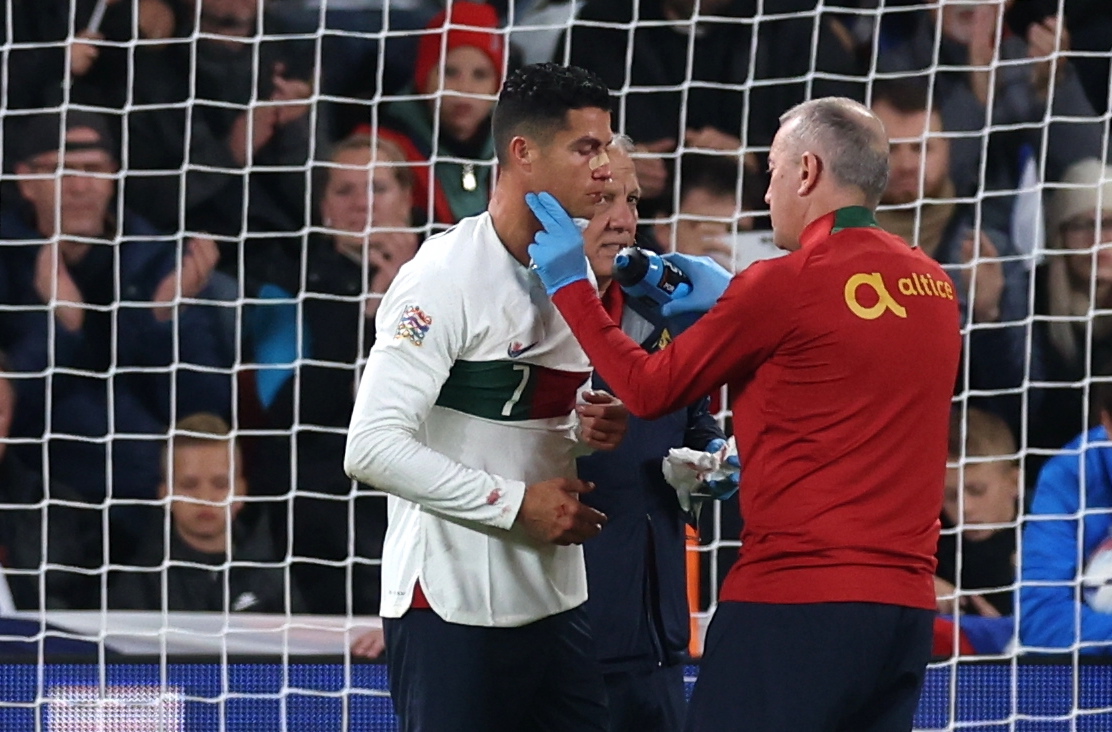 Both went for an aerial ball and the Olympiakos stopper's arms smashed CR7 in the face leaving him on the floor needing medial attention.

He did eventually get back up and played the rest of the game with a plaster on his nose.

Portugal went on to win the game 0-4 but the Ronaldo did not score and gave away a penalty that was missed by Patrik Schick.

Next up they face Spain next in the Nations League. 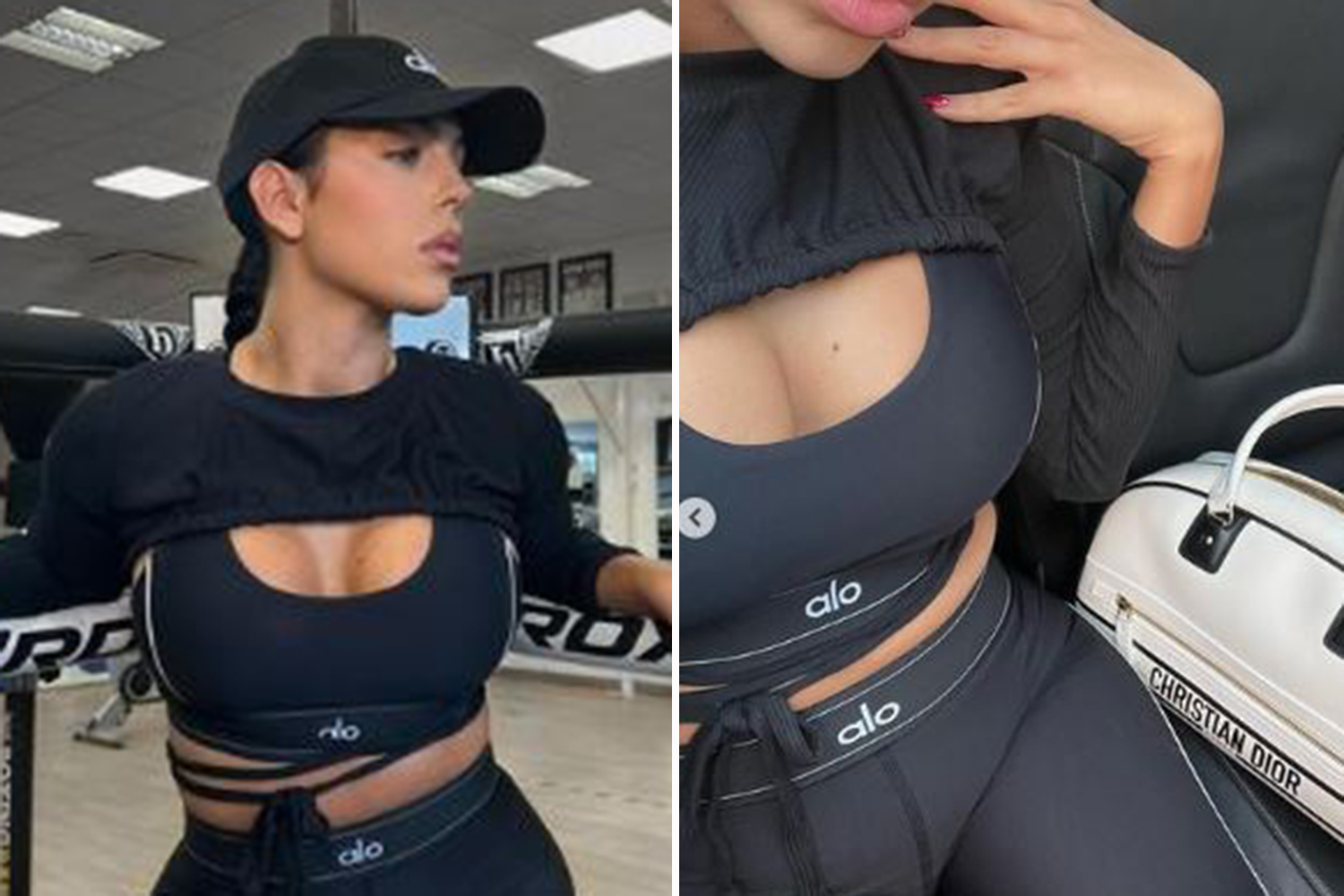 Despite his injury, Ronaldo still trained with the squad and is expected to lead the line in his nation's last match before the World Cup.

Portugal need to avoid defeat to confirm top spot and make it through to the Nations League finals.

They won the inaugural tournament back in 2019 and are in a promising position to do so again.

Of course, Ronaldo's sights will remain firmly on the World Cup – in which could be his last.

But the ever motivated legend still has his eyes set on playing in Euro 2024.

Fernando Santos' men are in a group with Ghana, Uruguay and South Korea at the World Cup.