DANIEL DUBOIS is set to be out of action for at least five months following his defeat to Joe Joyce.

The 23-year-old suffered a cracked eye socket and a bleed on the retina before he was rushed to hospital. 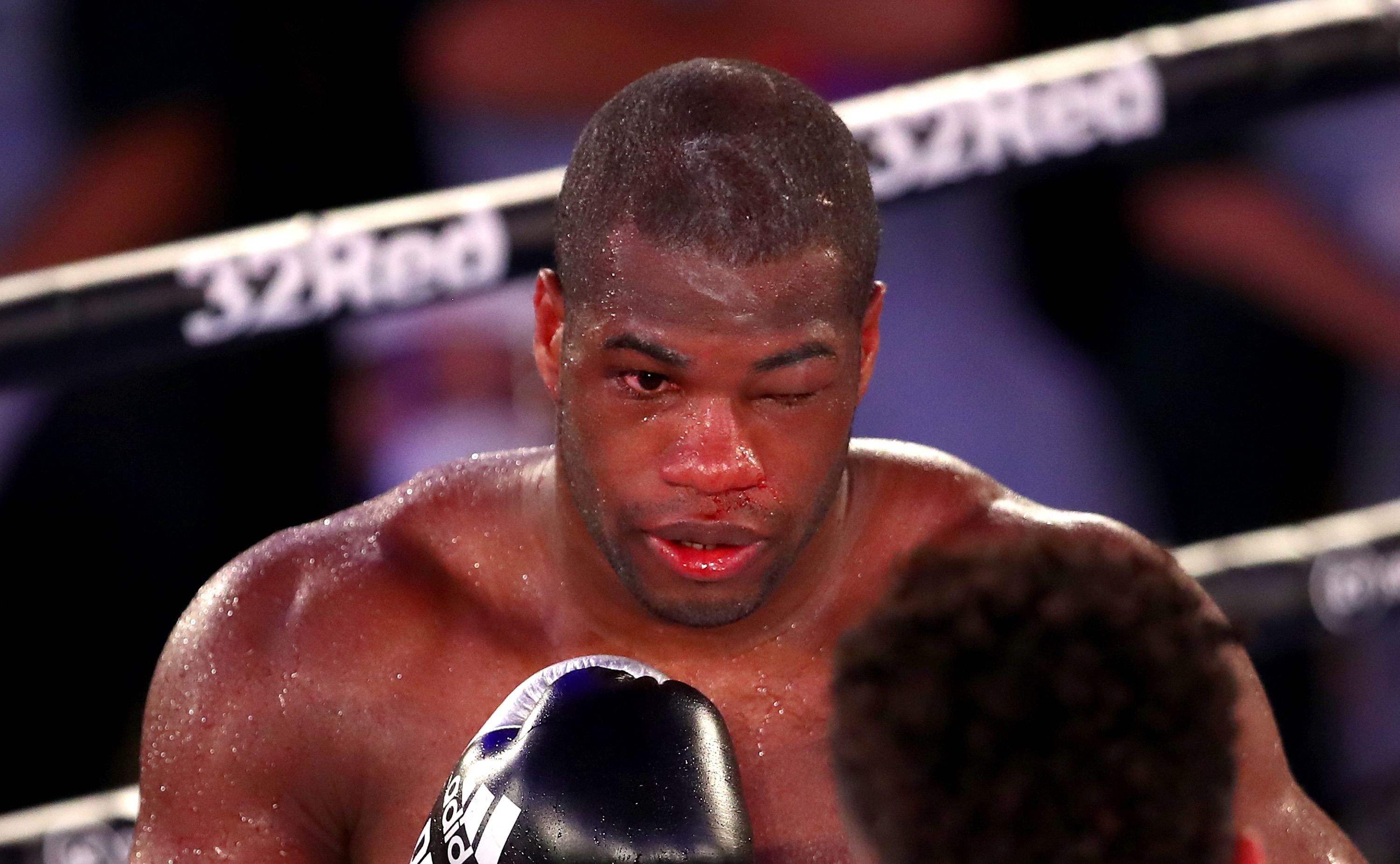 Dubois could not continue after Joyce landed a heavy jab on his eye in the 10th round.

Dillian Whyte labelled the heavyweight a 'coward' for 'quitting' during the bout.

But doctors have now claimed that Dubois might have gone blind if he had fought on.

He could still need to have an operation and a titanium plate put in to aid his recovery.

The injury was too swollen on Monday for the medical staff at the surgery to make a decision.

Dubois will have to return to a specialist once the swelling has gone down for further checks.

Top surgeon Ricardo Mohammed-Ali insisted Dubois was right to stop as his eye could have dropped into his sinus.

But Chris Eubank Jr claimed he was 'disgusted' by the 23-year-old's decision to stop the fight.

But Olympic middleweight bronze medallist Anthony Ogogo, who was blinded in one eye after doing six rounds with a busted eye socket in 2016, leapt to Dubois’ defence.

His promoter Frank Warren said: “The last punch he took caught a nerve and it shot through him.”