With his quick thinking, the Russian star, 23, managed to stop himself from launching an X-rated tirade during the fifth set of his third-round defeat to David Goffin. 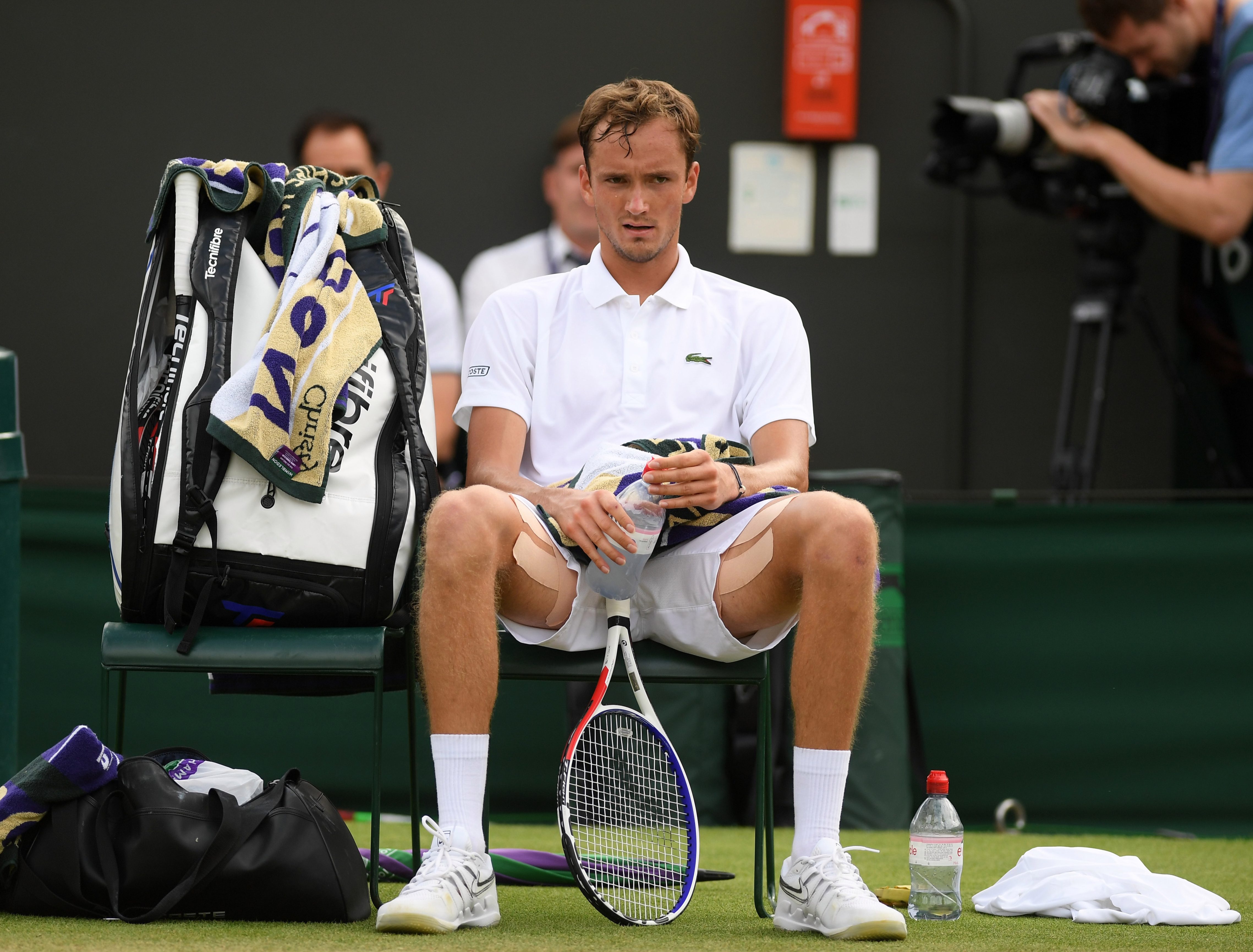 Leading 4-2 in the decider, Medvedev was serving at 30-40 as Goffin tried to break back.

He hit his first serve down the T but it was called out by the line judge.

Chair umpire for the match on Court No2, Pierre Bacchi, overruled the decision, with his correction claiming the ball was in.

Goffin immediately challenged and HawkEye proved the serve was indeed well out.

A surprised Bacchi raised his eyebrows and shook his head in disbelief.

Medvedev then sent the second serve flying well out to gift Goffin the break and the springboard to go on and claim the win.

The 11th seed Russian gave a thumbs up as he walked back to his chair – seemingly to the line judge who got the call right.

But as he took his seat, he started moaning about Bacchi, venting his anger in the direction of a suited man sat courtside, rather than directly at the chair umpire.

Medvedev then blasted: "You are nobody. I want to say more but I will get fined of course. Can I swear at you? No, no. I will get a fine."

Then after a brief pause, he had the presence of mind to prevent using an expletive.

"Why are you sitting there? Never in the history of tennis have you overruled something. What are you doing?"

Meanwhile, Bacchi sat in his chair, unmoved, with his arms crossed before calling time.

While the red mist descended for Medvedev, Goffin kept his composure to hold serve and level the set at 4-4.

But the Russian lost his cool and lashed out by whacking his racquet against the curtain at the back of the court and argued again with Bacchi following another double fault. 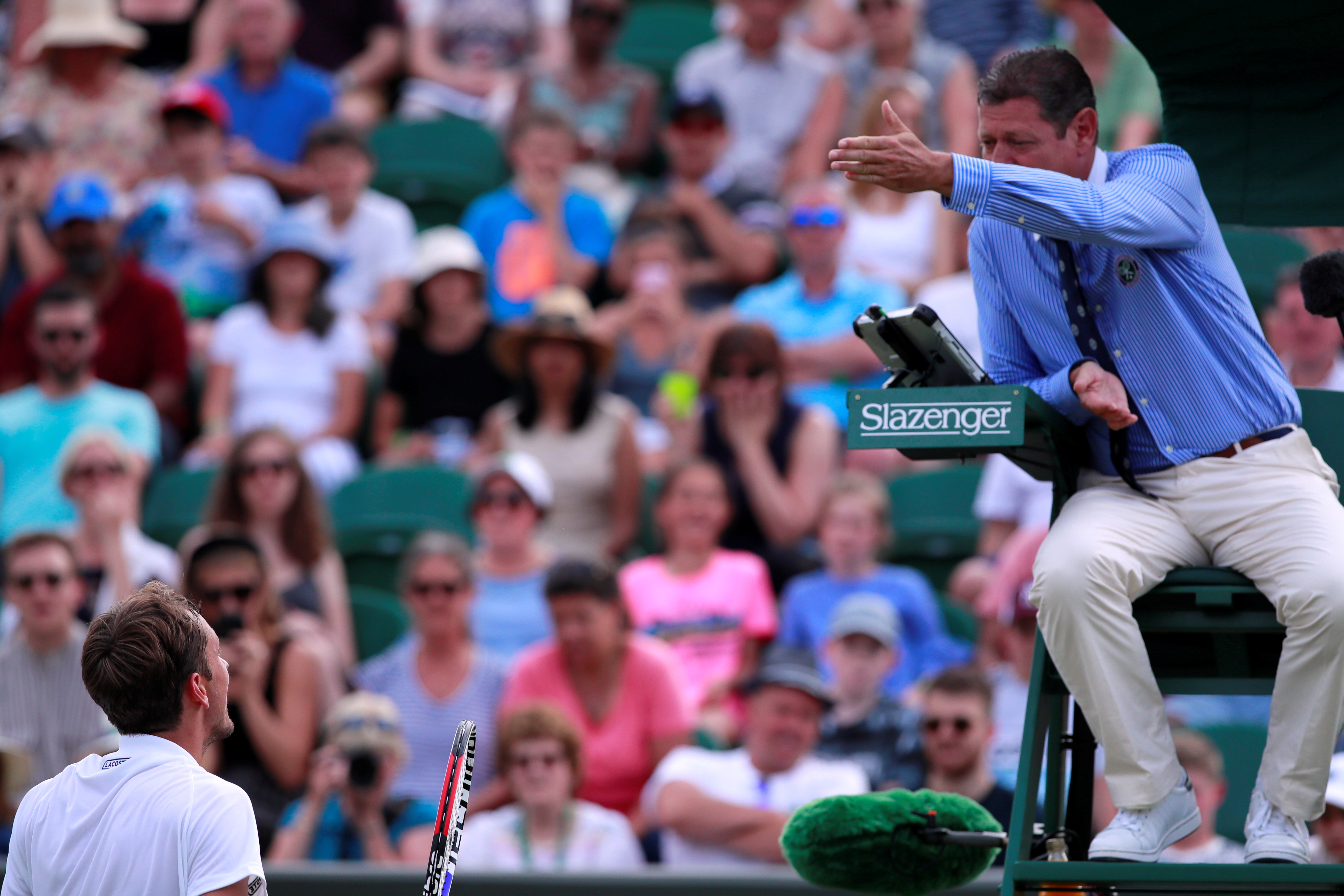 The Belgian 21st seed then broke at 5-5 before serving out the match in dramatic fashion.

At 30-40, he got lucky with a let cord and secured the win with a stunning forehand winner off a Medvedev smash followed by a clean backhand winner up the line.

He will face Kyle Edmund's conqueror Fernando Verdasco with the winner expected to face Novak Djokovic in the Wimbledon quarter-finals. 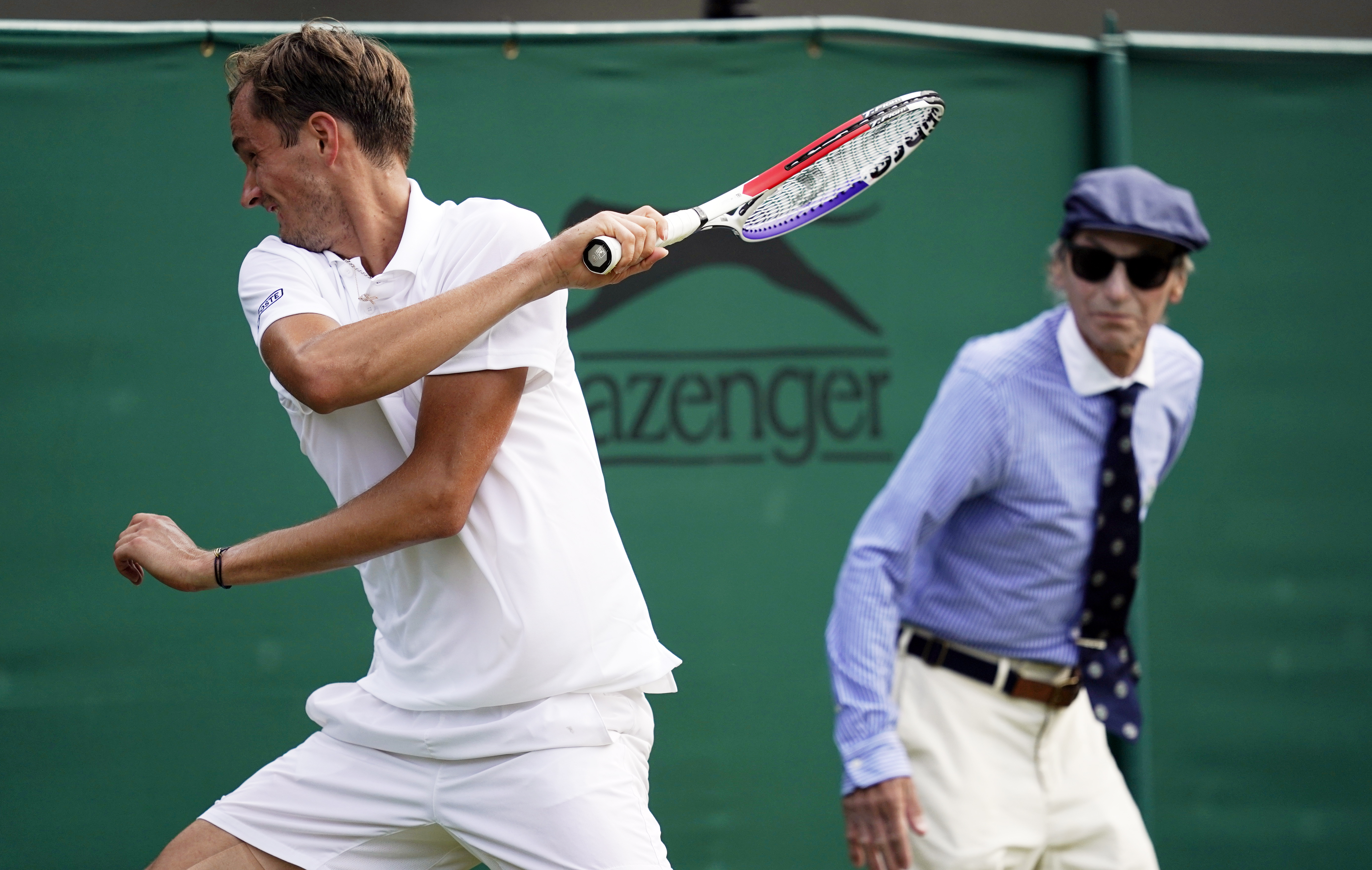