FORMER heavyweight champion David Haye is adamant he would have got the better of Tyson Fury had their 2013 meeting not fallen through.

A cut in his final sparring session scuppered Haye's domestic dust-up with The Gypsy King in September 2013. 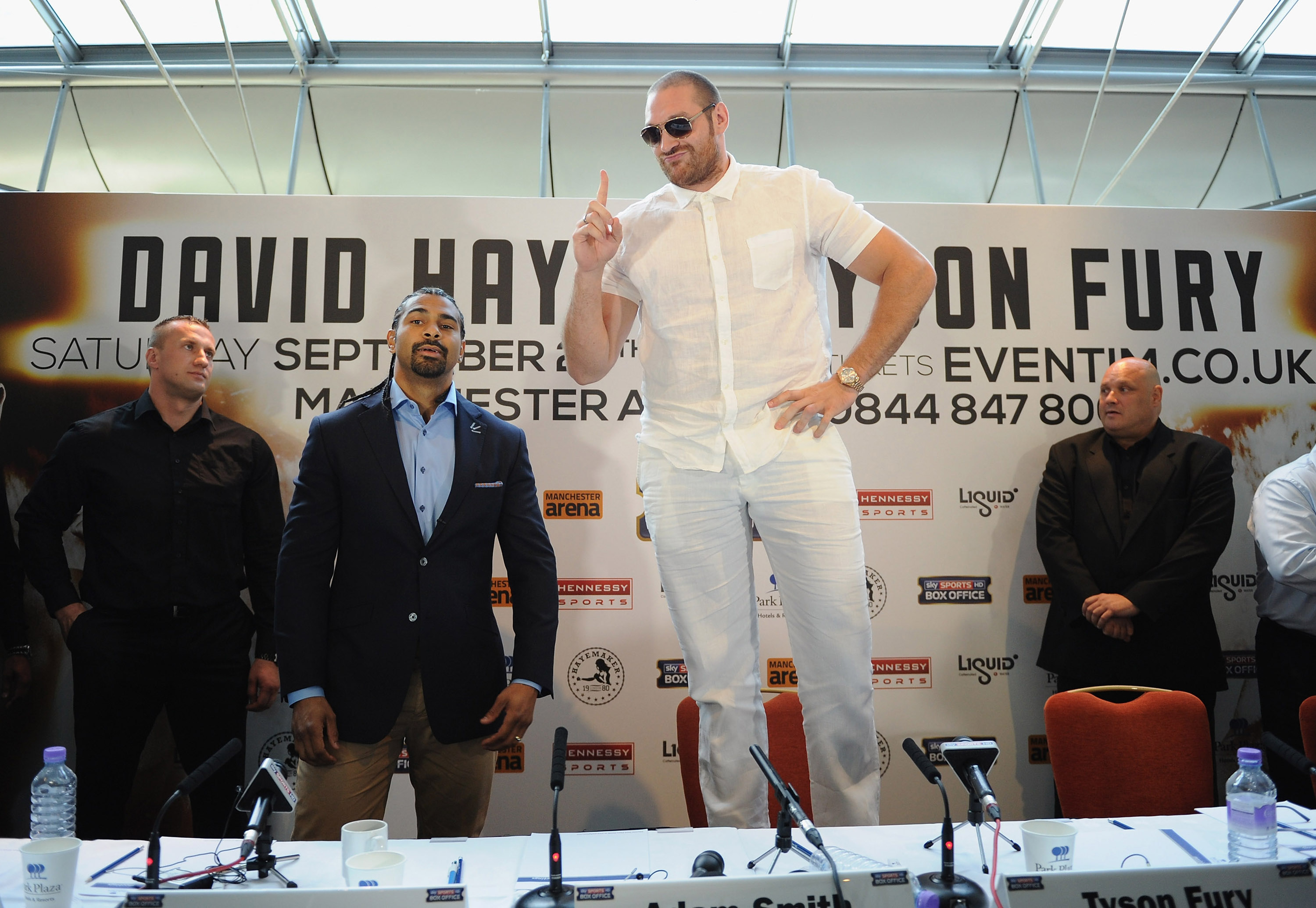 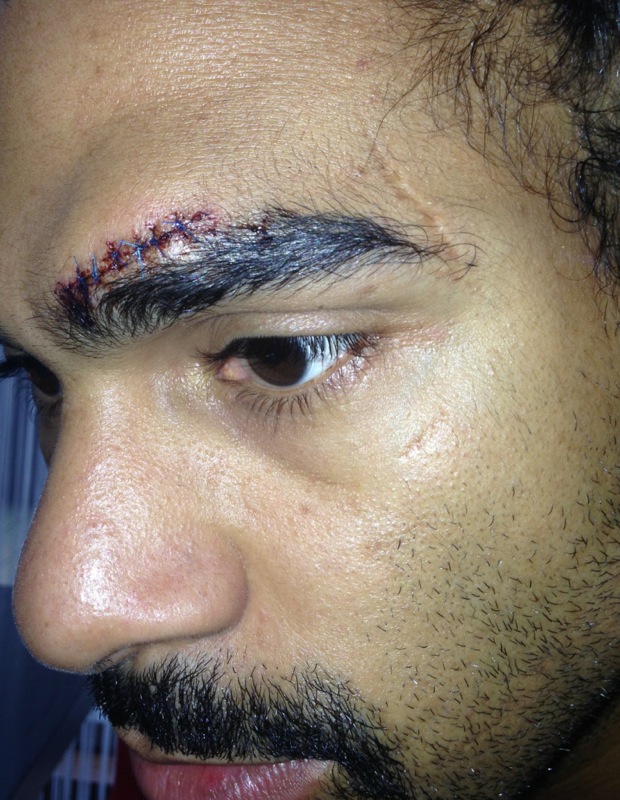 The fight was rescheduled for the following February but Haye was forced to withdraw from the contest due to a shoulder injury, much to the frustration of Fury.

Although he never ended up sharing the ring with Fury, Haye firmly believes he would've put a beating on the current WBC king.

When asked how he would've dealt with Fury, Haye told Sky Sports: "Using my speed, using my punch power."

Haye reckons the then 24-year-old Fury would've floundered under the big lights.

He continued: "Back then in 2013, I believe it was, Tyson Fury wasn't the fighter he is today.

"He was very young, he was very inexperienced. He wasn't as teak-tough as he is now. 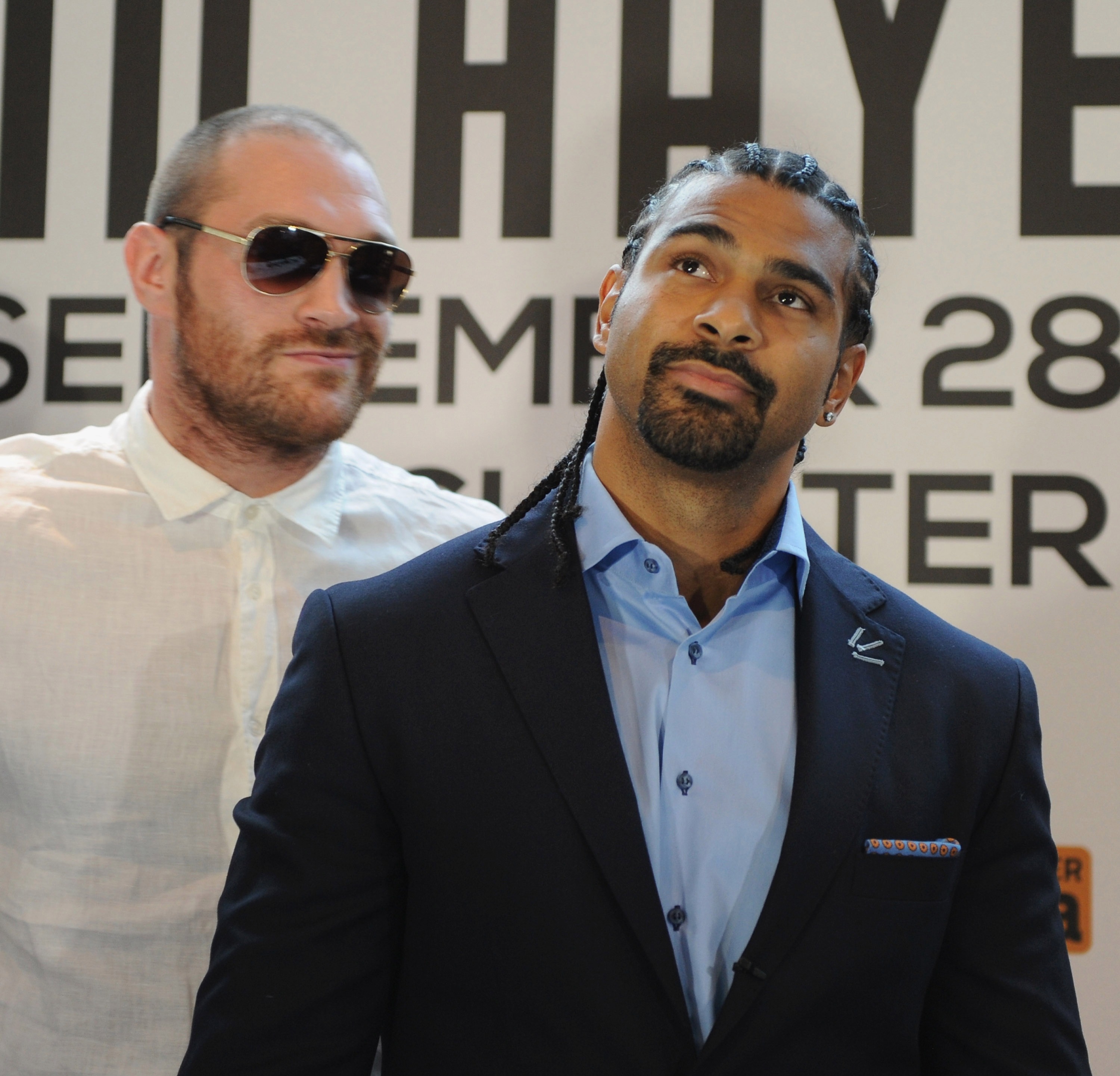 "He hadn't been through the trials and tribulations that's made him the man and fighter he is today."

To this day, the heavy-handed Haye firmly believes one of his trademark Hayemaker's would've put Fury out cold.

He said: "It would have been the perfect bit of matchmaking on my fight, if I was able to get him.

"He had been heavily knocked down by a non-punching cruiserweight in Steve Cunningham, so it was a perfect storm for me, but the fight didn't happen. 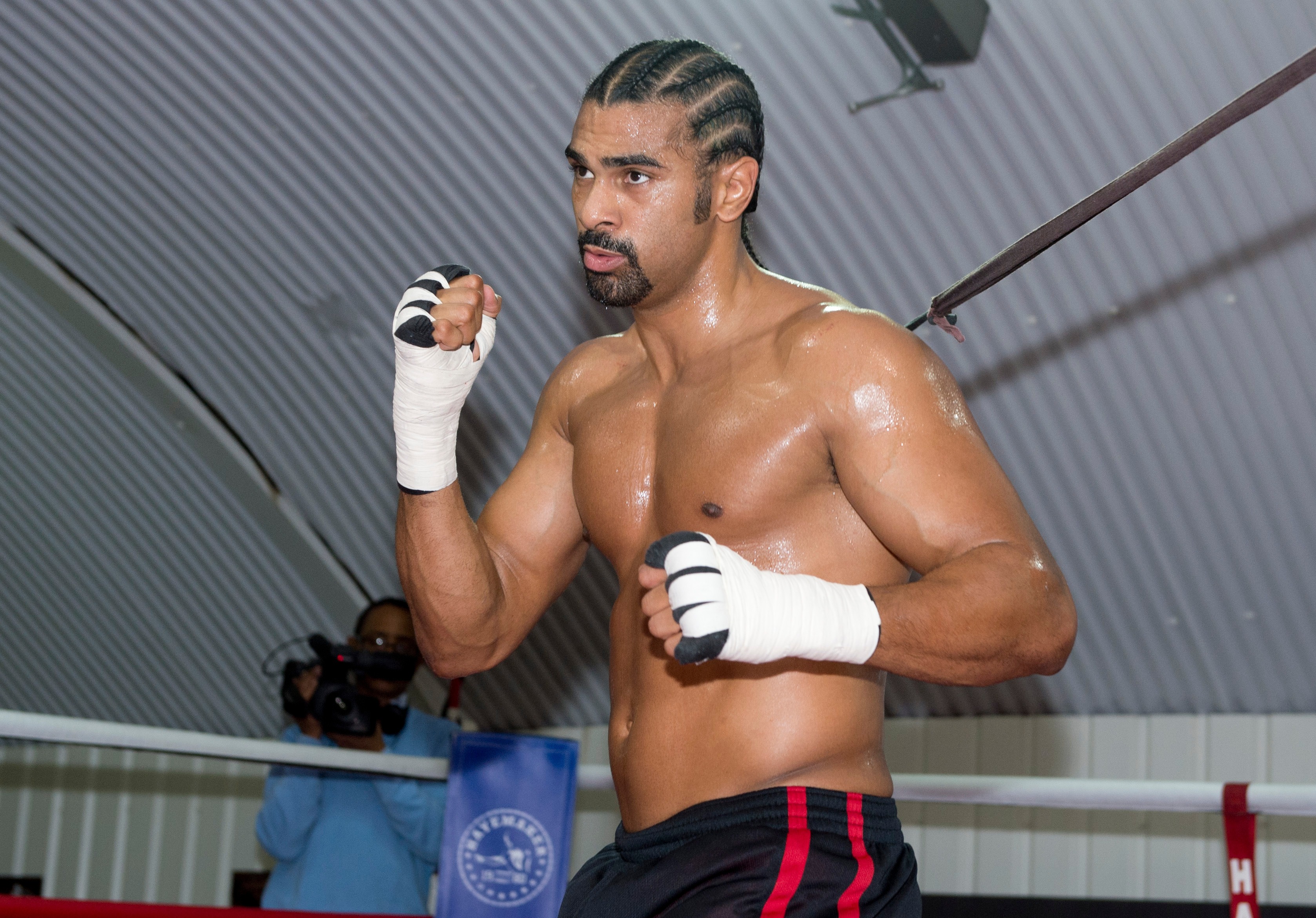 "I got a cut before the fight and it never took place."

Fury is currently gearing up for his long-awaited undisputed heavyweight title fight with Anthony Joshua.

A two-fight deal was agreed last June, with the first of the pair's meetings expected to take place in the summer.

And Matchroom Boxing chief Eddie Hearn has claimed the long-awaited Battle of Britain will be announced in the coming days.

He said: "We always had a time frame in place in the agreement that everybody signed.

"That can be extended but it's not the intention to extend it and we are all working to that time frame.

"Really, I think by end of next week it will be done.

"We can't wait. AJ has started his training camp and Fury has been training very hard. They all want the fight.

"There is no other fight out there that comes close for either guy. July is the date.

"The world tour is going well but I'm not answering any questions on that and I won't tell you where I've been."