MATTHIJS DE LIGT has given Manchester United fresh hope as he has not agreed a deal with Paris Saint-Germain.

That is according to his agent Mino Raiola, who also represents Paul Pogba. 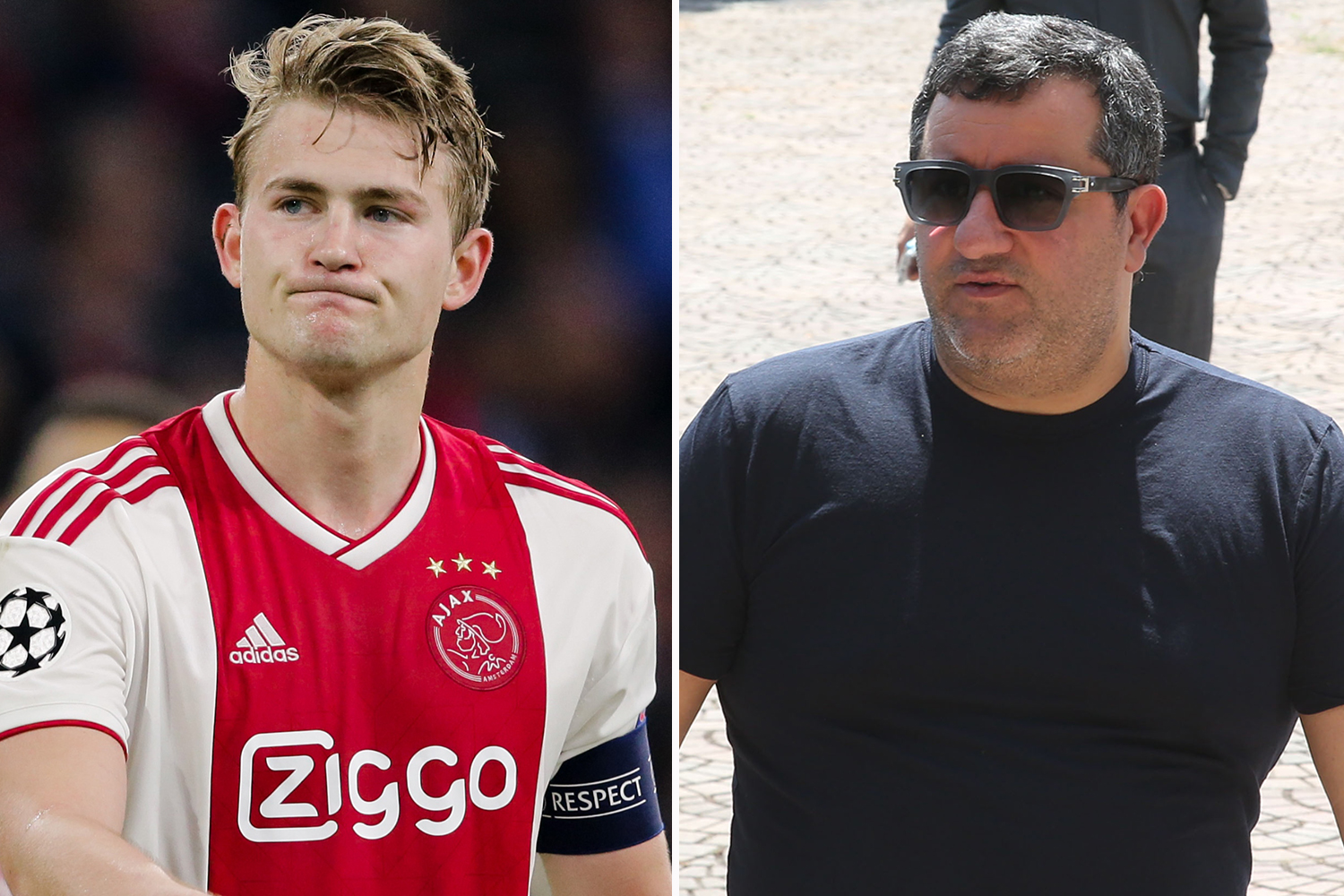 De Ligt, 19, who was instrumental in Ajax’s impressive run to the Champions League final last season, has caught the attention of Europe’s top clubs, including United, Barcelona and PSG.

The Dutchman who is thought to be valued at £60million could lead an exodus of players from the Eredivise outfit in the summer.

SunSport reported earlier this week that PSG had moved ahead of United in the race to sign the defender.

It was even thought that De Ligt would be Nou Camp bound before United and Manchester City registered their interest.

But Raiola has rubbished talk of a move to PSG, labelling it as “fake news”.

He said: “This is the classic example of fake news.

“The photograph of me and the French journalist in Paris? He asked me to take a picture together, but I did not know who this gentleman was.

“I have never spoken with him.”

De Ligt is already adamant that money will not determine which club he joins next.

He said: “Money is not the problem.

“The most important thing is knowing in the team where you go [that] you will have prominence and play many games.

“I still don’t know what my heart says. On my holiday, I will be able to think it over and decide what I am going to do with my future.