THIS is the race that sparked fury after a jockey was banned for a year for his ride.

South African rider JP van der Merwe has been suspended for 12 months for this effort on Fast And Fearless. 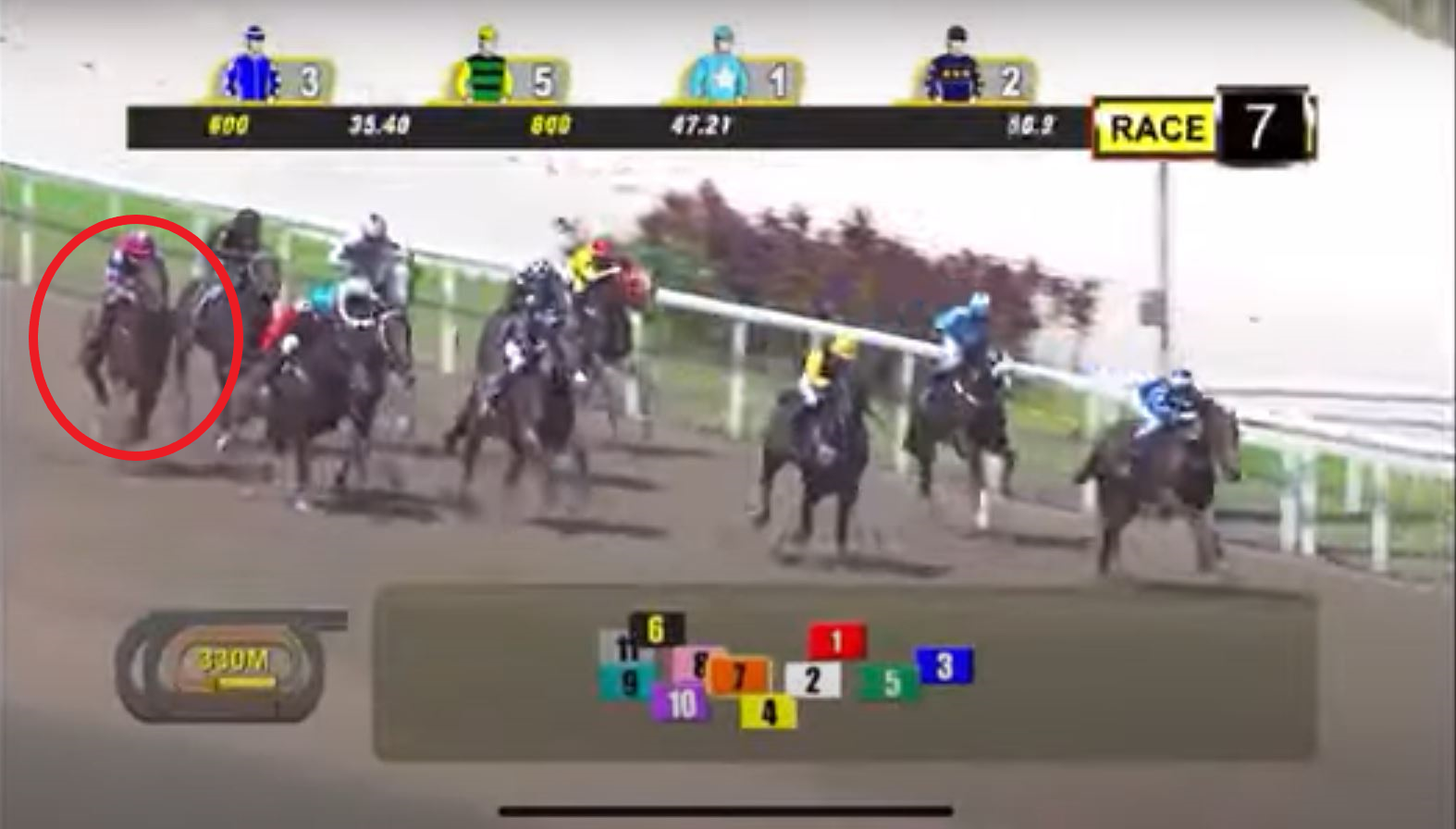 Van der Merwe looked to be making sweet progress on the outside in the Flat contest over six furlongs.

But he timed his charge a split section too late and finished second on the five-year-old at a Kranji racecourse in Singapore.

However, stewards took a dim view of his tactics and launched an investigation into his ride.

After taking evidence from Van der Merwe and the horse's trainer James Peters they deemed the jockey 'failed to take all reasonable and permissible measures throughout the race to ensure that his horse was given full opportunity of winning or of obtaining the best possible placing'.

The jockey was found guilty under the charge and stewards said in their report: "From the 400m until the 150m, he failed to ride his mount with sufficient vigour and determination when at all times it was reasonable and permissible for him to do so.

"When deciding on the penalty, the stewards took into account the serious nature of the charge, his record and his personal circumstances.

"Jockey Van der Merwe was disqualified for a period of one year with immediate effect."

Van der Merwe cannot race again until Septemer 7 next year, although he does have the right to appeal.

Punters thought the punishment far exceeded the crime, though, with some claiming he did as well as he could in the circumstances.

And it was argued the jockey – who one racing fan said was 'distraught' at the ban – was never going to catch the winner.

The punter said: "This is a gross and alarming miscarriage of justice.

"The only ‘fair penalty’ is a finding of ‘not guilty’ and complete vindication.

"I have been in discussions with JP who is understandably distraught and who will be lodging an appeal.

"As he finished second, the only question to be asked – and that is of course on the basis that there was wrongdoing on his part, which is vehemently denied – is whether he could have beaten the winner?

"As the winner won easing up by around two lengths, the answer must be an emphatic NO!"

Van der Merwe’s wife, Abbi Smith, said: "Many owners and trainers have called us and have pledged to stand and support us.

"It is a big help in a foreign country where we do not have the support of our family."